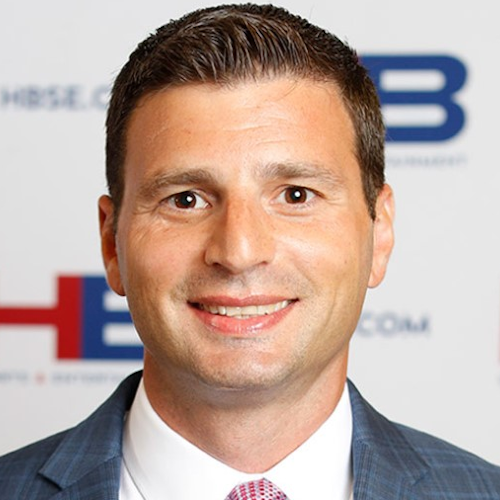 Davis joined the organization in February 2014 as Executive Vice President of Sponsorship and was one of HBSE CEO Scott O’Neil and HBSE President Hugh Weber’s first major hires under the organization’s new ownership. During his first two years with the New Jersey Devils and at the Prudential Center, Davis was played a crucial role in transforming the NHL team and arena an underperforming business to an award-winning, world-renowned organization.

In his first two years with the New Jersey Devils and Prudential Center, Davis overhauled the revenue-driving side of the business, combing all sales and servicing departments under one umbrella for the first time in the company’s history. His leadership and vision shaped an identity of the business and created a unified platform of offerings for potential partners. The realignment also created a synergy between ticket sales, premium and sponsorship departments, empowering executives to create partnership deals maximizing multiple verticals within the sports and entertainment property.

Under Davis’ direction, over the past five years, sponsorship revenue and ticket sales have doubled year-over-year and the company has generated more than 15 new partnerships with major brands such as Jack Daniels and Infiniti.  In 2016, Davis signed NJ-based health care provider, Barnabas Health, to the organizations largest revenue deal since the venue’s naming-rights agreement in 2007.

Davis joined Prudential Center and NJ Devils after six years as a Marketing Partnerships Executive at the Madison Square Garden Company.  Davis was responsible for generating new revenue streams across all Madison Square Garden divisions, including teams and live event verticals and premium and sponsorship inventory. Less than a year later, he was promoted into a Sales Management role in the Marketing Partnership division, where he executed the first-ever naming rights deal for the Madison Square Garden Concert Series, generating over $16 Million in new revenue. As a Sales Manager, Davis led a team of 15 sales and servicing executives and closed several multi-million dollar agreements, accumulating more than $20 Million in new revenue in 2009 and $16 Million in 2010.

Prior to arriving at the Madison Square Garden Company, Davis spent several years as a Sales Executive with the New York Yankees, Mandalay Sports Entertainment and the Staten Island Yankees.  In his role as Manager of Corporate Sales and Sponsorships with the New York Yankees, Davis was part of a two-executive team that generated over $50 Million in revenue annually; garnering them a No. 1 position atop Major League Baseball’s league-wide leaderboard in partnership revenue during that period.  Davis still holds the record for selling the largest non-naming rights deal in Single A history.

Davis sits on the board of Choose New Jersey, an economic development organization with a mission to encourage and nurture economic growth throughout New Jersey, with a focus on our urban centers.