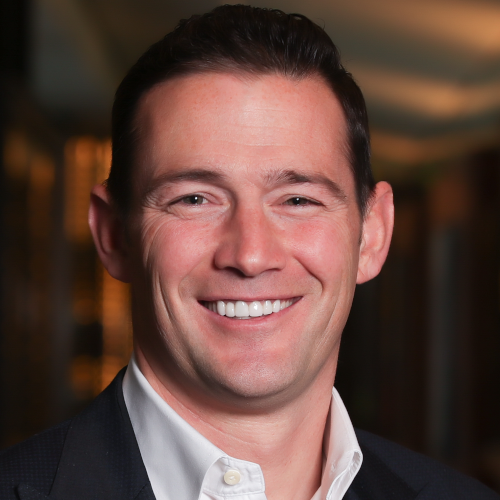 As Chairman and CEO of Elevate Sports Ventures, Al Guido leads the best-in-class sports and entertainment consulting firm that provides innovative solutions to organizations across the global sports and entertainment landscape. Guido concurrently serves as President of the San Francisco 49ers, where he is in his fifth season leading all strategic initiatives and business operations for the five-time Super Bowl-winning NFL franchise and its home venue of Levi’s Stadium. Guido’s career leading NFL, NHL and NBA franchises and award-winning industry consultancies has established Guido as one of the industry's leading operators. Driven by his signature mission to foster innovation with responsibility, Guido remains dedicated to leveraging the platform and brand power of sports and entertainment to generate positive impact across the globe.

In Guido’s seven years with the San Francisco 49ers, including one year as Chief Operating Officer, the storied NFL franchise has garnered global praise for business initiatives steeped in technology, analytics and innovation while annually ranking among the Bay Area’s Top Workplaces. During Guido’s tenure, the 49ers front office has established franchise records in season ticket membership sales and renewals, suite and premium seating membership sales and renewals, and partnership sales and renewals. Levi’s Stadium, which has hosted more major events than any other outdoor NFL stadium in the 21st Century, was designed, constructed and completed under Guido’s supervision, earning recognition for architectural greatness as Sports Venue of the Year in 2015 from the Sports Business Journal Awards, among all North American venues, and Stadium Business Awards, in Barcelona, Spain against an international field.

Innovation and technology, inspired by Guido’s dedication to operational detail and fan experience at Levi’s Stadium, has likewise garnered industry acclaim. Most recently, Levi’s Stadium’s Executive Huddle powered by SAP earned international recognition for most innovative venue technology from the 2019 Leaders Sports Awards and the 2020 StadiumBusiness Awards. Creating a technologically enhanced game day experience influencing sports venues across North America and around the world, the strategy for Levi’s Stadium developed by Guido and the 49ers executive management team focusing on technology and innovation has garnered best-in-class recognition from the 2015 White House Smart Cities Initiative, 2016 Depart of Homeland Security’s SAFETY Act Designation and 2019 NCS4 Stadium Security Award. Leveraging technology with sustainability, Levi’s Stadium has also generated international acclaim for its green efforts under Guido’s direction, most notably being the first NFL stadium to twice earn LEED Gold certification by the U.S. Green Building Council. For its green innovation and implementation, Levi’s Stadium was named the Environmental Stadium of the Year by the Green Sports Alliance in 2016 and the StadiumBusiness Awards in 2017.

Levi’s Stadium’s extraordinary operational and revenue success under Guido’s supervision -- beginning with his time as the lead consultant for Legends, the venue’s original sales agency -- established him as a preeminent expert in the field of sports venue, brand and team consultancy. Guido played a critical role in building Legends into a premium sports agency. Fueled by demand in the sports and live event industry for a truly connected, results-driven and innovative agency, and by the ambitions of the 49ers and partners Harris Blitzer Sports & Entertainment, Live Nation | Ticketmaster and Oak View Group, Guido launched Elevate Sports Ventures in 2018 during his third year as 49ers President.

A former college athlete, Guido’s dedication to using the powerful platform of sports and entertainment to drive change in society, backed by the philanthropic vision of the York Family and the 49ers Foundation, led the San Francisco 49ers to be named ESPN’s 2017 Sports Humanitarian Team of the Year and Beyond Sport’s 2015 Sports Team of the Year.

Guido’s innovation and inspiring management style has earned him a place at the podium at some of the largest industry conferences in the world, delivering keynotes at events such as: Leaders in Sport, Sports Business Journal’s World Congress of Sport, the IEG Pivot Conference, the World Football Summit, Venues Now, Bloomberg Power Players and more. Guido’s unique perspective on the sports and entertainment ecosystem and use of pioneering technology sports business have made him a recurring guest on Bloomberg, CNBC, FOX Business Network and more.

Prior to his roles as San Francisco 49ers COO and a founding member and senior leader for Legends, Guido led efforts with the Dallas Cowboys recently opened AT&T Stadium which broke industry records for stadium revenue. Additionally, Guido served in senior leadership roles with the NHL’s Phoenix Coyotes, helping achieve the first revenue increases in the 10-year history of the franchise and finishing in the top five in the NHL for new business sales. He began his career with Comcast-Spectacor, then owner and operator of the NBA’s Philadelphia 76ers, NHL’s Philadelphia Flyers, AHL’s Philadelphia Phantoms, Comcast SportsNet and the Wachovia Complex.

Prioritizing philanthropic efforts throughout his career, Guido has served on numerous boards or made contributions to organizations both local and national, including City Year of San Jose/Silicon Valley, the Navy Seal Foundation, the Coach K/Fuqua School of Business, the San Jose State Institute for Study of Sport, Society & Social Change, and the Advisory Council at the Positive Coaching Alliance. Guido received his Bachelor of Business Administration from the College of New Jersey, where he played wide receiver for the school’s football program.

A native of Washington Township, NJ, Guido and his wife, Thea, have three daughters, Estella, Sloane and Tatum who reside in Santa Clara, CA with their dog, Rocky.