An Alternative (and Simpler) Way to Negotiate Objections

An objection is not a negative in the sales process. It is a helpful tool if the salesperson is willing to dig out what the true objection is, and then navigate around, not through, the obstacle.
By Lance Tyson, Tyson Group 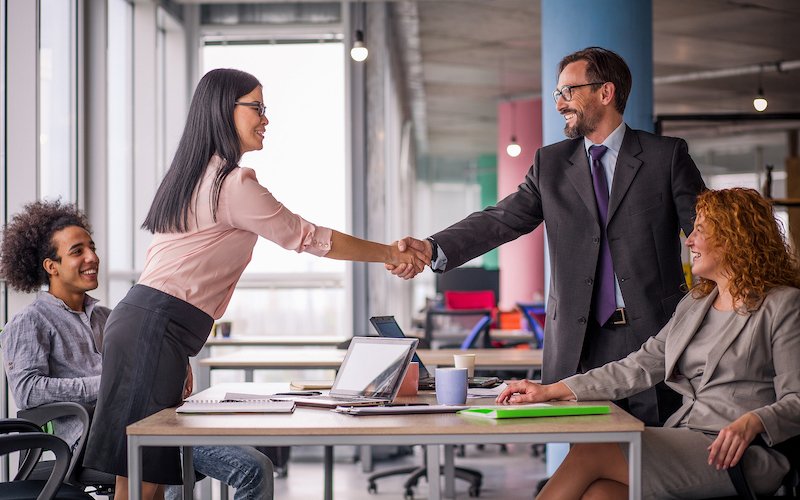 We’ve all had experiences where we feel a sale is going well, and we feel the momentum gaining. Then, out of the blue, brake lights. Everything comes to a screeching halt. A prospect will suddenly tell you that your price is too high, or that they don’t have the budget, or that they aren’t sure your product or solution really has value.

Sometimes in life, the best outcomes are produced from situations where you’ve had to overcome the greatest obstacles. The job of the sales professional is to take those objections and turn them into opportunities.

Cost. Value. Budget. Price. Those words mean different things to different people. In every single sale, be it complex or simple, there comes a time when the salesperson is going to have to get the prospect to explain and defend how they are defining these terms.

One time, we were doing business with an NHL team that was trying to sell a sponsorship package to a retail furniture store with four locations. The package was complex, as they were trying to sell a digital footprint that included in-game signage to drive traffic to the company’s website, as well as radio and TV media. And they were trying to sell a little hospitality by including a visit from one of the players to the store openings. The whole package was well over $250K, so the stakes were high. And the salesperson was doing great. He had the high ground, and as he approached the close, kicked out a textbook question.

I’ve watched a lot of high-level negotiators in my life deal with premium sponsorships and stadium naming rights, and I’ve never seen them do battle. On the contrary, they usually begin by finding points of agreement.

“So, what are your thoughts on moving forward?” he asked.

“I’m really concerned about the value here,” replied the president of the retail store.

Instead of getting the prospect to define, defend, and explain, the salesperson took the comment at face value and went back to the drawing board to carve out some things in order to lower the price. He went back a week later with a modified package that excluded some of the signage, a lower digital media spend, and less of the hospitality.

What was the president’s response?

In time, the salesperson was able to re-engage the buyer. One day, he approached him and just laid it out there.

“What happened?” asked the salesperson. “You said you didn’t see the value in what we were offering, so we got the price down.”

“Yeah, the spending was a little higher than what we wanted,” the president agreed. “But when you came back with the new package, you took out the thing that was most important to me.”

“What was that?” asked the salesperson.

The salesperson didn’t ask the buyer to force-rank which elements were most important to him, so he had actually taken out the thing that was least expensive for the team and the easiest for them to provide. That knee-jerk response derailed the entire deal.

When dealing with objections, it’s important to get a clear understanding of what the buyer is actually saying. We are obligated to have a dialogue about what those objections actually are, rather than making assumptions.

Salespeople sometimes get caught in a trap of reactivity around objections and start throwing better deals at the buyer without truly understanding what the objection is about. This situation puts the salesperson into a reactionary stance and turns the negotiating process into a game of whack-a-mole.

There’s a lot of advice out there about how to “battle objections.” But if the intent is to do business with someone, is that really the wisest way to approach their concerns?

I’ve watched a lot of high-level negotiators in my life deal with premium sponsorships and stadium naming rights, and I’ve never seen them do battle. On the contrary, they usually begin by finding points of agreement. There’s definitely a lot of positioning going on, but it’s not a battle because if the two entities plan to do business with one another for a long period of time, battling won’t do anyone justice.

We don’t deal with objections. We deal with people. And part of that process is resolving objections. Rather than approaching the negotiation process like going in to do battle with the prospect, let’s consider an alternate definition of the word:

I prefer this definition because it’s something we do every day. As an example, I negotiate when I’m navigating my car around obstacles to get into a parking space. Rather than battling with those obstacles, I simply navigate around them. By looking at it this way, the objections and negotiation actually go hand in hand, and the dialogue with the prospect is simply a process of coming to a consensus.

The first step in a successful negotiation is to find points of agreement with the buyer. Here are three tips:

Once you have a real handle on the objections, you’ve found your navigational path towards resolving them, and you can begin to negotiate. Remember, the objective is to close the deal. Objections can actually be viewed as helpful steps towards this process, if you’re open to learning more about them.

Lance Tyson is the Owner, President, and CEO of Tyson Group.

REGISTER TODAY for ALSD 2019, where attendees will have two opportunities to learn from Tyson Group's Allison Schuller, including during her presentation entitled “Prospecting: Drill Bit v. Hole” during the Sports Sales Training Forum.