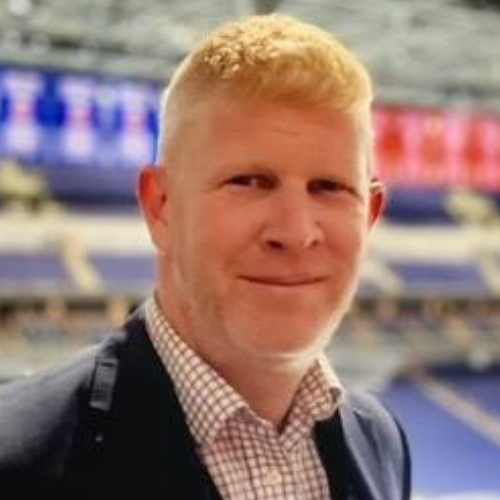 Anthony Kleinman serves as an assistant general manager for Delaware North, the food and beverage partner at the state-of- the-art UBS Arena in Elmont, N.Y.

In his role, Kleinman oversees 35 salaried managers and all aspects of the $50 million food and beverage operation at the multipurpose arena. He was part of Delaware North’s preopening design team that guided the development and implementation of UBS Arena’s innovative foodservice program, which features market-style concessions, autonomous checkout stores and a wide range of VIP suites and clubs.

Kleinman joined Delaware North in 2015 as a concessions manager at Dunkin’ Donuts Center in Providence, R.I., before being promoted to director of concessions at MetLife Stadium, home of the NFL’s New York Jets and New York Giants. He has supported multiple signature events and milestones for Delaware North, including MLB All- Star Games, the Stanley Cup Final and the opening of new venues such as Climate Pledge Arena in Seattle.