In the midst of a $192.5 million physical transformation of Philips Arena, the Hawks are concurrently transforming guest services with their SMILE 2.0 philosophy.
By Jared Frank, ALSD 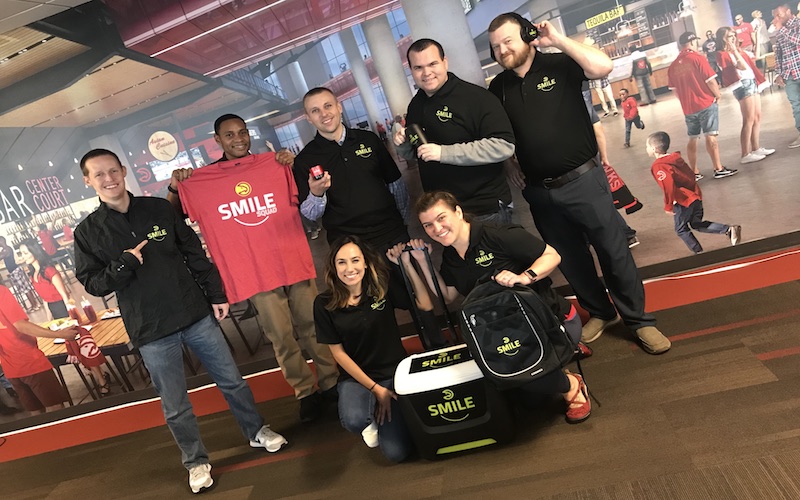 Atlanta is the center of the sports universe in 2018. With multiple new builds and major renovations in the city, it’s a competitive marketplace, not just for attracting fans, but also for recruiting the best employees. For the Atlanta Hawks, the recruitment, training, and retention of the best workforce starts with a smile.

For the 2017-18 NBA season, the Hawks and Philips Arena have installed SMILE 2.0, a program defined by the organization’s philosophy to provide exceptional employee and guest services.

The SMILE mantra starts with southern hospitality, fitting for its geographic region.

“Our focus, being in the southeast, is delivering southern hospitality through our SMILE program for all of our fans,” says Brett Stefansson, Executive Vice President and General Manager of Philips Arena.

The entire SMILE acronym is S: Southern Hospitality, M: Make a Moment, I: Individuals Matter, L: Loyalty, E: Empowerment. Aside from describing important core values, the acronym simplifies the spirit of the initiative, making it easy to instill and remember.

“It was really important to have buy-in from everyone who is going to live it and breathe it every single day,” says Stefansson. “The acronym makes it top of mind.” 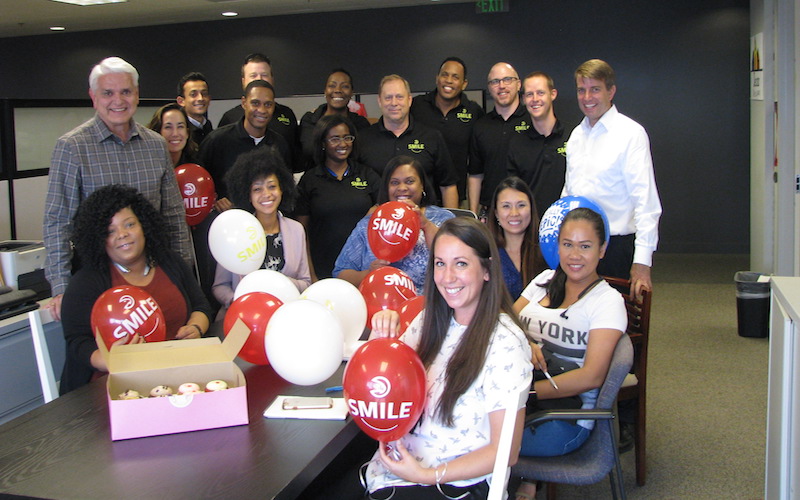 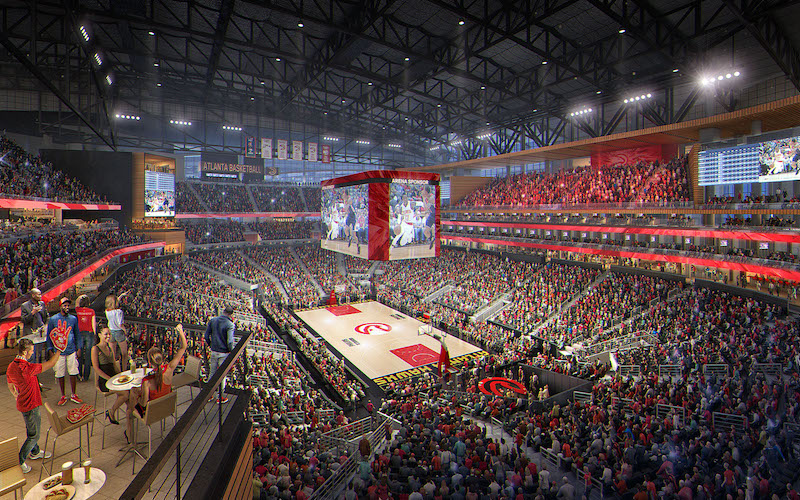 The Atlanta Hawks are concurrently transforming Philips Arena with a $192.5 million renovation and its guest services with the SMILE 2.0 philosophy.

More Than an Acronym

To help bring passion for guest service to life, the Hawks and Philips Arena partnered with Bill Carl Johnson Consulting Group, whose founder comes with a Disney pedigree.

And yes, what the Hawks and BC Johnson came up with is cute and easy to remember, but SMILE is more than a fluffy acronym. It’s a culture, one that starts with recruiting top talent, then engages those candidates from the beginning with training and onboarding sessions, so they know more than their task, they know their purpose in Philips Arena.

“I describe it as a racecar,” says BC Johnson, Founder and President of Bill Carl Johnson Consulting Group. “And you want to make sure you put the right fuel in that racecar for the culture to come alive.”

One way SMILE 2.0 trains purpose, and not just task, is by simply rewording the nomenclature of the service staff hierarchy. For example, supervisors are now “Ambassadors”. Ticket takers are rebranded as “Entrance Hosts”.

“By rebranding to what the purpose of the role is, you lean into the elements of SMILE,” Johnson says. “It’s a subtle reminder of what they are there to do, and that is to serve.” 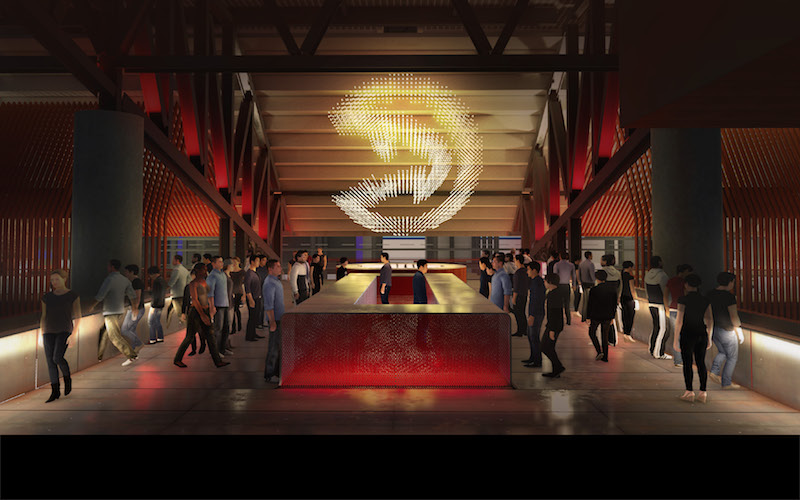 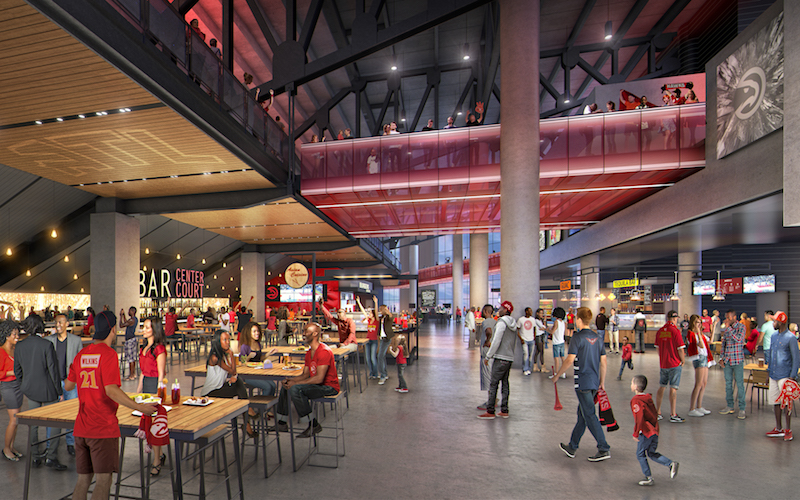 More Than a Pat on the Back

The part-time labor pool is difficult in general. In Atlanta, multiple new and renovated buildings are fighting for that same pool.

To maintain Philips Arena as an attractive place to work, the Hawks did a market analysis to make sure they were properly paying people.

“We made some adjustments to our wages to ensure we are paying a fair and, in a lot of cases, above average wage,” says Stefansson.

A rewards program was also instituted to develop the employee value proposition.

“It clarifies what the Hawks stand for in terms of employee experience, which helps differentiate them in the market,” Johnson says. “And we came up with some quick wins around spot recognition and even a referral bonus. 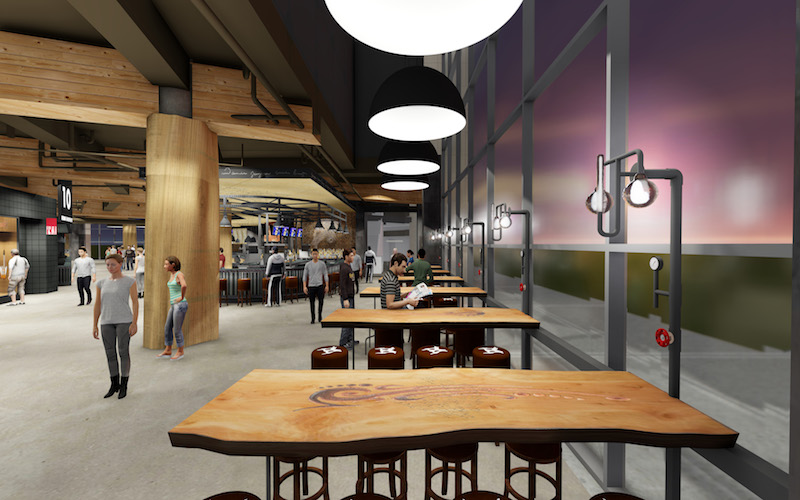 More Than a One-Time Training

Johnson, who is based in Florida, is in Atlanta with frequency, but certainly not every day, so training the trainer becomes vital to reinforce pillars throughout the season.

“We did a lot of work with the staff before the season started,” says Johnson. “We called them ‘training camps,’ much like a team has training camp. Then the way we look to sustain it is at that front-line supervisor level. They’re the ones that have to reinforce good behavior. They’re the gameday coaches if you will. So we upskill them to ensure this is sustainable for years to come.”

Being the first year of SMILE 2.0 implementation, Stefansson and Johnson are currently creating a baseline to measure year-over-year success of the program, which will be quantified largely by retention rates, fan survey results, and secret shoppers.

“We secret-shop literally every event in the building,” says Stefansson. “And that gets dumped into an analytics database, and our team pushes out a dashboard to focus on specifics at an executive level to understand how we’re tracking.

“We’re getting the baseline in place now, so we’re hitting on all cylinders when we open up in October.” 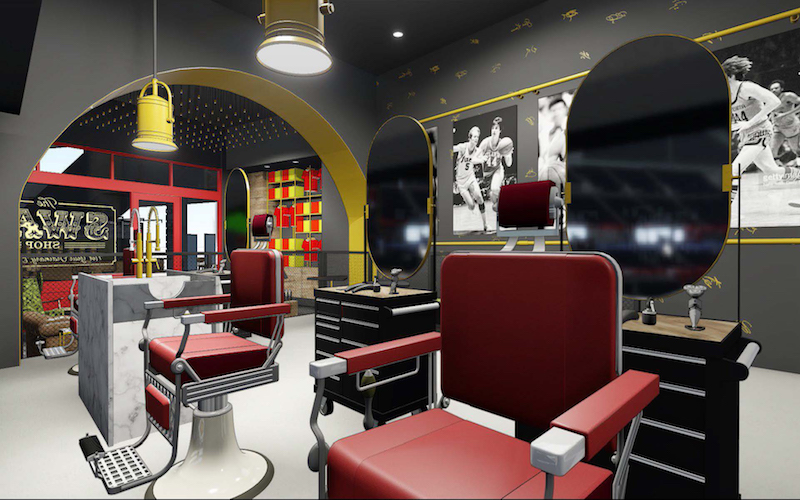 Atlanta native and hip-hop artist Michael Render, aka Killer Mike, will open one of his signature SWAG Barbershops inside the arena. 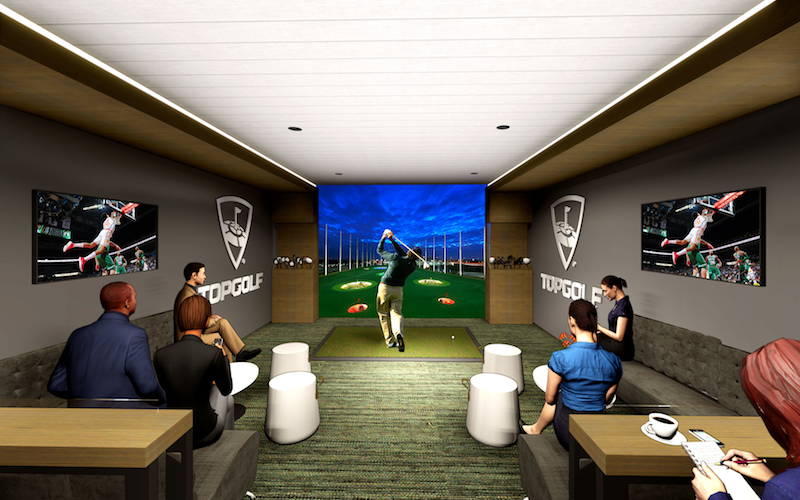 Hand in glove with the philosophical SMILE 2.0 transformation is the $192.5 million physical transformation of Philips Arena, due to open its doors in October.

“For us, that means the opportunity to gut the entire building and open up what we think is a brand new building,” Stefansson says. “We get to do a lot of fun stuff that makes a difference for our fans and their experience.”

New amenities coming to Philips Arena include a nursing room for mothers and sensory-inclusive spaces for guests with conditions such as autism.

“It’s important that everyone is able to come out to Philips Arena and enjoy an event,” says Stefansson. “We’re also working closely with the architects (HOK) to ensure we’re either meeting or exceeding all ADA requirements. We want to make the arena as user-friendly as possible for as much of the general public as possible.”

A revamped 360-degree concourse and multiple new social destinations are also part of the renovated offerings.

The new fan-centric gathering spots include Hawks Bar, the NBA’s first bar on the floor, located just feet from the court. From Atlanta native and lead singer of the Zac Brown Band comes Zac Brown’s Social Club, a southern gourmet-style restaurant that will feature a live music stage. Another Atlanta native and hip-hop artist Michael Render, aka Killer Mike, will open one of his signature SWAG Barbershops inside the arena, allowing fans to get the full “Shaves, Washes, And Grooming” treatment while viewing games. Topgolf Swing Suites, another new social experience will feature two Topgolf simulators, HDTVs, comfortable lounge seating, food and beverage service, and a view into the arena bowl. All of these unique destinations will be firsts-of-their-kind inside a major sports facility.

The transformations happening at Philips Arena are about more than customer service or venue renovation.

Johnson adds, “The attention to detail, not only from an arena side but an employee side, is something I haven’t seen before.”