The new home of the Kannapolis Cannon Ballers (Low-A affiliate of the Chicago White Sox) represents the rebirth of the North Carolina town, brought to life through patience, planning, and the right partners.
By Haley Hassler, Barton Malow Builders Director 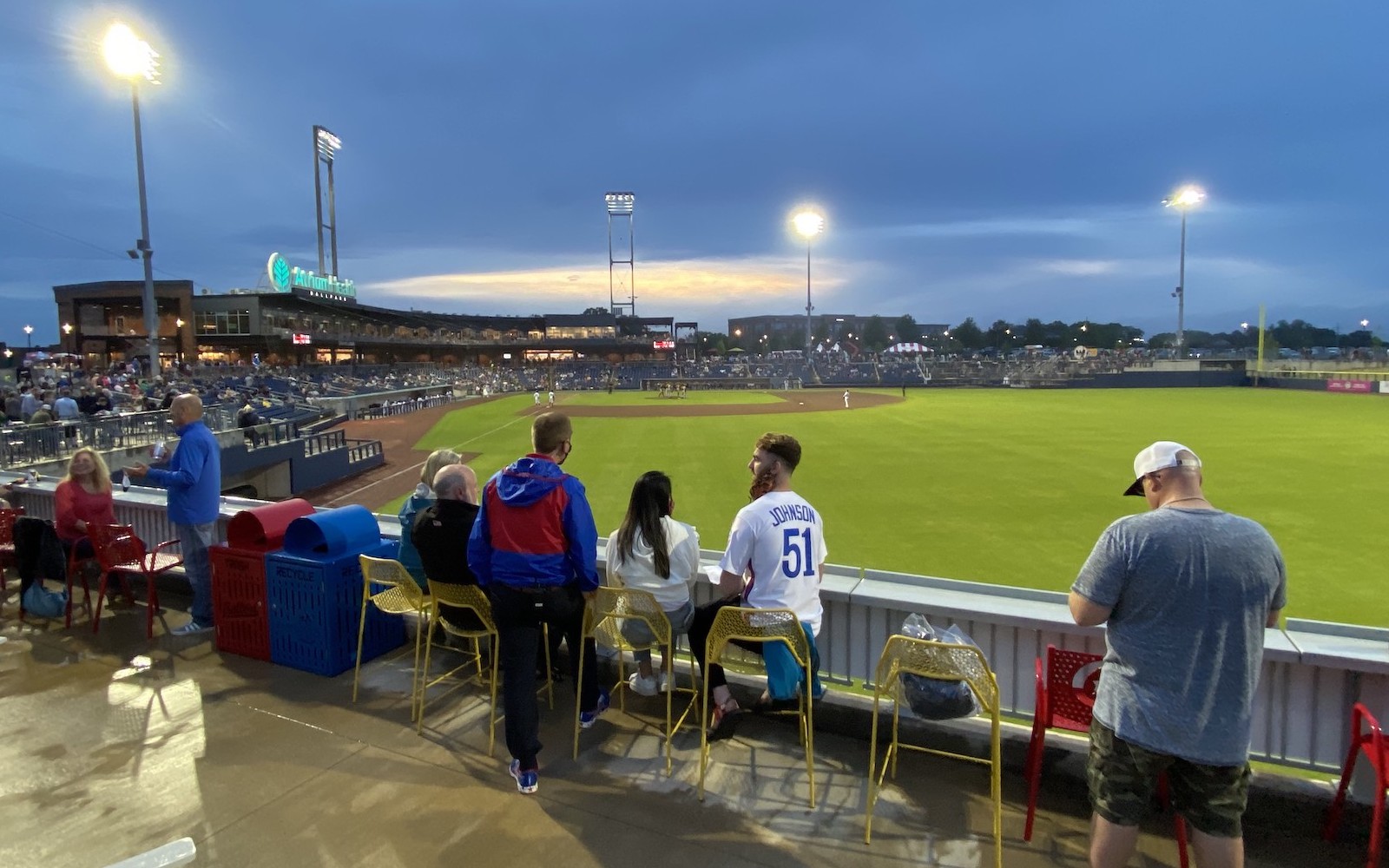 In 2015, the City of Kannapolis, North Carolina began working on a master plan to guide the process of its downtown revitalization. Following a period of challenging economic conditions due to the closure of the city’s dominant employer, Kannapolis decided to invest in the health of its economy.

Barton Malow was honored to be as a significant player in these efforts. Having built over 30 ballparks around the country, the contractor was selected to build what is now called Atrium Health Ballpark, the new home of the Kannapolis Cannon Ballers (Low-A affiliate of the Chicago White Sox), as well as the surrounding West Avenue Infrastructure/Streetscape project.

Fast forward six years. The date is May 4, 2021, and Kannapolis Mayor Darrell Hinnant stands on the concourse of Atrium Health Ballpark following the Opening Day game of the Kannapolis Cannon Ballers. Hinnant watches fireworks explode into the night sky along with thousands of other Kannapolis residents at a ballpark that marks the first major phase of Kannapolis, North Carolina’s 2030 Master Plan.

On this spring night, the ballpark symbolized the journey of a small, once left for dead mill town and how it picked itself up off the mat and reinvested in the community. Doing so required patience, planning, and the right partners. 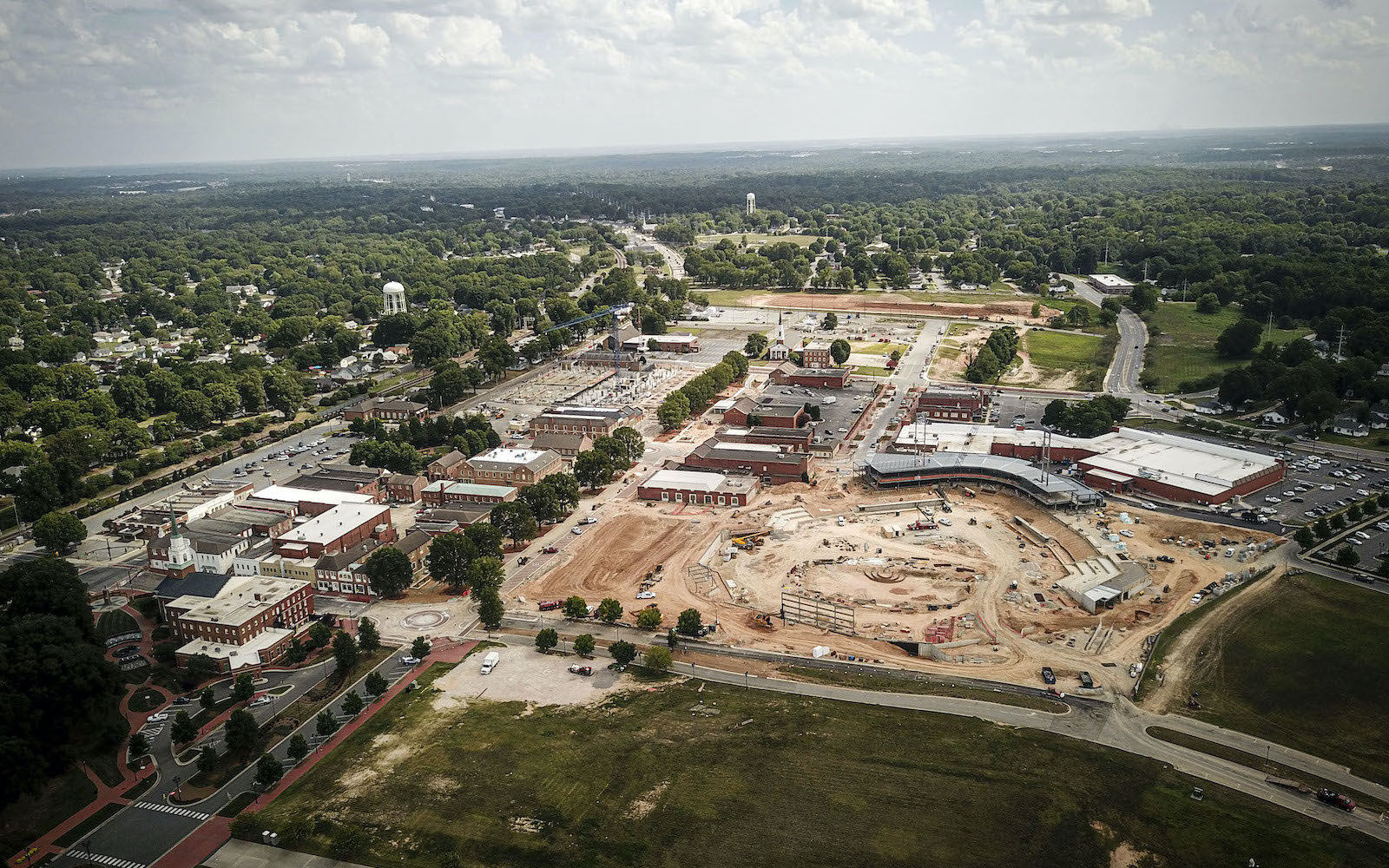 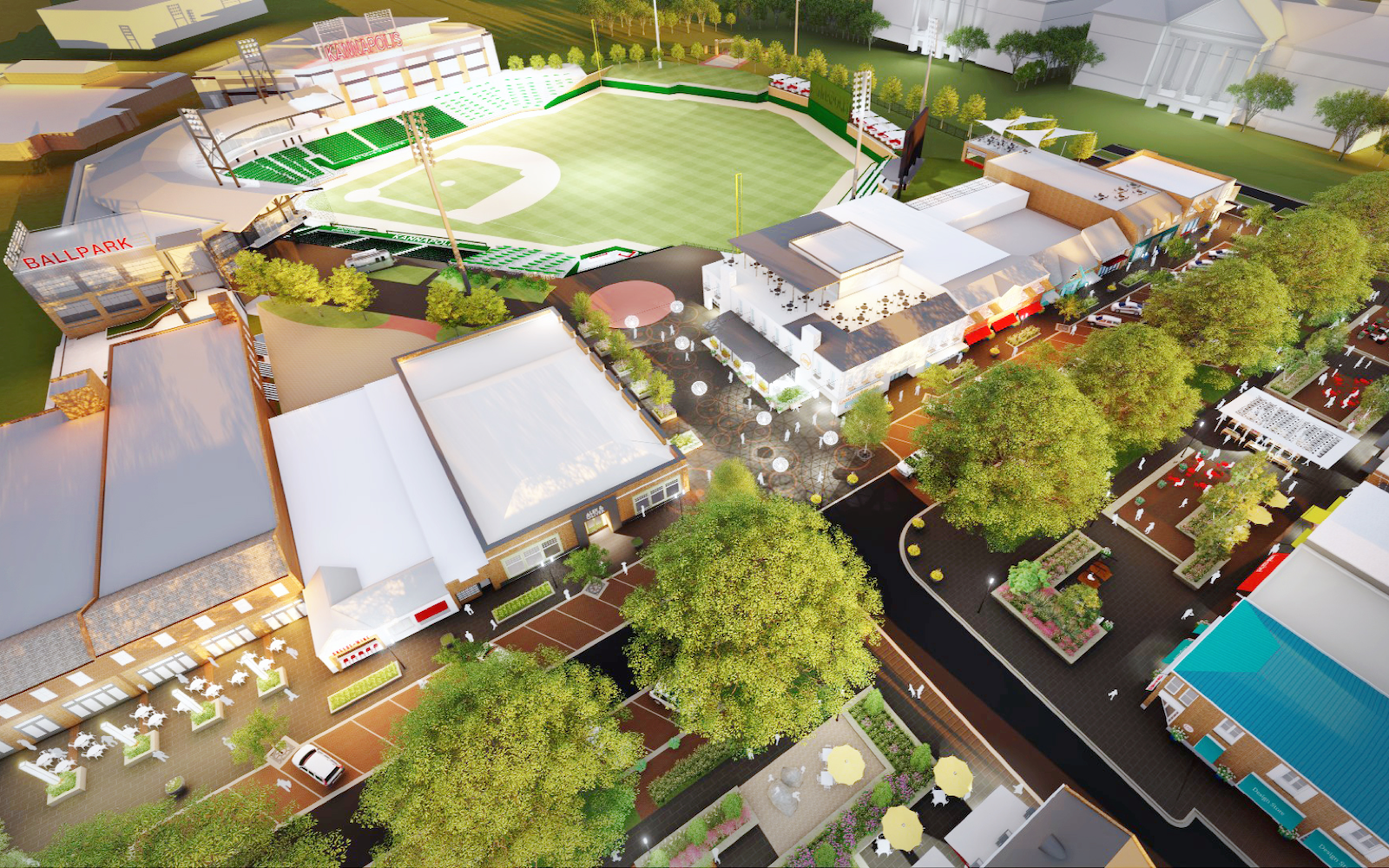 The city’s vision of a downtown mixed-use development to rejuvenate the local economy comes to life in Kannapolis.

Kannapolis’ roots are in its mill. Cannon Manufacturing began production in 1908 and just six years later became the world’s largest producer of sheets and towels. Cannon Manufacturing eventually became the Cannon Mills Company, and as it grew in employees, so too did Kannapolis. By 1984, it’s estimated that 30,000 people worked at Cannon Mills. All aspects of Kannapolis, from housing to infrastructure, were centered around these operations.

However, as the textile industry changed, so too did Cannon Mills. The mill was sold numerous times, and workers were laid off. The mill was eventually sold to Pillowtex Corporation, which filed for bankruptcy in 2000. Eventually, the mill closed in July 2003, laying off all 4,340 workers in the largest one-day layoff in North Carolina history.

City administrators faced a critical decision amid this economic uncertainty – diversify or go under. They chose the former, but at the same time recognized that it was something they had never done before. While the city was primarily focusing on creating its master plan and economic development, it needed partners it could trust to deliver on the projects it wanted to help reinvent the community.

For the first two projects on its master plan (an Infrastructure/Streetscape project and the construction of a new sports and entertainment venue), Kannapolis selected Barton Malow as its builder. A top-ranked contractor headquartered in Southfield, Michigan with 15 offices in 10 states, including one in nearby Charlotte, Barton Malow has been building for nearly a century and involved in the sports market for more than 80 years. What ensued was a collaborative effort between the city, builder, and designers that ultimately cumulated in the completion of a major phase in Kannapolis’ rebirth. 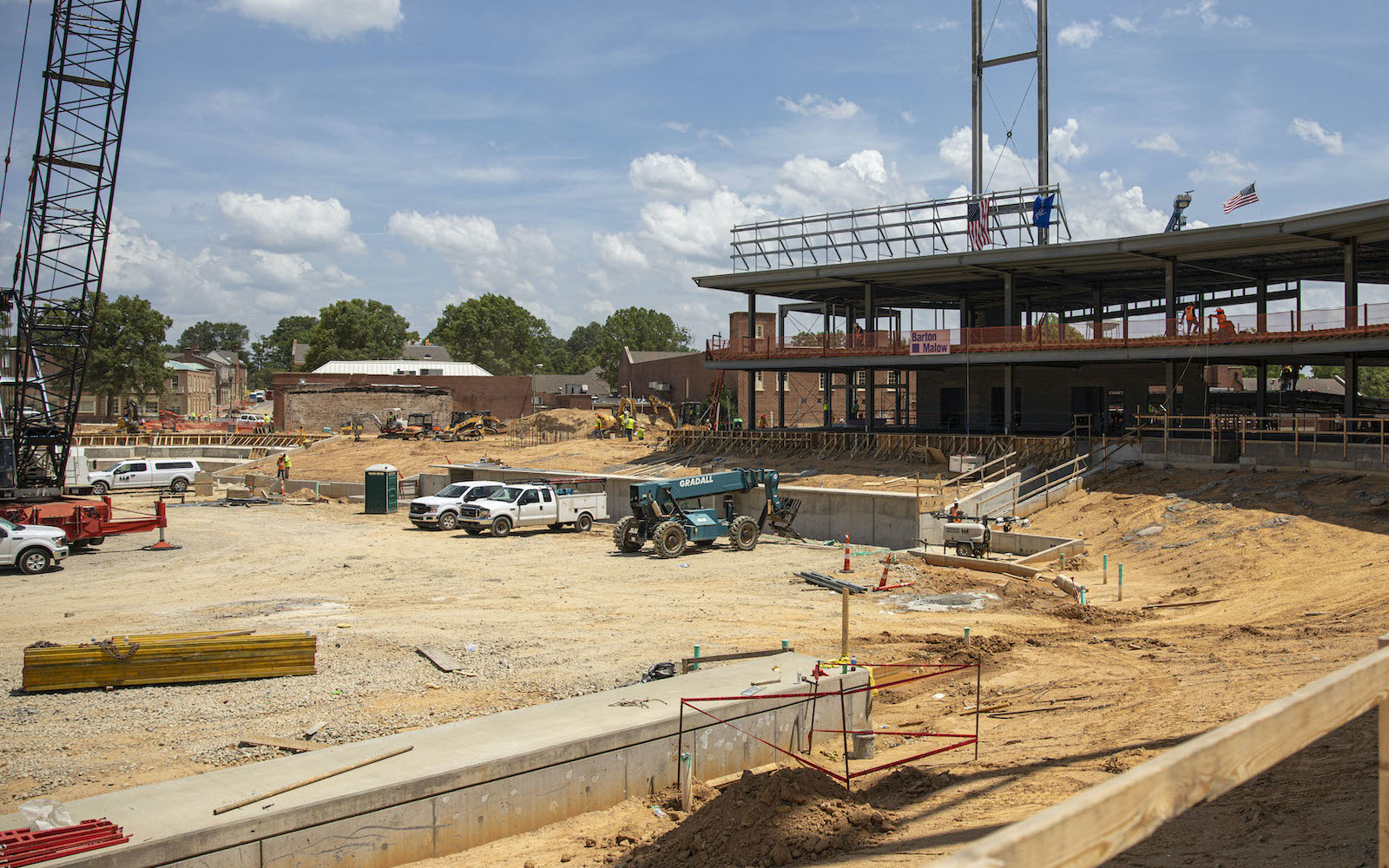 Projects Based on Trust

What components of the project are most important to the city and to the baseball team?

That was the big question Barton Malow’s project team routinely asked throughout the job. Doing so helped Kannapolis craft a procurement strategy that allowed the city to manage value the way it wanted.

For example, selecting the right video board was a priority for the city. Originally, the video board selection was in Barton Malow’s contract, but the builder was willing to give up that scope to allow the city to make a selection on best value, not solely on cost. Ultimately, the city made their selection, but the Barton Malow team worked with the city to draft a work scope and schedule, review bids, and sit in on interviews with prospective manufacturers, just as it would have if the video board was on its side of the ledger.

It’s this collaborative environment that led to high levels of trust on the project. Kannapolis trusted Barton Malow to do its job and make the best decisions. And when there were times that conversations needed to be had, they were had. All parties stayed in their own lanes, and as a result, the project operated efficiently and effectively.

On some projects, the sole motivator for ownership is to get as much as they can for their dollar, which can cause tension. This project was no different. Cost and budget were at the forefront from the start, but the mutual success was based on trust, accountability, partnership, collaboration, and communication. In the end, this experience served as an ideal motivator for Barton Malow to do its job and do its job well. 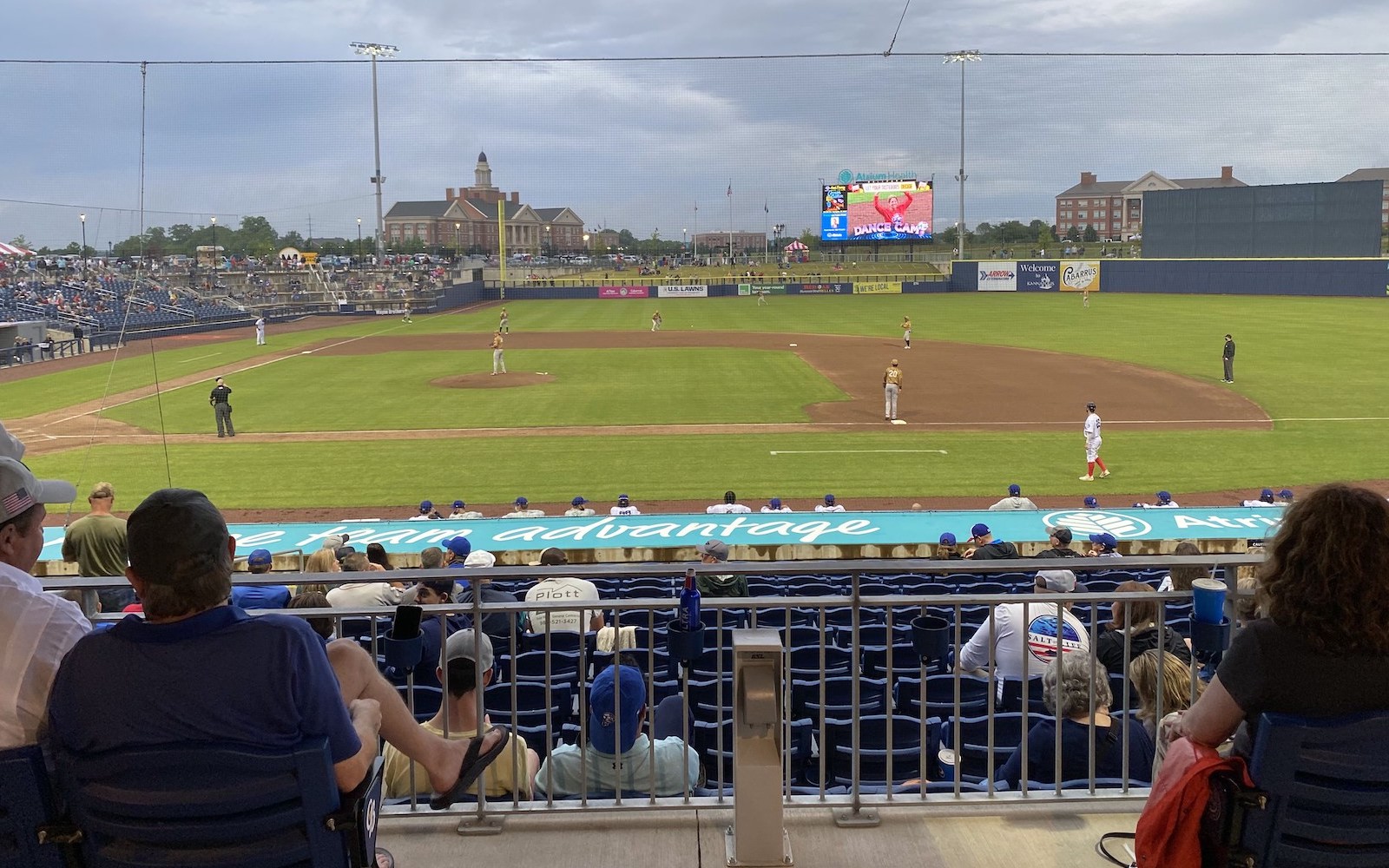 As the final firework burst into the night sky on May 4, 2021, the community culminated the celebration of a new, 4,930-seat ballpark designed to also host music concerts and other community events. The investment has already paid off in more businesses relocating to town and residents moving back to the city center.

In 80 years of building sports projects, Barton Malow has never missed an opening day. And while Atrium Health Ballpark’s opening day was delayed by a year due to COVID-19, it was worth the wait.

Learn More at ALSD 2021: Plan to attend the 8th Annual Sports Venue Design & Build Forum, held in conjunction with the 31st Annual ALSD Conference and Tradeshow, to participate in sessions such as “Master Planning Key Contributors”.