A Conversation with Andrea Smith 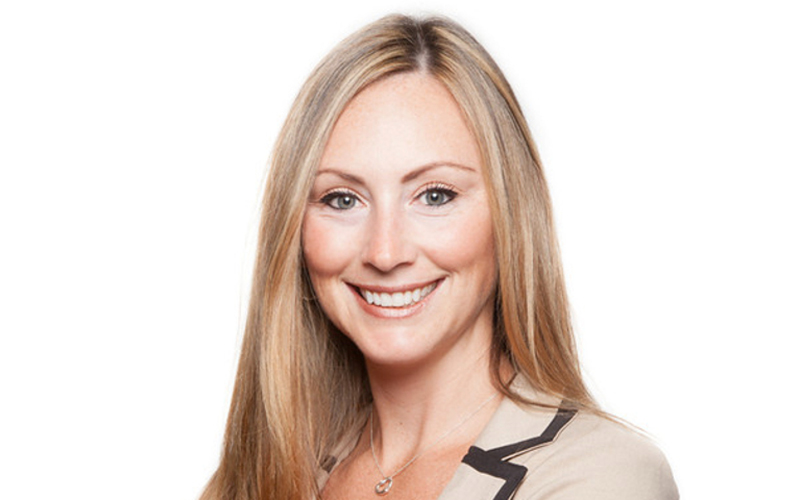 SEAT: For those who may not know your background, how did you get from your hometown of Buffalo, New York to Los Angeles, California?

Andrea: Well, I went to college and played volleyball at SUNY Cortland. And around the time I finally came to the realization that I wasn’t going to play professional volleyball, I switched my major to sport management from elementary education because I thought it would be fun to stay in sports.

After college, I was able to stay involved with volleyball by securing an internship with the AVP Pro Beach Volleyball Tour. So the day after I graduated, I flew out to L.A. and got an apartment. When I moved out here, I didn’t know a single person.

SEAT: I can’t say I know much about volleyball or anything about the AVP. Can you tell me more about the organization and what kind of work you did there as an intern?
Andrea: I loved working for the AVP. It’s a great organization, and I was able to travel to all of the places where the tour played. It was a college volleyball player’s dream internship and a perfect introduction to the Southern California lifestyle.

In addition to staying close to a sport I love, it was a great internship because I able to get my hand in numerous aspects of the business, including sponsorship activation, client relations, player personnel, and game promotions. It was also the year that Kerri [Walsh] and Misty [May-Treanor] won their first gold medal at the Olympics, so that really helped with our tour publicity and sales.

SEAT: After the “dream” internship ended, what came next?
Andrea: I went to a job fair at STAPLES Center and met many of the local teams, including the L.A. Sparks of the WNBA. Two months later, the Sparks gave me a call and told me they had a position available.

I was with the Sparks for three years, two as Community Relations Coordinator and one as Manager of Client Relations, which was the first time I was able to work directly with season ticket holders. I was responsible for managing all renewals and creating a membership loyalty program – I fell in love with that part of the job.

After those three years, I was ready for the next step and fortunately there was an opening at AEG in the premium seating department as a Premium Services Account Manager. This was great because I was still able to work with the Sparks, but also got to take on the challenge of working all the Lakers, Clippers, and Kings games, as well as concerts, special events, and at the time, we also had the Arena Football League team, the L.A. Avengers.

I was in that role at the same time that L.A. LIVE was opening, which was an exciting experience. It was amazing to see it transform from a parking lot to what you see today.

SEAT: We first met when you worked for the Padres. What took you down to San Diego?
Andrea: When the Padres created a position for an individual to oversee all of the suites and suite retention at Petco Park, I interviewed for the role and was fortunate to get that position. It was perfect for the stage of my career that I was in. I was able to take everything I had learned at STAPLES Center and implement it at Petco Park.

STAPLES Center and Petco Park are two completely different venues in two completely different cities. So it was great to have a new experience and a new challenge to create custom programs and events for a new market while also focusing on selling suites and premium packages. I also spent time in the sponsorship department, which gave me experience not only in suites, but also creating partnership deals and helping drive retention of sponsorship elements. I loved my job in San Diego and enjoyed learning and working alongside the group that had been assembled from several other teams and leagues.

SEAT: What brought you back to L.A.?
Andrea: Out of the blue, I received a call from Michele [Kajiwara], who I had worked with previously at STAPLES Center and had stayed in touch with over the years. She informed me that my former boss had moved on and the position was open. I was offered the job and made the decision to come back to STAPLES Center, coincidentally, the place I had gone to for the job fair ten years earlier.

So I now manage a team of seven on the premium services side: five account managers, one premium seating coordinator, and one event planner. I have been here for the last nine months. There is such a different pace and constant energy in L.A. and at STAPLES [Center]. It’s such an iconic place to work. We joke in the office that we work at a place where other people come to take pictures.

SEAT: You’ve had the opportunity to work in many different departments within a sports organization. How does that help you today?
Andrea: Because I have been able to wear so many different hats, I have been able to learn so many different things that now help me in my current role. Because I have a good understanding of what people do in other departments, it allows me to think differently about what I do. It helps me look at the big picture and at an entire event, instead of just at premium. And if I don’t know enough about a particular area or event, I try to talk to those people who are experts in those areas in order to continue to learn.

SEAT: A unique part of your narrative is that you grew up in this business. How do you think that prepared you for where you are now?
Andrea: I think when you grow up around it, it just becomes more natural. For me growing up in Buffalo, I went to every single Bills game. Then after each game, I would go inside the offices and meet all the employees. It just became normal. I didn’t think twice about it.

I even learned how to drive in the Ralph Wilson Stadium parking lot. And being able to go to the Super Bowl had an effect. I was so young that I thought, again, that was normal. One of the best benefits of growing up in the game is that experience.

With all that being said, while the access was important, the number one thing that I learned about the business from my dad is work ethic. My dad traveled and was on the road so much. He was a good role model for work ethic, being passionate about what you do, and not being afraid to make a decision if you believe it is the right thing to do for the company.

I also learned early on the fact that sports are fun, but also a serious business, and not just for the players, but also for the sponsors and for those people buying tickets.

It must have had an effect. I’m doing what I’m doing, and my brother is a college scout for the Redskins. And my boyfriend is a scout for the White Sox. When my dad, brother, and boyfriend get together, that’s all they talk about is scouting.

SEAT: It must be fun just to be a fly on the wall when they get together.
Andrea: It is interesting to learn about. But when they’re together in the same room, I’m like, see you later. I’m going to the beach!