A Conversation with Steve Sayer, The O2 London

The Vice President and General Manager at The O2 discusses thoughtful use of real estate, experiential food and beverage concepts, sustainability measures, ticketing innovations, and selling the 25-millionth ticket at the “Venue of the Decade”.
Interview By Katie McIntyre, ALSD International 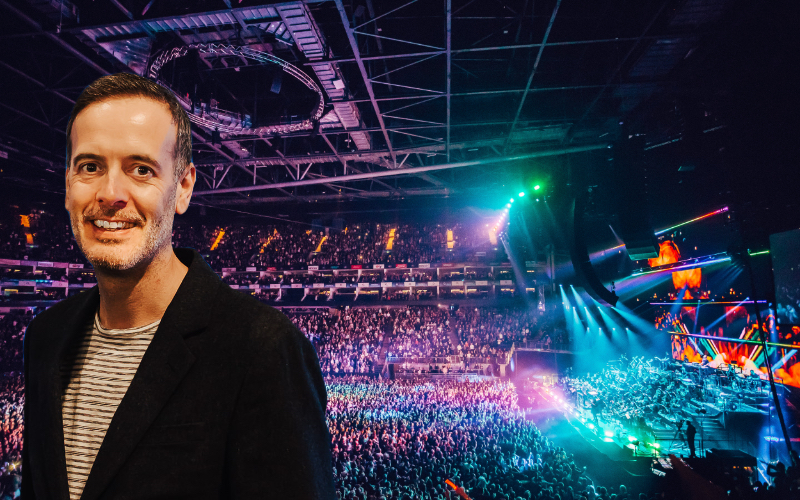 Steve, can you share with us a little bit about yourself, your background, and career highlights?

I enjoyed a long career at Manchester City Football Club, working across a range of different commercial roles, prior to joining The O2 in 2014 as Commercial Director. I was then promoted to the role of Vice President and General Manager in late 2018.

After a long stint leading sponsorship and partnership activation for Manchester City, following the Abu Dhabi investment, I was instrumental in overseeing all aspects of the fan experience, including premium, ticketing, membership, merchandising, food and beverage, and event-day operations.

Since joining AEG Europe, I have built on my experiences to drive the commercial agenda for The O2 , the world’s most popular music, entertainment, and leisure venue. As a senior member of The O2’s leadership team, I work closely with the European board to identify and activate new revenue streams.

“You can’t always measure projects simply on financials and ROI.”

In my time at AEG, I have overseen a number of significant CAPEX investment projects to enhance both premium offerings and the customer experience on concession level. Working closely with The O2’s premium seating team, I ensured the successful delivery of a new VIP space that reset the bar for arena hospitality in Europe. Following that, I led a multi-million-pound renovation of The O2’s main concession level to reimagine the fan experience. Working closely with Levy Restaurants UK, we rethought the use of real estate to create experience-led F&B concepts.

More recently, I implemented a new venue app for the business, whilst continuing to drive forward ticketing in an era of significant disruption and innovation. I also oversee the highly successful roof walk attraction ‘Up at The O2’.

In terms of standout moments in my career, these have to include Manchester City lifting the Premier League title for the first time and the role I played in the trophy parade. At AEG, there have been so many, including attending my first BRIT Awards in 2015, where we saw Taylor Swift take to the stage along with 190 dancers – that was like the Champions League Final of music!

The O2 having been named ‘Venue of The Decade’ by Billboard magazine is also a tremendous honour and testament to all of our hard work. 2019 was a particularly exciting year for us, seeing The O2 host 219 arena shows, six residencies, over ten first-time headline performances, a record number of boxing events, and our 25-millionth ticket being sold.

What are the main challenges you currently face? And how are you overcoming them?

In all aspects of my managing director-type role, I’m leading the team, from operations and finance to profit and loss management. I take the lead on management training and development, working with our HR department to ensure the team has the right tools at hand to perform their roles to the best of their abilities. All of this drives not only personal and career growth but also business growth.

It’s been a busy time at The O2. Since 2010, we’ve hosted over 2,000 events, beginning with Bon Jovi performing on the roof. Stars that have performed here since include Beyoncé, Drake, Taylor Swift, Rihanna, and Little Mix. As well as music events, we’ve hosted world-class sporting events, including events during the London 2012 Games, NBA season games, ten years of the Nitto ATP Finals, and we’ve become the home of British boxing.

The O2 has also hosted award ceremonies, including the National Television Awards and BRIT Awards, as well as the first-ever C2C: Country to Country music festival in 2013. The venue’s 21 Club has inducted eight new members over the last decade, including Michael McIntyre and Micky Flanagan and bands One Direction and Take That, who hold the record for the most amount of performance in the arena at 34. 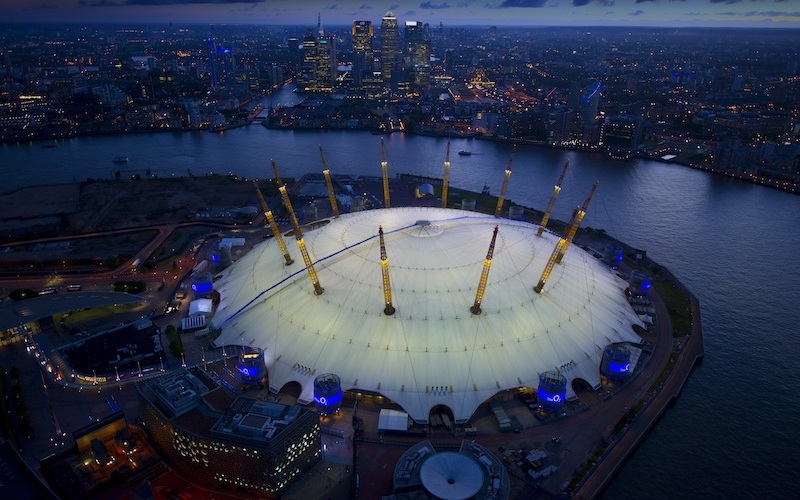 Since 2010, The O2 has hosted over 2,000 events and sold its 25-millionth ticket, all whilst continually reinvesting in its real estate in and out of the arena.

Can you tell us about some of the recent developments at The O2?

Outside of the arena, the venue has seen a huge transformation over the last decade, with the addition of Hollywood Bowl, Oxygen Freejumping, the Cineworld extension, ICON Outlet, Mamma Mia! The Party, and ABBA Super Troupers: The Exhibition. ‘Up at The O2’, the roof-walk over the venue, opened in 2012 and has recently celebrated a record year.

ICON was a huge project led by the real estate team. Inside, The O2 has redefined its experiences in the premium market with the launch of Encore, a new brand which groups together the venue’s premium offerings: suites (private space and bar), premium seats (best seats guaranteed), and the newly launched Club 101 (exclusive lounge space with fantastic views). We’ve also enhanced the AMEX Lounge as part of a £2.9 million investment, where guests can drink and dine before and after the show, as well as new seating stage right, a new Champagne Bar, Terrace Bars, and the Blue Room.

Many offerings at The O2 have been enhanced to deliver the best possible fan experience, including new F&B, and we have ambitions to further improve the experience for our customers.

“When it comes to trends, sustainability is definitely key and something that we will be focused on at The O2 for 2020.”

For 2020, we’re creating a new ‘Super Club’ by replacing a number of suites on Level 3 to create a 350-capacity club that we believe will be a destination in its own right. We’re working with Platform on this project, which is a creative agency/design firm, and hope to open the first phase of this space later this year.

One of the main ROI’s on the CAPEX projects we’ve recently completed at The O2 is the new products and experiences that we’ve been able to deliver. The renovations have allowed us to sell more F&B, and there’s been a significant uptick in the volume we can serve. Obviously, we need to focus the offering to not only retain existing clients but also to attract new business.

When it comes to F&B, we’re working with Levy to identify the trends for the next two to five years, to deliver an offering with a broadened drinks and food menu, with more focus on sustainability, vegetarian, and vegan options, all underpinned by technology.

The debate when it comes to sustainability is where does the ROI come in and how can you measure success, but those are not the true focus. It should be all about creating a sustainable future. This is where our ‘Good Vibes All Round’ CSR programme comes in, which focuses on four key pillars of sustainability, accessibility, community, and charity, which are central to business operations, and we communicate them to our fans. You can’t always measure projects simply on financials and ROI.

In terms of meeting challenges head on, one piece of advice I was given that I still stand by today is to quickly leave your old job behind and have a succession plan in place for your old role. That mindset helped me go into the GM role with a clear mind. You have to be open to challenging everything you’ve done before, from stuff I’d done personally, create a new head space, and enjoy!

How do industry events like ALSD and ALSD International help you continue to improve your offerings at The O2?

It’s really important to knowledge-share and to get your entire team to network, learn, meet, and see what’s going on at other sports and entertainment venues. We are in a lucky position that we can tap into the EAA and AEG networks.

In terms of ALSD and ALSD International, it’s good to get discussions and debates going with industry peers, learning and developing how to enhance our offering at The O2, by hearing what’s worked for other venues. We had a lot of opportunities to do just this at the 2019 edition of ALSD International, as well as hearing about the latest trends both in the industry and wider afield.

When it comes to trends, sustainability is definitely key and something that we will be focused on at The O2 for 2020. Ticketing is also changing rapidly, with digital ticketing taking the lead, which opens up the use of data to enhance marketing opportunities for us and the fan journey.

Visit ALSDInternational.com for registration details on ALSD International 2020, which will be held in Liverpool over October 12-13.