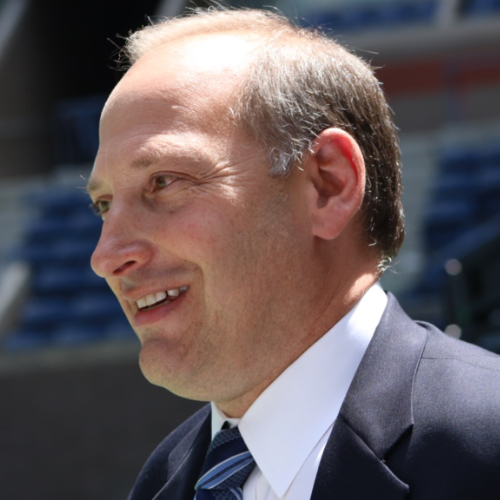 Daniel Zausner joined the USTA in August 2001 after accumulating 17 years of experience in the sports and entertainment industry. In his role as Chief Operating Officer, Zausner is responsible for managing and directing all aspects of the NTC, overseeing the year-round programming held at the facility, and for instituting and implementing a strategic vision for the long-term sustainability and growth of one of the largest public tennis facilities in the world and the home of the US Open Tennis Championships.

Additionally, Zausner manages all operations for the world’s highest-attended annual sporting event, the US Open, including food and beverage, merchandise, suites and hospitality, security, guest services, broadcast operations, sponsor activation and construction trades. He also seeks out opportunities to expand the use of the venue for additional sports- and entertainment-related events. The USTA Billie Jean King National Tennis Center is open to the public 362 days a year, closing only on Thanksgiving, Christmas and New Year’s Day.

During his tenure, Zausner has increased US Open sales revenues across multiple disciplines. He has overseen the growth in ticket sales from $45 million to $140 million, boosting attendance 40 percent; increasing food and beverage sales from $8 million to more than $32 million; and increasing merchandise sales from $6 million to $18 million. Zausner directed the design, construction and New York City approval process for the NTC’s $650 million visionary transformation that included upgrades to all 42.5 acres of the site over a five year period, including a retractable roof over Ashe Stadium along with new Armstrong and Grandstand Stadiums. He also designed and developed the $150 million master plan for the USTA Billie Jean King National Tennis Center site (2003-08), including the construction of the Indoor Training Center and the renovation of the restaurants, public plaza, hospitality and event facilities, as well as the player, media and staff facilities.

Previously, Zausner spent more than 11 years at Metropolitan Entertainment, one of the nation’s largest concert promoters, where he supervised all aspects of the company’s live event business, venue operations, concert promotions, special event bookings and ticket sales. He planned and directed many of the major logistical aspects of Woodstock ‘94.

Zausner sits on the board of the Leukemia & Lymphoma Society, NYC, is the Chairperson of the Flushing Meadows Corona Park Alliance and has been a long-serving trustee of the Queens Chamber of Commerce.

Zausner is a graduate of Binghamton University, where he earned a bachelor’s degree in Economics with a minor in Business Administration. He and his wife, Susan, have two sons, Samuel and Eli and reside in Tenafly, NJ.