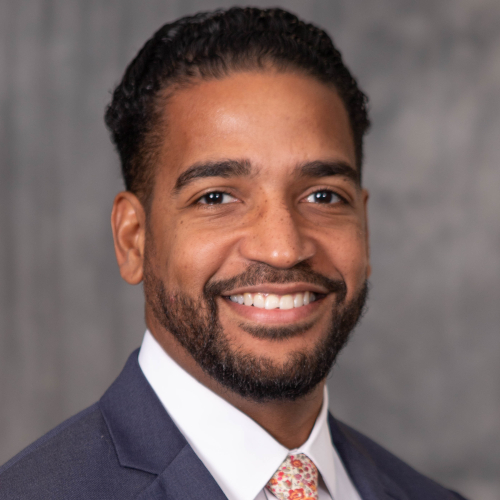 Manny Jacobo joined AEG Worldwide in 2019, he serves as Vice President of Premium Business at STAPLES Center & Microsoft Theater. He is responsible for overseeing sales, services, and retention of private suites and club seating – establishing strategies to achieve targeted revenue objectives as well as leading marketing efforts and business intelligence. In addition, he serves as Vice President of Membership and Communications for Black Equity, AEG’s resource group dedicated to empowering and developing employees and allies of the African diaspora as well as sits on AEG Global Partnerships’ Diversity and Inclusion Council.

Born to immigrants from the Dominican Republic and raised by a single mother in the South Bronx during the crack epidemic, Manny’s overcome insurmountable odds. He’s made significant impacts on the sports industry, rising through the ranks of top franchises and venues, while breaking barriers along the way – becoming the first Black-Latin American to become a Vice President of Ticket Sales and Services for Brooklyn Sports & Entertainment/Barclays Center, as well as the first Black-Latin American Vice President of STAPLES Center Premium.

Manny began his career in Sport and Entertainment with the Buffalo Bills as a graduate assistant in 2006, working his way up to Account Executive within months. In 2008 he joined the New York Jets to be part of the sales team charged with selling Personal Seat Licenses (PSL) for the opening of MetLife Stadium. Within eight months, Manny generated $20M+ in PSLs and was promoted to Manager of Consumer Sales and Services, where he helped ensure the Jets opened to a sold-out stadium in 2010.

In 2011, Manny joined Brooklyn Sports & Entertainment (BSE) as Manager of Premium Partnerships overseeing luxury suites sales for Barclays Center. He made history there having helped open the iconic venue in 2012, bringing sports and entertainment back to Brooklyn for the first time in 53 years. Manny went on to help lead BSE’s next project – the relocation of the New York Islanders to Brooklyn. Under his leadership, Manny and his team made history in Brooklyn in 2015 as the puck dropped on the first regular season NHL game at Barclays Center. Two years later, he went on to lead the next major BSE project, helping the Islanders become the first-ever professional team to spilt a season between two venues: Barclays Center and Nassau Veterans Memorial Coliseum.

Manny graduated from Canisius College in Buffalo, New York with a Bachelors Degrees in Psychology and Digital Media Arts as well as received a Masters Degree in Sports/Business Administration.