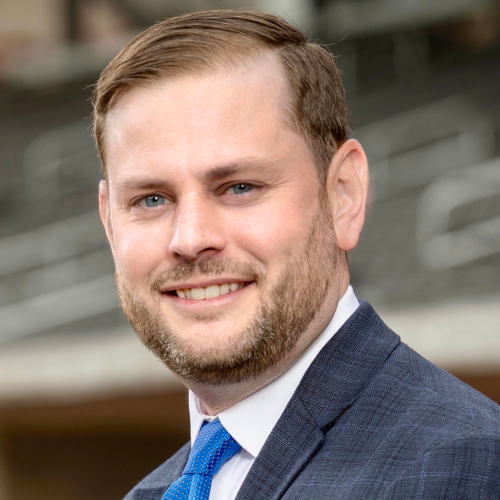 Eisenberg, a Wisconsin native, moved to Las Vegas in 2006 with a degree from The University of Wisconsin-Milwaukee, to pursue a sales internship after holding intern positions with both the Milwaukee Bucks and Milwaukee Brewers. During his tenure with the team, Eisenberg has held various roles within the ticketing department - as an account executive, ticket sales manager, box office manager, and Director of Ticket Sales. In this role, he develops and implements the team’s ticketing strategy, leads a sales team and is responsible for the overall success of the ticketing department. Eisenberg played an integral role in planning, design and ticket sales strategy of the new Las Vegas Ballpark, which opened in 2019.

Eisenberg’s passion for sports started at a young age with teams such as the Wisconsin Badgers, Green Bay Packers, Milwaukee Bucks and the Milwaukee Brewers. He played baseball, basketball and golf as a boy and continued to play sports throughout high school and excelled as a pitcher on the state tournament baseball team.

Eisenberg has since received his MBA from Davenport University in Strategic Management and graduated with honors in 2014. His passions grow beyond sports as he enjoys giving back to the community when able. Eisenberg often partners with local non-profit organizations to help raise money, serves on the golf committee for the HELP of Southern Nevada, and is a top fundraiser for the National Multiple Sclerosis Society.

When Eisenberg isn’t in the office, you can find him on the golf course, traveling, or spending time with his wife Dana and children Aviva and Henry.