Architects of the sports and entertainment industry are slowly muting “sports” from the equation and instead asking themselves a more fundamental question to inform postmodern venue designs and programming: “What’s the future of entertainment?” 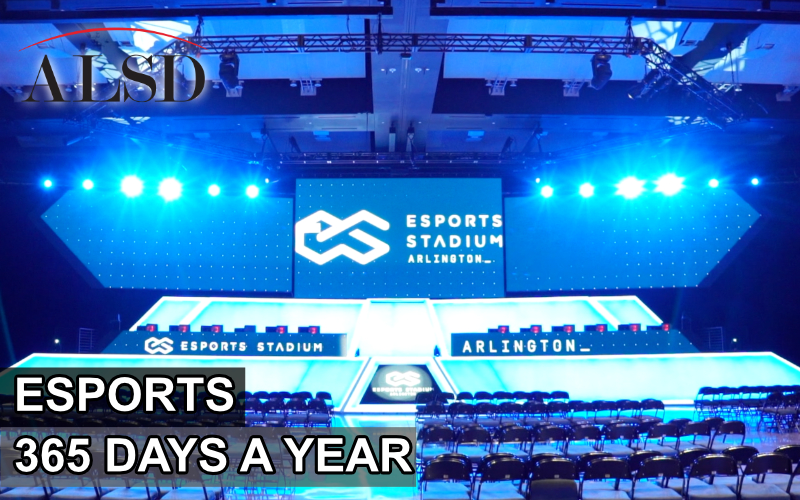 In many ways, esports represents the future of entertainment, a destination where positive outcomes remain closely tied to great consumer experiences, food and beverage, and integration of technology, but with unique virtual sport nuances that are leading, not following, traditional sports – more robust technological backbones, additional sightlines optimized to screens instead of only to fields of play, and multiple engagement ecosystems within larger ecosystems being just a few of those distinctions.

Esports Stadium Arlington sits on the leading-edge of these trends. The first-generation esports facility, located in the shadows of Globe Life Park, Globe Life Field, and AT&T Stadium in Arlington, Texas, is a living laboratory for entertainment design, both for adaptive-reuse projects and new builds.

The former Arlington Convention Center became Esports Stadium Arlington in November 2018 after an aggressive six-month, Populous-led design-build timeline, a process spearheaded by Neil Leibman, owner of Overwatch and League of Legends teams, as well as co-owner of the Texas Rangers. Leibman’s aspiration was to be first to market in the United States with a dedicated esports venue.

The result was Esports Stadium Arlington – the future of entertainment. Enjoy this video tour of its public-facing, pay-to-play gaming center where anyone can compete seven days a week, its multipurpose, professional stadium which flexes for events of 500 to 3,500 guests, and all of its back-of-house engines that bring entertainment to life.

ALSO IN ARLINGTON: Watch our exclusive interview with Rob Matwick, EVP of Business Operations for the Texas Rangers, who details the signature elements of the upcoming Globe Life Field and Texas Live! entertainment destination.