The seminal project influencing the recent emergence of new team headquarters doubling as year-round revenue generators came when the Dallas Cowboys turned the model upside down and inside out. Let's revisit where it all started. 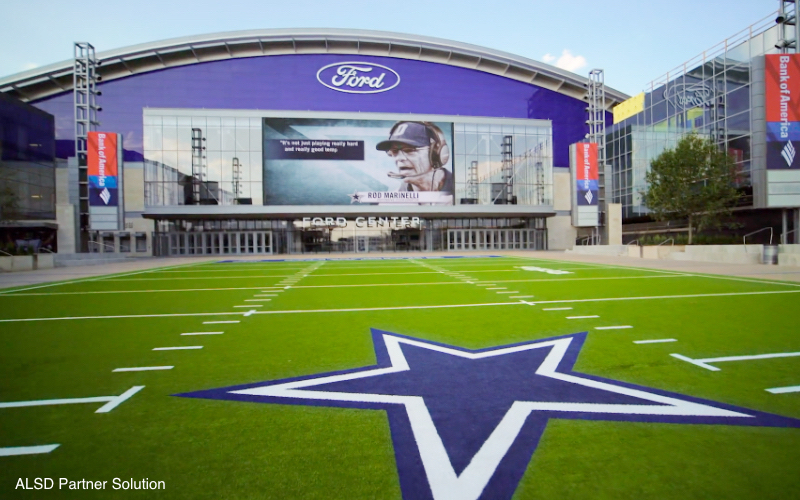 Team headquarters and practice facilities for professional sports teams were once protected under lock and key. But in recent years, these black boxes have been exposed for public consumption, creating prized community assets and one of the trendiest new revenue sources in the sports and entertainment industry.

The Dallas Cowboys first reimagined the model, turning it upside down and inside out when it began developing approximately 90 acres of mixed-use real estate, now known as The Star, in the Dallas suburb of Frisco. The entertainment district’s anchor is a new team headquarters and practice facility designed by Gensler, which connects to the 12,000-seat Ford Center, a multipurpose venue that hosts Frisco Independent School District sporting events, professional boxing matches, concerts, and other events in addition to Cowboys practices.

Embracing the live-work-play paradigm, The Star is activated 365 days a year by approximately 40 restaurants and retailers, a hotel, a medical center, and an upcoming luxury apartment tower.

In this video, Jennifer Surgalski, Senior Director of Project Development for the Dallas Cowboys, showcases The Star’s high points for the ALSD with Brock Warner, Vice President of Strategic Growth at Advent, the design firm that contributed a variety of immersive experiences across The Star campus, including Tostitos Championship Plaza, Dallas Cowboys Ring of Honor Walk, and Starwalk, presented by Nike, as well as multiple exhibits celebrating the history of the Dallas Cowboys.