Get Out of the B2B Sales Casket and Give the Eulogy

There’s a lot more that goes into being a good stand-up comedian than being funny. It requires endless preparation. And confidence is only gleaned from many failures. The artform just might be the best trainer for sports sales professionals.
By Jay Mays, Pitch Lab 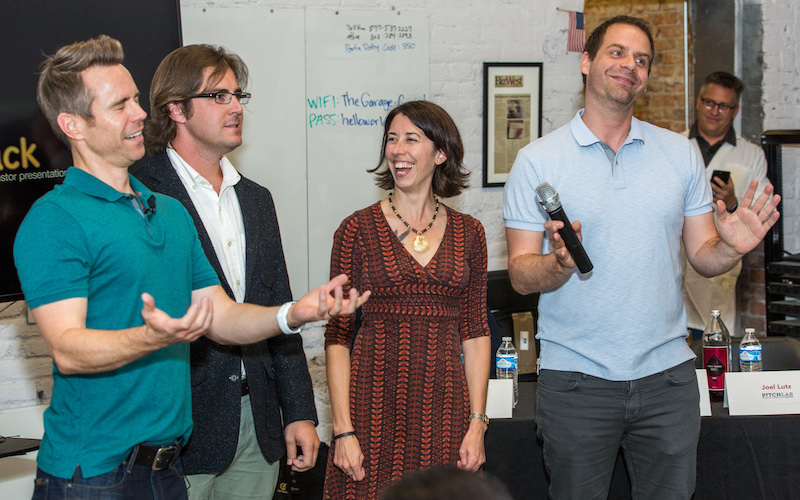 The number-one fear of the average American is public speaking. Number two is death. Cue the Jerry Seinfeld joke: “So you’re telling me that at a funeral, most people would rather be the guy in the coffin than have to stand up and give a eulogy.”

It sounds ridiculous. But the joke works because the story it tells is almost universally true.

If someone says they never get nervous, they are lying. Everyone gets nervous, even the most seasoned stand-up comedians and sports sales executives. Those comics and salespeople know success not because they have killed the butterflies in their stomachs. No, they have gotten more laughs and closed more deals because they have learned how to get those butterflies to fly in formation.

Pitch Lab is a Denver-based team of comedians and storytellers that take clients through workshops that break down common techniques of the most successful stand-up comedians to illustrate how to present everything better – everything from a joke to a sales deck.

The most seasoned stand-up comedians and sports sales executives have gotten more laughs and closed more deals because they have learned how to get their butterflies to fly in formation.

At face value, a good stand-up comedian makes people laugh. But that’s just the end. It’s the means to that end that separates the well-timed jokes from the bombs.

All comedians (and salespeople) bomb. No one nails the pitch or the punchline on the first try. It takes practice and confidence to want to crawl out of the casket and give the eulogy.

Stand-up comedy is possibly the best coach of confidence for sports sales professionals. At ALSD 2019 in Chicago this summer, attendees will learn how to use comedy to overcome stage fright and build connections when selling and speaking to premium clients.

Here is a preview of some simple hacks that attendees will learn to train their butterflies to fly in formation.

Be Mindful of Your Nonverbal Communication

According to studies, 93% of communication is nonverbal. Body language is vital to any client-facing professional services person. Those actions are the differentiator.

Reframe the Threat as an Opportunity

When we get nervous, we naturally try to calm down. But that reaction is the worst thing we can do. Instead, retrain that nervousness into excitement when walking into that next sales meeting with a prospective premium seat holder.

Before the sales presentation begins, try to say hello to audience members and get their names as they are entering the room and settling in. That way, a large mob of strangers transforms into a small group of individuals, making the pitch feel like one-to-one conversations. Be sure to vary eye contact and hit every single person during the course of the pitch. 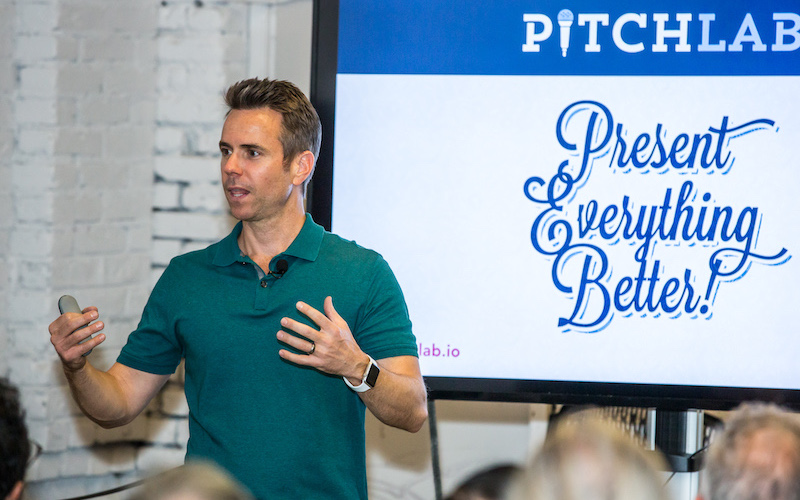 The best way to command a room is not by talking, but through silence. The dramatic pause is a powerful tool, especially for those salespeople who tend to talk fast.

Don’t forget to pause and give the audience time to catch up, build a rhythm, and ratchet up the tension. This silence is a magical place in sales and in customer service. Use uncomfortability as an advantage to close all along the way, and not just when the contract is signed.

Altering voice volume and having someone make introductions are additional ways to command a room. Don’t have someone to provide an intro? Start clapping to get started. To be engaging, one has to ask for it and demand it upfront.

Pitch Lab describes “the fourth wall” as an imaginary barrier between performers on stage and their audience. Fans of The Office or Ferris Bueller’s Day Off will know this effect well.

While commanding the room, mention obvious surroundings to the audience. For example, if the lights go out, acknowledge the darkness and use the moment as an advantage to engage the crowd.

The best way to command a room is not by talking, but through silence. Use uncomfortability as an advantage to close all along the way, and not just when the contract is signed.

What do stand-up comedians do when arriving on stage? Almost always, the first thing they do is go to the mic stand, remove the mic, and relocate the stand to the side of the stage.

In sales, the audience needs to be able to see the salesperson to trust him or her. In a sales meeting, good salespeople don’t sit behind open laptops. They take written notes in a notepad to remain fully visible.

Move with a Purpose

Nobody owns the comedy stage better than Chris Rock. He prowls back and forth, captivating his audiences who can’t help but walk with him with their eyes. Then he crouches and attacks with his punchline. In this same vein, there are also scenarios on the sales and service stages where it’s effective to move around so clients can see and engage with movements.

But those movements have to support the words being spoken. One way to think about this idea is to break up the stage into different sections based on what is being talked about. In one location, a salesperson might paint the picture of the existing problem, and after moving to a separate location, deliver the solution. When sitting during a sales pitch, this tactic can also be deployed by standing up to emphasize a key point.

But never, never, never manufacture it. To move with a purpose is to be authentic and do what’s natural. 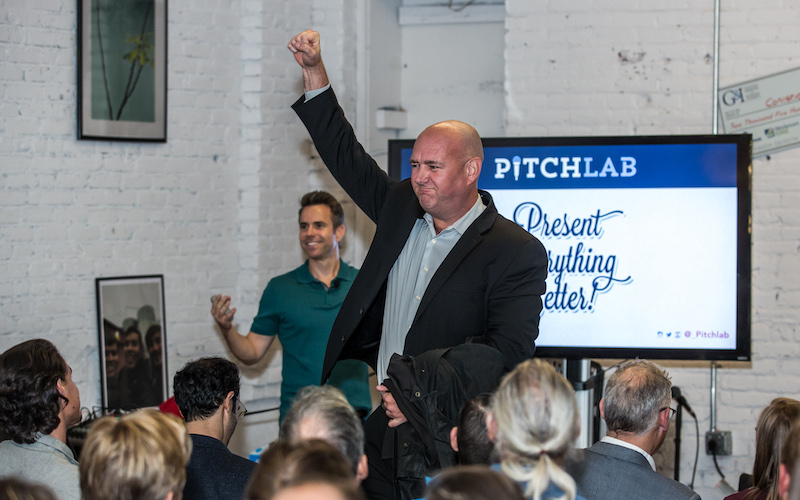 Put These Comedy Hacks into Practice

Improv comedy techniques are proven to ignite creativity, collaboration, problem-solving, and listening amongst coworkers or clients.

Those techniques include “mirroring,” where one person delivers a short message, and a partner repeats it exactly, including body language. It’s similar to the style flexing method described by Rich Krezwick in a recent ALSD video interview.

How frequently are we really taking it all in, and not just what’s being said? How often are we actually actively listening instead of just waiting for our turn to talk? Mirroring trains us to overcome these pitfalls.

“One-word stories” is another improv training technique, where four people stand shoulder-to-shoulder and collaborate to tell a single, cohesive story one word at a time. This technique conditions out a cardinal sin in improv and sales of saying “no.”

Comics build on scenes. And that’s exactly what we have to do in our sales pitches.

Are you interested in applying comedy techniques to better sales presentations?
Write to Jay at jay@pitchlab.io.

REGISTER TODAY for ALSD 2019, where attendees will have two opportunities to meet Jay at this year’s show in Chicago. Don’t miss his deeper dive into using comedy hacks to become a better storyteller and salesperson.