How to Build a Future-Flexible Stadium 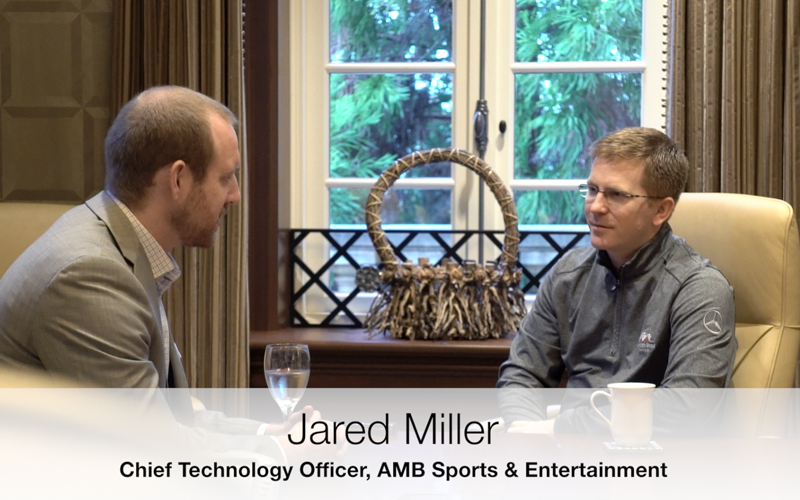 Mercedes-Benz Stadium is a digital wonderland. There is only one set of fixed signage in the entire building (for naming rights partner Mercedes-Benz). Beyond that, everything is digital – the 600,000-square-foot halo board, the 100-foot-tall mega column, the 3,200 lineal feet of ribbon board, the 52 million individual LEDs, the 500-plus closed-circuit cameras, the 1,800 wireless access points.

Fiber to the Edge

To help optimize its technology architecture, Mercedes-Benz Stadium partnered with IBM, the official systems integrator for the stadium, to deploy a Passive Optical Network (PON), which is fiber-based to the edge. The point-to-multipoint fiber infrastructure provides all connectivity for all technology systems in the building. Every single endpoint in the building – from all the individual security cameras to every single television – has its own unique fiber running straight to that device with connections to convert to copper.

Traditionally, stadiums and arenas deploy a mix of copper and fiber cabling. For the first time in a NFL stadium, Mercedes-Benz Stadium reverses the model with 4,000 miles of fiber, but only a couple hundred miles of copper.

“[Fans] are not going to see the guts of the building. But they’re going to be able to feel the impact of that for years to come.” – Jared Miller, Chief Technology Officer, AMB Sports & Entertainment

“In a typical copper-based system, the cabling needs to be changed out every seven to ten years,” says Jim Rushton, Sports and Entertainment Practice Leader at IBM. “With the fiber-based system, it has an extremely long shelf life and nearly unlimited bandwidth. About the only things that will need changed are the electronics at the end of the cable.”

“We believe that’s going to serve us for decades to come,” Miller adds. “What I won’t say is future-proof. We cannot future-proof anything. I have to be very clear with that. We are future-flexible. I have no idea what’s going to come out of these different technology shops in five years’ time. But we have to build the foundation to support it, regardless of what that may be.”

If one thinks of technology design as a pyramid, most venues design and build from the bottom up, starting with the infrastructure at the base, data management in the middle, and fan experience at the top of the pyramid. But through this methodology, fan experience is inevitably limited by and shoehorned into the infrastructure deployed in the beginning of the process.

The design exercise began with AMB Sports & Entertainment and IBM identifying all the different fan personas that will attend events at Mercedes-Benz Stadium. Once those categories were identified, a fan journey map was laid out from driveway to seat, seat to driveway, indexing all touch points along the way. The workflow then became about identifying the appropriate technology capabilities (both emerging and tried-and-true) that deliver those experiences and reduce those pain points.

“In terms of impacting the fan experience, because that’s really what we want to focus on as we look at all these new technologies, what’s going to be different, what’s going to provide that surprise and delight,” Miller says. “As we look at concessions and other points of sale or points of purchase, digital wallets, mobile currencies, are all very interesting to us.”

With elements like the halo board and mega column, Mercedes-Benz Stadium features some awe-inspiring technology that fans will notice. But it’s the underlying network that they won’t see that makes the stadium future-flexible for the next generation of fans.

“They’re not going to see the guts of the building,” says Miller. “But they’re going to be able to feel the impact of that for years to come.”