This follow-up to our 2011 research reexamines the mean franchise values across the industry and takes special note of the growth experienced in the past seven years.
By Andrew Labuda and Dr. Peter Titlebaum, University of Dayton 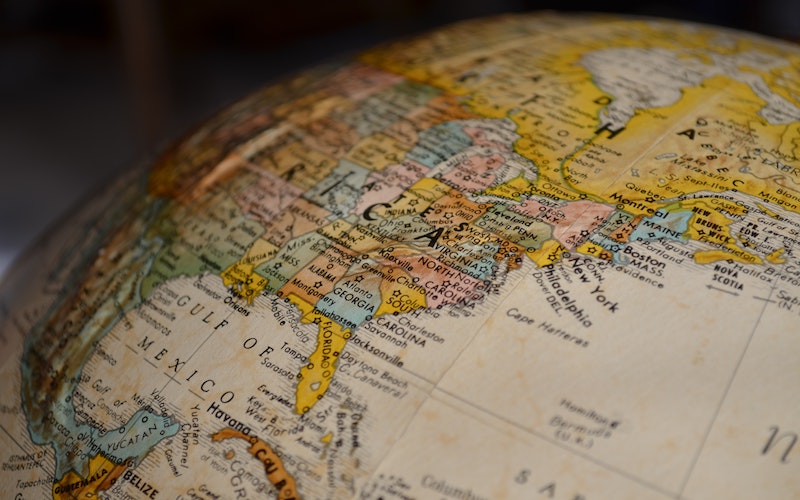 A 2011 SEAT Magazine article, entitled "All Cities Are Not Created Equal," broke down the distribution of NHL, NFL, NBA, and MLB teams in North America. It looked at information by regions and states through an estimate of the value of each team by Forbes. This article will identify the valuation impacts on professional sports teams in North America over the last six years. It is imperative the MLS be included at this point moving forward as one of the big five leagues because soccer is no longer a minor player in the conversation. The regions included were divided into the same regions as the previous study – West, South, Midwest, Northeast, and Canada. These are identified by the U.S. Census Bureau and have not changed since the last review.

In Chart 1, teams are broken down by region and then by sport, indicated by different colors. The South still has the most with 39 teams, due to an increase of three MLS teams since 2011. Without including the MLS, the South lost one team, the Atlanta Thrashers, who moved to Winnipeg, and are now called the Jets. The West region is second with 35 teams, a significant increase since 2011, with new teams, including the Vegas Golden Knights, an expansion team in the NHL, and the relocation of the St. Louis Rams to Los Angeles in 2017. The West also benefited from the addition of six MLS teams. 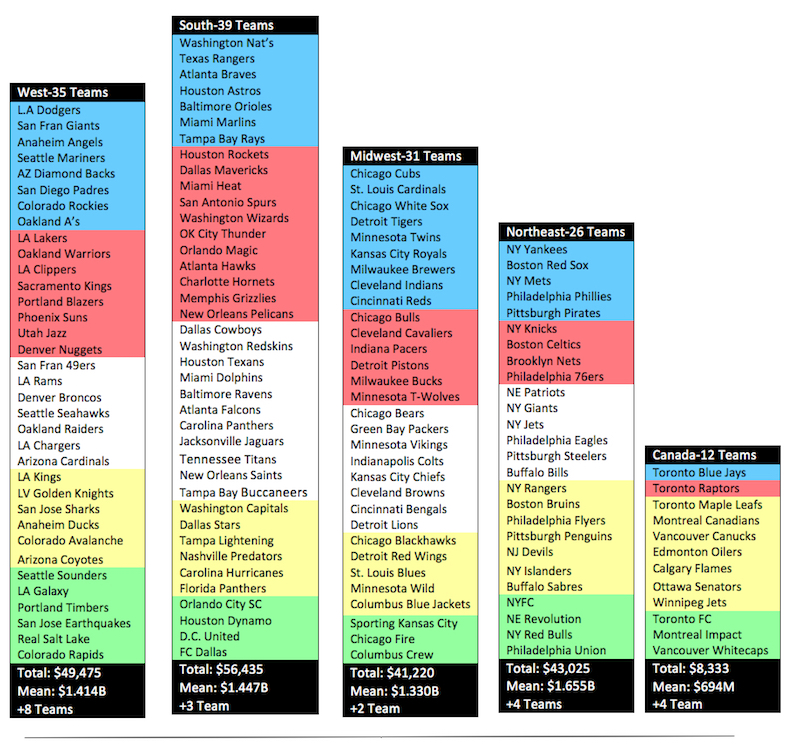 The region with the third greatest number of teams is the Midwest, with 31 teams, a growth of two teams when including the MLS. Without the addition of the MLS, the Midwest lost one team, the St. Louis Rams. The Northeast region, which has not changed since 2011, excluding the addition of the MLS to the data, now has 26 teams compared to 22 in 2011. Last was Canada with 12 teams, an increase of four when including the MLS. They gained one NHL team, the previously mentioned Winnipeg Jets.

The total regional value, however, does not correlate with the number of teams. The most valuable is still the South region, and the second is still the West region. The Midwest region has dropped to the fourth spot since the Northeast became the third most valuable. Canada rounds out the regions in fifth position.

The trends in team value, as compared to region value, are also interesting. The region with the most valuable team is the Northeast region, with an average of $1.655 billion per team. That is more than $200 million more per team than any other region. The South is second with an average of $1.447 billion per team. The West follows closely behind with $1.414 billion per team, with the Midwest and Canada falling in fourth and fifth. In comparison to 2011, the Midwest and South regions rank in the same place but have switched positions.

Charts 2 and 3 take a closer look at a breakdown of sports teams per state. Chart 2 ranks the states with four or more teams by average value per team, while Chart 3 ranks states with three or fewer teams. Some of the more notable changes from 2011 to 2017 include California jumping eight spots from 11th position to 3rd position. Toronto now has four teams, so it moves from Chart 3 to 2. And the addition of Washington puts them in 5th position on Chart 3. 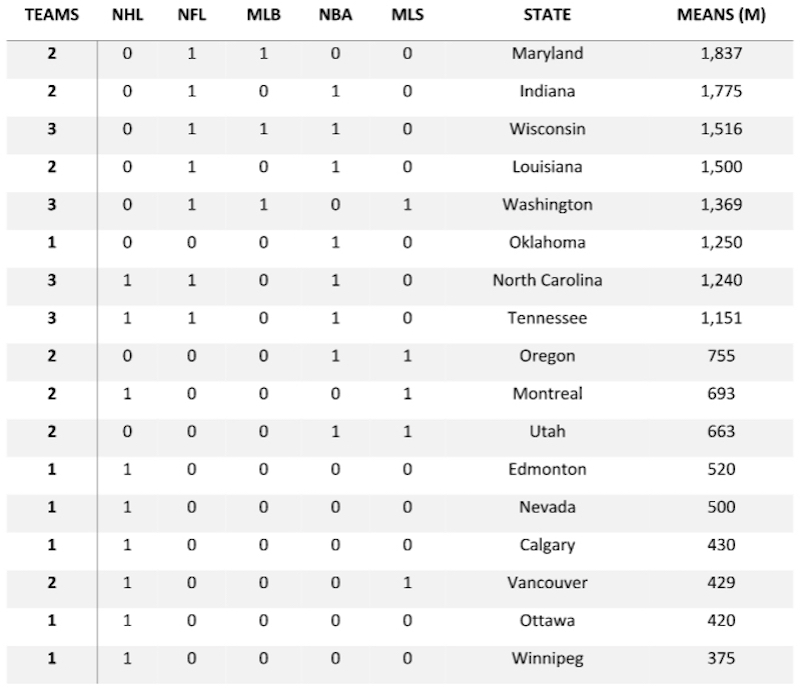 Some things do not change, though. In the six years since the last article, Maryland and Massachusetts still rank number one in Charts 2 and 3. Success still goes to the non-saturated markets, as it was in 2011. More than seven states have increased their average value by more than $1 billion per team. It is interesting to see how some states that have fewer than three teams have a higher or similar mean to states with four or more. Sports is still a great investment and will continue to grow. The MLS is on solid footing, and we expect more growth in the next few years as new teams will be added.