How to Sell Premium Seats to a Bean Counter

In order to sell to bean counters, one must think like a bean counter. What excites them? What language do they use? What outcomes appeal to them? And what reasons will they see to move forward with a premium seating proposal?
By Bill Guertin, ISBI 360 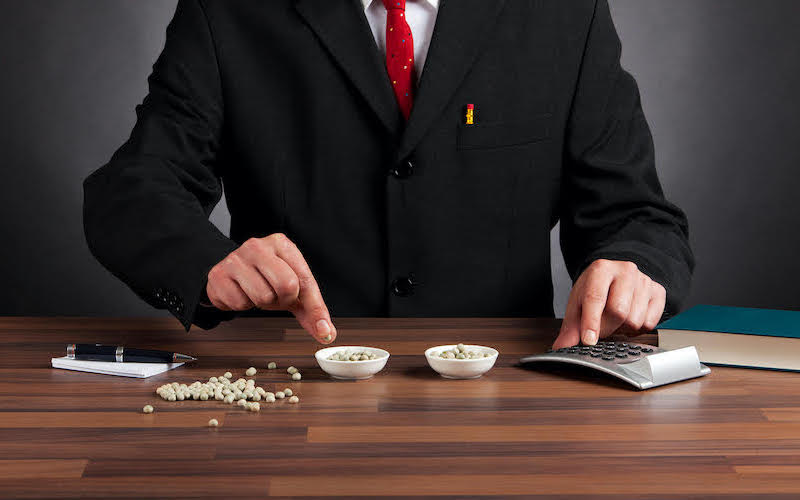 The Boeing 737 was a marvel of modern aviation in the 1960’s. It took bean counters to take a perfectly good airplane and create the 737 MAX-8.

The 737 had been upgraded and modified for over 50 years to keep up with technological advancements. However, the 737 was so popular the financial experts at Boeing wanted to keep making more money by retrofitting their current model. So rather than beginning from scratch with each design change, they used as much of the old design, the old parts, and the old assembly line as possible.

The problem was, while profits were up, parts of the old and new designs didn’t play well with each other, which led to having to create systems to overcompensate for the design deficiencies. Those very systems were the ones that failed and are allegedly to blame for two catastrophic crashes in 2019.

The lesson? When bean counters are in charge, other departments (including sales and marketing) have to work harder to “sell” their ideas. In order to succeed, they must use the language of bean counters, balancing the benefits of cost-saving prudence and the positives of bold innovation so each one gets what they want.

Bob Lutz experienced a similar situation at General Motors. When he was at GM in the 1960’s, the vehicle manufacturer was known for its creative leadership and cars with bold styling that captured the public’s imagination. After a while, the decision-making power shifted to the finance department, emphasizing waste reduction and manufacturing efficiency.

The result was disastrous – dozens of soulless designs rolling off the assembly lines, inexpensive to make but boring to own. Sales plummeted.

Lutz was brought out of retirement in 2001 to bring innovation and guts back to GM. As it is described in his great book Car Guys vs. Bean Counters, he “launched an all-out war against penny-pinching, office politics, turf wars, and risk avoidance” and is largely credited for bringing the swagger back to General Motors.

Finance people aren’t bad people. Without them, every other department would spend like crazy. But they get excited about different things than those in sales, marketing, or HR. They’re motivated by different outcomes.

What Do Bean Counters Value?

There are two literal definitions of value. As a noun, “value” is defined as: Regard that something is held to deserve; the importance, worth, or usefulness of something. “The value of this piece of equipment is approximately $50,000.”

But as a verb, “value” is defined as: Estimate the monetary worth; consider something to be important or beneficial; have a high opinion of. “He places a high value on being home on time every night.”

For our use here, let’s combine the two: Value is the perception of a product the buyer sees as more beneficial than the money he or she is spending to get it.

Financial experts use tangible metrics to measure the value of each decision. They weigh each one based on empirical data and facts. Where they often fall short is in:

This Is Where We Excel

We bring a product that allows for the souls of companies to flourish, to nurture the very fire-in-the-belly attitude about who they are, to give them the desire to break barriers, to transcend goals and competition and budgets, to win in relationship building and in business. One must happen before the other. The problem is the latter must approve the expenditure.

Our job is to talk to bean counters in the way in which they see more value in outcomes than the money it will take to own our premium seats. If questions aren’t moving them in the directions that they place value, our proposals are doomed to fail.

Register for the ALSD’s 2020 Sports Sales Training Forum, where attendees will learn the best “bean counter” questions, approaches, and best practices from Bill Guertin during his session entitled “Selling Premium Seating to a Bean Counter”.

Bill Guertin, “The 800-Pound Gorilla of Sales Performance”, is Chief Learning Officer of ISBI 360, the first and only digital training platform created exclusively for sports and entertainment professionals. Reach out to Bill at bill@isbi360.com and see samples of his new keynote presentation at www.The7Voices.com.