Take a pictorial tour and enjoy the stories behind the inspiring designs across all seven levels of new hospitality space at the iconic venue.
By David Fox, Advent 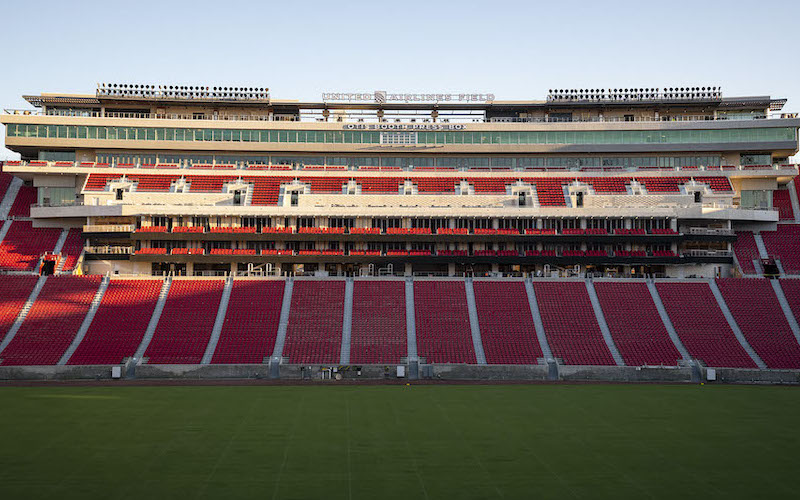 In the competitive Los Angeles marketplace, the history of the LA Memorial Coliseum is a differentiator. No other venue in the city – or the world – can claim to have hosted a Super Bowl, a World Series, and the Olympics. John F. Kennedy accepted the nomination for President here. Pope John Paul II led mass here. Martin Luther King Jr. and Nelson Mandela spoke here.

Completed in August 2019, the renovation of the Coliseum leaned into this legacy in the seven-level Scholarship Tower. Audiences here include up to 3,000 of the highest-level donors, VIP’s, shareholders, media members, and visitors to a new rooftop club.

Nearly 500 graphics infuse the Coliseum with its history – every iconic figure, legendary athlete, and landmark game. At the same time, its design reflects the style of VIP’s and the energy of the fans.

At each level, storytelling and design reflect the audiences. The Jim and Dianne Bashor Founders Club entertains the most exclusive USC donors. The content on these two levels conveys the best of the best of the best – USC’s national championship coaches, Heisman Trophy winners, and hall of fame inductees. The vintage graphic style and original stadium blueprints and photos elevate the experience. 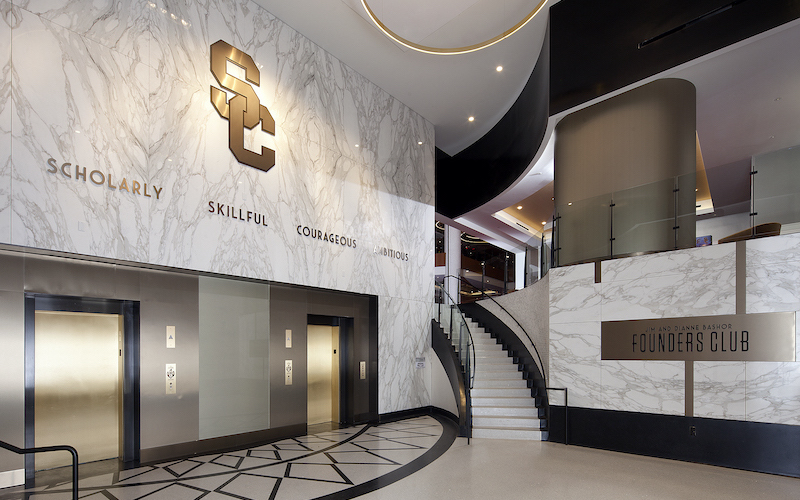 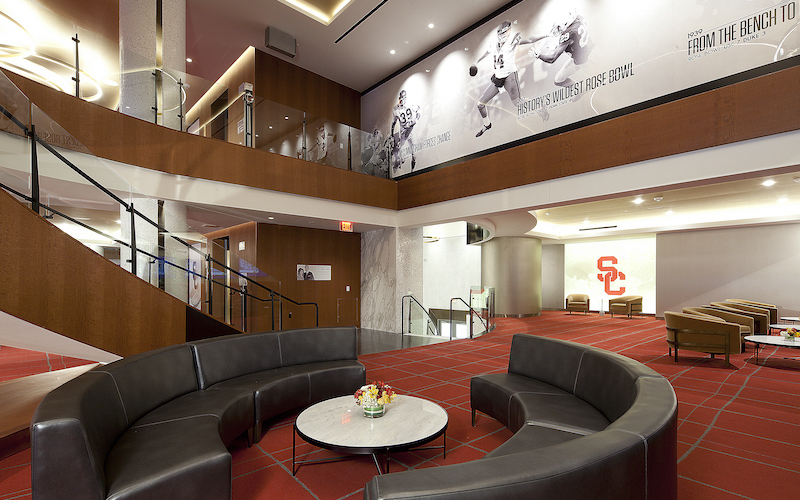 The Lou Galen Club reflects the late donor’s fandom through graphics featuring the player greats he watched since the time he was a boy selling hot dogs at the Coliseum. In addition, suite holders can personalize their spaces by selecting from a range of available graphics featuring USC coaches, student-athletes, and traditions. 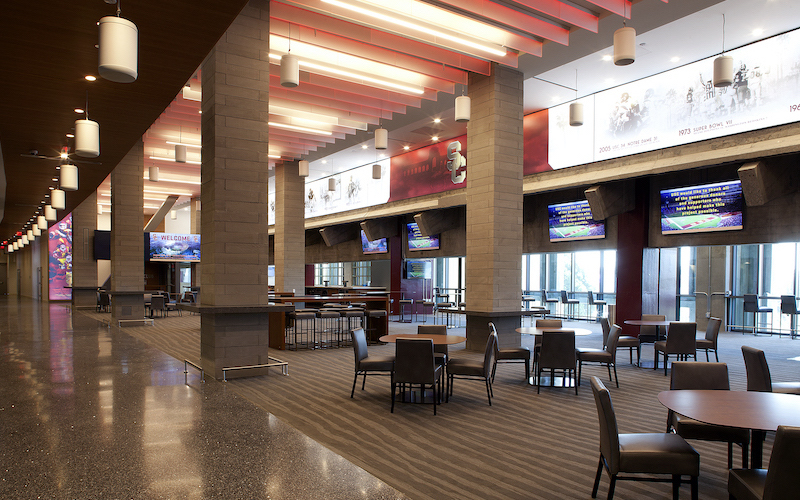 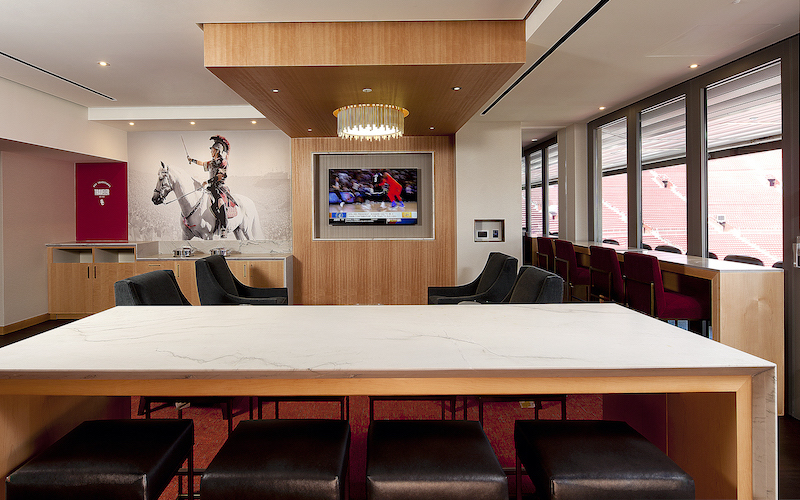 The Tiger Lounge honors the late USC baseball coach Rod Dedeaux and his family. His space shows the history of the Dodgers playing at the Coliseum and football-baseball multi-sport athletes at USC. 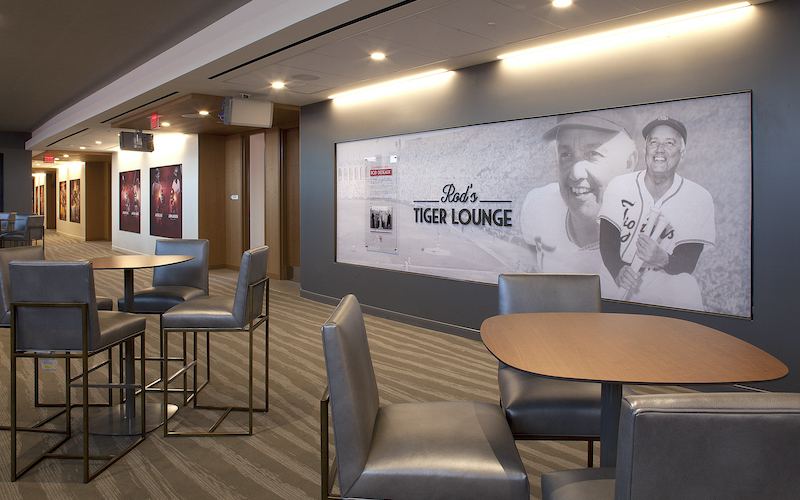 Graphics on the Press Level display Trojans greats who became renowned broadcasters as well as text from signature radio and television calls. The highlights though are iconic USC moments depicted in the style of era-specific movie posters. 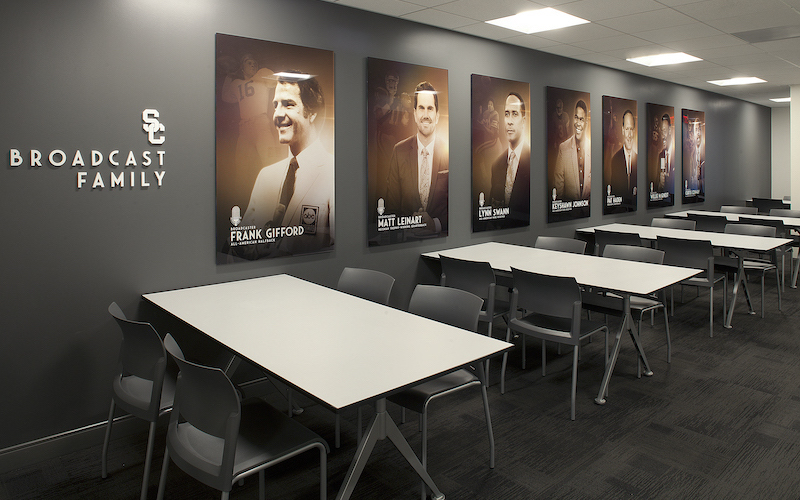 Named the 1923 Club in honor of the opening year of the Coliseum, the new rooftop provides 360-degree views of downtown LA, Hollywood, and the San Gabriel Mountains. Tied to the history of the venue, the Art Deco style from the 1920’s inspired the font selection throughout.

The restoration of the Coliseum became an opportunity to honor all those who built this National Historic Landmark as well as the USC Athletics program. Told in full, this story is more than USC coaches and athletes. The Coliseum represents the moments when the world united for the Olympics or when the country came together to be inspired. Most of all, the Coliseum honors the fans, supporters, and donors who built the program and the legendary venue.

Top photo courtesy of USC Athletics. All other photography is credited to Rick Myers, Advent.