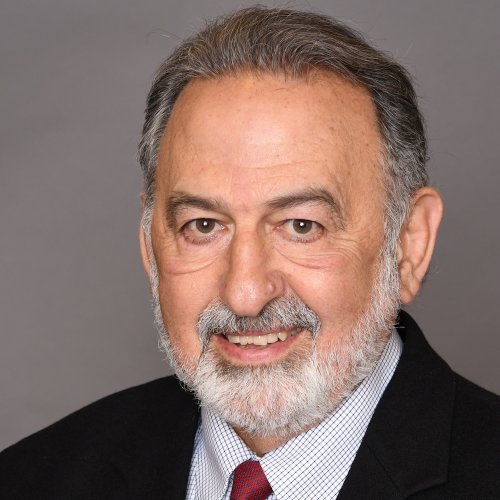 In his 34th year with the University of Oklahoma is Executive Associate Athletics Director Larry Naifeh. He began his service to the University in January 1986 as a member of OU's legal counsel staff.

Naifeh's association with the athletics department began in September 1991, when he was named compliance officer. Twice since May 1996, Naifeh has served the University as interim athletics director.

For the past several years, Naifeh's areas of responsibility for the athletics department include senior administration team, contracts and other legal issues, capital improvement projects and funding, fiscal and strategic planning, facilities and event operations, risk management, the men's and women's golf programs, and special projects.  Naifeh is also an Adjunct Professor in the College of Education Master’s Degree in Higher Education Program teaching Legal Issues in Intercollegiate Athletics Administration.

The Athletic Department's recent $500,000,000-plus in capital improvement projects for all sports have been coordinated and supervised by Naifeh and have included the expansion and renovation projects at the Gaylord Family - Oklahoma Memorial Stadium; the Barry Switzer Center; the Lloyd Noble Center team facilities and additions; Headington Hall housing, the Everest Indoor Training Center; the McCasland Field House; the Charlie Coe Center for Golf; John Jacobs Track; Mosier Indoor; the Bud Wilkinson football team and practice facilities; the Wadley Indoor Tennis facility as well as other projects for the soccer, tennis, volleyball, wrestling, softball, baseball, rowing, and gymnastics programs.

Naifeh is a member of the National Advisory Board for the National Center for Sport Spectator Safety and Security (NCS4).  In 2013 he was named the NCS4 Professional of the Year and is a regular presenter at the NCS4 National Conference.

Naifeh was the recipient of the 2009 All-American Football Foundation Outstanding Executive Associate Athletics Director Award.
Naifeh came to OU after serving seven years as assistant city attorney for the City of Oklahoma City. He has been a member of the Oklahoma Bar Association, the Cleveland County Bar Association, the National Association of College and University Attorneys, and is a past chairman of Cleveland County Court Appointed Special Advocates.

A graduate of the University of Oklahoma, Naifeh holds a bachelor's degree in law enforcement administration and a juris doctorate. While in college, he was a member of Alpha Tau Omega social fraternity, Phi Eta Sigma Honor Society and Phi Beta Kappa, and was a Robert Dean Bass Scholar.

A member of the Oklahoma University Rugby Club, Naifeh competed at the US National level and toured several countries during his playing career.  He coached the U.S. Western Territory Rugby Team to eight (8) National Championships. In 2002, Naifeh served as the National Team Coach for the United States Collegiate All-American National Team on a winning tour of South Africa, a world power in the sport.