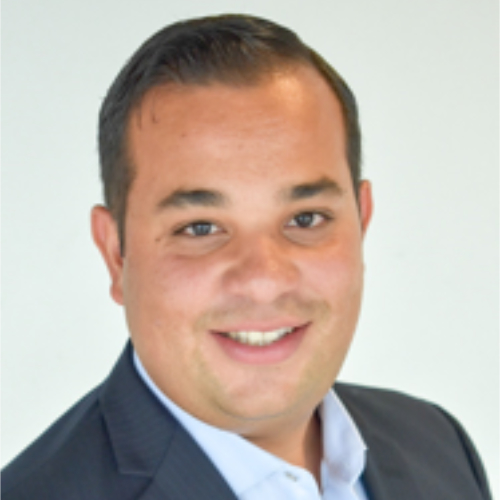 From Baseball to Basketball, to Football and Convention Centers, Luis Rivera has tackled some
of the most significant events hosted at the country’s leading entertainment venues. With careful
planning, and out of the box approach, and a background of more than twenty years in the industry, Luis combines exceptional operating talent with a unique and creative flair to seamlessly direct management teams across the country. Most recently, Luis has successfully managed the Las Vegas Convention Center and the transition of the Everbank Field home of the Jacksonville Jaguars prior to forming First Star Solutions in 2018.

Luis passionately believes in serving restaurant quality food to the masses while training and nurturing the talent to deliver exceptional service by managing the details surrounding the food that ultimately enhances the guest experience.

Luis began his journey with Levy Restaurants in 1998. He quickly rose the ranks from supervisor to manager at Jacobs Field then transferred to the American Airlines Arena, where he advanced his career from concessions manager to General Manager of concessions. In early 2006, Luis relocated to Pittsburgh to lead the efforts of the MLB All-Star game and held the rank of General Manager of Concessions. In 2008, Levy Restaurants once again called on Luis’ talent to lead the premium team at Raymond James Stadium as General Manager of Premium Services for the 2008 Superbowl. In 2010 Luis was called to be the Assistant General Manager at the new Amway Center, where he then was promoted to the General Manager. Luis joined Aramark in 2015, where he led the hospitality operations and global marketing of the second-largest convention center in the world, Las Vegas Convention center.

He began his studies at Cleveland Christian Academy, graduating with honors. After his studies, his passion for making a difference in the neighborhoods of the City Cleveland, lead him to volunteer with several law enforcement agencies.