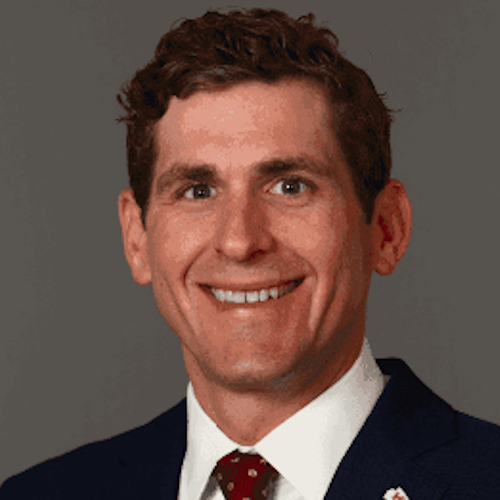 In his current role, Kenny oversees the fan experience at Arrowhead, including parking and logistics, event operations, guest services, and concession and merchandise. He also oversees Arrowhead Events, the nonfootball revenue-generating arm of the Chiefs, the team's training camp, and liaises with the Jackson County Sports Complex Authority Among the special assignments he has taken on, Kenny led the club’s planning efforts for the Super Bowl Championship parade and rally.

Recently, Kenny led the organization’s planning and approval efforts to operate the stadium with fans in a COVID environment. This cross-functional group scrubbed every aspect of the traditional fan and staff journey to identify all points where CDC and health guidelines could not be met. Complying with NFL and local health guidelines, the team modified all operating plans effectively dividing Arrowhead into 10 smaller, socially distanced venues with dedicated points of entry with a focus on minimizing or eliminating staff and fan contact, and reducing or eliminating wait times.

Kenny and his team reached a three-year agreement with Missouri Western State University for the club to return to St. Joseph, Mo., for training camp through the 2022 season, although 2020 training camp was moved back to the team’s facility and Arrowhead Stadium due to NFL policies surrounding the coronavirus pandemic. He and his team awarded an 11-year concessions contract that includes a significant investment in speed of service and decreased wait times to enhance the fan experience at Arrowhead. The club ranked in the top two in Net Promoter Score for all NFL clubs in 2019, a measurement tool for the loyalty of customer relationships.

Prior to COVID-19 changing the events landscape around the world, Arrowhead Events had booked multiple events for the 2020 calendar year, including multiple concert tours, the return of Monster Jam and the first NCAA Div. I football game since 2015 with Missouri and Arkansas scheduled to play in November, with all of those events being canceled, postponed or moved back to home venues.

Kenny was part of a group of team and civic leaders, which included the Kansas City Sports Commission, who successfully secured the bid for Kansas City to host the 2023 NFL Draft, which was announced in May of 2019, and he is currently a member of the executive committee working to bring the 2026 FIFA World Cup to Kansas City and Arrowhead Stadium.

Kenny joined the Chiefs after five years as Senior Director of Event Operations for the Chicago Cubs and Wrigley Field in Chicago (2012-17). While in Chicago, he was responsible for leading event operations and transforming the guest experience. In addition, he led the development and operations of the enterprise-wide events business and served as a project manager and contributor to the Wrigley Field restoration and related real estate developments.

Prior to his time at Wrigley Field, Kenny served as Senior Director of Security and Event Services for the Milwaukee Brewers and Miller Park in Milwaukee. In his role, he oversaw all events and the guest experience at Miller Park, including food and beverage and parking partners, and supported the procurement of non-baseball event opportunities. In addition, he maintained relationships with the City of Milwaukee and the Stadium District.

Before joining the Major League Baseball ranks, Kenny worked for the Metropolitan Entertainment and Convention Authority in Omaha, Neb., serving as House Manager for Omaha Civic Auditorium. While there, he coordinated and managed all aspects of facilities and events at the venues, including the group's arena, convention center and theater.

He currently sits on the Board of Directors for the Kansas City Sports Commission, Starlight Theatre, the Stadium Managers Association and serves on the Kansas City 2026 World Cup Bid Executive Committee.

Kenny studied at Miami University's Richard T. Farmer School of Business in Oxford, Ohio, where he majored in finance. He spent three years in the Executive Scholar Program at Northwestern University's Kellogg School of Management from 2013-15.