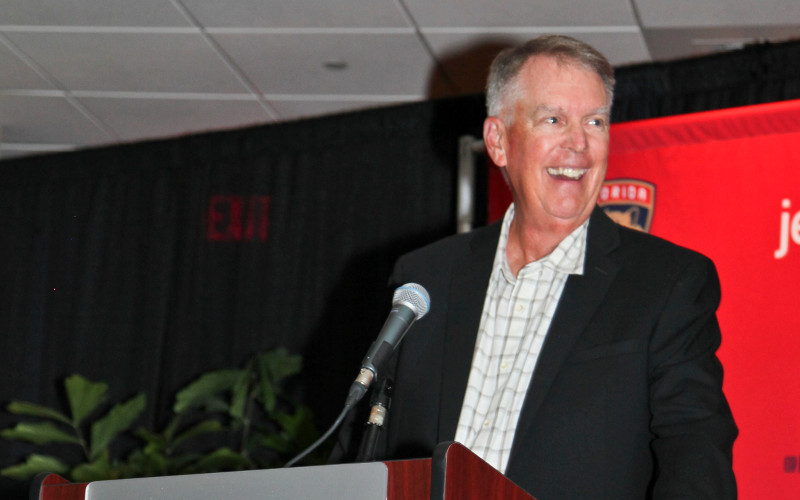 Jon Spoelstra’s reputation as one of the most innovative and successful sports marketers is well earned. He has demonstrated this commitment to the industry at every stop in his career. Jon is currently at SRO Partners, LLC, a sports marketing consulting firm that he co-founded, which works with teams in the NBA, NHL, MLB, and the minor leagues.

Previously, Jon was the President and Managing Director of Mandalay Baseball Properties, LLC for 11 years. While at Mandalay, owner/operator of seven teams, he created the most profitable minor league baseball teams ever. One of those teams, the Dayton Dragons, started setting a record that might never be equaled when it sold out every ticket to every game during a season. The Dragons have now been sold out for 12 straight seasons.

Before joining Mandalay, Jon served for multiple NBA teams. In 11 years with the Portland Trail Blazers as Senior Vice President and General Manager, he helped make the front office a model for all team sports. During his time in Portland, there was never a game that wasn’t sold out.

While in Portland, Jon was the focus of what is perhaps the strangest trade in sports history. Portland needed a guard to fill a hole created by injury. The guard that the Blazers coveted was Don Buse, a point guard for the Indiana Pacers. But instead of wanting a player in return as compensation, the Pacers wanted one week of Jon Spoelstra’s time. So Jon went to Indiana for a week, and played a key role in the restructuring of the Pacers front office during that time frame.

As President and COO of the New Jersey Nets for three years, Jon dramatically increased ticket and sponsorship sales. During his tenure, the team set its all-time attendance record. Sellouts at Meadowlands Arena increased from zero to 29. And local sponsorship sales went up from $400,000 to $7 million. Jon’s most famous marketing campaign occurred in 1994 while in New Jersey, when he sent rubber chickens with the tagline “Don't Fowl Out!” to all Nets season ticket holders who had not renewed their seats.

Remember that time Jon's son, Miami Heat Head Coach Erik Spoelstra, showed up unannounced at the ALSD Conference to present his father with the Bill Dorsey Visionary Award? Yeah, that was awesome.