Eric Lindberg was a fixture at the annual ALSD Conference and Tradeshow, presenting here on the far left at ALSD 2018 in Atlanta. Forever our friend and a leading voice others looked to for leadership and camaraderie, we will miss him greatly. 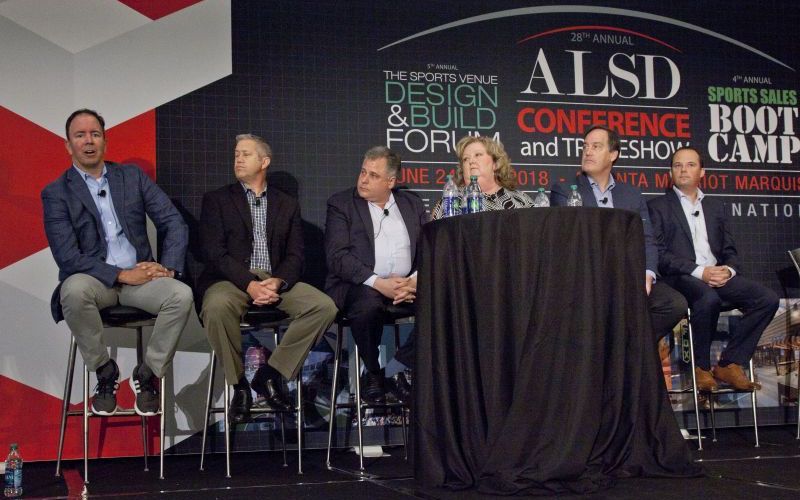 In news shocking the premium seat industry, Eric Lindberg, Vice President of Premium at Levy, has died suddenly. He was only 48 years old. At this time of publication, no cause has been given for his sudden passing.

“Eric was a fantastic friend of the ALSD,” says Bill Dorsey, Founder and Chairman of the 30-year-old trade association. “Eric was involved with as many accounts in the business, not just nationally, but internationally. He once told me he traveled around 200 days a year.”

Eric had been with Levy for 28 years, starting as an intern in 1992 at Wrigley Field. In 1997, he was promoted to run premium at Pro Player Stadium, the year the Florida Marlins won their first World Series. Notable accounts he spearheaded recently include Mercedes-Benz Stadium, Chase Center, and what many consider his crown jewel: the $760 million redevelopment of Wrigley Field’s suites and club spaces.

“There are few people more loved in this business than Eric,” says Dorsey. “He had that kind of everyman ability to relate to whomever he was with. Levy has been a fantastic sponsor of the ALSD since the beginning of the association, and Eric always made it seem as if he was our client and not the other way around. We will miss him.”