My Conversation with Tod Leiweke 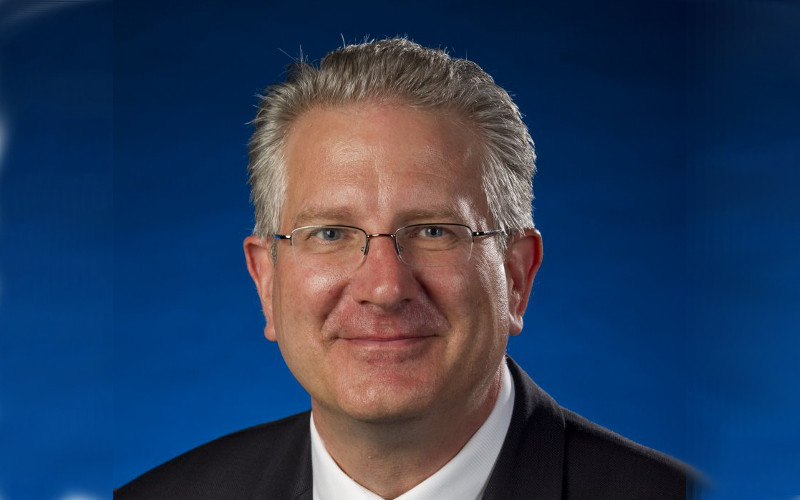 The CEO of Tampa Bay Sports and Entertainment and the recipient of the ALSD Visionary Award in 2015 – to be presented at this year’s annual conference and tradeshow – looks back on a career and an industry as well as shares his vision on what’s next for Tampa Bay Lightning fans and all of sports and entertainment.

What was your first job in sports?

My first job was working with my brothers for an indoor soccer team in Kansas City. But I’d say my first real experience was with the Golden State Warriors.

What was the vision you had for your career in those early days?

I was just hoping to get a job where I could pay the rent on a nice apartment. That was about the extent of my ambition.

When you got to the Warriors, how did your career begin to change?

When I joined the Warriors, a new ownership group bought the team. It was an exciting time. [The new owners] were really neat guys and put together a strong organization. At the age of 27, I became the vice president of marketing for an NBA team. I got to learn from the owners, who were really smart guys and who had run other businesses. It was a formative time in my career for sure.

Is there a moment that you can point to as a seminal event in your career where you knew you belonged in this business and could do special things for this industry?

When we were going to hire a new [marketing] agency, a number of them pitched new campaigns and said that they could bring us new sponsors, which is what the organization wanted. One group we met with was Goodby, Berlin & Silverstein. Those guys came in and said, “We’re not going to tell you what we’re going to do. We’re going to tell you who we are.” They talked about being a new agency and having a real fire in their belly.

Some voices in the organization wanted some of the other agencies because they could generate sponsorships, but the owners ultimately said that I got to pick, and I picked [Goodby, Berlin & Silverstein]. Sure enough, they did have a fire in their belly and developed a campaign called “We Came to Play.” They filmed a story on a playground about a team that thought they could make it to the big time but needed a coach. [New Warriors Head Coach] Don Nelson was in the commercials. We filmed two 30 [second commercials] and a 60 [second commercial].

Within an hour, we would buy two 30s and a 60-second spot. The spots were very different, almost a little startling. But it was a beautiful story, a very poignant story that drew an analogy to where the team was. We sold thousands and thousands of new season tickets [as a result of the campaign].

[Former NBA Commissioner] David Stern liked our campaign so much that he showed it to the Board of Governors. [The NBA] ended up hiring Goodby, Berlin & Silverstein (went on to become Goodby Silverstein), and they devised the NBA’s “I Love This Game” campaign. We were one of their first clients, and they went on to eventually become one of the most respected ad agencies in America.

After that success, what came next for you?

The PGA Tour recruited me, and that was an entirely different experience. Then I went back to the Warriors. I had a lot of rich, good experiences. But the origin of [my success] was when I started to understand how brand and advertising, when authentic and well communicated, can really build a business.

Fast-forwarding your career to today, what can you tell us about Mr. Vinik’s vision and plans for a massive real estate development in Downtown Tampa adjacent to your arena?

Will we be seeing the mixed-use development – restaurants, retail, office space, etc. – that we see in entertainment districts like L.A. LIVE?

We’ve traveled all over the country to look at models, and there’s nothing exactly like what we’re doing. We were in Columbus earlier this year for the All-Star Game and saw a really well done district called the Arena District. We’ve been to Fargo. We’ve been to L.A. LIVE. And we’ve been to everywhere in between. Ultimately, what we’re doing is creating a substantially enhanced fan experience for Lightning fans.

How does the team benefit from being a part of something larger than just an arena?

As we all know, the guest experience ultimately starts in someone’s home nowadays. So we think a lot about traffic and getting to our venue. We think about parking and how far away our fans have to park. We think about a walk-able district that feels safe, friendly, and ultimately energizing, as it becomes part of the overall experience of attending a game. These are ideas that are hundreds and hundreds of years old getting manifested in new ways.

The centerpiece of it remains the arena. It’s the fundamental driver of this whole idea. It’s still what goes on in the arena and the game experience that’s a really powerful thing. So while we’re thinking about connecting one end of the district to the other, from the aquarium to the convention center, we’re still very much focused on the epicenter, which is the game experience.

How has the premium seating experience changed throughout your entire involvement in sports and entertainment?

Things have changed a lot. But in many ways, they’ve stayed the same. There have been opera boxes in live theater for hundreds of years. In Europe, for example, you always had general seating, you had balcony seating, and you had opera boxes where the kings and queens sat. So [premium seating] has evolved, but some things have stayed the same. Authentic, well-presented experiences will always be able to be monetized.

Is there anything I may have missed that you want to drive home to the ALSD community?

None of us should ever forget that we’re in an incredibly exciting business that delivers amazing things to our communities. Most of the organizations involved in sports and entertainment do powerful good in their communities, they create economic activity, they touch charities, they touch the lives of fans, they provide escape on a daily basis for people. And we should never take it for granted. We should always realize how privileged we are to work in this business.

Come meet Tod at the 2015 ALSD Conference and Tradeshow, and watch him receive the ALSD Visionary Award at the All-League Breakfast on Tuesday, July 7.

To learn more about Tod’s achievements in sports an entertainment, read his complete bio.

To learn more about entertainment districts, such as what is being developed in Tampa Bay, plan to attend The 2nd Annual Sports Venue Design & Build Forum, held in conjuction with the ALSD Conference and Tradeshow.

For more information on the 25th Anniversary of the ALSD Conference and Tradeshow (July 6-9, 2015 in San Francisco), review the full schedule of events and registration information.