The ALSD recently met with Matt Homan, President and General Manager of Dickies Arena, to discuss the new sports and entertainment venue coming soon to Fort Worth, Texas. Throughout the day, which included a walkthrough of mockup premium products in the arena’s preview center as well as a hard hat tour of the real thing next door, Homan detailed all of the building's one-of-a-kind elements.

Built through a unique public-private partnership, owned by the city of Fort Worth, and operated by the nonprofit Trail Drive Management Corp, Dickies Arena brings sports and entertainment back to the Fort Worth side of the crowded DFW Metroplex, while leaving a legacy for the future of the 13th largest city in the United States, currently growing at a faster rate than any other top-20 city.

Enjoy the highlights of our conversation below. The transcript has been lightly edited for clarity.

While your arena is similar to most across the venue marketplace, your primary tenant is unique amongst our membership. Can you share with our readers who that is? 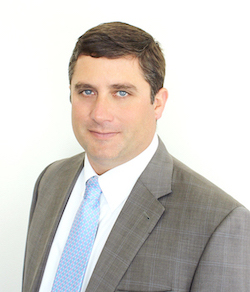 Our primary tenant will be the Fort Worth Stock Show & Rodeo. Their rodeo performances will move from the iconic Will Rogers Memorial Center over to Dickies Arena beginning in January of 2020. We’ll have 25 rodeo performances in the new arena that’ll take place beginning the Friday before the Martin Luther King holiday and run for 23 days straight.

The Fort Worth Stock Show & Rodeo is a 501(c)(3). They’ve been around for over 100 years and have had rodeo performances for over 100 years. We consider them our anchor tenant in the facility, so we did not go out looking for a minor league sports team to come into this facility.

We felt like we had a great anchor tenant in the Stock Show & Rodeo, which gave me the ability to then take to market the arena and bulk book some other opportunities throughout the rest of the year, which I thought was needed on this side of the Dallas-Fort Worth Metroplex.

You mentioned the Stock Show & Rodeo and your organization are nonprofit entities. I don’t want to just gloss over that fact. Can you go into more of the details of your financial structure?

Dickies Arena is a public-private partnership with the city of Fort Worth. The private side came back and said, if we’re making this financial contribution to this project, because at the end of this, the city will own this arena, we don’t want to let this arena be run as other city facilities would be run, so we’re going to create another not-for-profit entity. And that’s Trail Drive Management Corp., of which I’m the President and General Manager.

“To my knowledge, there’s no other arena in the United States that’s set up like this.”

The unique thing is Trail Drive Management Corp. opens up with little to no debt on the arena. And any net revenues that we make at the end of the year can only be done with three ways – put into a reserve account, a capital maintenance account, and then the third is we can also reinvest it back into the city’s assets here on the Will Rogers campus.

So the city has now created this product that reinvests anything it makes back into its own facilities.

It’s truly remarkable. To my knowledge, there’s no other arena in the United States that’s set up like this, and that was one of the attractive things about coming and starting this company.

What are some of the other events and opportunities that you alluded to booking that we can expect to see programmed into the building?

We’ve already locked in the NCAA men’s basketball tournament in 2022, the American Athletic Conference men’s basketball tournament in 2020 through 2022, the NCAA women’s gymnastics championships in 2020 through 2022, and then we’re going to do concerts, family shows, and other sporting events in this facility year-round. The stock show only takes us offline for the month of January and a little bit into February. 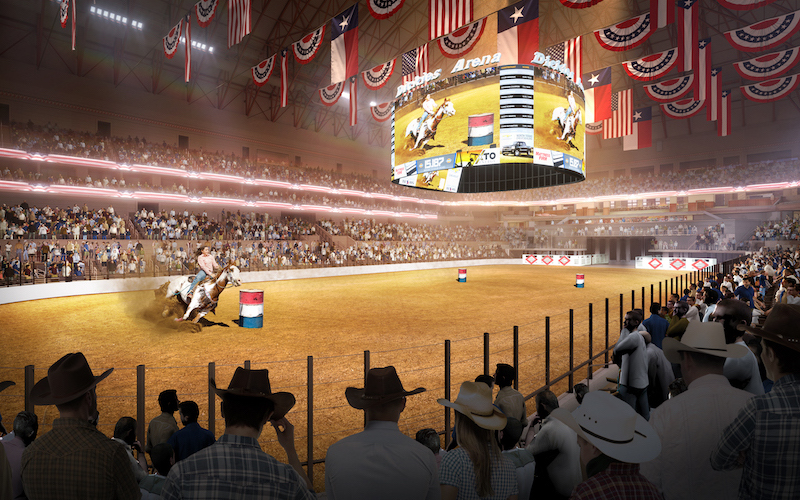 The Fort Worth Stock Show & Rodeo, which runs for 23 days across January and February, will be the arena's anchor tenant. Photo courtesy of Dickies Arena.

What is your communication and messaging to sponsors, promoters, and artists to say, hey, you can actually play both Dallas and Fort Worth because the numbers support it?

I’m out there preaching and selling that every day, whether it’s to the artists, managers, agents, or promoters. The easy explanation to someone in Los Angeles is, well, it’s like LA and Anaheim – two separate markets. Yes, they’re the same TV market, but two totally separate markets, where you do not see people traveling back and forth.

People from Fort Worth don’t necessarily like to travel to Dallas. You can play both buildings, and you can have a concert at American Airlines Center on Wednesday or Thursday night and then play Fort Worth on Friday or Saturday night. It will take time to show promotors and agents that you’re not robbing Peter to pay Paul, so to speak, but that they are two unique markets and you can walk out with money from each venue.

Once you show buying patterns aren’t crossing over and it is that unique market, then you’ll start to see back-to-back events. All the family shows are already going to do it because they know they don’t have to double their marketing dollars. They can make one marketing spend, play Dallas for a week, and then come play Fort Worth for a week. Concerts will take a little bit of time, but it’ll eventually happen. 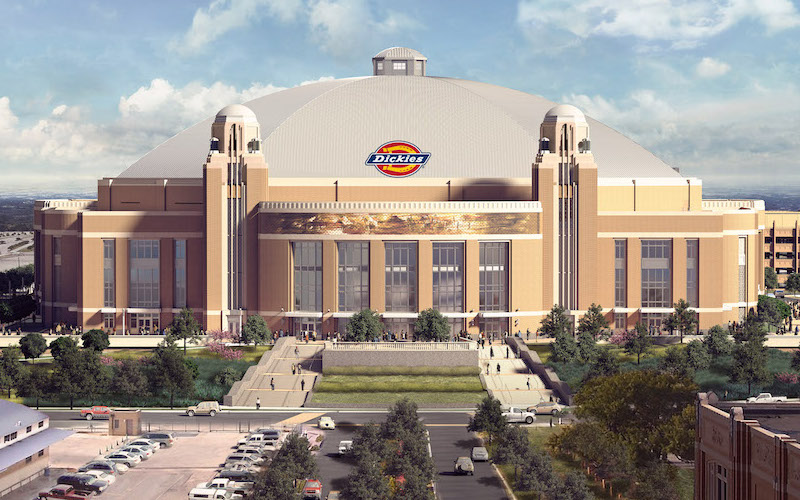 Since the core of our audience works on the premium levels, what’s the rundown of your premium portfolio here?

I’ll start with the entry level. We’ll have 2,600 club seats in the arena. Those club seats start at $3,000 per seat, include all of your season tickets to the rodeo performances at Dickies Arena, and gives you the first right of refusal into the arena, which is guaranteed seating in the best 25% seating in the house. So it’s kind of a floating club seat. You don’t have the same seat for every concert and rodeo performance.

We then move into rodeo boxes, which are historically very important here in Fort Worth. We increased the rodeo boxes from what is in Will Rogers by about 62. We also increased the size of those rodeo boxes, so we have more seats down there. Those rodeo boxes are that person’s season ticket for all the rodeo performances. And then we added in a club seat package, giving them the first right of refusal to buy those seats throughout the rest of the year. It includes your parking pass. It includes all your rodeo tickets. And that starts at $20,000 per rodeo box.

Then we move up to our premium level into our loge boxes. We’ll have 32 loge boxes in the arena. They are located on the suite level, on the four corners of the arena. All of our loge boxes are four-, five-, or six-seat boxes. And we’ve priced them to be all-inclusive. They include all your tickets, all your parking, and they start at $33,000 a year.

We’ll have 40 suites in the arena, 36 for sale on annual contracts. We’ve sold out of those annual contracts. Those also include all your tickets and parking passes for all performances and events that’ll come into Dickies Arena. We sold those suites for $107,000 a year. We were very successful in selling those products, and we have something great on our hands for the future of Fort Worth.

Watch our entire Dickies Arena video series, featuring a tour of the preview center and arena construction next door, all premium seat details, and food and beverage tips and insights from ALSD Member Julie Margolin.