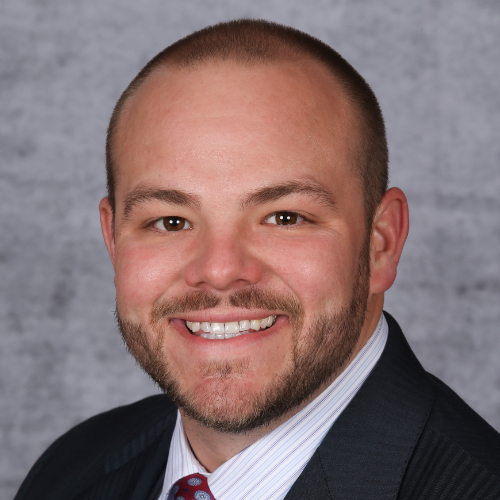 Sean Decker was promoted to Executive Vice President, Sports & Entertainment in January 2020 after serving as a Senior Vice President, Operations & Events since June 2017.

Previously, Decker spent four years as the Rangers Vice President, Ballpark Operations. He joined the club in 2010 and has served in several roles including Sr. Account Executive, Suite Sales and Director of Sales and Assistant Vice President of Rangers Enterprises.

Decker began his career in professional baseball as Operations Assistant with the Pacific Coast League's Colorado Springs Sky Sox in 2008 and also worked as Assistant Director of Baseball Operations for MLB's Arizona Fall League and as Corporate Marketing Manager for the Texas League's Frisco RoughRiders before joining the Rangers.

Decker currently serves on the board for both the Arlington and Dallas Sports Commissions.

A native of Grapevine, Texas he earned a Bachelor of Science degree in Exercise and Sports Studies from Tarleton State University.   Sean and his wife Renni have a son, Rhett, and reside in Colleyville.