The State of the Industry | International Edition 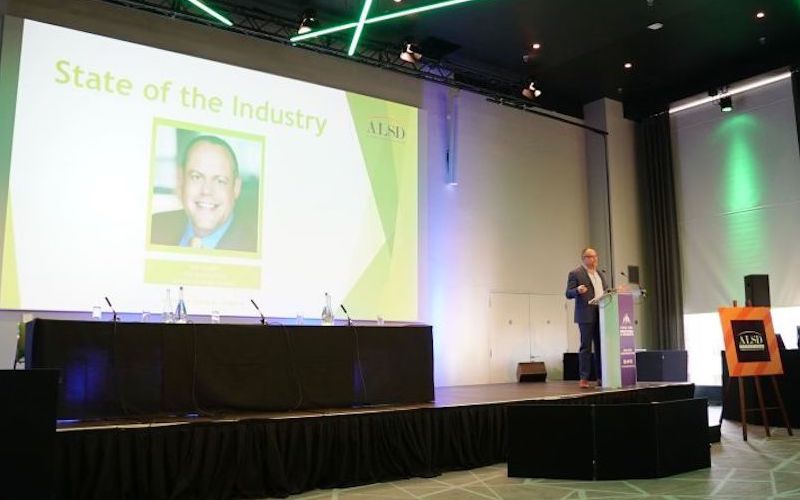 In 25 high-velocity minutes from the ALSD International 2019 stage, Rob Hunden covered the state of the entire global venue marketplace. All the new builds. All the renovations. All the major opportunities coming to all the world’s biggest sports, leagues, and markets. After his whirlwind delivery of data points, research, and prognostication (I’m not sure he had time to take a breath), one thing was certain: we are living in an unprecedented time of international venue development.

“We’ve got more than €8 billion in international sports projects currently finishing or underway, €5 billion in just the last two years,” said Hunden. “And that’s just the really big ones.”

Hunden delivered his ALSD International 2019 presentation in the Hogan Suite at 82,300-seat Croke Park – Ireland’s largest stadium, Europe’s third largest venue, and as observed by Hunden, “one of the big houses.”

Ireland proved to be a fitting host to Europe’s only event dedicated to the premium seat and hospitality sector. The conference delegation learned the emerald nation has 17 venues with over 15,000 capacity, hosting a plethora of sports, including the world’s most popular – football, rugby, and cricket – a perfect microcosm of the global marketplace.

Hunden Strategic Partners (HSP), the full-service U.S.-based real estate development advisory practice, expanded its database in 2019 to include international venues, primarily outdoor stadiums in Europe in this initial buildout. From a preliminary pool of 400 stadiums worldwide, HSP focused its “State of the Industry” criteria on football facilities over 50,000 capacity, rugby stadiums over 50,000, and cricket grounds over 35,000, as well as any recent Formula 1 venue developments.

Europe has largely shifted from upgrading existing facilities to building new ones in the past two decades. The early aughts (2000-2009) witnessed 23 new builds. The current decade has celebrated 25 new venues. And more growth is on the way.

“We’ve got more than €8 billion in international sports projects currently finishing or underway, €5 billion in just the last two years. And that’s just the really big ones.”

“Our projection is there will be more than 30 new builds in the next decade,” Hunden said.

In parallel with the increase of new venues, the costs to build them have also increased. To illustrate his point, Hunden considered the three most recently completed facilities in each category.

What will a new football facility run these days in Europe? €715 million, on average. In the other sports, average costs run €500 million for a new rugby stadium, €300 million for a Formula 1 venue, and €115 million for a cricket grounds, which is perhaps the most exciting category with the most explosive future growth opportunities.

“We expect that to increase,” Hunden forecasted.

Europe’s venue marketplace was once widely considered by industry insiders to be ten years behind North America. Evidenced by the numbers and by simple observation, that view is simply not true anymore.

Unlike the United States, where only a handful of older venues remain, such as Wrigley Field and Fenway Park, the European sporting theatre, where tradition runs deep, still holds firm to numerous nostalgia-rich facilities. According to Hunden’s research, one-third of all venues in Europe were constructed before World War II.

“There are many [venues] out there ripe for redevelopment and renovation,” Hunden claims. “There are a lot of venues with some age on them.”

Once a venue in the U.S hits its 20-year mark, venue owners are now investing in colossal transformations between $200 million and $500 million. Hunden believes this trend is making its way across the pond, where a large percentage of stadiums built before 1970 are in need of major investment.

“UEFA is pushing the standards in terms of what’s expected to host events,” said Hunden. “And that’s really pushing our industry to upgrade these facilities.”

Since 2004, the total amount spent on renovations ranges from less than €500 million in Formula 1 up to €2.5 billion in football venues. With ambitious case studies for Camp Nou (€600 million, FC Barcelona), Santiago Bernabéu Stadium (€525 million, Real Madrid), as well as ANZ Stadium in Sydney, Australia (€800 million, National Rugby League) in the pipeline, these renovation investment figures surely will climb dramatically in the coming years. 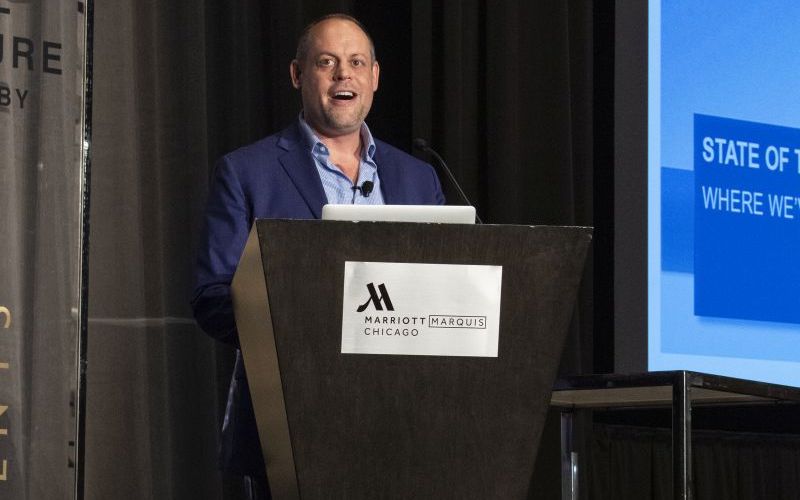 Pictured here at the 29th Annual ALSD Conference and Tradeshow in Chicago, Rob Hunden delivers one of his State of the Industry presentations. Based on three years of successful analysis in North America, Hunden Strategic Partners expanded its database in 2019 to include international venues.

Aside from the above projects, Hunden expects more upcoming renovation work, rather than new construction in North America, with one exception.

“The really big change for us has been soccer,” Hunden said.

With Major League Soccer rapidly expanding, as well as new venues on the way for the United Soccer League, cities like Nashville, Austin, Sacramento, St. Louis, Cincinnati, Louisville, among others, are all constructing new soccer-specific stadiums.

Hunden believes the future of venue development is rooted in “blue architecture”, which not only focuses on the field and the game itself, but also emphasizes sustainability and human interaction, a concept applicable to all venue and event types.

“We didn’t cover arenas [in 2019],” said Hunden. “But that’s a tease for us for next year. We really want to start getting into arenas. It’s much less of a sports focus and more of a concert focus.”

“We absolutely recommend anyone looking to build a new facility also buy all the surrounding real estate, so you can control all your pre- and post-event activity,” Hunden said.

In the ALSD’s post-conference surveying of delegates, Rob Hunden’s “State of Industry” presentation was routinely identified as an event favorite, feedback consistent with his North American versions.

“One of my favorite parts of ALSD is the State of the Industry and seeing how innovative the other venues become,” Rebecca Simon, Director of Client Services at Indianapolis Motor Speedway, said at the ALSD’s 2019 North American conference in Chicago. “You can see how learnings here at ALSD have been implemented in those spaces.”

We look forward to checking back next year to see how this year’s learnings become tomorrow’s state of the industry.

To download a copy of Hunden Strategic Partners’ ALSD International 2019 State of the Industry slides, which include more depth on international venues by sport and by country, visit the Downloads page on HundenPartners.com.