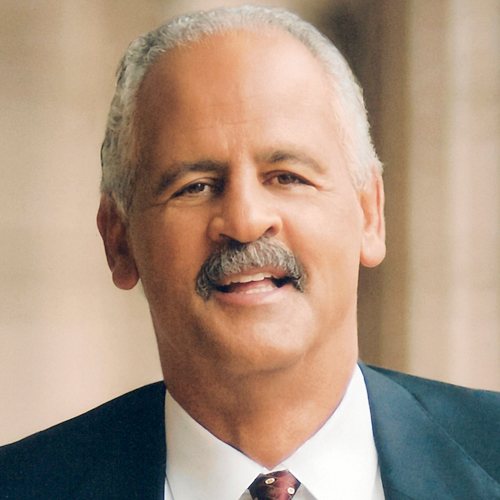 Stedman Graham is chairman and CEO of S. Graham and Associates, a management and marketing consulting firm.

He is the author of 12 books, including two New York Times best sellers and one Wall Street Journal bestseller.

As a businessman, educator and speaker, Graham lectures and conducts training programs for corporations and educational organizations worldwide on the topic of Identity Leadership, based on the philosophy that one cannot lead anyone else until you first lead yourself. He has delivered Identity Leadership programs in The Netherlands, Germany, China, Canada, the UK, Bermuda and South Africa.

His proven Nine Step Success Process® drives his powerful message. This success process is based on the principle that it doesn’t matter how the world defines you, it only matters how you define yourself. Graham is honored as a distinguished visiting professor at colleges and universities throughout the country. He is a former adjunct professor at the Northwestern Kellogg School of Business where he taught the course, “The Dynamics of Leadership.”

Graham’s clients include Gulfstream, Aerospace, Microsoft, Deloitte, Wells Fargo, Lenovo, General Dynamics and the US Department of Labor and Education.

As a proud native of Whitesboro, New Jersey, Graham has demonstrated an enduring dedication to youth and community. His New York Times best seller, Teens Can Make it Happen has become a program utilized in numerous middle and high schools in the US and abroad.

Stedman Graham has served in the United States Army and played professional basketball in the European League. Graham holds a Bachelor Degree in Social Work from Hardin-Simmons University and a Masters Degree in Education from Ball State University and has been awarded three honorary Doctorates. Graham serves on several boards and has received numerous awards.