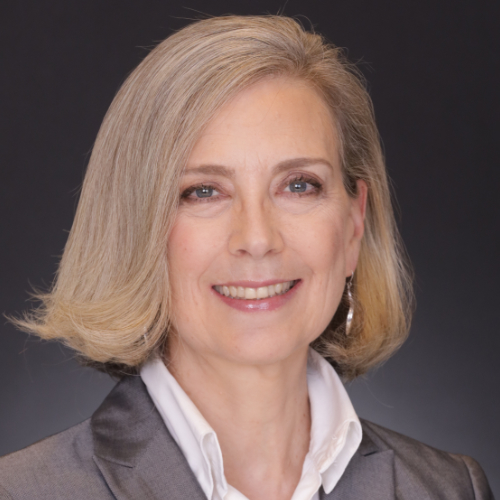 As the NHL’s Executive Vice President, Club Business Affairs, Susan Cohig is responsible for working across all business areas of the League office, including digital media, events, finance, integrated sales, marketing, partnership marketing and broadcasting, and in collaboration with the legal team, to support Club and League business and policy imperatives. In her role, Cohig identifies and evaluates opportunities and related agreements and assesses their impact on the organization, including for NHL Teams, to ensure the continued advancement of the League’s business priorities and strategic objectives. In this role, Cohig also works to elevate League business and marketing activities through a partnership with NHL Teams and their support of key League initiatives. Cohig plays a central role in engaging with Team leadership and managing associated business support, leading efforts with and among all Teams relating to best practices information sharing and implementation. Cohig is responsible for managing the annual NHL Club Business Meetings where League and Team executives gather to analyze opportunities and challenges affecting all business areas. Cohig is instrumental in managing the successful onboarding of NHL expansion franchises, including the Vegas Golden Knights for the launch of their 2017 inaugural NHL season, and the Seattle Kraken, scheduled to begin play in 2021.

Cohig also negotiates the licensing of the use of League and Team properties across various content platforms including television and film projects; manages League and Team policy and compliance matters; and regulates internal business units to maximize value.

Prior to taking on her Club Business Affairs role, Cohig was responsible for the management of the League’s U.S. based national partner relationships. In that role, Cohig successfully influenced the elevation of NHL partner awareness by incorporating significant activations at the League and Team levels through various avenues, including broadcasts and events. In 2013, Sports Business Journal ranked the NHL higher than the other major sports organizations in fan loyalty relating to corporate partner awareness. NHL fans not only recognized NHL partners more than other fans, but also indicated they were more likely to choose those brands over their respective rivals. Under Cohig’s direction, companies such as Geico, Verizon, Coors Light, Honda, Enterprise, Discover, and Ticketmaster realized double-digit percentage growth in brand awareness. Cohig also led the U.S. team’s successful efforts to upsell and renew relationships and was responsible for leveraging and transforming single-year deals into multi-year renewals, deepening partner investments in hockey and providing increased opportunities to engage with NHL fans.

Cohig also spearheads the NHL’s women’s hockey initiatives, working to elevate awareness and promote growth and by using NHL platforms to spotlight the women’s game. Cohig connects the NHL’s business with all levels of women’s hockey, from grassroots to elite and professional, as well as providing greater visibility by integrating editorial coverage on NHL.com and incorporating involvement with key League events.

In 2021 Sportsnet identified the women who are responsible for shaping the game and named Cohig as one of the most powerful women in hockey. Selected as a “2020 Women of the Year” honoree by WISE (Women in Sports & Entertainment), Cohig was recognized as an outstanding industry leader for achieving success while paving the way for other women. Cohig was named as a “2019 Notable Women in the Business of Sports” honoree by Crain’s New York Business for her role in helping build blaze new trails for women in the world of sports business. In 2017 Cohig was recognized as a “Woman of Inspiration” by WISE for making a positive impact on the business of sports while serving as a positive role model and mentor for other women. Cohig was also acknowledged as a 2014 Marketing Hall of Femme honoree by Direct Marketing News. In 2013, Cohig was named as a “Game Changer – Women in Sports Business” by Sports Business Journal, which recognizes the contributions of women to the success of the industry; and as one of Globe & Mail's "Power 50" List of Canadian Sports Figures in 2013, joining many powerful movers and shakers in the sports industry.

Before joining the National Hockey League in 1996, Ms. Cohig spent several years with Ascent Entertainment, overseeing the sales and servicing of corporate partner relationships of the NHL Colorado Avalanche and the NBA Denver Nuggets. While with Ascent, Ms. Cohig was a part of the management team responsible for the move and introduction of the Colorado Avalanche hockey team to the market.