Tech as the Convergence 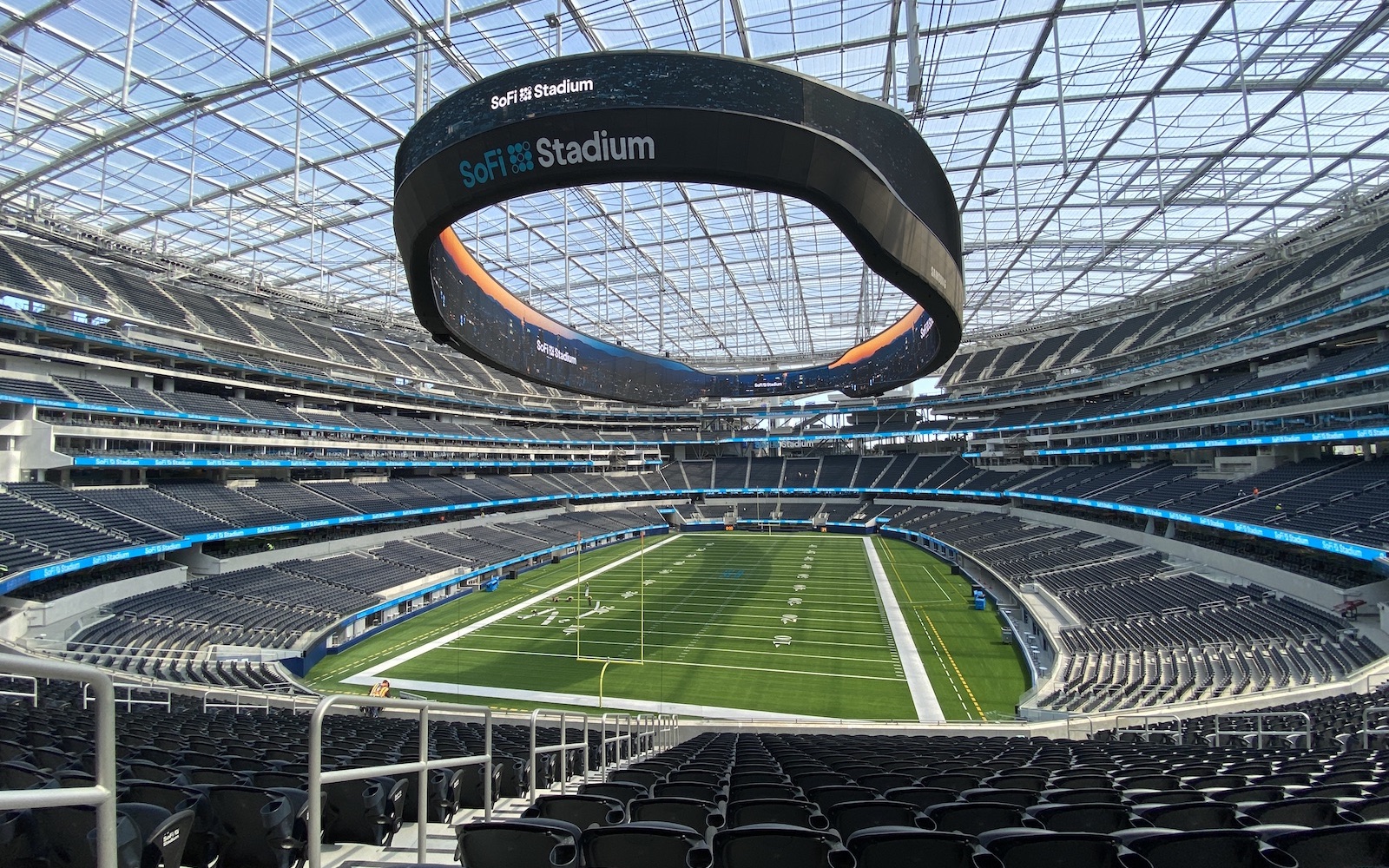 The phrase “Can you hear me now?” – made famous by a mobile phone operator in nationwide TV commercials nearly two decades ago – still resonates with many of us today, especially when catching a ballgame, going to a concert, or attending a tradeshow. The difference today is that we’ve reached the age where the expectation for zero-drop internet connections married with immersive in-venue experiences is higher than ever before due, in part, to the capabilities we know are possible through technology innovations in networking, video, cloud, security, data, and analytics.

In large sports and entertainment venues, crowds are competing for uninterrupted, always-on connections to the internet, and critical venue operations, like ticketing, are becoming digitized and relying on the network to hold up.

The Venue as a Media Platform

As we look around the sports and entertainment world, we see the venue becoming more than just a place to go watch a favorite team or performer. The venue is becoming a media platform. First and foremost, fans still want greater convenience. We want to get in and out of the venue seamlessly and safely. Inside, we don’t want to miss any of the action waiting in lines or wandering aimlessly looking for restrooms or concessions. We also want customized experiences – things that leave a lasting impression.

Magic is found in personalization, when you can find a true one-to-one experience, where a team or venue can tailor opportunities to you on a personal level. That means venues need to be designed both inside and outside the arena to not only create compelling engagement points for consumers, but also be capable of distributing content throughout its footprint and around the world.

For more than a decade, Cisco has been a technology leader in the sports and entertainment industry. Cisco’s purpose-built, secure platforms have been installed in hundreds of venues in several countries around the world and enabled more connected experiences for hundreds of millions of fans. In addition, the biggest leagues, events, and entertainment companies are harnessing the power of Cisco technology and solutions to create greater efficiencies and drive revenue.

The Cisco Connected Stadium Wi-Fi network at SoFi Stadium and Hollywood Park utilizes Wi-Fi 6, the next-generation wireless standard, and is the largest deployment ever of the technology in a sports venue. With the ability to deliver faster speeds, SoFi Stadium creates more immersive experiences for fans, and with more bandwidth (four times greater capacity than the previous Wi-Fi standard), stadium-goers can expect higher reliability of the network without killing their device’s battery. The high-density network also enables SoFi Stadium and Hollywood Park to leverage one secure Wi-Fi platform for employees, operations, and fan-facing services.

The nearly 300-acre global sports and entertainment destination uses Cisco Vision, an end-to-end dynamic signage solution that combines high-definition video delivery with state-of-the-art digital signage. The first-ever entirely 4K deployment of Cisco Vision powers approximately 2,500 screens throughout SoFi Stadium’s concourses, suites, concessions, as well as across Hollywood Park, making it one of the most sophisticated venues in the world to create and deliver media-centric experiences. Having one central point of control for all screens makes it possible to dynamically program every area of the property and take a customized approach for each screen as desired or needed.

All these unique capabilities are supported by a hyper-converged network from Cisco, powering all aspects from connectivity, compute, collaboration, management, analytics, signage, security, and sensors. 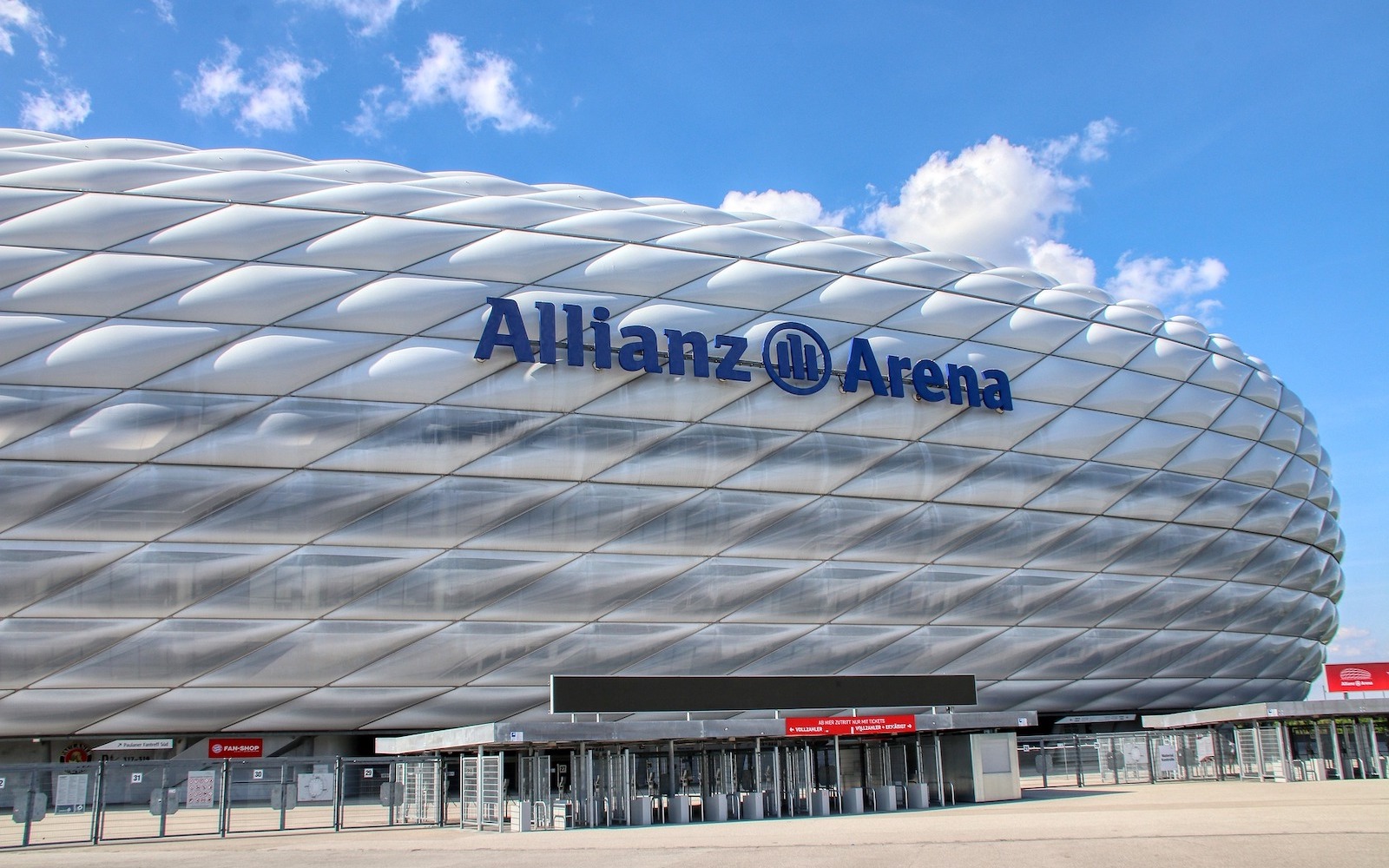 FC Bayern’s Allianz Arena, host venue for EURO 2020, the 2023 UEFA Champions League Final, and EURO 2024, continues to place a high priority on technology investment. The club has chosen Cisco as its preferred vendor in technology solutions, deploying a range of solutions from networking, security, collaboration, and digital signage, capitalizing on the value a true end-to-end network adds to the iconic stadium.

Starting in 2006 with the World Cup in Germany, Allianz Arena has leveraged the power of a Cisco converged network to support many applications across its footprint – from building management systems (BMS), security, and video surveillance to access control, such as turnstiles. In 2014, they upgraded and evolved that network to introduce Connected Stadium Wi-Fi to fans throughout the 75,000 seats and unveiled Cisco Vision to power massive screens in 4K, providing new digital assets for sponsors to activate and increasing brand awareness for the club.

This year, Allianz Arena has upgraded its network again, deploying Wi-Fi 6 throughout the arena and establishing the opportunity to offer unique, personalized services to fans, including digital ticketing, mobile ordering of concessions, indoor navigation, and personalized content. These stand-out experiences put Allianz Arena ahead of the technology curve and industry trends, further driving towards its goal to digitize the entire club from efficient operations to digital fan engagement to foster lasting memories for loyal fans.

More recently, Cisco announced it is working with the NFL, one of the most influential sports leagues in the world and long-time customer of Cisco. As an Official Enterprise Network Partner of the NFL, together, Cisco and the NFL share a vision to create a new chapter in the sports and entertainment industry by developing a Connected League platform – a unified, intent-based networking architecture to connect all 30 venues to the league itself using Cisco hardware and technology.

This unified network will allow the league to support various facets of gameday operations, such as network security and network infrastructure, to support instant replay on gameday, while being more flexible, responsive, and resilient.

As we return to venues, the collection and integration of data from point-of-sale devices into usable analytics will power a 360-degree, concierge-like experience for the event attendee with personalized content experiences in suites, on menu boards, and throughout the venue. Imagine pulling up an app on your phone that can tell you how long the line is for the bathroom, or where in the venue you can find merchandise for sale to match your style. Or maybe you’re the advertiser looking to make the most of your advertisement spend and reach multiple demographics through dynamic, targeted advertising experiences. This level of interactivity and more is being made possible through the power of data analytics from Cisco and our ecosystem partners.

By offering an end-to-end portfolio of solutions, Cisco has created one-stop shopping that allows properties to leverage the entire stack of solutions across video, cloud, networking, security, data, analytics, and more to create an environment that is centrally and dynamically controlled. Ultimately, Cisco technology delivers the speed, reliability, and security that the sports and entertainment industry has come to rely on in today's ever-evolving digital world.

Ken Martin is the Director and GM of Global Sales, Sports and Entertainment Group at Cisco.