In partnership with Nashville-based design firm Advent, the University of Texas has opened the largest hall of fame in college athletics in the north end zone of Darrell K Royal-Texas Memorial Stadium. 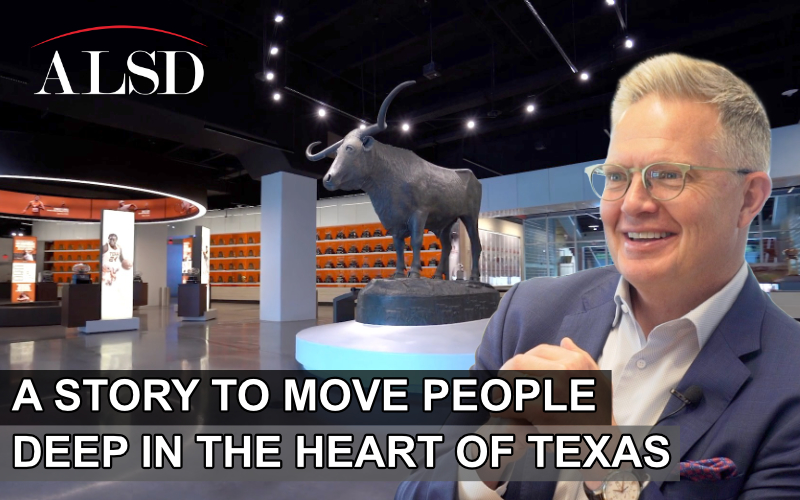 Prior to the grand opening of the Frank Denius Family University of Texas Athletics Hall of Fame in August 2019, the University of Texas never had a hall of fame for its 20-sport athletics program. Now over 125 years of Texas Longhorns are remembered in a 24,713-square-foot collection of memories that’s open to fans, students, donors, and alumni to visit before, during, and after games, as well as on non-gamedays.

One of the hall of fame’s signature features is that almost every trophy on display can be touched by visitors.

“The reason that’s important is because if you’re a fan, or you’re a recruit, or you’re a current student-athlete, that’s your trophy,” says John Roberson, Chief Executive Officer at Advent. “It connects to your moment.”

In sum, 392 trophies are displayed, celebrating the achievements of 55 national championship teams, hundreds of individual national champions, 171 Olympians who have won 145 Olympic medals, and the 529 members of the Texas Athletics Hall of Honor.

“The things that the fans remember and hold in their hearts are moments and memories and great plays or iconic games or iconic players,” Roberson says. “And so, we want to create the set of circumstances that rekindles those moments that are worth connecting with. If we can get the right story, if we can capture the right emotion, we can create an experience that moves people.”