A Viking Ship Appears on the Minneapolis Horizon 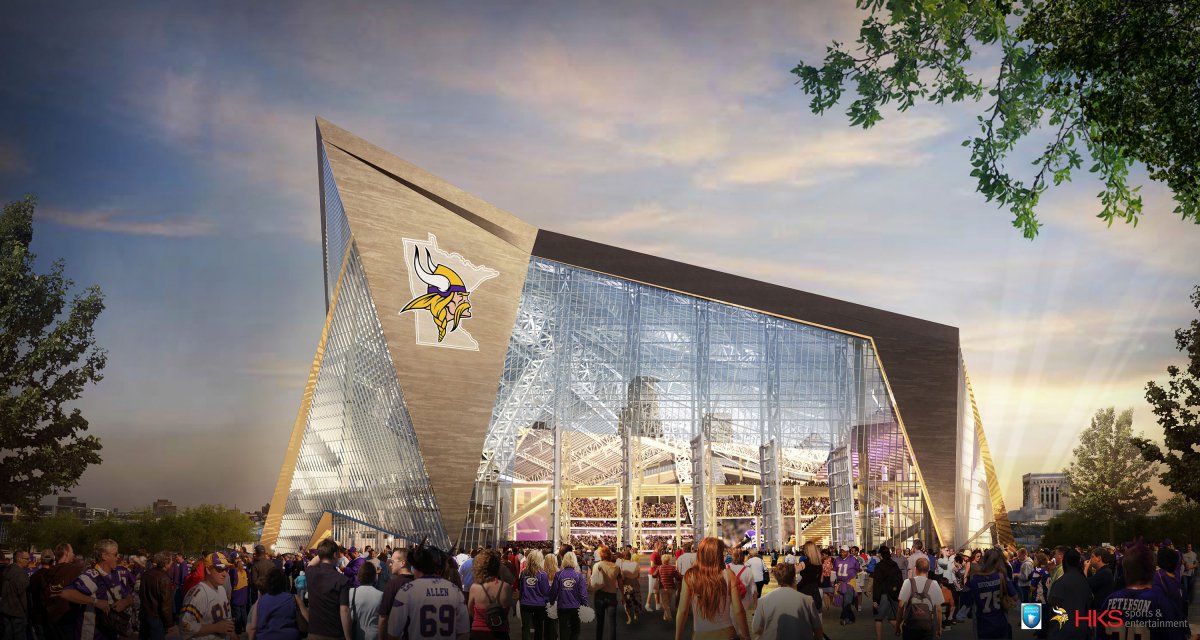 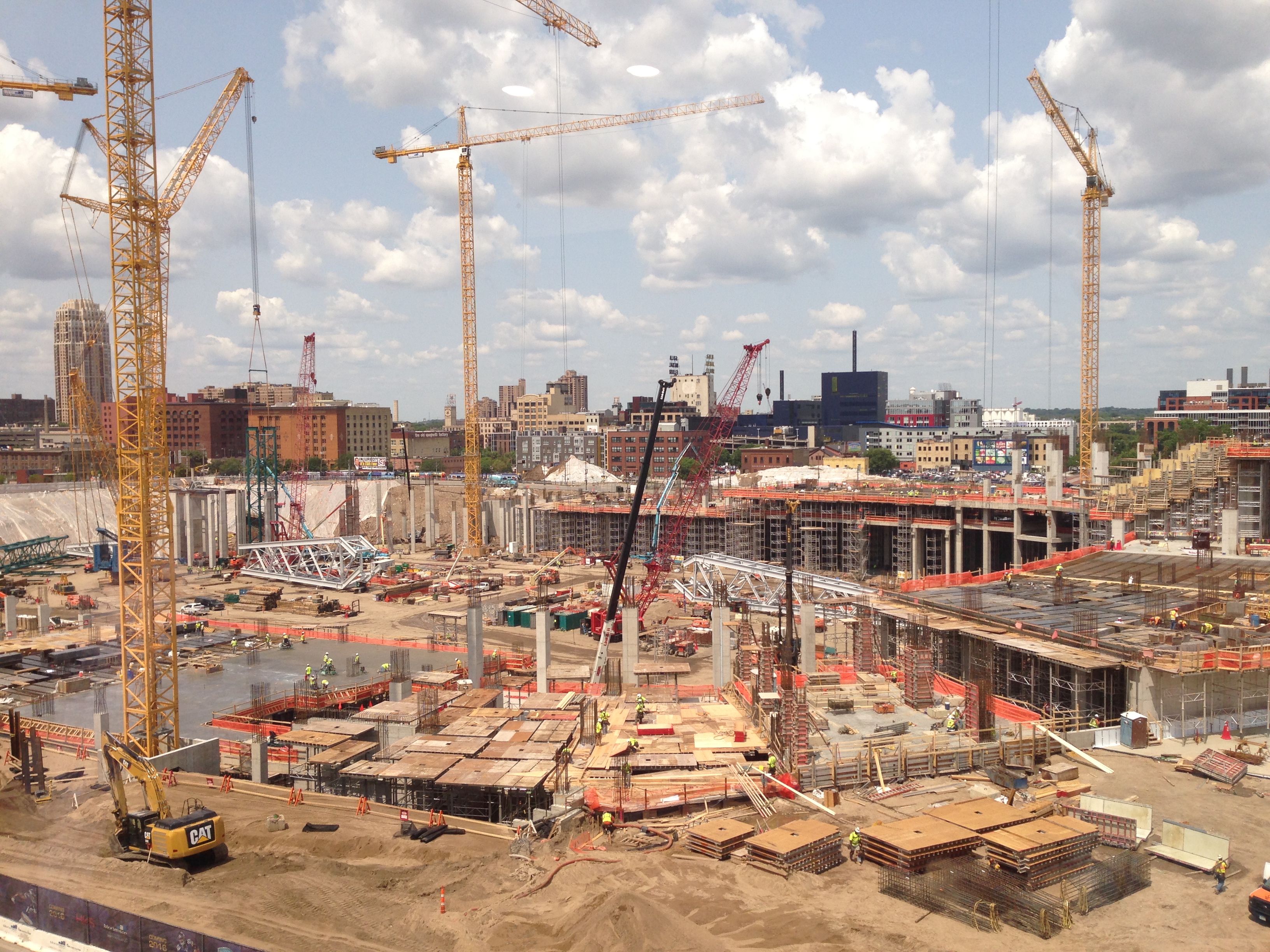 During a recent visit to the Twin Cities, I noticed some sizeable changes to the Minneapolis skyline. The new home of the Minnesota Vikings is sprouting out of the Downtown East neighborhood beneath a refrain of construction cranes, a new tower crane appearing seemingly every day. “[The stadium] is getting bigger all the time,” says J.P. Paul, Director of New Stadium Corporate Development for the Vikings.

And bigger is better for fans of the purple and gold. When the stadium opens in the fall of 2016, it will fill out a uniquely designed footprint (1,750,000 square feet) nearly twice the size of the old Metrodome and will be programmed with a multitude of amenities that were absent at the previous venue.

Earlier this year, I witnessed many of these features and design elements at the New Stadium Preview Center that overlooks the construction site. Below is a snapshot of the bones of the stadium layout and site.

Designed by Dallas-based HKS (architect of AT&T Stadium), the $975 million, multi-purpose facility features many creative components. With an angular appearance, the stadium mimics a Viking ship sailing out of the adjacent Mississippi River towards the downtown core. But despite its linear nature, the structure’s materials will reject the snow and ice shards of the long Minnesota winter.

Over 60% of the New Minnesota Stadium roof will be made of ethylene-tetraflouroethylene (ETFE), a plastic-like, non-stick, transparent surface. And not only will the ETFE roof resist dirt and debris and rain and snow, but because of the roof’s angle and its south-facing orientation, the entire playing surface and many seats will be covered in sunlight on clear autumn afternoons.

So you’ll now be able to get a suntan at a Vikings game in December, or in my case, sunburn. Who needs a tropical winter getaway?

A retractable roof simply wasn’t practical in Minnesota, with the climate being what it is in the fall and winter months and with NFL regulations requiring a retractable roof to be closed once temperatures fall below a certain level. But the Vikings did want some sort of retractable element, so HKS has designed the world’s largest retractable doors: five pivoting glass doors standing ten stories tall.

“By having the large glass walls and pivoting doors, we can bring in the feel of being outside as you look west from our seating bowl towards the downtown Minneapolis skyline,” Paul says. “Yet it will still be in a climate-controlled environment.”

The stadium will open to a three-acre plaza, located outside the pivoting doors (similar in concept to the plaza outside Levi’s Stadium). This area will be heavily activated not just on gamedays, but also throughout the year with cultural presentations, music festivals, and other community events.

The fan experience will be extended further into The Commons, what the Vikings are calling “our own version of Central Park”. This new two-block area will also be abundant with activation and tailgating on gamedays, as well as serve as a public gathering spot 365 days a year.

For additional information on the New Minnesota Stadium (including the premium product mix) and the New Stadium Preview Center, see my cover story in the upcoming fall issue of SEAT Magazine.