Will the Real Esports Fan Please Stand Up

Many sports business executives base their understanding of the esports audience on stereotypes. But this emerging segment brings fans with unique tastes and the means for suite experiences.
By Todd Merry, Delaware North 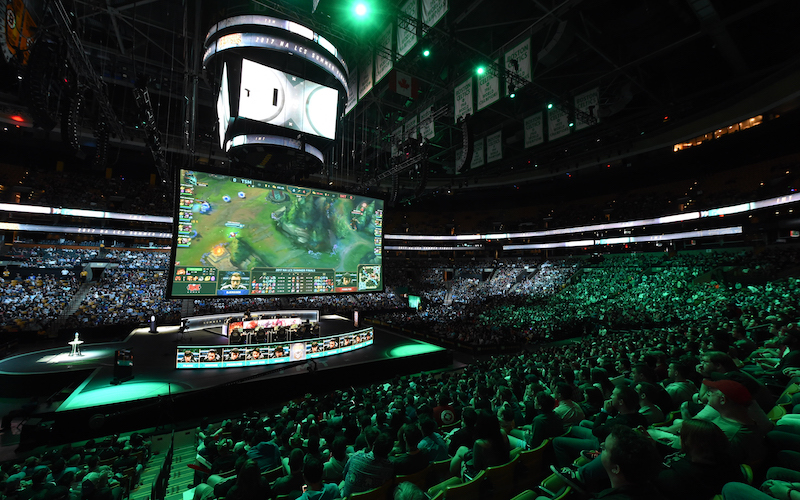 The esports fan. Or in other words, the fabled unicorn of the sports industry.

Many in or around the sports business can describe one. They know what he (not she) looks like. Some will even allege to know the consumer preferences of the esports fan, even without ever having seen one in person.

And they know all of the stories too. There’s the “They don’t drink beer, only Mountain Dew or energy drinks” narrative. Others will say, “They don’t have money, so they don’t really spend.” And, of course, “They don’t care what they eat. The usual concessions are just fine.”

There are, in fact, more men than women, but that’s shifting. They are younger than traditional stick-and-ball sports fans. At an event we hosted last year at TD Garden, the average age of an attendee was 24.3 years old, whereas it’s 41.9 years old for a Boston Bruins game. What’s more, our data points to the esports fan as one who holds down a full-time job and has discretionary funds, as opposed to someone with a lair in his or her parents’ basement.

These fans are demanding, with different tastes and no real history of attending sports events. We found at our last event that more than two-thirds of attendees had never gone to any other live event before. This audience is not conditioned by traditional arena hospitality. They come at this thing new, and they want what they want… and rightly so.

Many esports events begin late-morning and end late in the evening. They are 10-12-hour marathons, with fans eating as many as three meals in the building. Venues, as they contemplate hosting a major esports event, need to take this behavior into account while planning food and beverage programming. Dayparts – breakfast, lunch, and dinner – are key to maximizing revenue from this customer and ensuring the experience is optimal.

Menus should be driven by what the Gen Y and Gen Z consumer prefers, rather than what traditional sports fans have always consumed. The sports fan may look on the humble hot dog with nostalgic reverence, but the esports fan, who may have no previous live-event experience, likely has less affection. And remember, these fans could be in the venue for three or four consecutive days. Rotating menus from day-to-day can pay dividends over the course of an event.

The esports fan. The fabled unicorn of the sports industry. Many in the business claim to understand his (not her) preferences, while never actually attending a live esports event.

Culinary teams have an opportunity to explore new menus and items. It’s also an opportunity to look at the compositions of menus. With a ten-hour event, smaller portions might be smarter to recognize the grazing behavior that exists across the day.

And the same goes for beverages. While much of the audience is of legal drinking age, these events truly are marathons, not sprints. They will consume alcohol, but few people will drink continually over that length of time. A focus on lower-alcohol cocktails or sessionable, lower-alcohol beers might be the preference.

And while on the topic of food and beverage, we need to address the elephant in the room, or more like the elephant that goes in and out of the room. It’s become common, though not universal, for some venues to allow repeated entry and exit of the venue throughout the day, and we would expect that this practice becomes common for all-day-long esports events in the future.

Readmission is certainly more humane, but it does have implications for hospitality. For venues located in urban areas, with ready access to restaurants and bars, it’s likely that fans will spend less inside the building when presented other opportunities at street pricing – even more reason that the offerings inside the building must be compelling to the fans.

Another factor that is more common to esports is general admission seating. It’s not at every event – our last one at TD Garden was reserved seating – but it’s quite common. So what effect does general admission seating have on food and retail sales? Does it discourage fans from leaving their seats and spending time in the concourses, exploring the food and retail options? Or does it actually get fans into the building earlier, increasing sales? Does it require a throwback to vendors and hawkers working the venue, in the 21st century version, passing phones down the row to tap and pay? Or is there some variation of mobile ordering that can work without a fixed seat location?

If general admission is to persist in the culture of esports events, venues and concessionaires must adapt to the reality to properly monetize their time in the building. 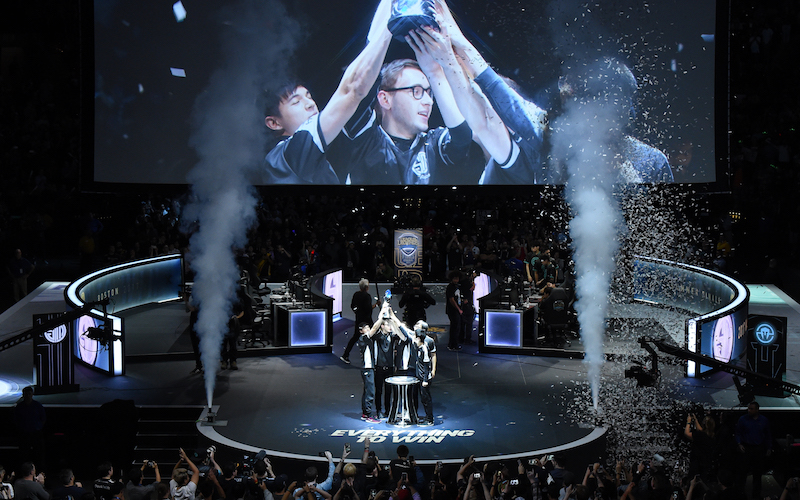 The Greatest Opportunity in Esports... Suites

Which leads us to the greatest opportunity with current esports events – suites. I’ve already mentioned that these events attract an affluent audience and the fact that many of these events are all-day, multiday events. Combine that with the nature of esports – action on the screen/scoreboard – and the fact that many events are general admission, and we have a perfect storm of opportunity for selling a suite experience.

Data points to the esports fan as one who holds down a full-time job and has discretionary funds, as opposed to someone with a lair in his or her parents’ basement.

To date, events have struggled with the right offering for the suite product. In some cases, the price has been relatively high and the sales few. In others, the products were never offered for sale due to a perceived lack of demand.

What venues need to look at is a suite experience pitched at this audience and adapted to the particular needs of these events. Is it best to start with a welcome breakfast and then on to lunch and ending with bottomless snacks to take fans through the night? Do we configure suites or premium areas with space for laptop/LAN setups and create an event within the event? Do we package the suite with special access to retail and player signings, as some event organizers already do? And always keeping in mind the opportunity cost of these suites going empty, how do you make them profitable without pricing this audience out of the market?

The esports audience is different than what we have known in the past. There is no argument there. But it is different in good ways that create opportunities for venues. There are significant revenue opportunities if we recognize the different nature of these events, and fully embrace the wants and needs of this audience.

It may be a while before esports events are a large part of our calendars, but the ever-growing industry – and the gainfully employed fan who avidly follows esports – is here to stay.

Todd Merry is the Chief Marketing Officer at Delaware North.