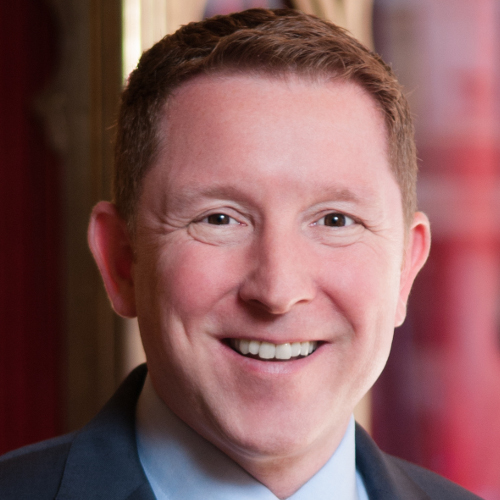 Allan C. Vella is the President and CEO of the Fox Theatre in Atlanta, Georgia, a position he has held since June 2006.

A graduate of the University of Iowa with a BA in Liberal Arts and Arts Management, Vella served as the Director of the Student Commission on Programming and Entertainment while at Iowa.

As the President and CEO, Vella is responsible for overseeing all operations that make up the Fox Theatre as well as programming for the facility. The Fox Theatre averages 175 performances and hosts over 600,000 guests annually - offering an impressive range of events from rock concerts to Broadway, ballet, comedy and movies.

Under Vella's direction, the 4,665-seat Fox Theatre has been consistently ranked in the top three non-residency theatres in North America for gross ticket sales by industry trade magazines, Pollstar, Billboard and Venues Today. In addition, the Fox Theatre was declared a Top Stop of the Decade by Venues Today and the #1 non-residency venue worldwide for the decade by Billboard Magazine.

Prior to joining the Fox Theatre, Vella worked for SMG, the world's largest facility management company. His positions included that of General Manager for Ford Park in Beaumont, Texas where he operated a 227-acre facility consisting of a 16,000-seat amphitheater, a 10,000-seat arena, an exhibit hall, and a State Fair Grounds. Vella's first assignment with SMG was at the Dow Event Center in Saginaw, Michigan, where he oversaw the securing of naming rights, privatization, renovation and operation of a 7,200-seat arena and a 2,300-seat theater.

Other notable experience for Vella includes: 13 years with Olympia Entertainment in Detroit, Michigan, where he held influential positions such as Senior Director and General Manager of The Fox Theatre, Detroit. Director of Merchandising for the Detroit Tigers, Detroit Red Wings, Detroit Zoo and parent company Little Caesars Pizza and Executive Director of the Glens Falls Civic Center in Glens Falls, New York.

Vella is a Member of the International Association of Venue Managers, a graduate of IAVM's Venue Management School, the Broadway League and a board member of the Atlanta Convention and Visitors Bureau, Midtown Alliance, Rotary International as well as Variety of Georgia, a children's charity.

He and his wife Nicole have three children and reside in Decatur, Georgia.