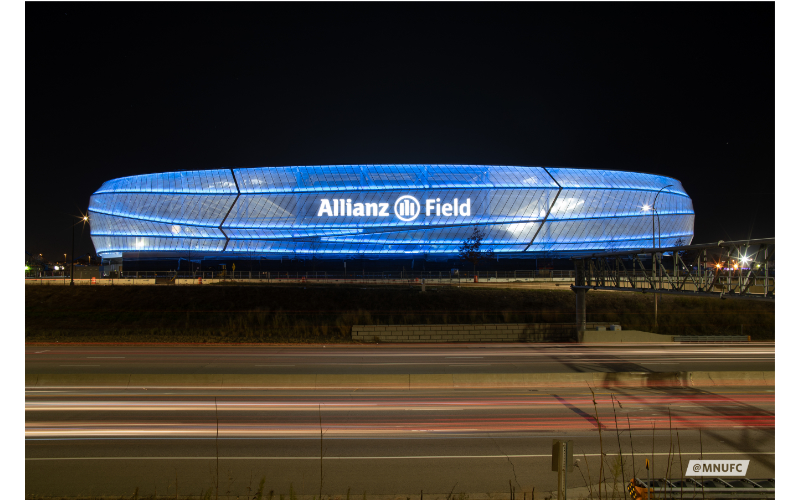 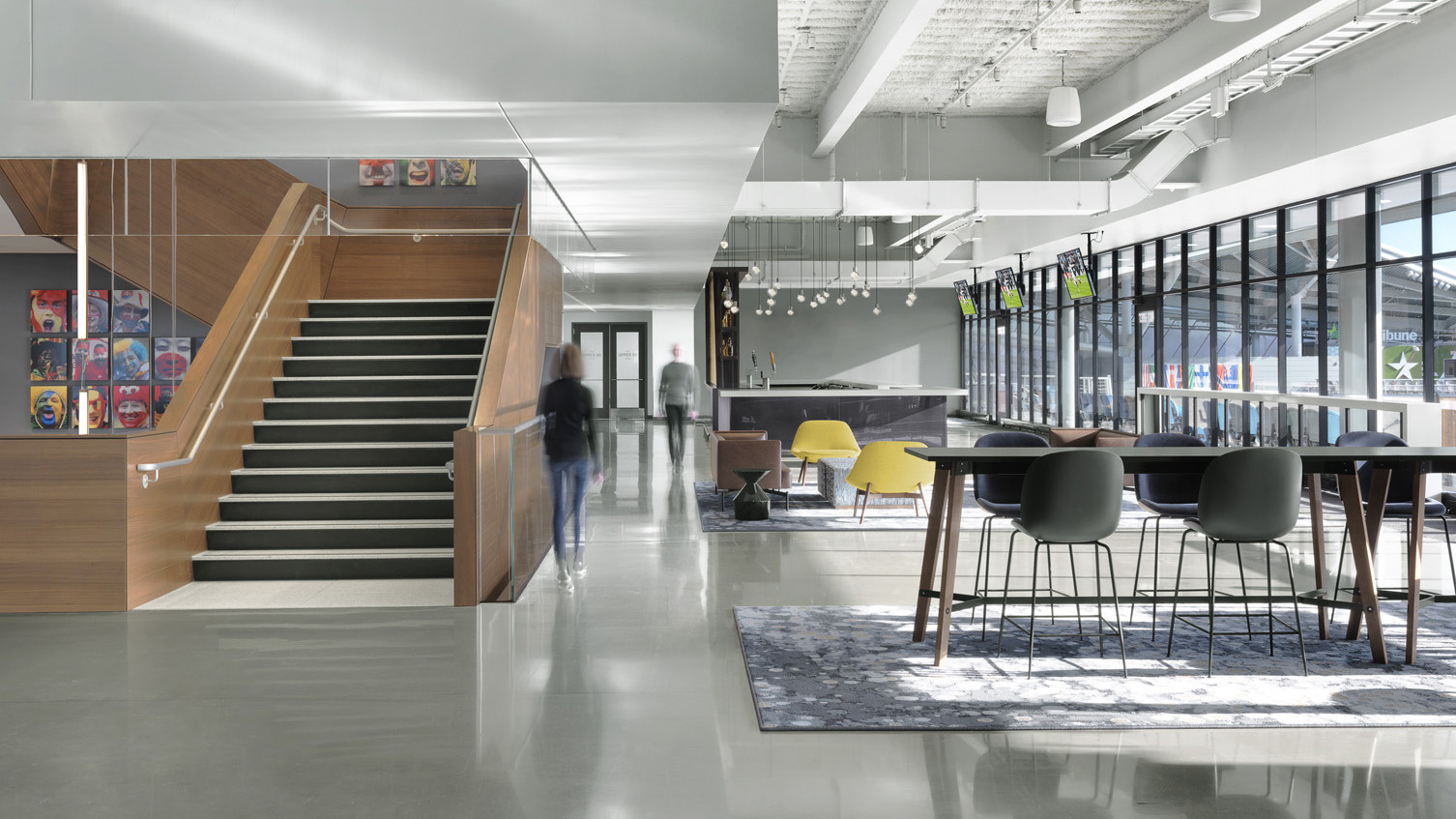 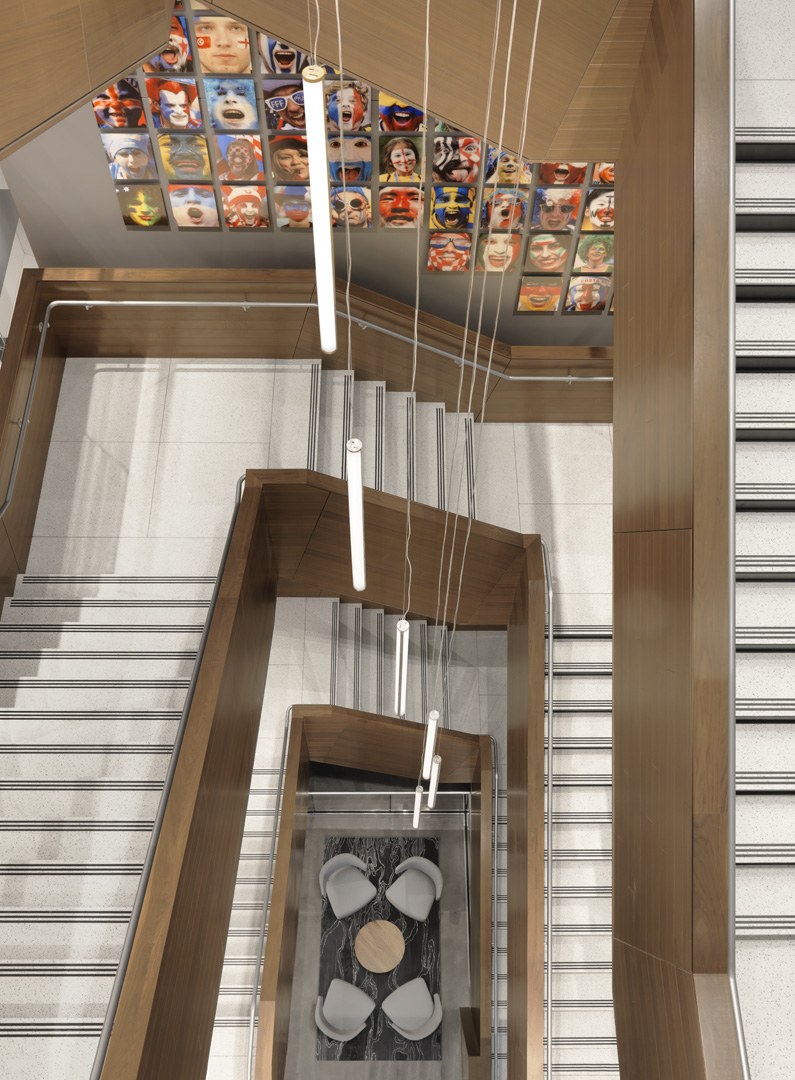 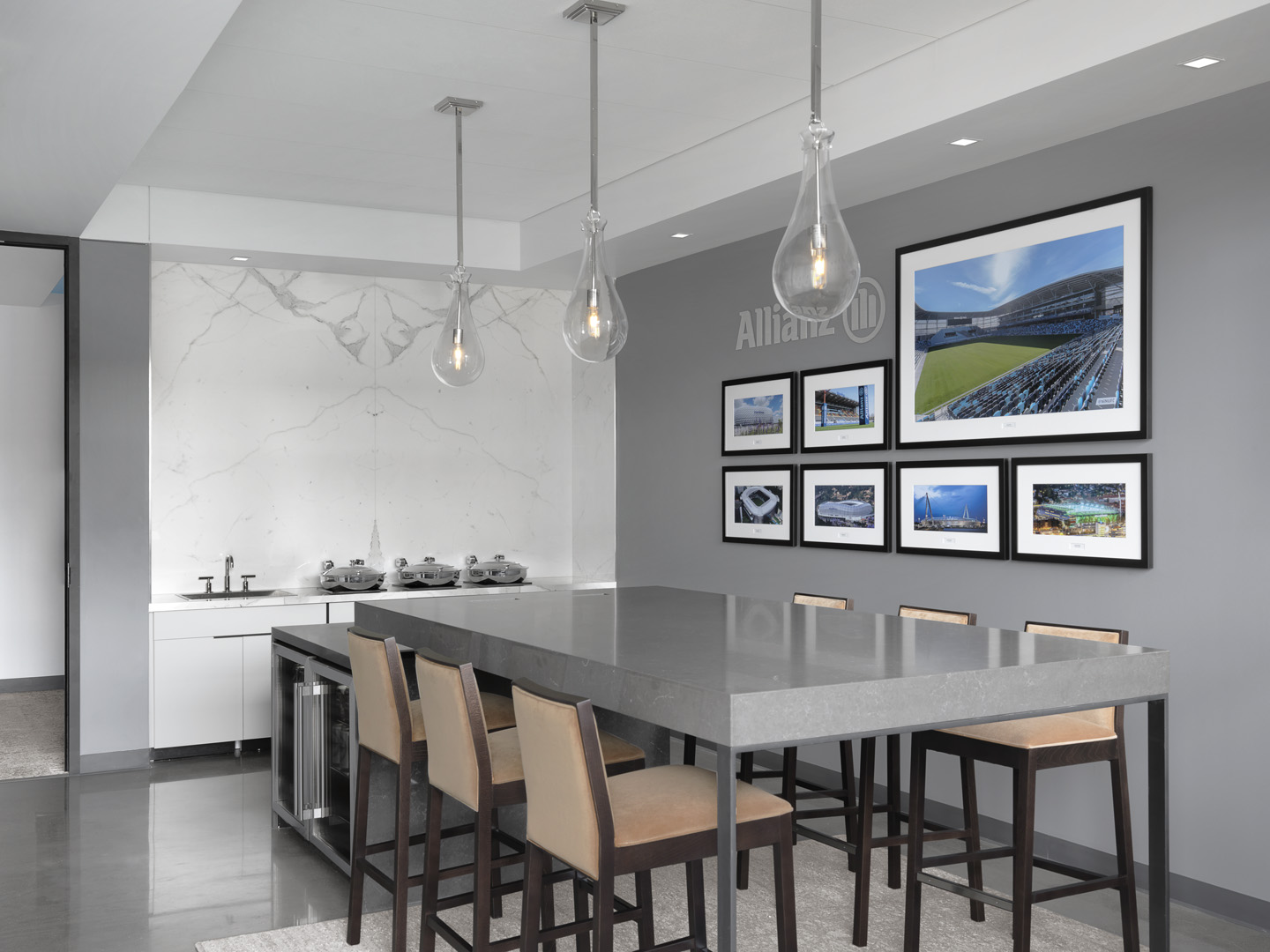 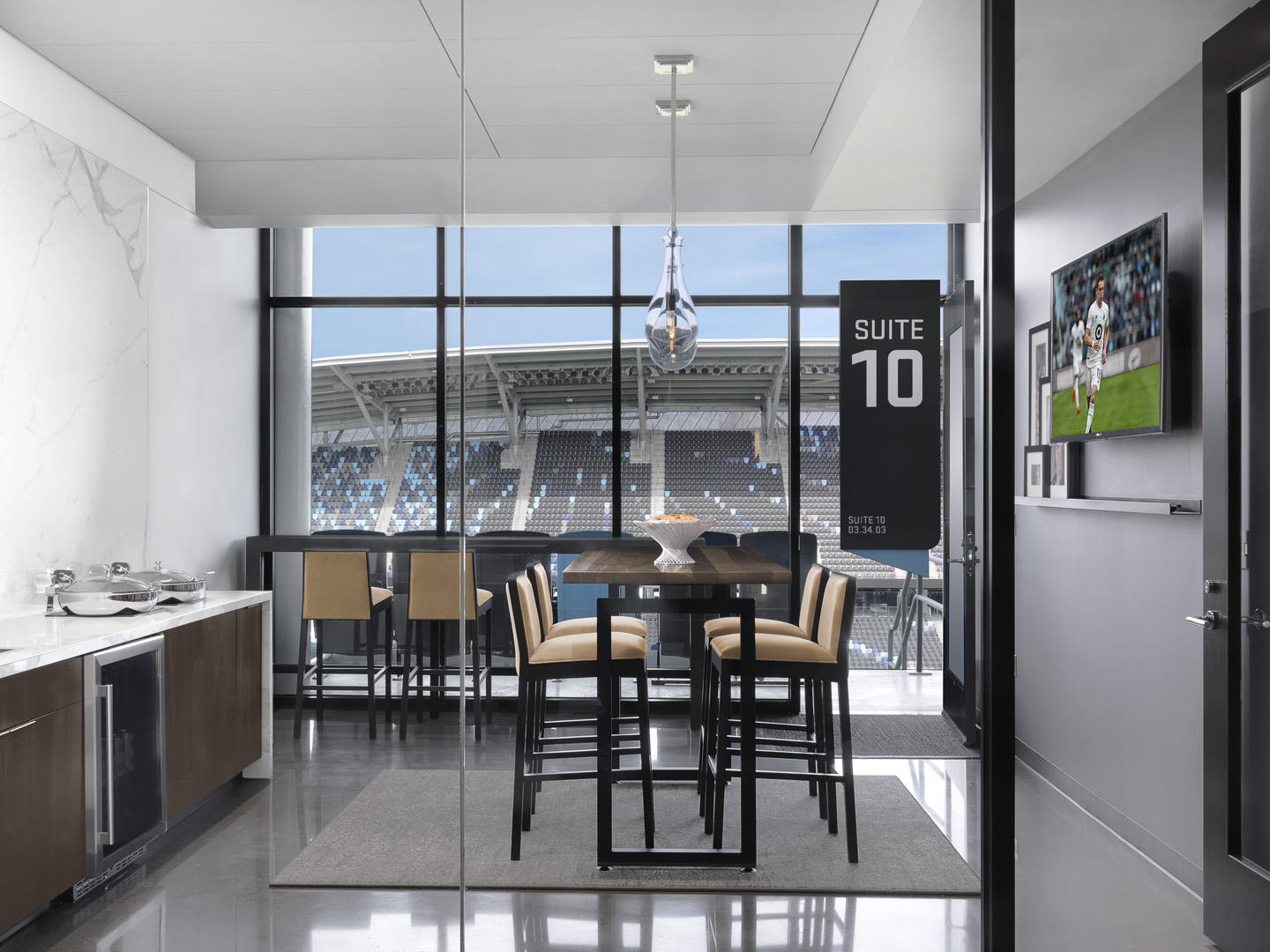 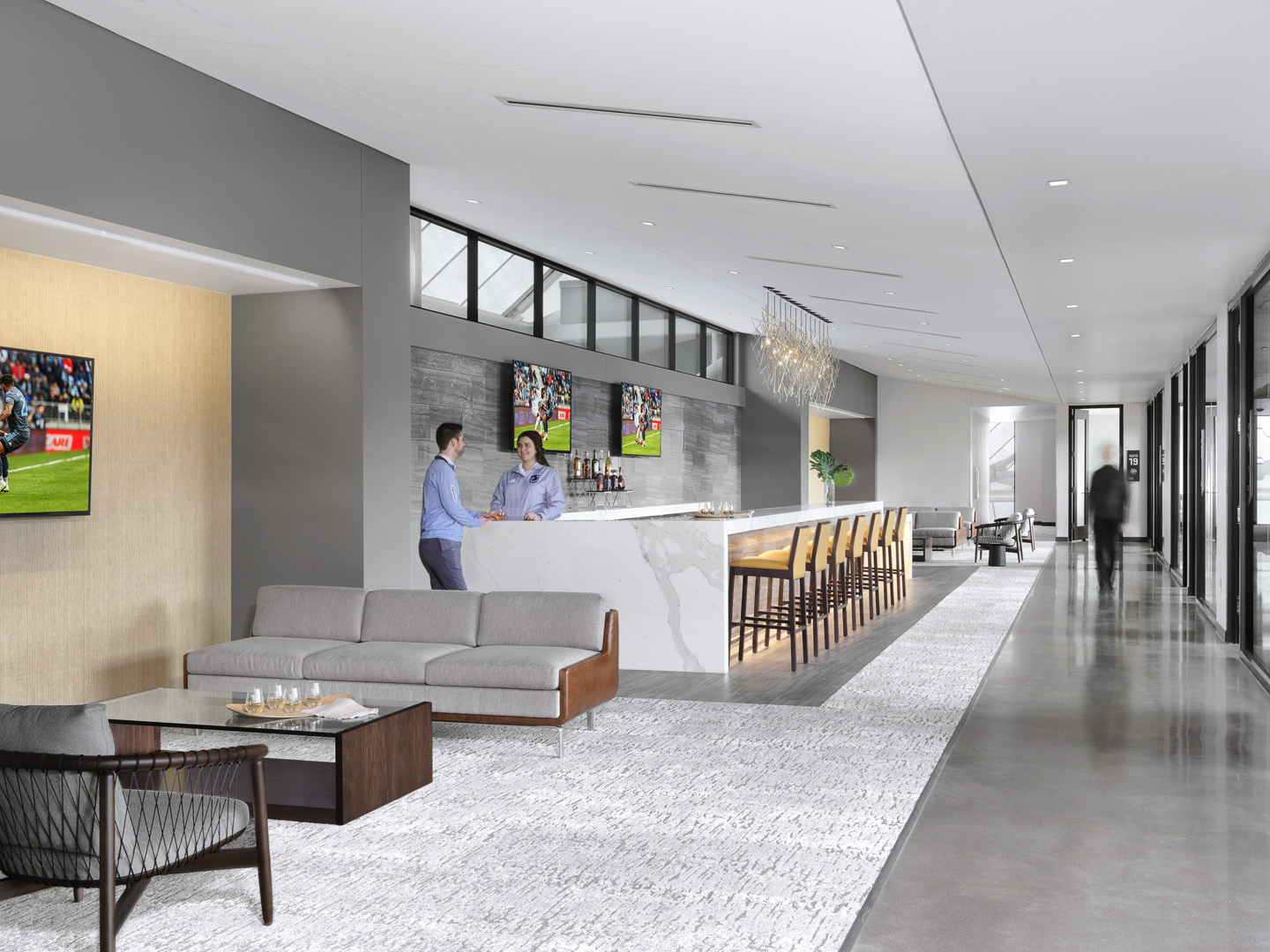 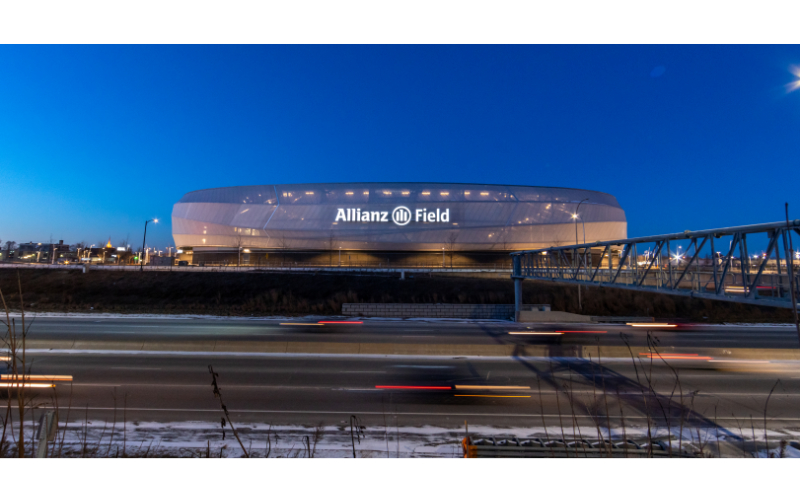 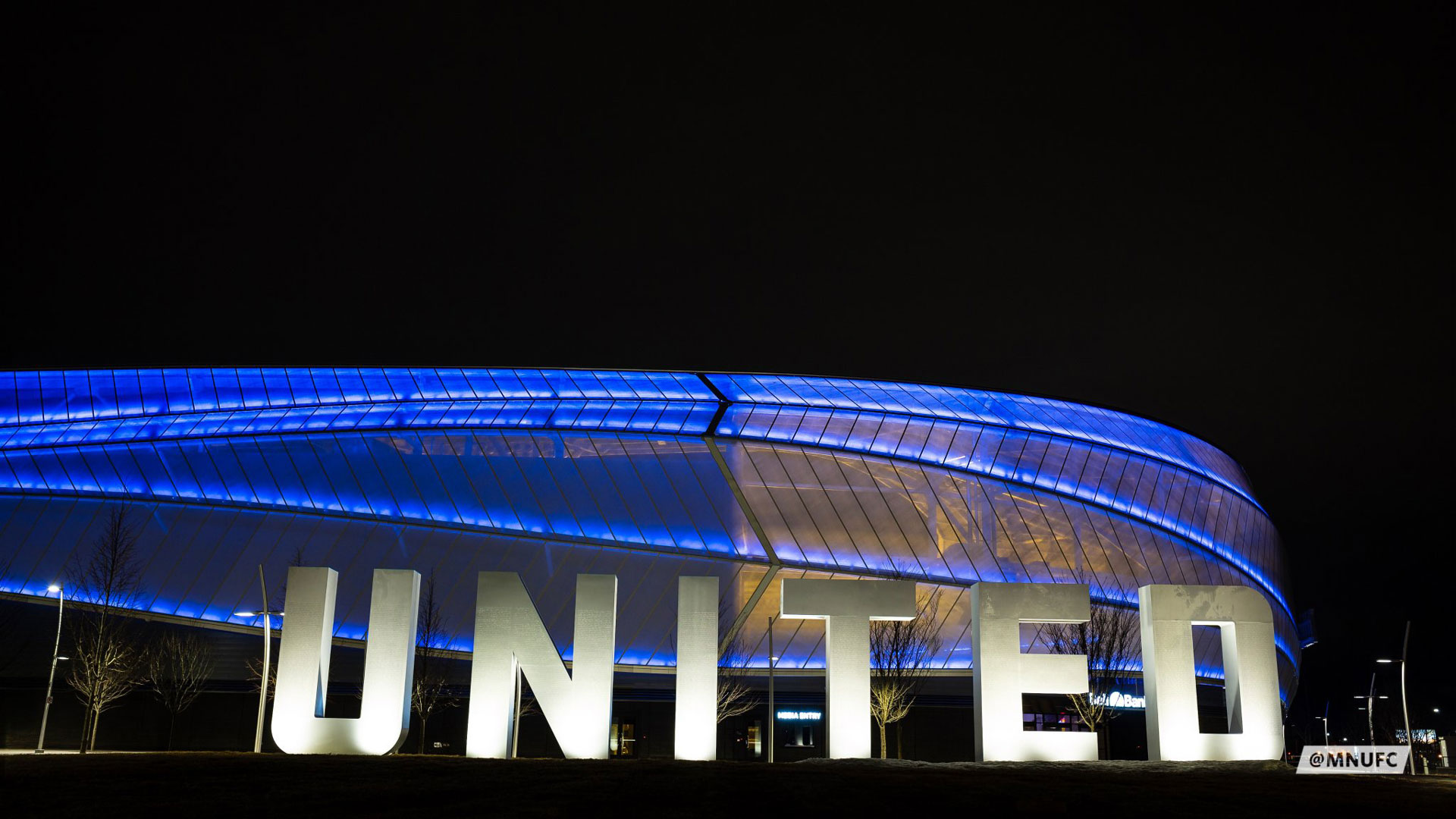 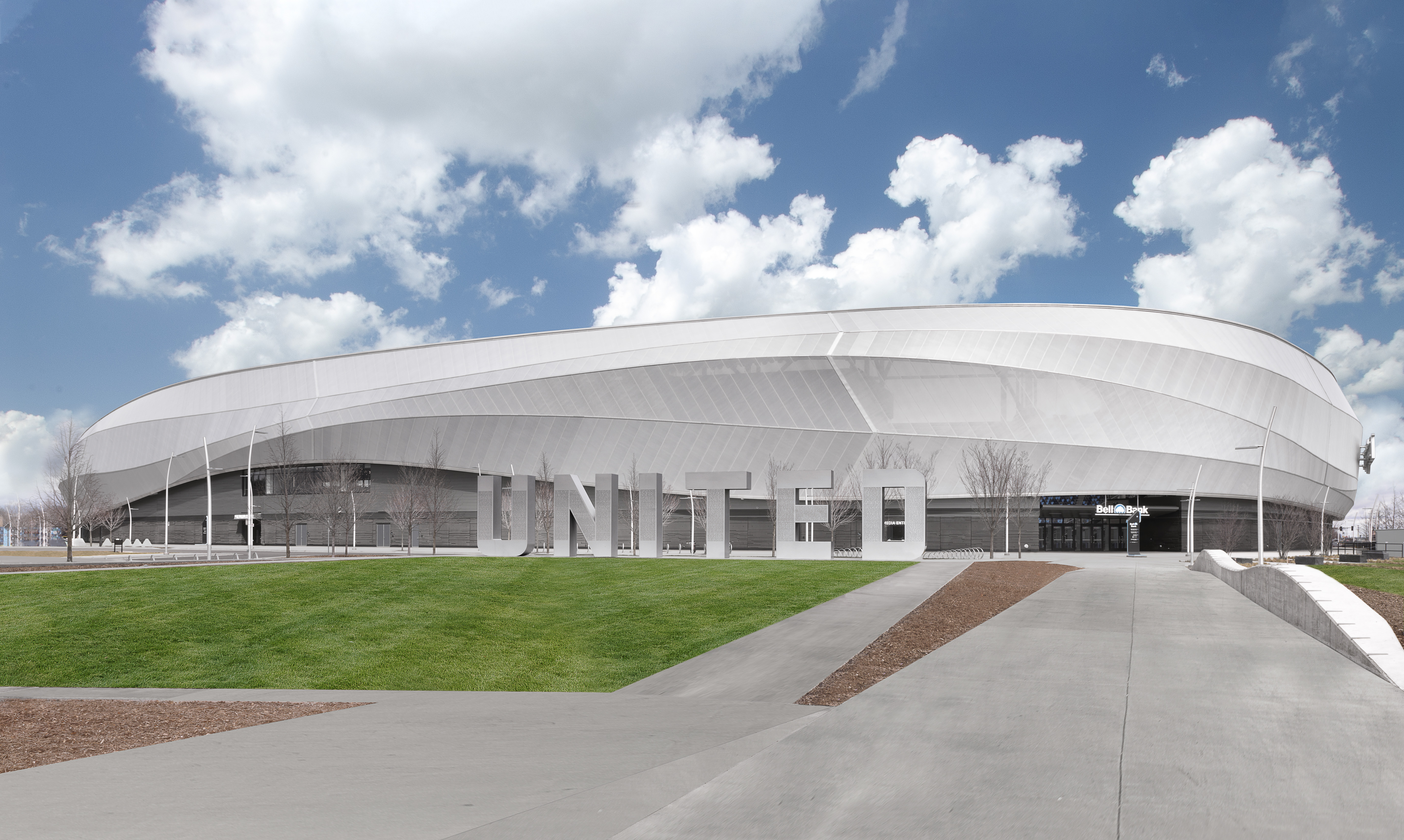 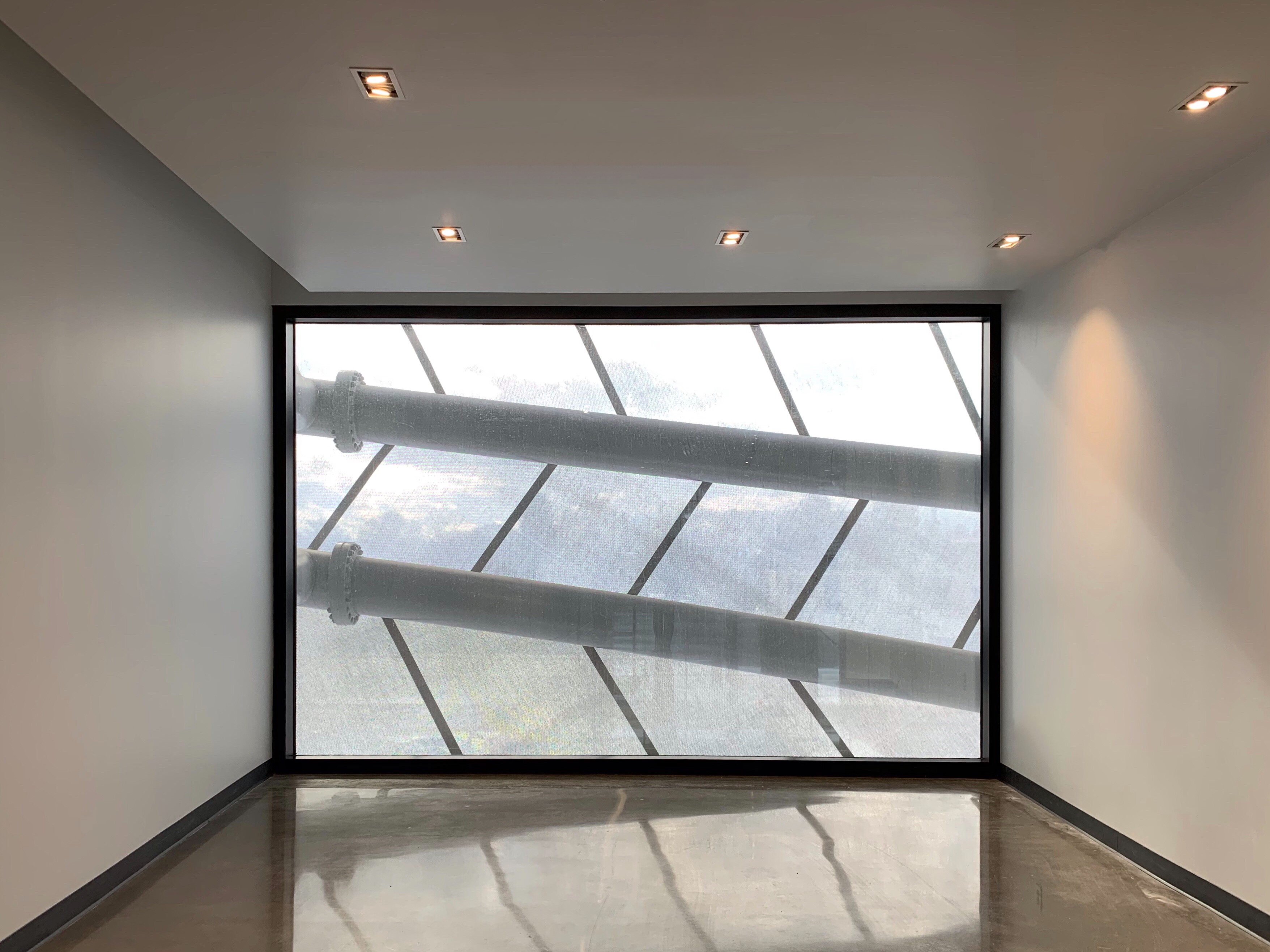 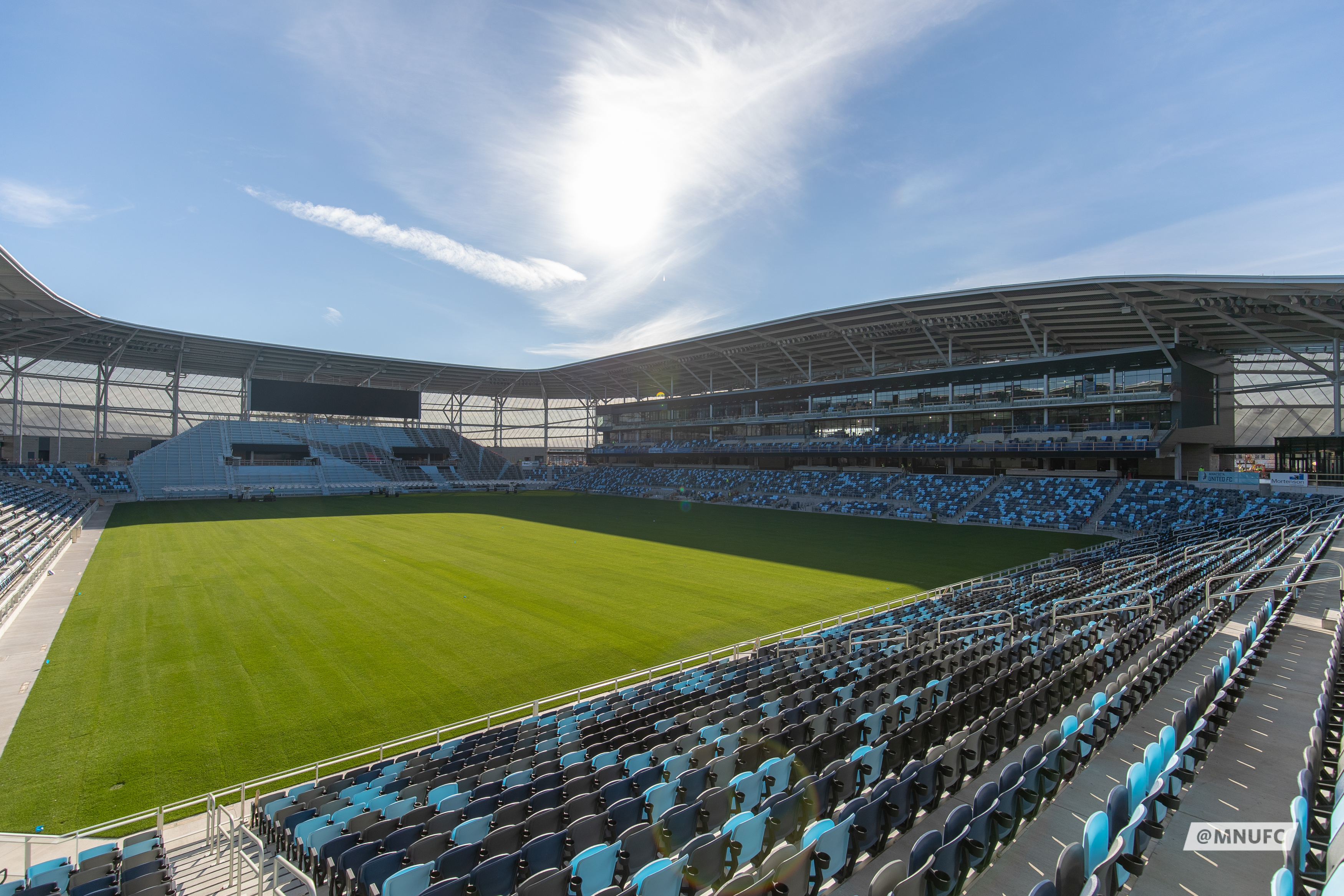 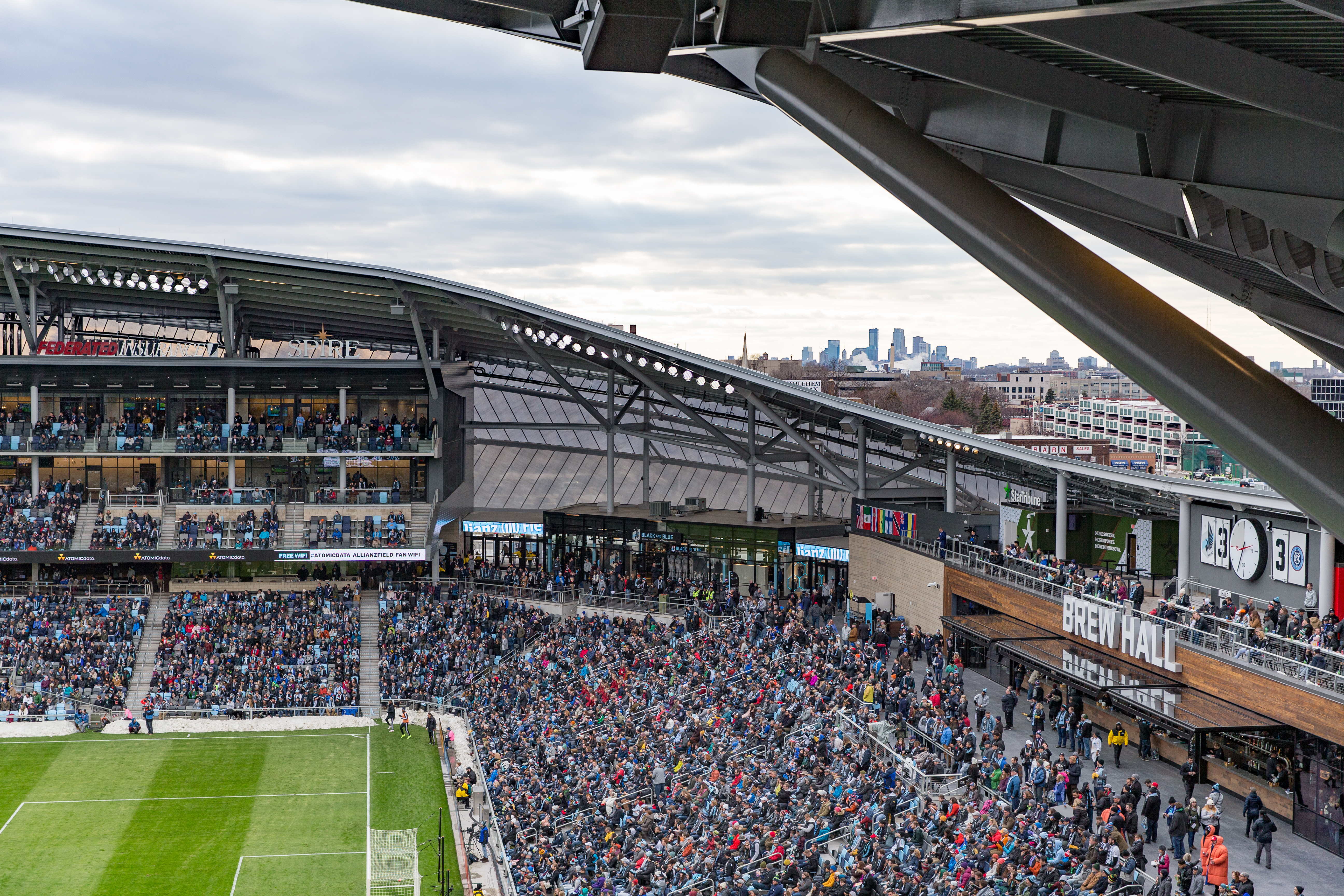 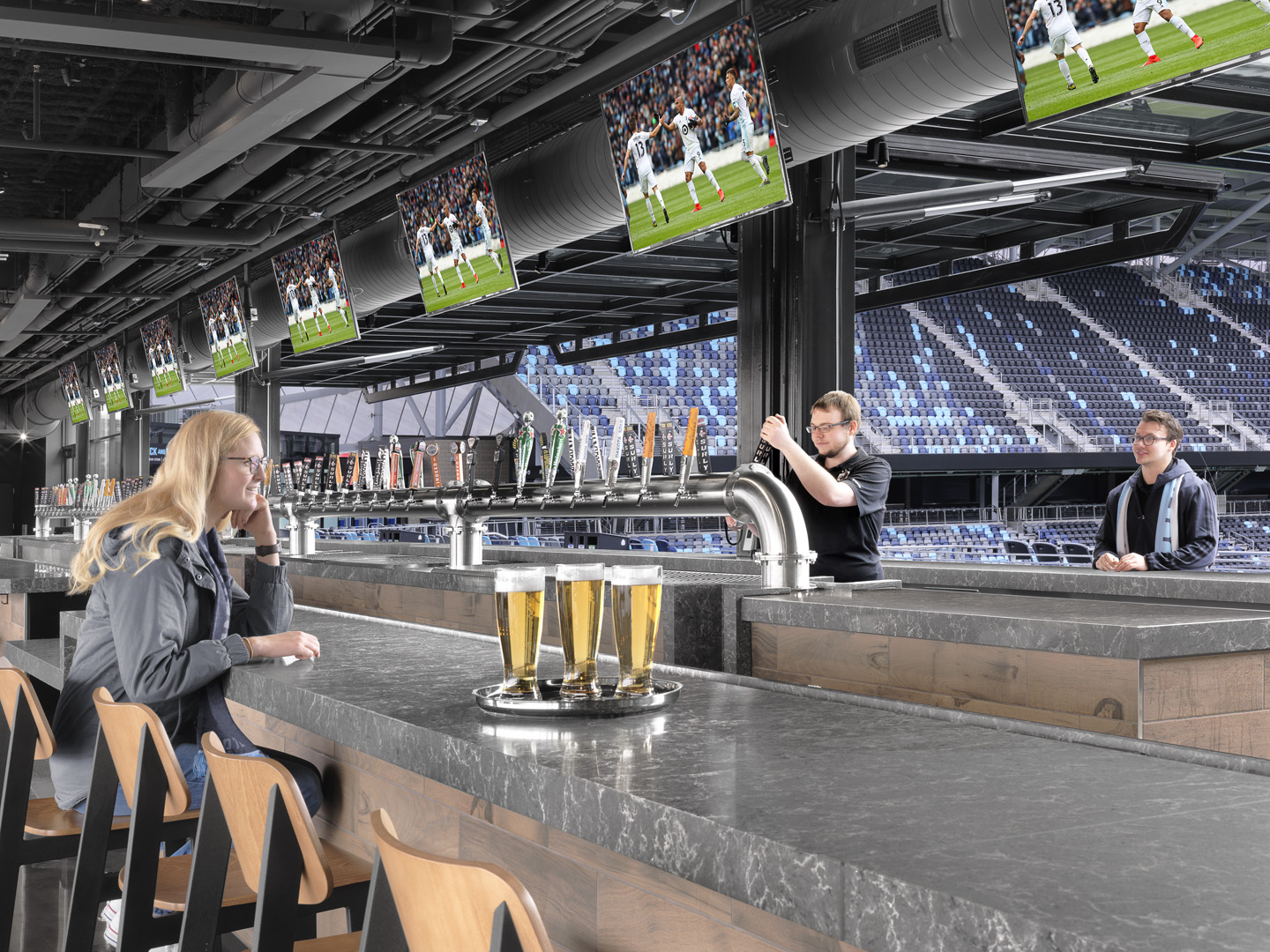 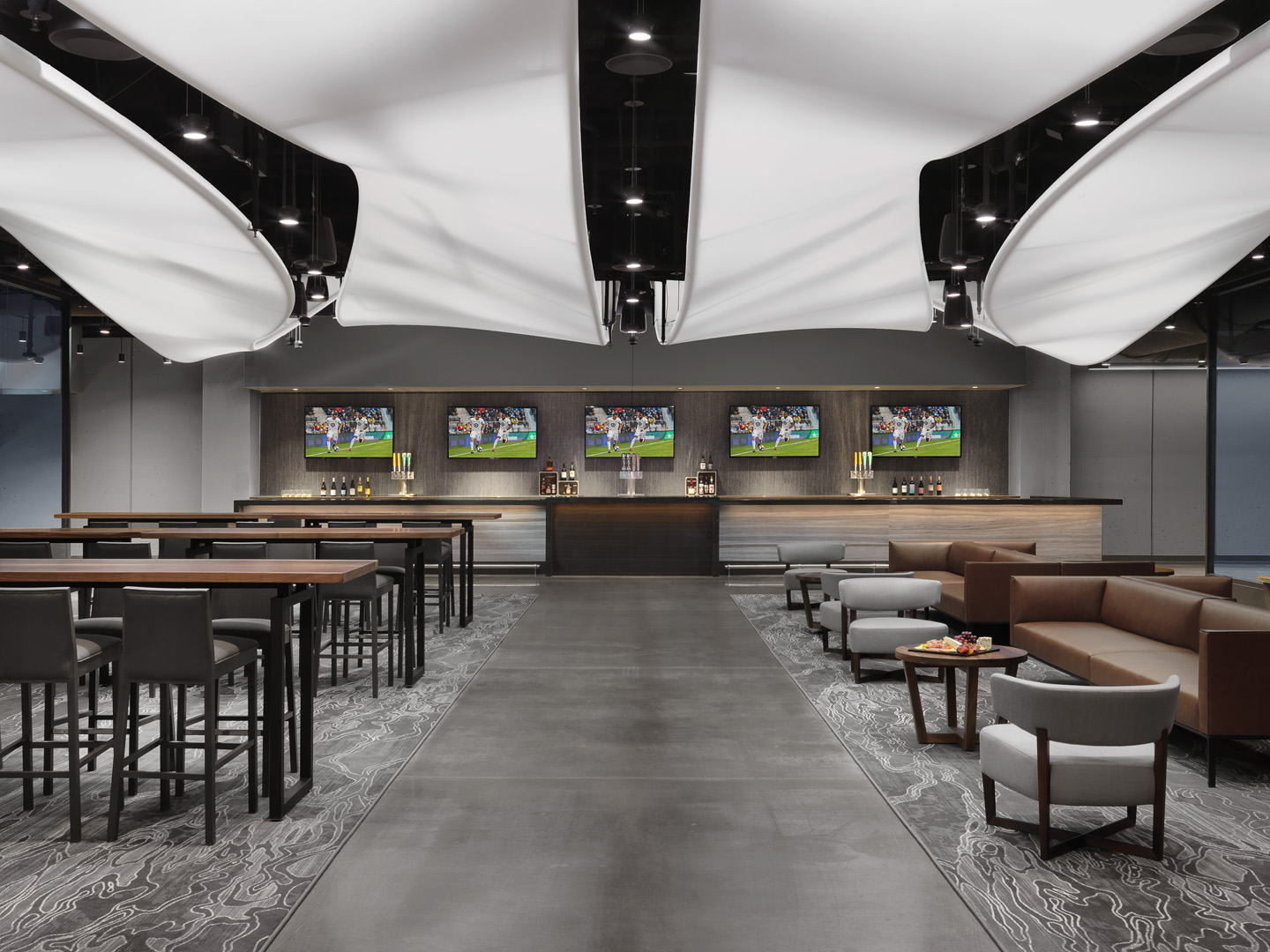 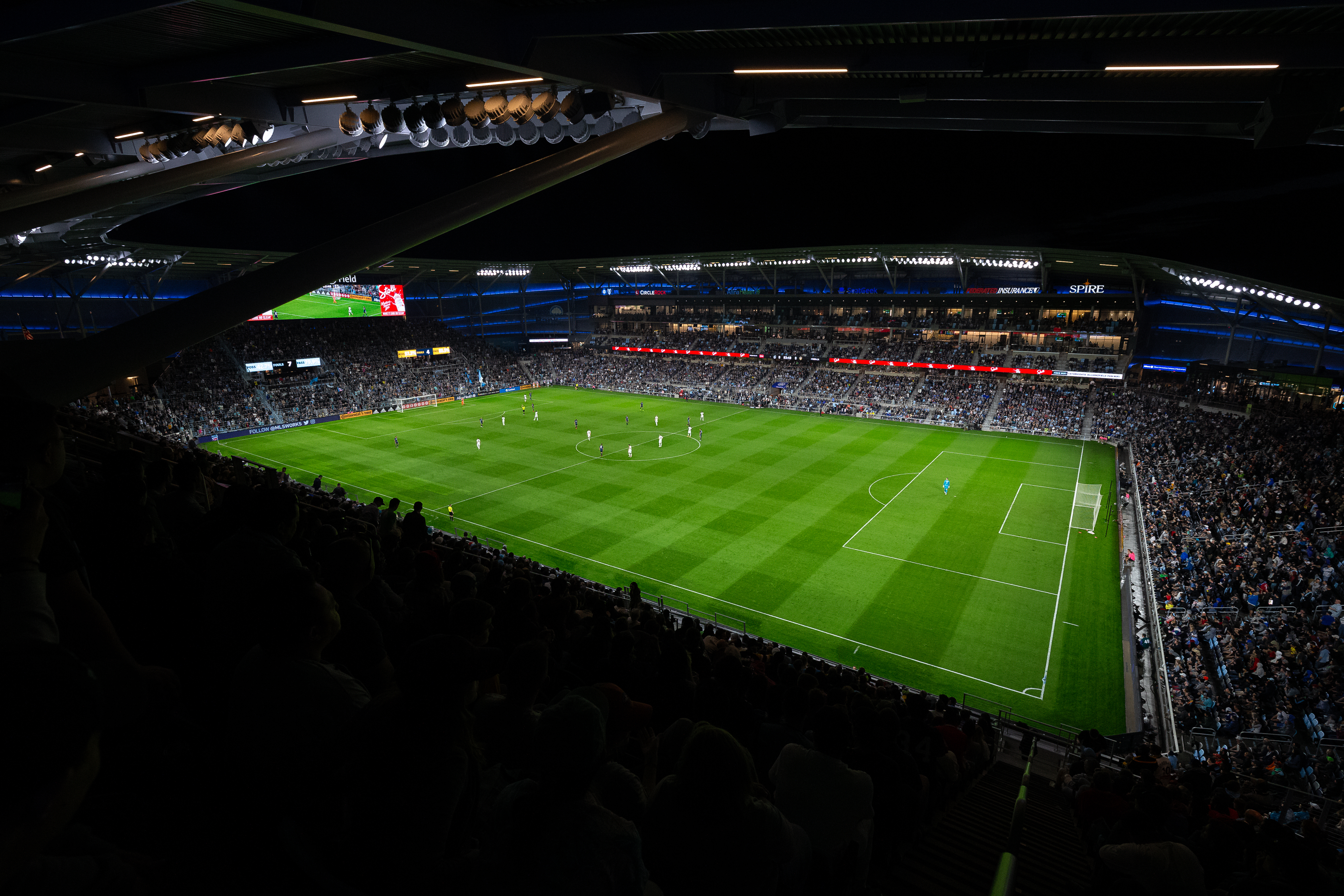 Show someone a photograph of Allianz Field, Minnesota United FC’s new home, and their eyes squint for a split second. “Is this real,” their brain wonders, “or is it rendered?”

Designers of stadiums across the globe know firsthand the difficulty in executing a bold vision. It’s relatively easy to concept something that looks cool on paper. Turning that same concept into reality — nuts and bolts and engineered reality — takes a herculean team effort.

Yet that’s exactly what happened in the Midway neighborhood of Saint Paul with Major League Soccer’s latest showcase. From MNUFC ownership on down the line, all project partners committed themselves to create a stunner of a soccer stadium, one highlighted by an iconic exterior.

But Allianz Field’s design story doesn’t stop there. From the project master planning and landscape design to its interiors, furniture, graphics, and brand activation, Minnesota United entrusted Populous with a comprehensive scope of design services. The result is a larger experience that feels seamlessly woven together.

Starting with its form, Allianz Field responds to the environment in ways that might go unnoticed, but not unappreciated, by the layperson. With a steady stream of cars zooming by on I-94, the stadium’s southern profile rises up to greet them. To the north resides the Midway neighborhood. The stadium responds by scaling down to a more approachable and human level.

One of Allianz Field’s most welcoming and expansive spaces is a 28,000-square-foot Great Lawn situated to the north. The green space, surrounded by locally-sourced Minnesota granite, invites the public in year-round with lush Kentucky bluegrass and a variety of native trees picked to maximize shade and produce brilliant fall foliage.

Altogether, the site’s landscape and urban design turn a once-contaminated and vacant plot into the charming first act of a match. It’s only when those natural shades of green (and in the fall, reds, yellows, and oranges) give way to the stadium’s dazzling lit exterior that moods shift from relaxation to exhilaration.

Mesmerizing, sleek, stunning all have been used to describe Allianz Field’s eye-catching and translucent skin, but words don’t do it justice. The most visible piece is the skin itself, 88,000 square feet of transparent and laminated fabric created specifically for this project. When stretched over the stadium’s sweeping steel ribs, the flowing effect resembles the motion of Minnesota’s abundant waters. Backlight it with 1,700 LED lights, and the result is a breathtaking glow inspired by the Northern Lights that fill Minnesota skies in the late fall and winter.

Inside, the prerequisites for a world-class soccer experience are all there – proximity to the pitch, safe-standing, and hospitality that starts with being shielded from the elements and ends with four premium clubs. Those hospitality spaces include the Brew Hall, an instant hit among fans and open to all ticket holders, and the Field Club, a space offering fans unimpeded connection to players in a richly-designed environment.

All these details and more come alive on match days, working together to produce one-of-a-kind moments. During those few moments of play all matches hinge on, the “Wonderwall” of supporters erupts. A 360-degree canopy bottles up their energy and others, and that same silky skin that dazzles onlookers from the outside booms like a reverberating drum on the inside.

Hard work leads to these pivotal moments. The walk through the Great Lawn. The pit stop at the Brew Hall for a pint. The sensation of being right on top of the elevated pitch. They bleed together by design, until the moment 20,000 sets of eyes train on one soccer ball, and all fans are left with is raw emotion. The joy of victory or the agony of defeat. Either way, Allianz Field serves its purpose, drawing together a family of Loons in a place they can truly call their own.