The opening night of ALSD International 2018 culminated in a networking reception, courtesy of Levy, in the newly opened Empire Bar & Grill at The SSE Arena, Wembley.
By Jared Frank, ALSD 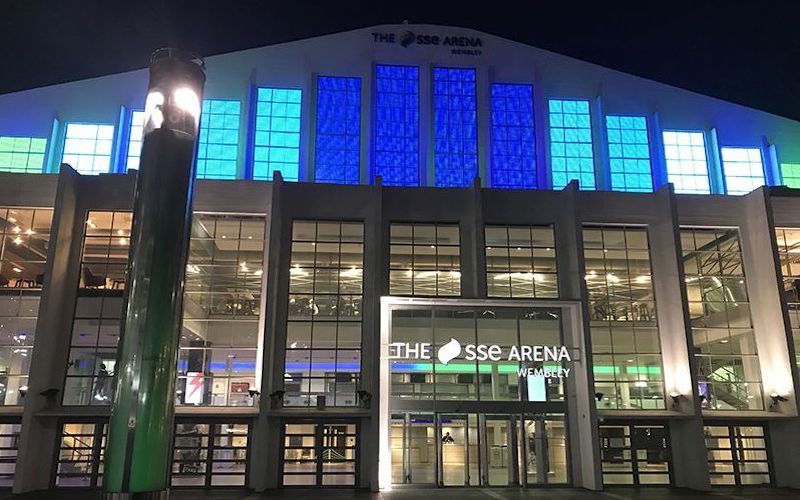 Attendees of ALSD events expect to see the industry’s latest entertainment spaces. And it’s hard to see a space earlier than its opening night.

After a tour and welcome reception at Wembley Stadium, attendees of the inaugural ALSD International Conference & Exhibition gallivanted across the Wembley Complex to The SSE Arena, Wembley for food and beverages in the Empire Bar & Grill – a new 160-person restaurant that opened literally hours ahead of the ALSD experience.

On event nights, the Empire Bar & Grill features a wide range of cuisine on changing menus and opens 90 minutes before the arena’s main doors. The SSE Arena, Wembley, formerly known as Wembley Arena, hosts approximately 12,000 guests for a wide array of events that includes music, sports, comedy, and family shows in one of London’s largest indoor arenas, second only to The O2 Arena.

The SSE Arena, Wembley is a UK icon with over 80 years of history living within its walls. The building originally opened in 1934 as the Empire Pool. The natatorium later served as the 1948 Olympic Summer Games’ home of swimming, diving, and water polo, as well as boxing after reconfiguration. The venue hosted the Games again in 2012, this time holding Olympic badminton and rhythmic gymnastics events. Empire Pool was renamed Wembley Arena in 1978, becoming The SSE Arena, Wembley in 2014 when naming rights were sold to the UK energy company.

The venue is best known for its live music, and it has hosted many titans of Rock & Roll’s past and present day, including David Bowie, Madonna, Dolly Parton, Prince, and Beyoncé, as well as The Beatles and Rolling Stones, who once shared the same bill before the days of secondary markets.

Hockey and ice shows are also reputed at The SSE Arena, Wembley, which holds numerous other sporting events each year, such as wrestling, darts, and esports, most recently the FACEIT Major 2018 Counter-Strike: Global Offensive Major Championship.

The multiple VIP experiences offered at The SSE Arena, Wembley were on display to ALSD International tour groups. Attendees visited the Terrace Suites, which hold up to ten guests in mid-level locations complete with a dedicated host and pre- and post-show access to one of three premium lounges – the Amazon Prime Lounge, Heineken Lounge, and Empire Lounge.

The Amazon Prime Lounge provides patrons with a private bar, restrooms, and a unique side-stage view of the auditorium. The Heineken Lounge offers another getaway to a private bar, featuring tufted couches and foosball tables. And the Empire Lounge, which sits off the Empire Bar & Grill, features well-appointed seating and modern décor.

All ticket holders are eligible to purchase access into one of the VIP lounges for £30. The upgrades come loaded with fast entry into the building and one food item and one drink in one of the premium destinations.