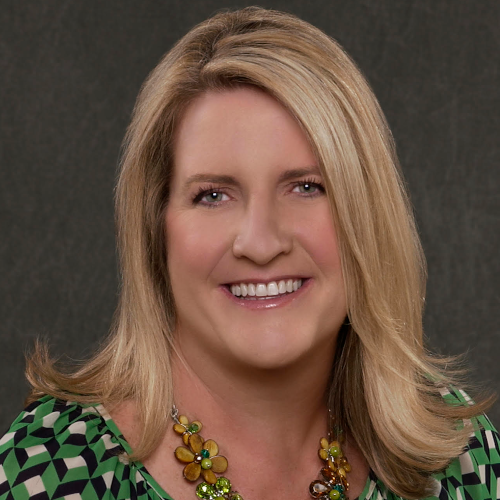 Amy Latimer is President of TD Garden, one of the most active, highly regarded and successful sports and entertainment venues in North America. Latimer also works directly with Delaware North, the owner and operator of TD Garden, by overseeing its client and contract retention support and enabling base business growth.

Latimer was part of the inaugural executive team at the TD Garden and started as the Director of Marketing in 1995. Later, she launched the arena’s first e-business department, where she led a team dedicated to harnessing database marketing and website strategy. Latimer’s growth within the arena continued as she served for six seasons as Senior Vice President of Sales & Marketing, responsible for developing and leading all sales and marketing strategies for the Boston Bruins and TD Garden. In 2012, Latimer was named president of the arena.

Under Latimer’s leadership, TD Garden has transformed. As arena president, she has led a $70 million, floor-to-ceiling renovation in 2015 and a multilevel, $100+ million, 50,000- square-foot expansion of the arena which opened to the public in 2019. Dubbed TD Garden’s Legendary Transformation, this project provided a completely enhanced fan experience, from new entrances, re-imagined premium products and amenities, state-of-the-art vertical transportation and several new bars, lounges and seating areas.

A recognized leader in the sports and arena industry, Latimer was named one of Sports Business Journal’s “Game Changers” in 2011, “WISE Woman of the Year” in 2015 and a “Boston Business Power Player” in 2017 by Boston Magazine. With Latimer at the helm, TD Garden has been consistently ranked among The Boston Globe’s “Top 100 Women-led businesses in Boston.” Additionally, she was appointed to the Massachusetts Convention Center Authority’s board of directors, serves on the Massachusetts Large Venue Security Task Force, and named to the New England Advisory Council for the Boston Federal Reserve.

Thanks to her extensive experience and knowledge in the sports and arena industry, she continues to raise the profile for Boston’s premier sports and entertainment arena by attracting national and international events, including the 2015 NCAA Frozen Four, 2016 ISU World Figure Skating Championships, the 2018 NCAA Men’s Basketball East Regional and the upcoming 2022 NCAA Men’s Ice Hockey Frozen Four.

Throughout her tenure at TD Garden, Latimer has overseen and participated in many of the arena’s charitable endeavors via Garden Neighborhood Charities, the arena’s philanthropic arm, and the Boston Bruins Foundation. Latimer currently serves as the Executive Director of Garden Neighborhood Charities in addition to serving on the MA State Advisory Board for The Salvation Army, the MIAA Educational Athletic Advisory Board, The Special Olympics of MA Advisory Board, and sits on the Board of Directors for Shooting Touch. She continues to play a key role in developing and hosting annual events, volunteer opportunities and financial support of community partners such as The Salvation Army, Action for Boston Community Development, Friends of Boston's Homeless, Good Sports and The Special Olympics Massachusetts.

The native of Ellicott City, MD received her degree in Political Science from the University of Rhode Island, which she attended on a full basketball scholarship. Latimer also took political management courses at George Washington University and worked for Empower America while living in Washington, D.C. She currently resided in Topsfield, Massachusetts with her husband Jody and their three sons.