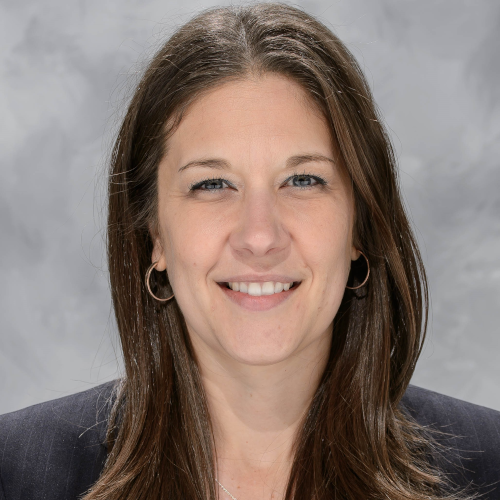 Becky Coffey was named vice president, partner activation and premium service for the Columbus Blue Jackets in July 2018. She was promoted to the position after having served as the club’s director of corporate development services since December 2015.

In her current role, Coffey develops business strategy around partner activation and premium service while overseeing the execution of all elements within more than 100 partnership agreements. Her responsibilities also include managing the customer service provided to more than 100 premium seating owners of suites, loge boxes and terrace tables at Nationwide Arena.

Prior to joining the Blue Jackets, Coffey had been the director of partnership activation for the Chicago Bears, where she supported all team sponsorship activation for corporate partners and managed key league sponsor relationships.  Coffey’s experience with the NFL club over a 15-year tenure also included various positions in client services, sales and marketing and customer service.  Her professional career began with Palace Sports and Entertainment/Detroit Pistons and included experience with the Indiana Pacers.

Coffey is a native of Rensselaer, Indiana and a Butler University graduate. She and her husband, Mike, are the parents of daughters, Kaitlyn and Lylah.