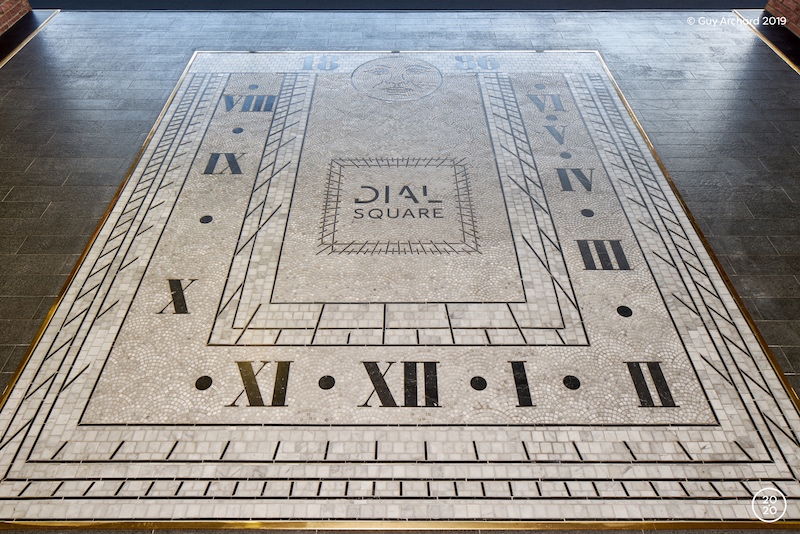 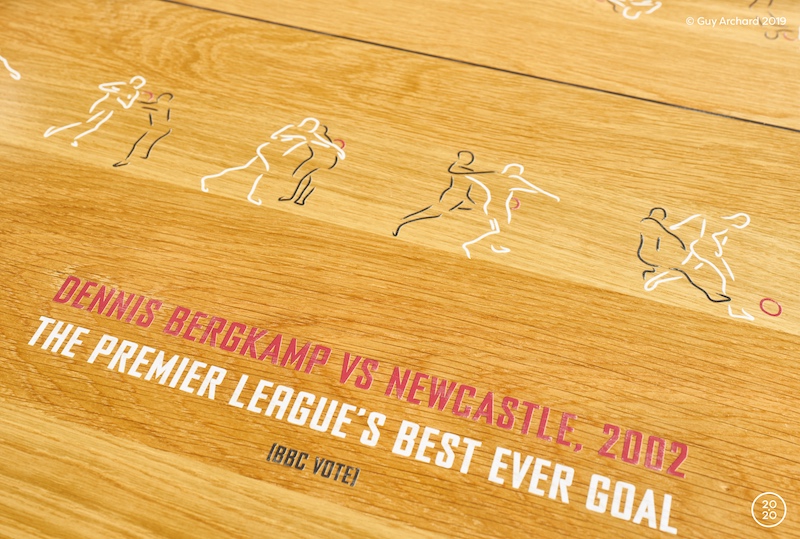 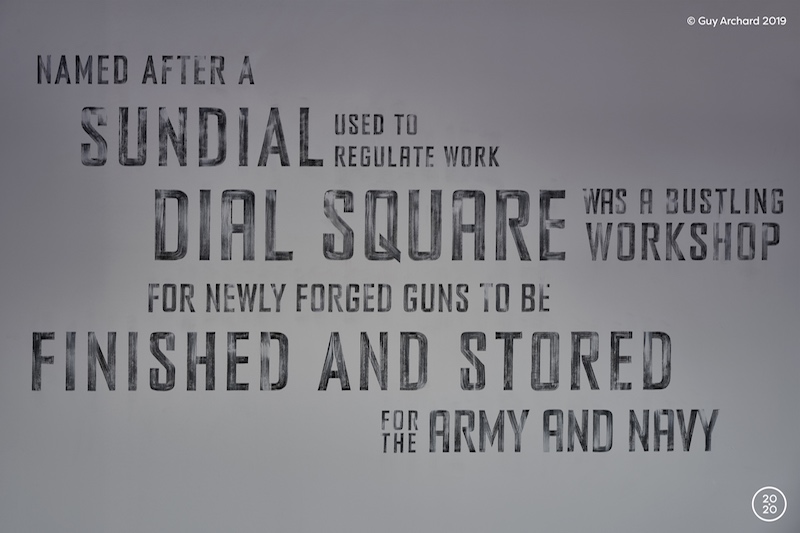 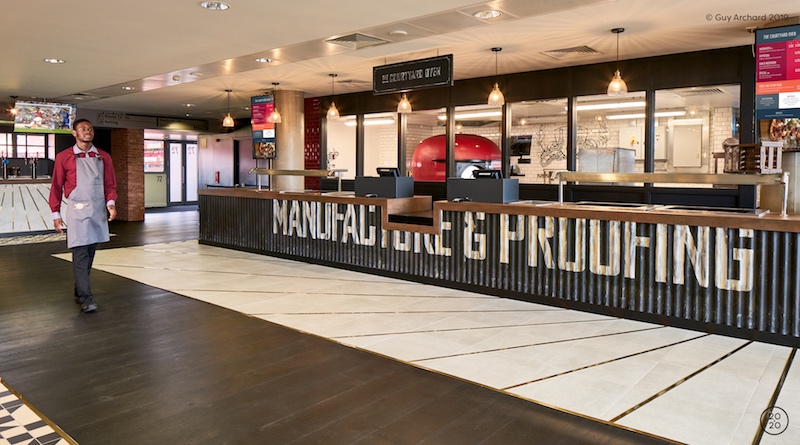 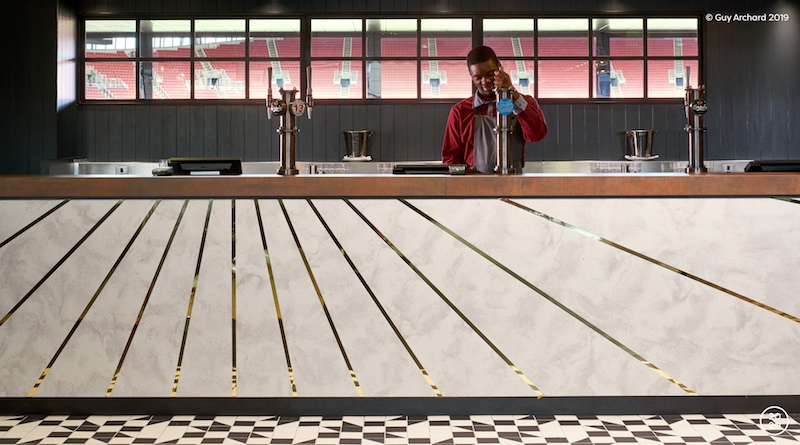 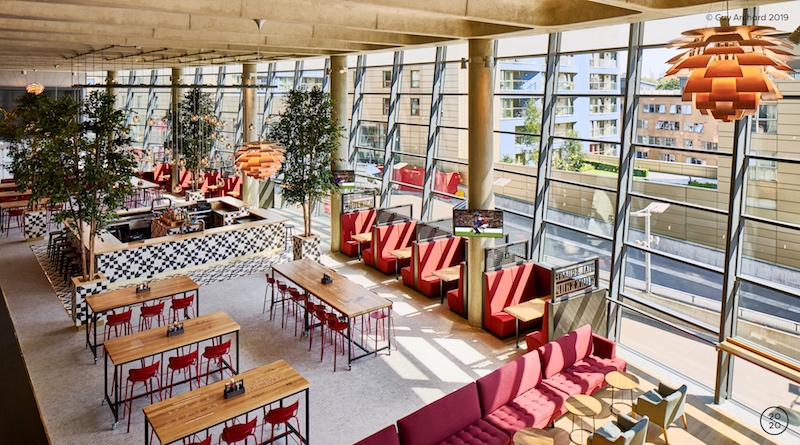 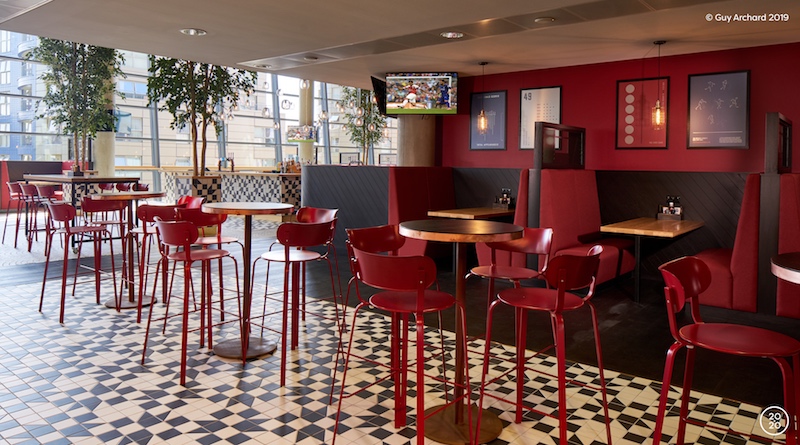 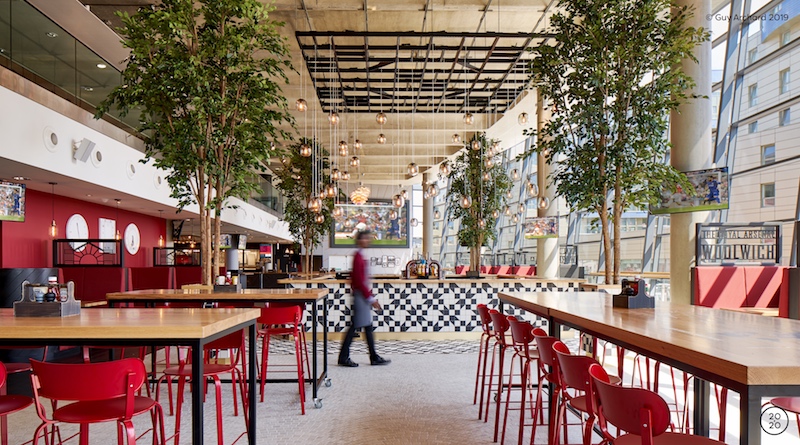 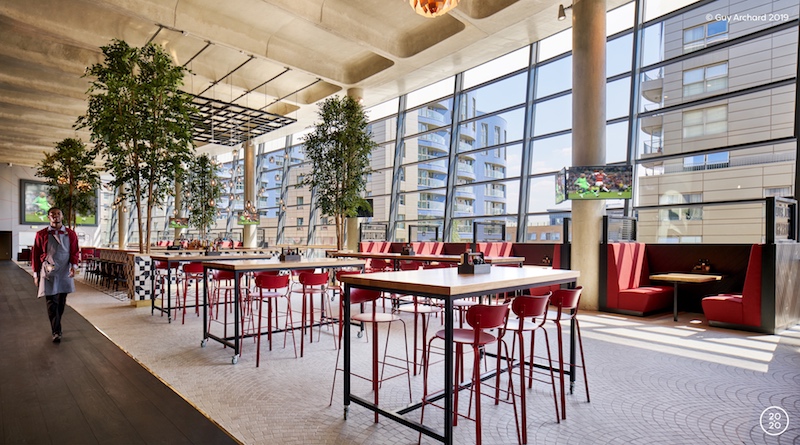 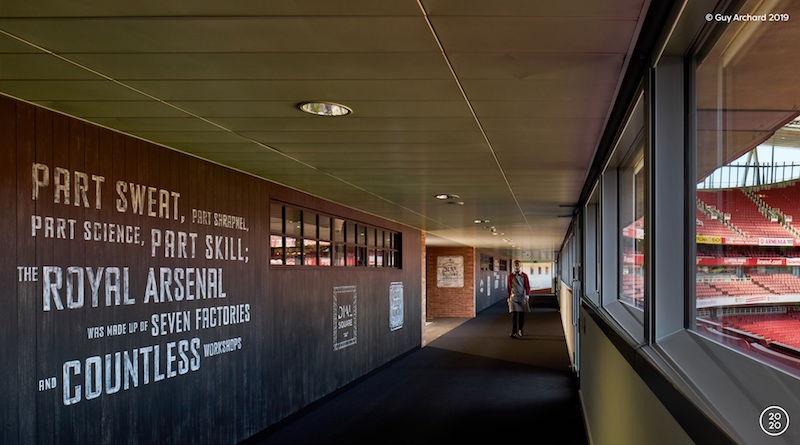 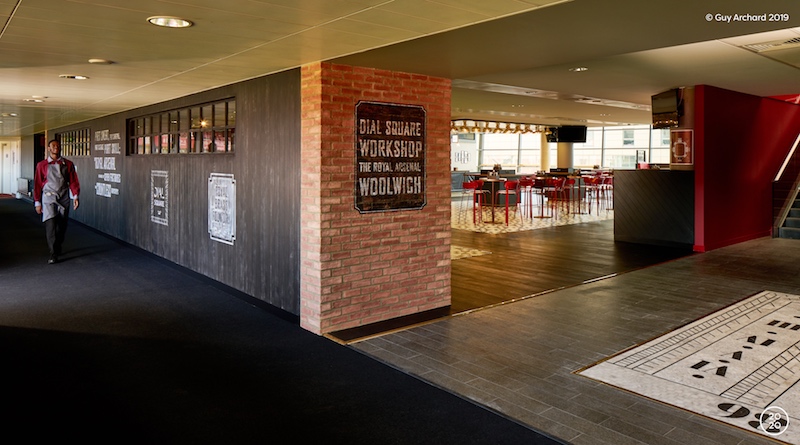 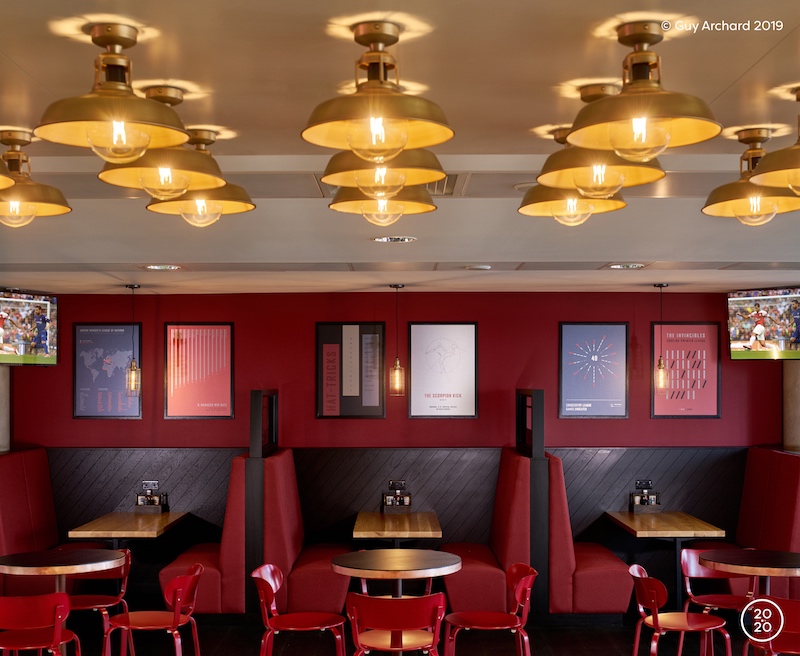 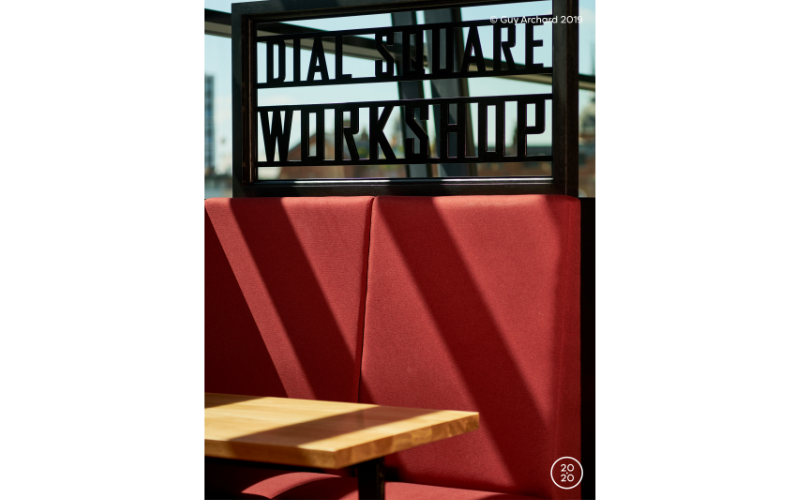 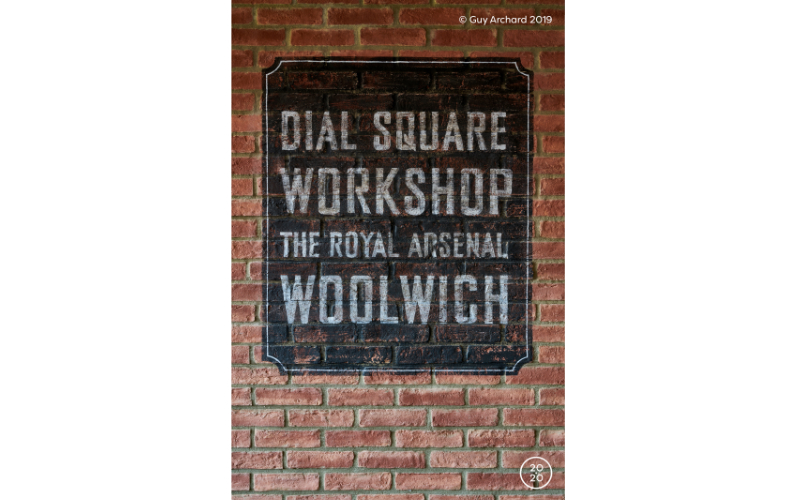 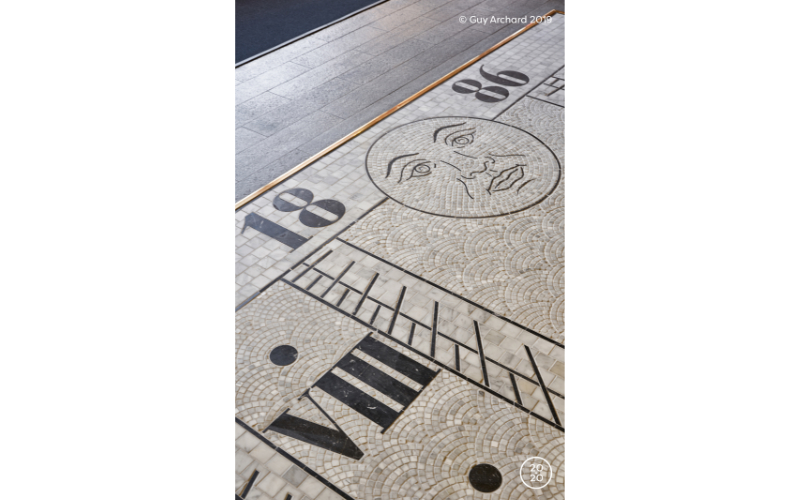 Arsenal FC invested £4 million into refurbishing the club level at Emirates Stadium. The first space to get upgraded as part of this process was Dial Square, a premium-casual, amazing-grazing, bar-based experience, featuring the UK’s first stadium open-flame pizza oven, plus chicken rotisserie.

The name Dial Square comes from an industrial courtyard at the Royal Arsenal, Woolwich, London, UK. This courtyard was part of a munitions workshop for a royal military armaments factory established in the 18th century. Dial Square workers formed the football team and club now known as Arsenal FC. A sundial featured above the courtyard helped workers keep good time. Although the name “Dial Square” featured in the stadium previously, its relevance to the club was never brought to life.

With the refurbishment plan, not only did Arsenal want to celebrate the industrial heritage of the club, but also make it a key part of the proposition, modernising the spirit of Dial Square by inviting people to gather together here once again around a single purpose.

Dial Square is an experiential game changer in UK sports hospitality. Inspired by the courtyard sundial, “time” is a central theme to the football stories brought to life. Designers injected a sense of urgency (part of the service strategy) and anticipation (part of the digital/screen strategy) into the matchday itself. A 13-foot hand-laid mosaic replica of the sundial welcomes guests into the space, and clocks along the escalator reveal the time of famous Arsenal FC goals.

An industrial courtyard pays homage to the pivotal munitions workshop in the club’s history. The outside is brought in with trees and sensory design details to enlighten the space, paying tribute to the factory workers, craft, and detail. Authentic, timber-clad internal walkways and brass-inlay cladding to traditional hand-painted signs, as well as craft ales and exclusive drinks, create an atmosphere not available anywhere else in the stadium.

Dial Square is a social environment with the kind of relaxed pace expected in a football stadium. Its spirit connects fans to the cultural traditions of the club, while giving them options for how and where to socialise. The space and proposition are designed to encourage fans to arrive early, have a bite to eat, and enjoy the match day build up. New culinary experiences include the Premier League’s first open-flame pizza oven and fresh rotisserie chicken. Menu choices have been deliberately designed to gather around for fans reveling in the match day build-up or unwinding after the final whistle.

Dial Square is a timeless, multi-use bar and restaurant that can accommodate groups of any size in intimate booths or communal high-chair seating. It’s an instant fan-favourite. The space has seen a 110% increase in revenue YTD (April 2019). The club’s history is translated through beautiful detailing, providing a versatile social setting whether there’s a match on (or not). Even when the stadium was dark, 300-plus fans came to the stadium to watch an away match, all enjoying the exclusive beers and feature food offerings when the stadium would otherwise be closed.

“The design of this fantastic space, combined with the food and drink offering has raised the bar of in-stadium casual dining and informal hospitality, both at Arsenal FC and the Premier League," says Tom McCann, Head of Premium Sales for Arsenal FC. “We are proud to present this space to our members and have received nothing but positive praise since its opening.”