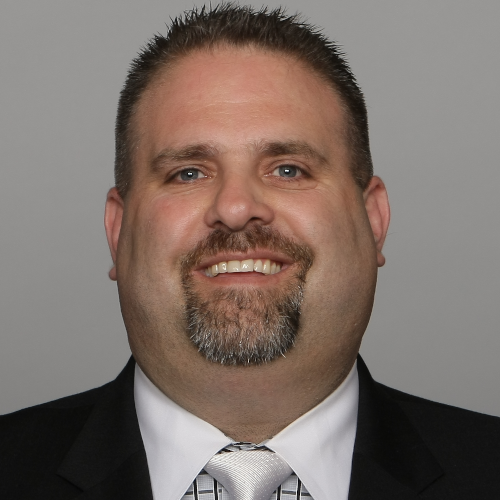 Mercurio worked with design firm HNTB and builder TDJV Turner/Devcon to get Levi’s Stadium designed, built and fully operational ahead of schedule and under budget.  Levi’s Stadium has played host to high profile events including the 2019 College Football Playoff National Championship, the NHL Stadium Series, WrestleMania 31, Copa America Centenario, and Super Bowl 50. Mercurio was instrumental in working with the bid committee to get the Super Bowl’s golden anniversary to the Bay Area in February 2016, which is billed as one of the most successful Super Bowls in NFL history and has set records across the board including transferring 10.1 TB of data Super Bowl Sunday. Under Mercurio’s leadership, Levi’s Stadium has garnered international recognition, most notably the prestigious Sports Business Journal 2015 Sports Facility of the Year award, as well as a number of green and sustainability honors.

Prior to being named vice president in 2009, Mercurio spent four years as the director of stadium operations for the 49ers at Candlestick Park.

During his 49ers tenure, Mercurio has become an NFL leader in security and stadium management. He developed the stadium emergency evacuation video for the 49ers that has since been mirrored by arenas and stadiums affiliated with the NFL, MLB, NBA, NHL, and NCAA.

In August 2005, Mercurio was influential in aiding the California Department of Homeland Security officials in the first Large Stadium Initiative Program (LSI). Having taken part in the development of the Best Practices for NFL Security, he presented to security and operational professionals affiliated with large stadiums and arenas in the State of California.

Born in San Francisco, CA, Mercurio graduated from Pacifica’s Oceana High School in 1989, before attending Canada College in Redwood City, where he earned an AA degree in 1991. A graduate of the University of Pacific in 1993, he obtained his B.A. degree in public relations with a minor in broadcasting. Mercurio went on to earn a master’s degree in sport administration and management from Canisius College in Buffalo, NY, in May of 2001. In 2005, Mercurio was selected to complete an NFL Executive Program for Managers at Stanford University. He served on the Santa Clara Board of Visitors and Convention Bureau from 2012-2015.  He is currently a member of the Stadium Manager’s Association and is an inductee into the Pacifica Sports Hall of Fame. In July 2016, Mercurio was honored with the prestigious National Center for Spectator Sports Safety and Security (NCS4) Professional of the Year Award, which recognizes a professional in the field who has enhanced venue safety and security operations. Mercurio currently serves on the NCS4 Board of Directors and concurrently serves as the Chair of the NFL’s Stadium Security Committee.

Mercurio and his wife, Teri, reside in Vacaville, California.