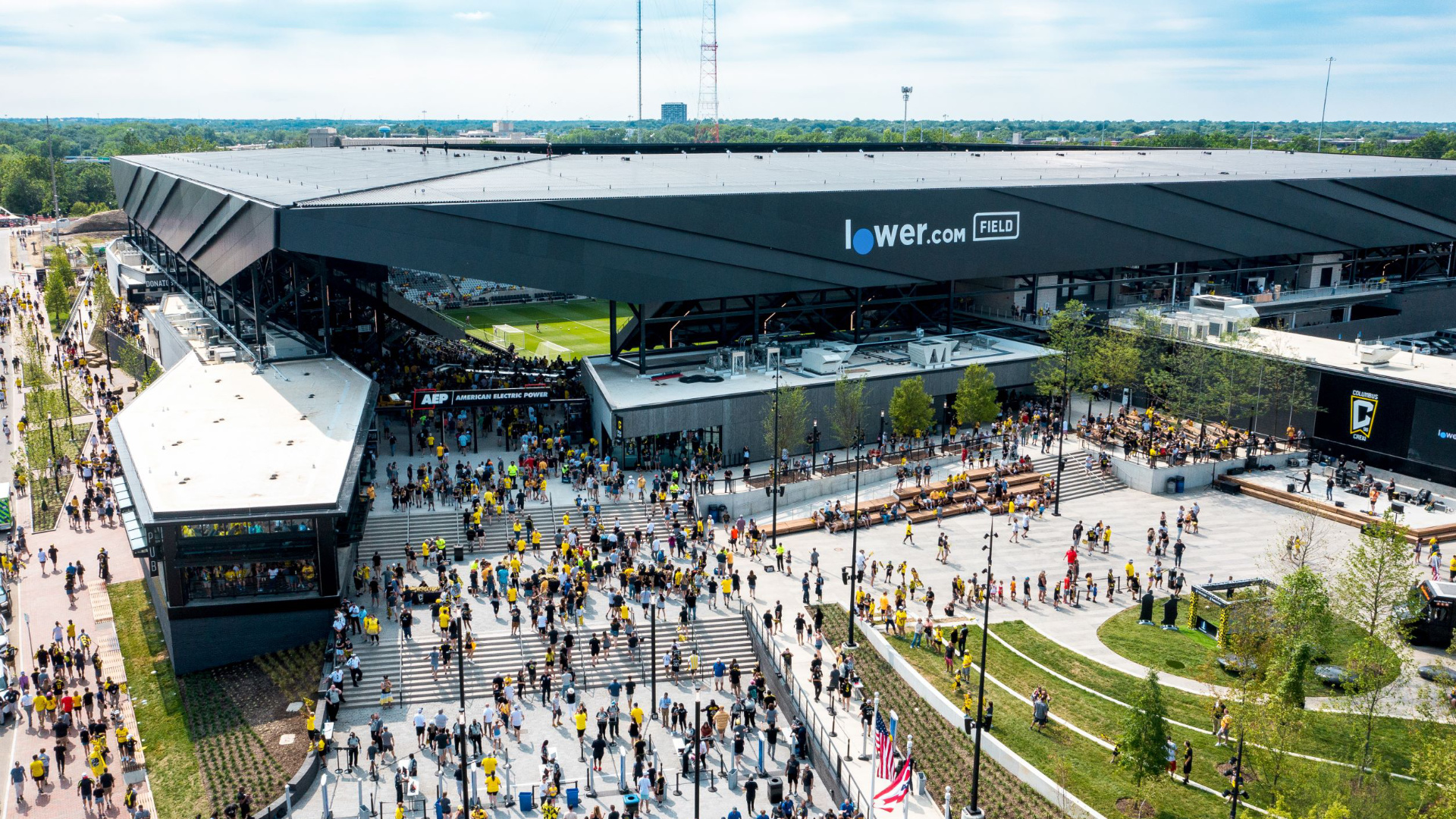 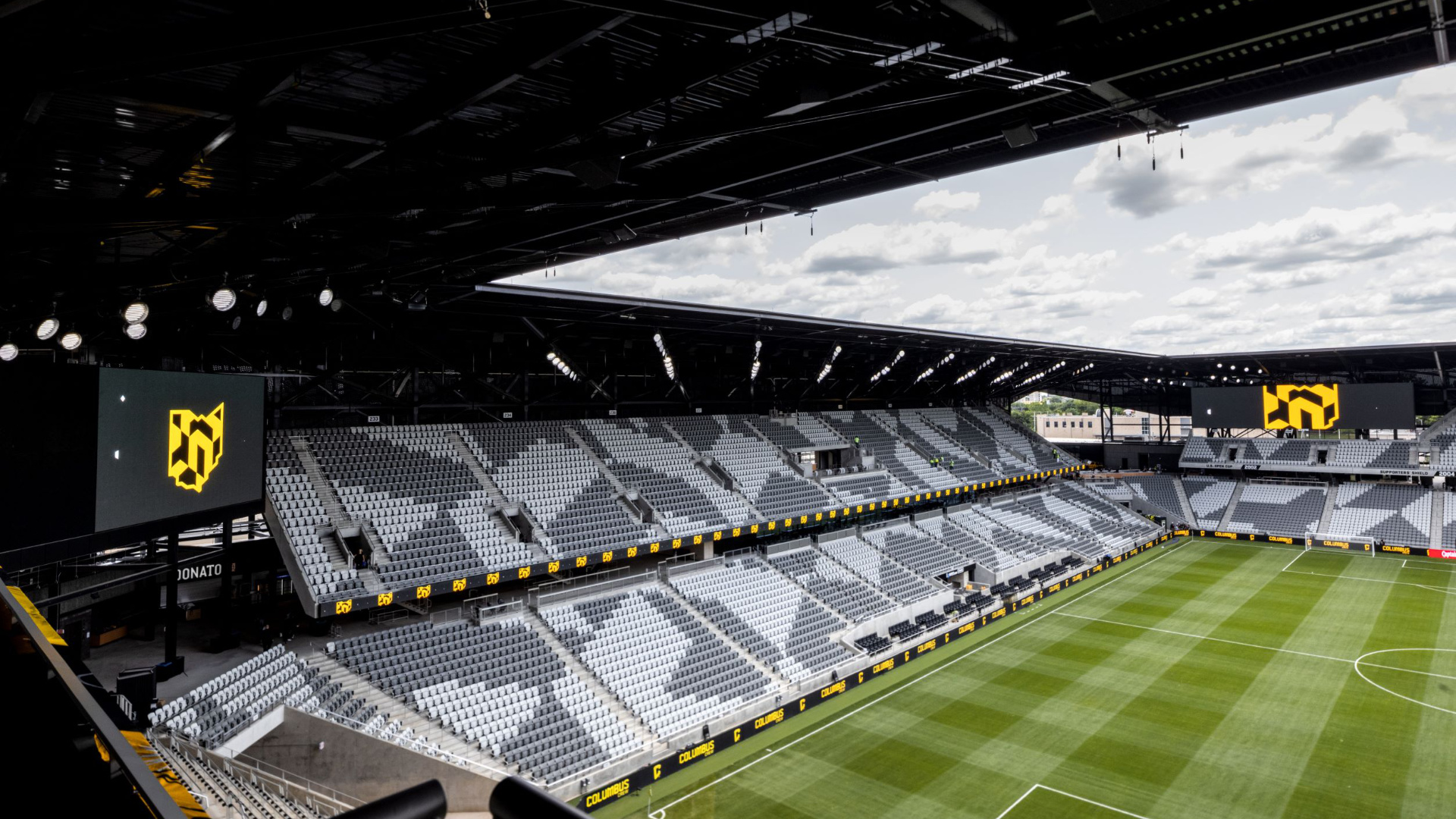 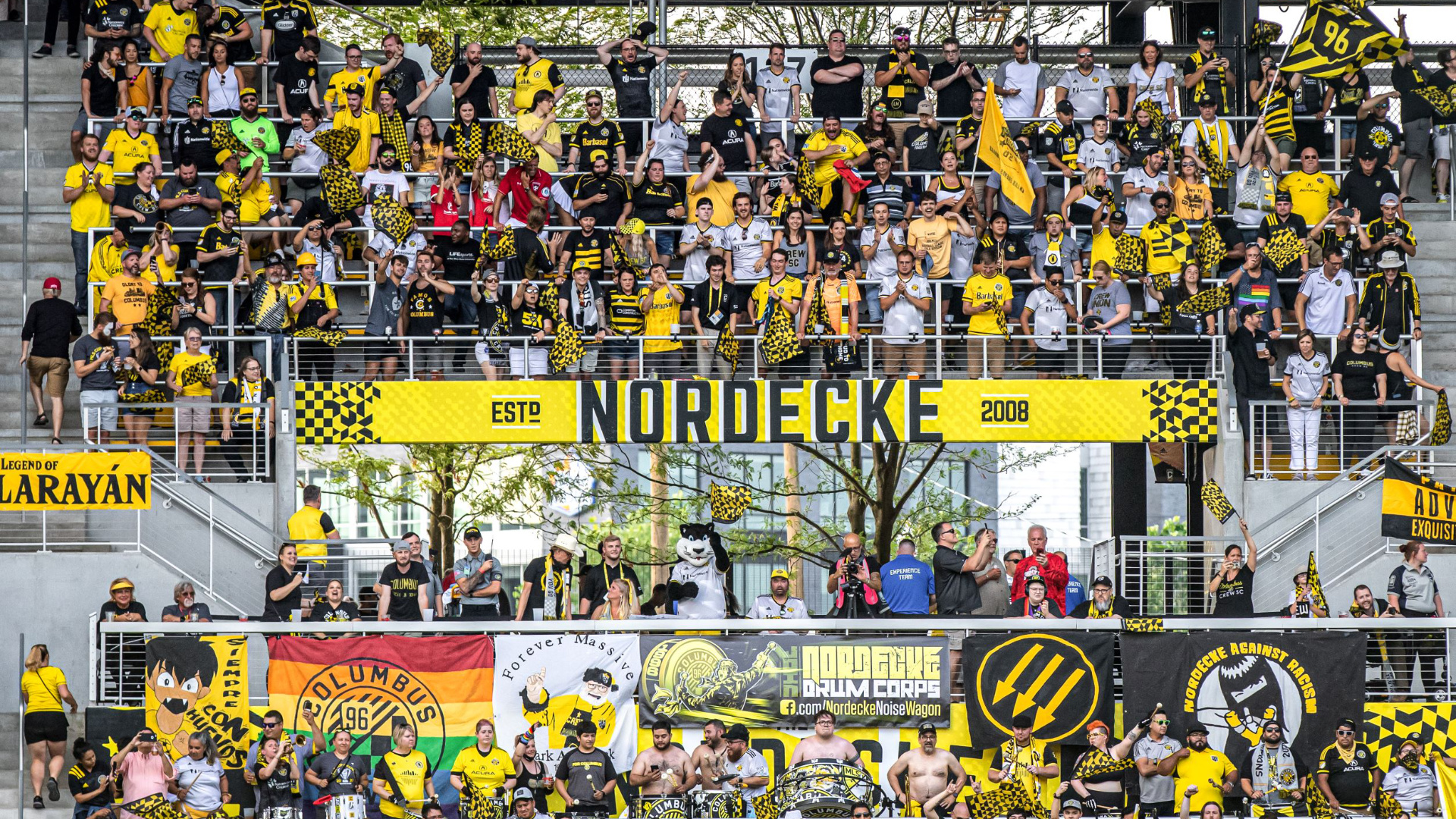 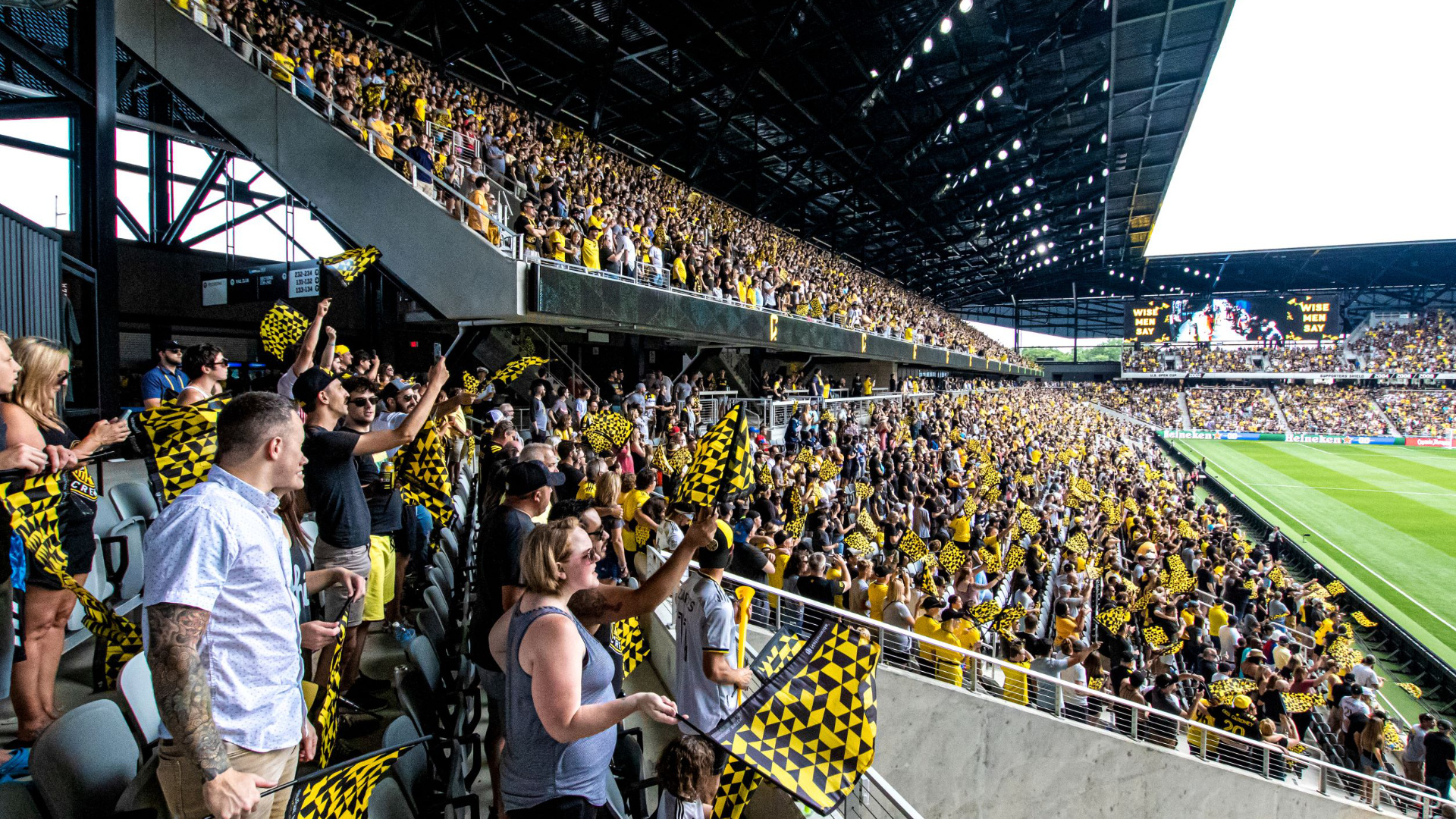 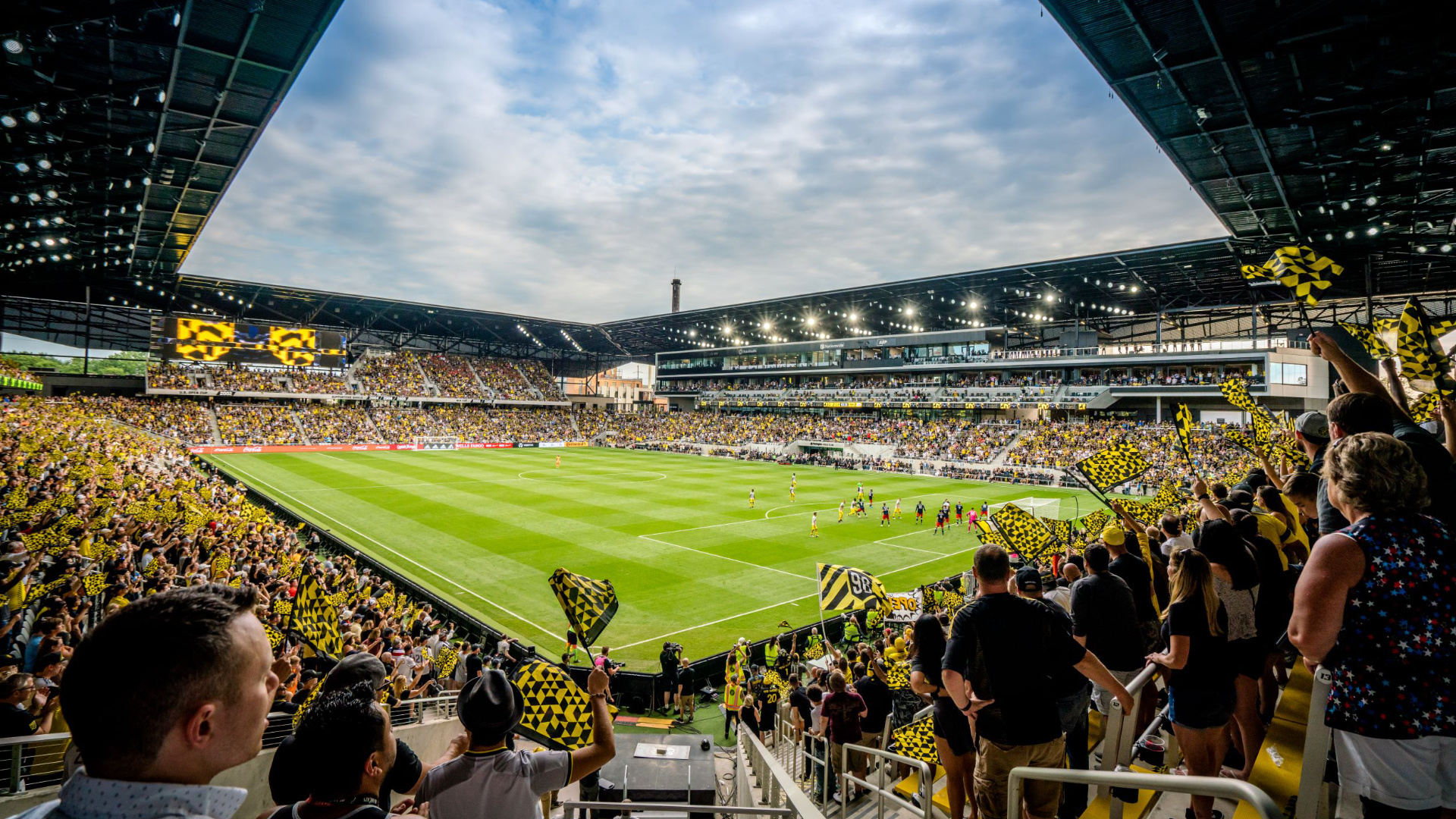 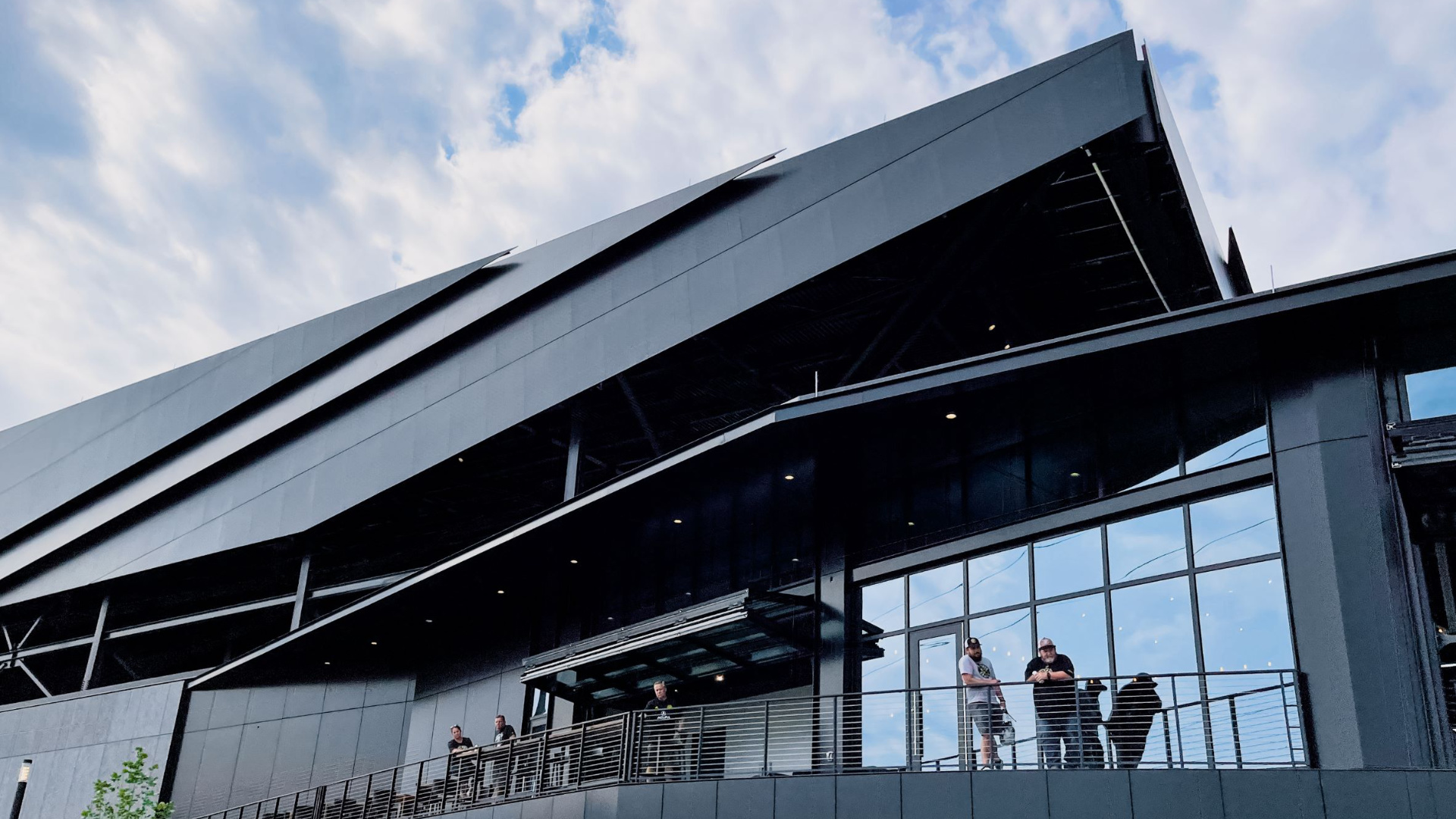 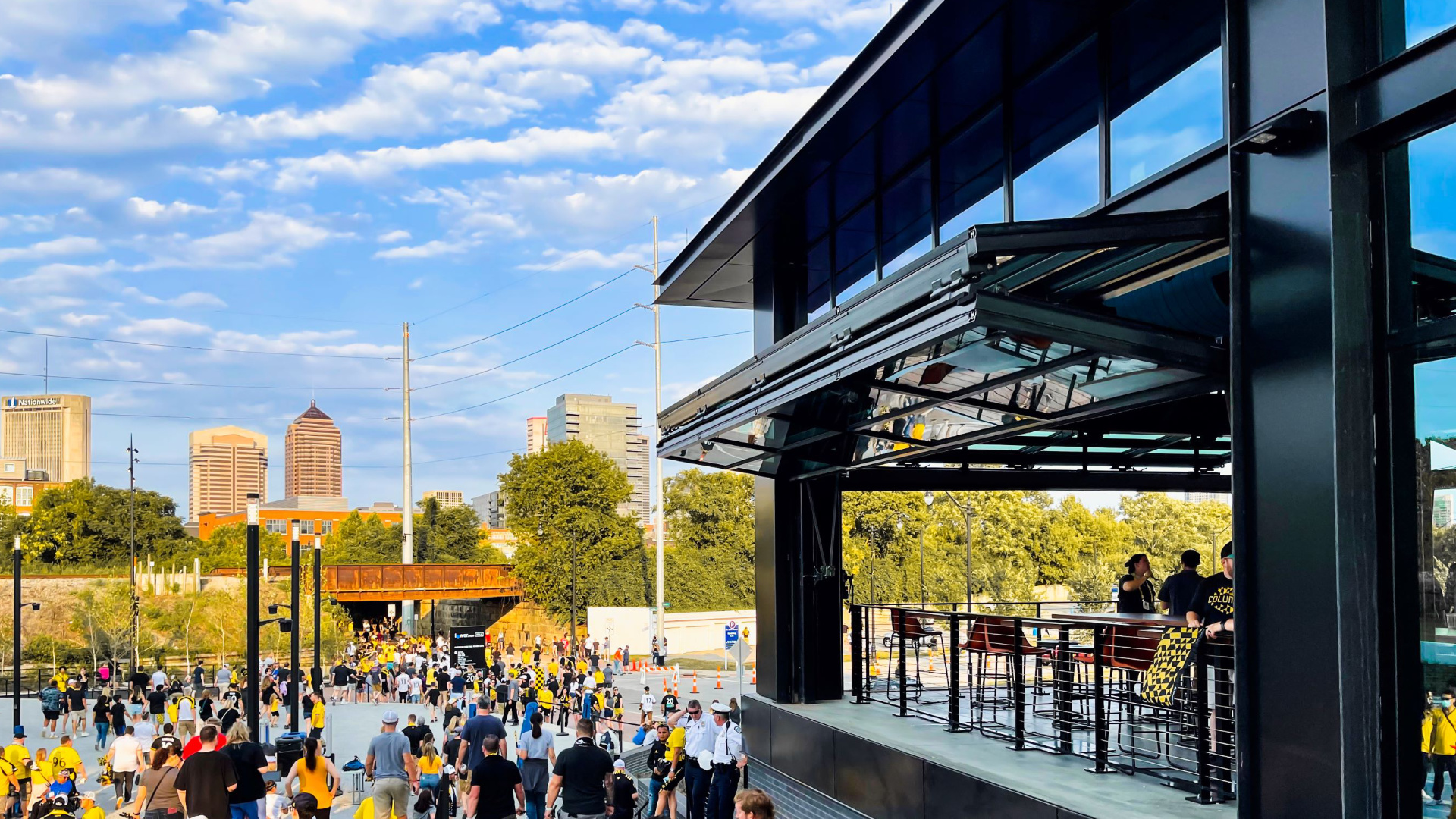 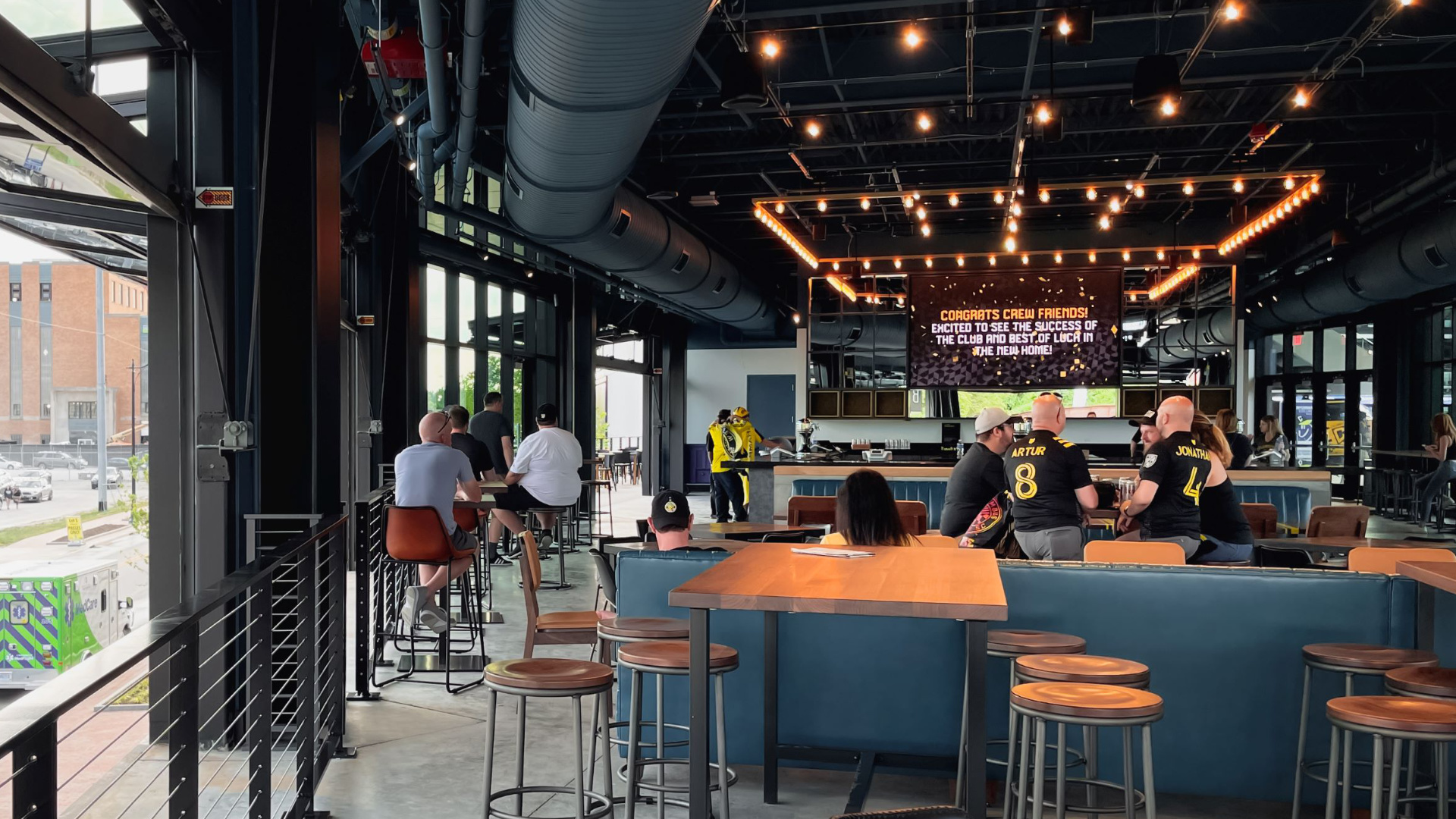 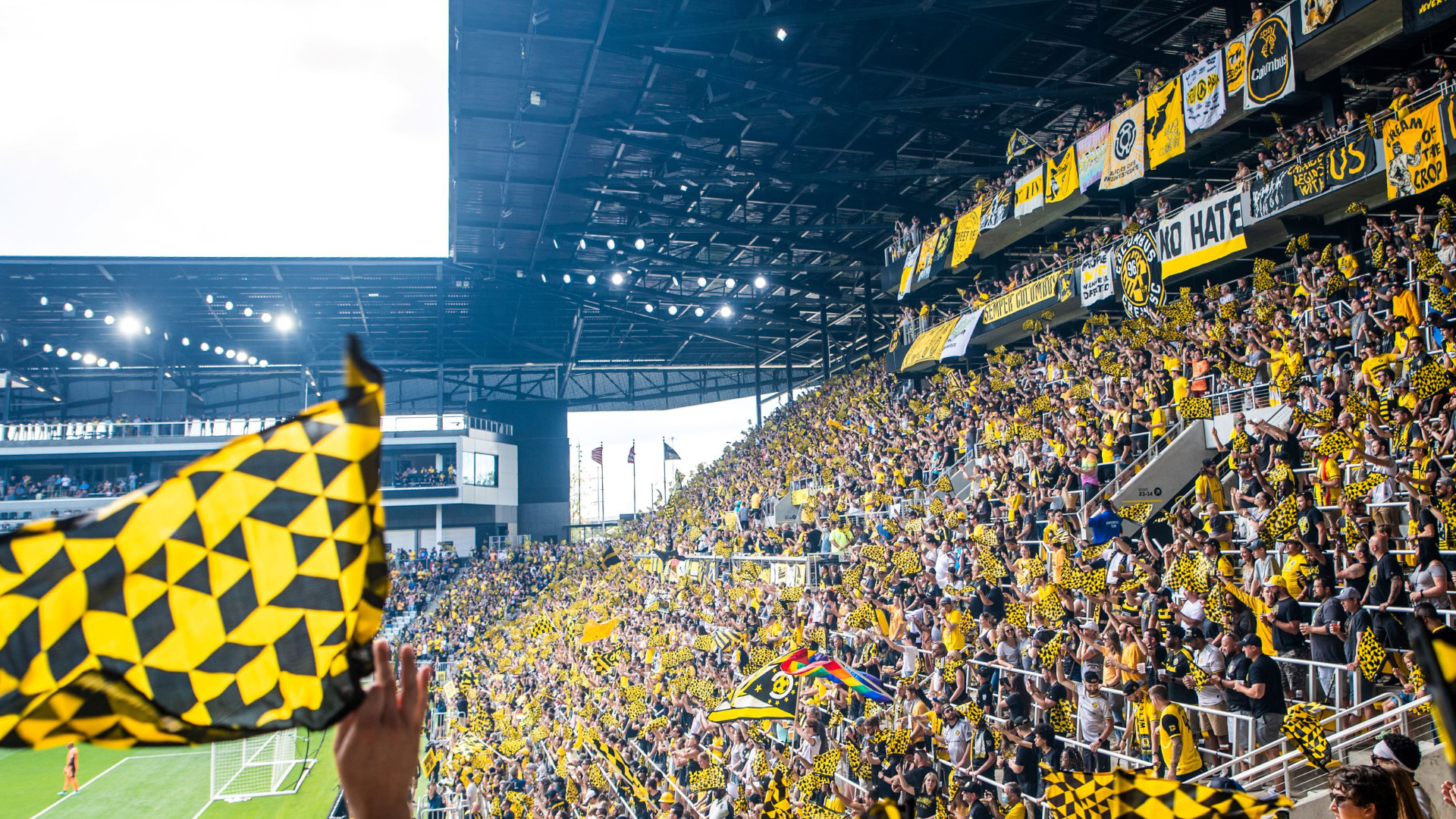 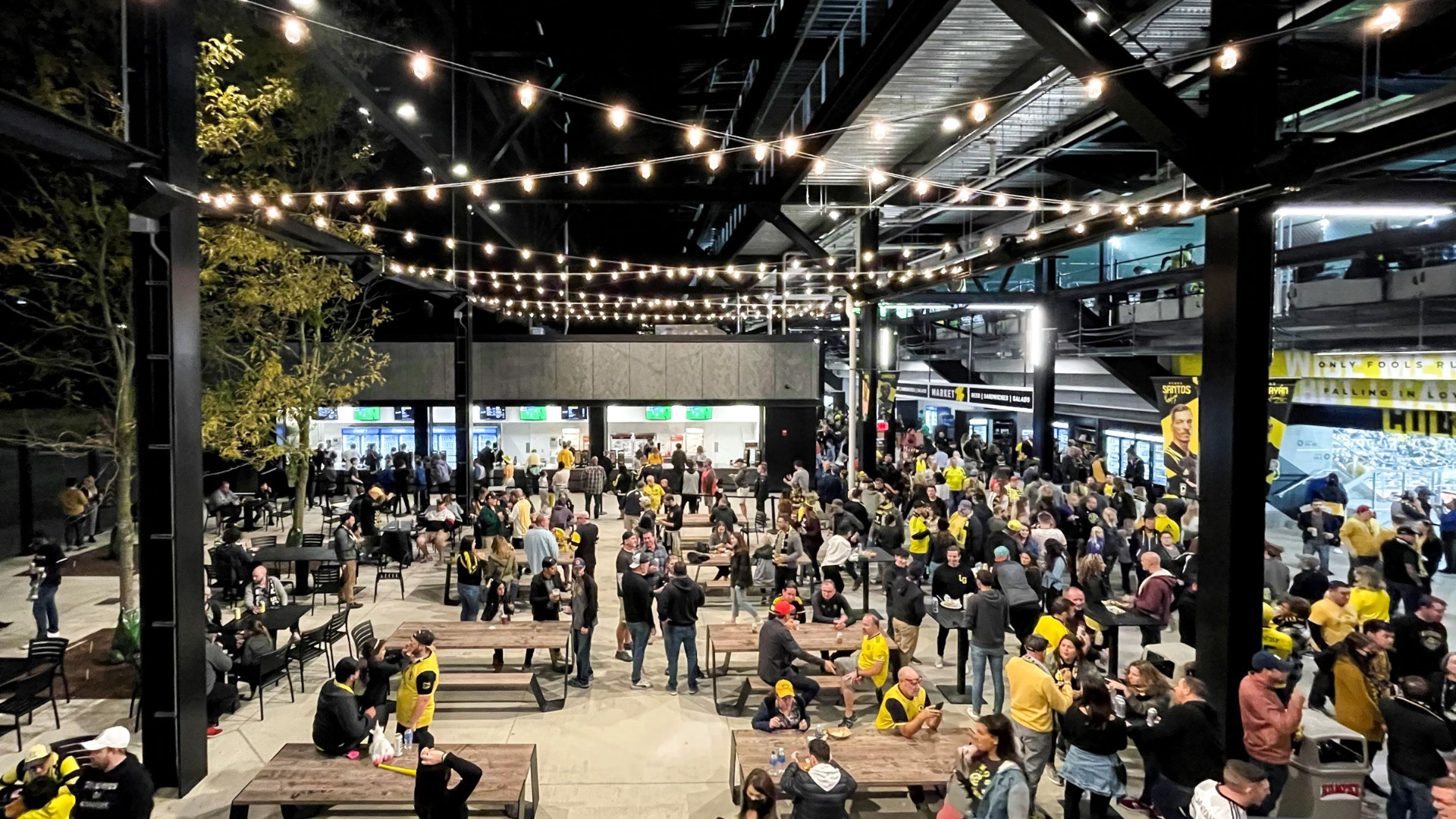 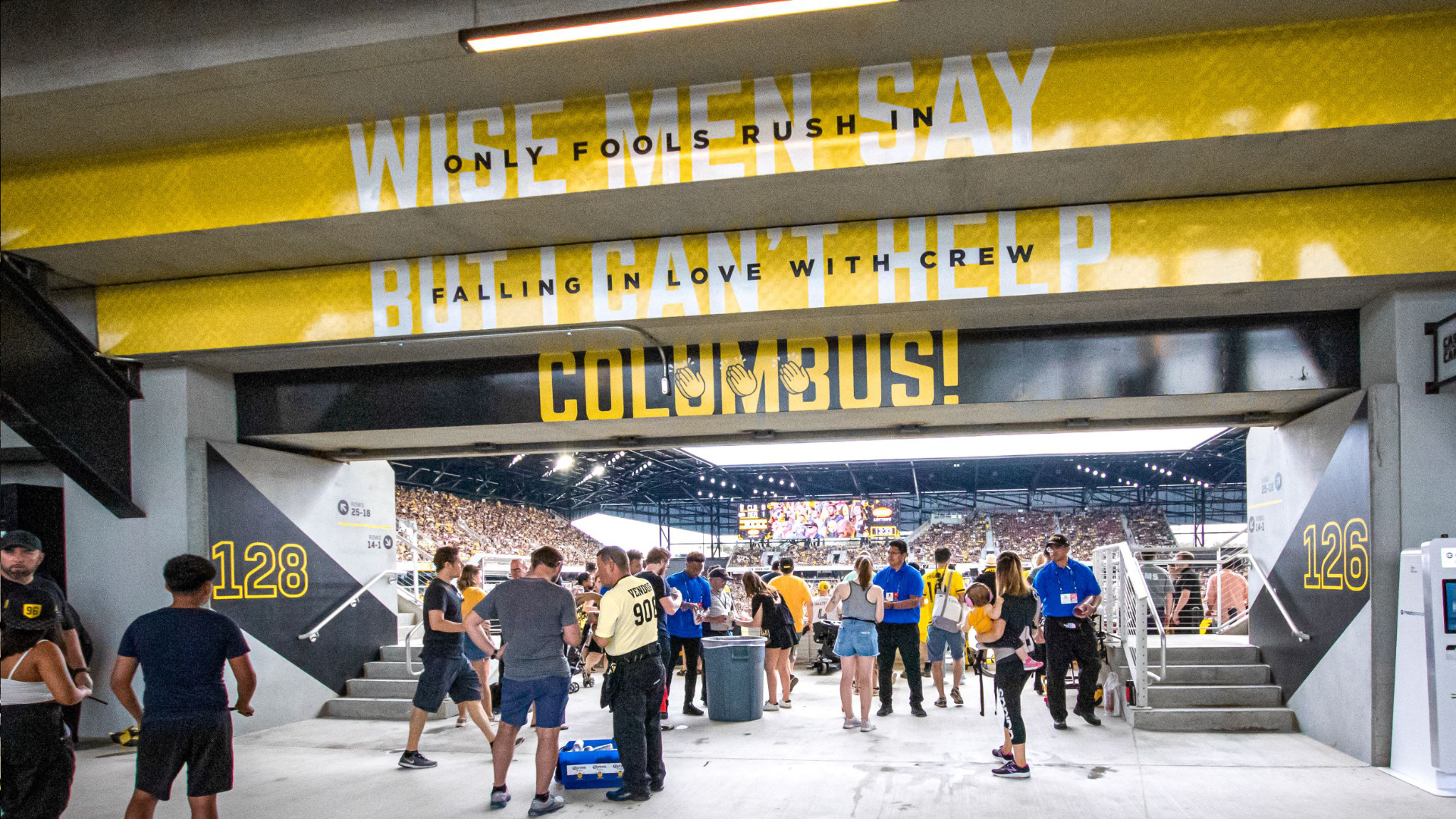 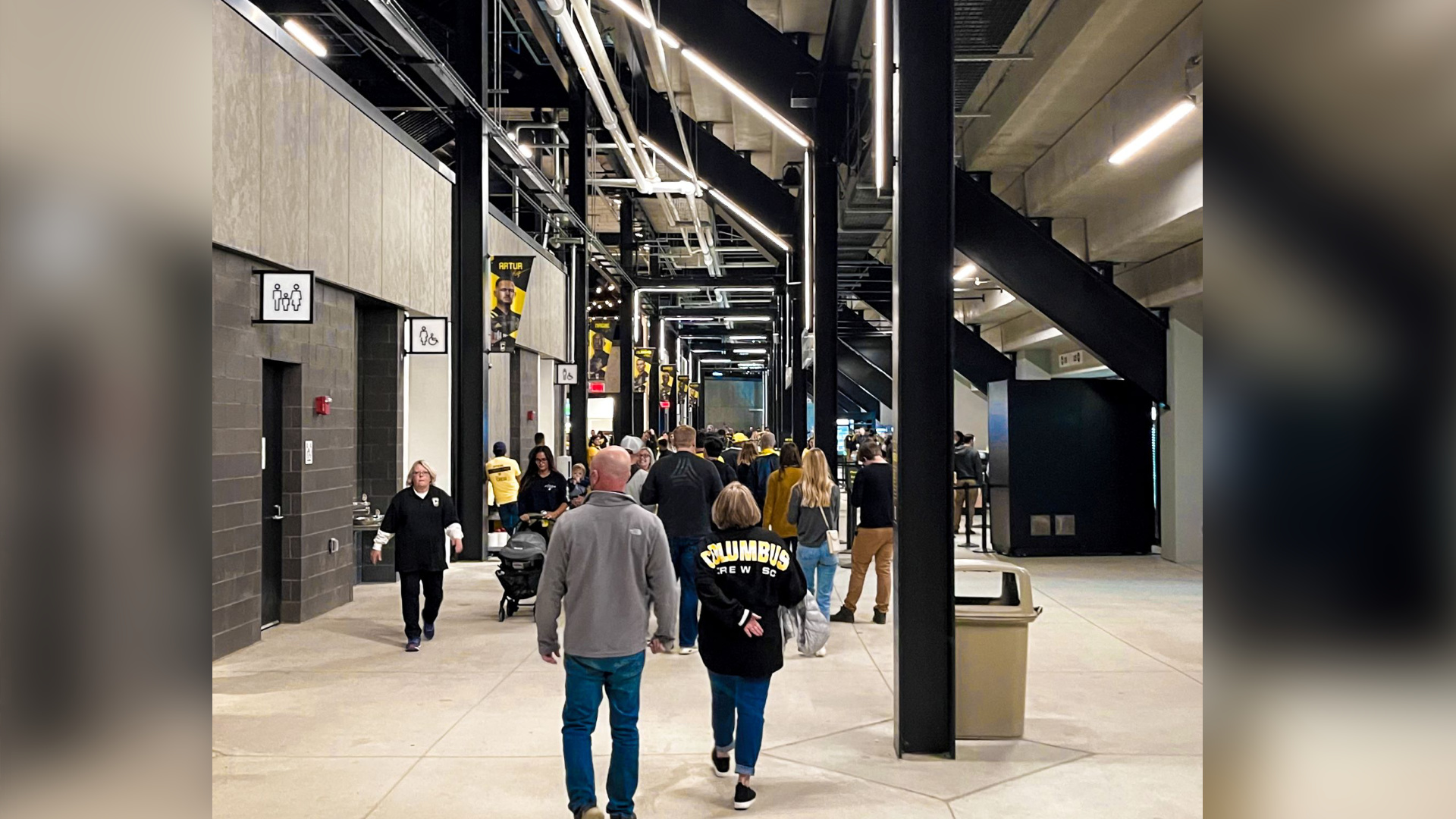 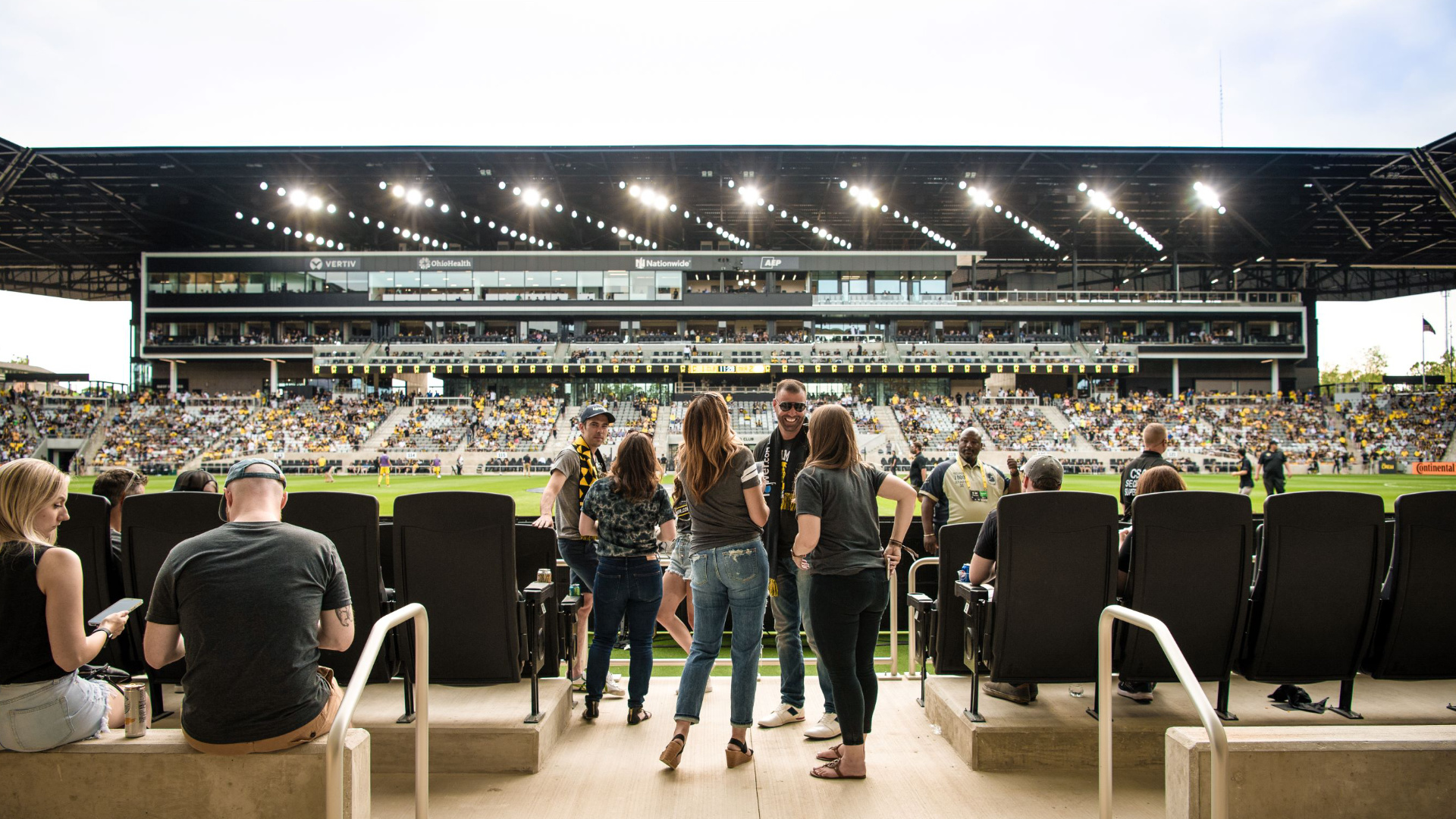 The stadium is situated at the terminus of a prominent downtown boulevard, located at the confluence of two rivers.  Lower.com Field anchors the future Astor Park development, which will feature as much as 150,000-SF of commercial and office space anticipated to bring an additional 1,300 workers to the district, along with 440 residential units, including 20 percent set aside as affordable housing.  The new neighborhood will also feature a new Riverfront Park, providing recreation amenities and trail access.

Inspired by the vibrancy and diversity of Columbus’ urban neighborhoods, the stadium boasts four unique stands, each with its own features and character. The supporter’s “Nordecke” safe-standing section in the north is designed to be the steepest in MLS, along with two elevated patio decks and a beer garden for 3,356 of Columbus Crew’s faithful supporters. The 5,000-SF Pub restaurant near the primary entry will offer open views to the entrance plaza and Columbus’ vibrant downtown skyline.

The fan-focused design has incorporated five multi-purpose club and lounge spaces, offering flexibility and choice to fans and other patrons — whether attending a soccer match or a community event. In addition to the club and lounge spaces, the stadium blends the boundaries of indoor and outdoor spaces with a 62,000-SF landscaped outdoor plaza designed to host concerts, food trucks, festivals and local fairs.

Many new soccer stadiums around the world have been constructed that are quite beautiful, with graceful curves and flowing white forms, yet the designs lack regionally inspired elements, and could arguably be located in any city. We believed the new Lower.com Field design should be reflective of the city and distinct in its architecture, reflecting the uniqueness of Columbus and the team – progressive, dynamic, transformative.

In the case of the downtown Nationwide Arena district, the design departs from the beautiful brick-lined streets and buildings of what is one of the most friendly and walkable downtowns in the country.  As the next link in this district chain, the stadium continues that walkable tradition but also set a bold new tone reflective of the team’s future and brand.  Lower.com Field stands proudly as a unique building in the district, representing a Columbus’ richly eclectic district and diverse culture.

From exterior to interior, the stadium seeks to be striking and dynamic but not flashy or boastful.  From the pre-game gathering hall with floor-to-ceiling glass walls opening up to Nationwide Boulevard and the downtown skyline, to the supporters’ tree-lined beer garden, to exciting plaza concerts, to some of the most unique premium seating and lounge experiences in the league — the venue offers unparalleled variety and choice in every aspect of the fan experience.