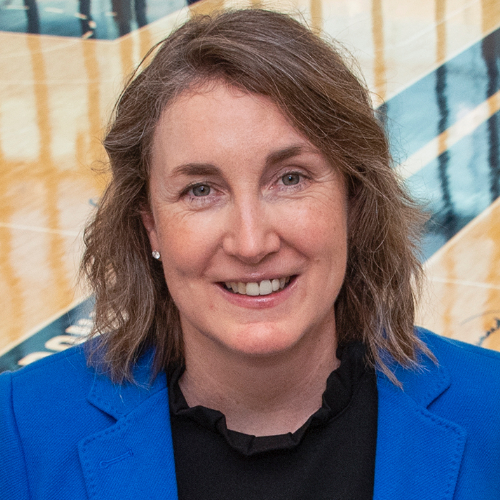 Mel Raines has been with Pacers Sports & Entertainment since 2015, now serving as President and COO Officer as well as President of the 2024 NBA All-Star Local Organizing Committee.  Raines is responsible for Corporate Communications, Community Engagement, Facility and Event Operations and Management, Human Resources, and IT in addition to the Fieldhouse of the Future construction project and all capital construction projects.

Raines has more than 30 years of event operations, legislative, political, corporate, and public affairs experience.  Prior to joining PS&E, she was chief of staff to Indiana Congresswoman Susan W. Brooks overseeing three offices as well as all legislative, constituent services and communications staff.

Raines has worked in various roles on six Republican National Conventions including serving as the COO for the 2008 Republican National Convention and as a senior advisor for the 2012 and 2016 conventions overseeing all delegate, guest and media credentialing.  As chief operating officer, Raines played a critical role in organizing, managing and producing the convention.  The Associated Press called the convention “a model of efficiency and organization.”

From 2009 to 2012, Raines was one of the principal architects of Indianapolis’ highly acclaimed 2012 Super Bowl.  She was the vice president of government relations and event operations for the 2012 Indianapolis Super Bowl Host Committee overseeing 14 planning committees.

Earlier in her career, Raines served as Assistant to Vice President Dick Cheney for Political Affairs, directing all the Vice President’s political and domestic outreach activities. She also held several leadership positions at Altria Corporate Services, at the Republican National Committee, and began her career on Capitol Hill with U.S. Sen. Daniel Coats of Indiana.

Raines, a South Bend, Ind. native and graduate of Indiana University – Bloomington, is on the board of directors of the Pacers Foundation, the Indianapolis Zoo, Visit Indy, the Economic Club of Indiana, and the Indy Championship Fund.  In 2020, she was named an Indianapolis Business Journal Woman of Influence and in 2021 she was selected as a Sports Business Journal Game Changer.  She currently resides in Indianapolis.