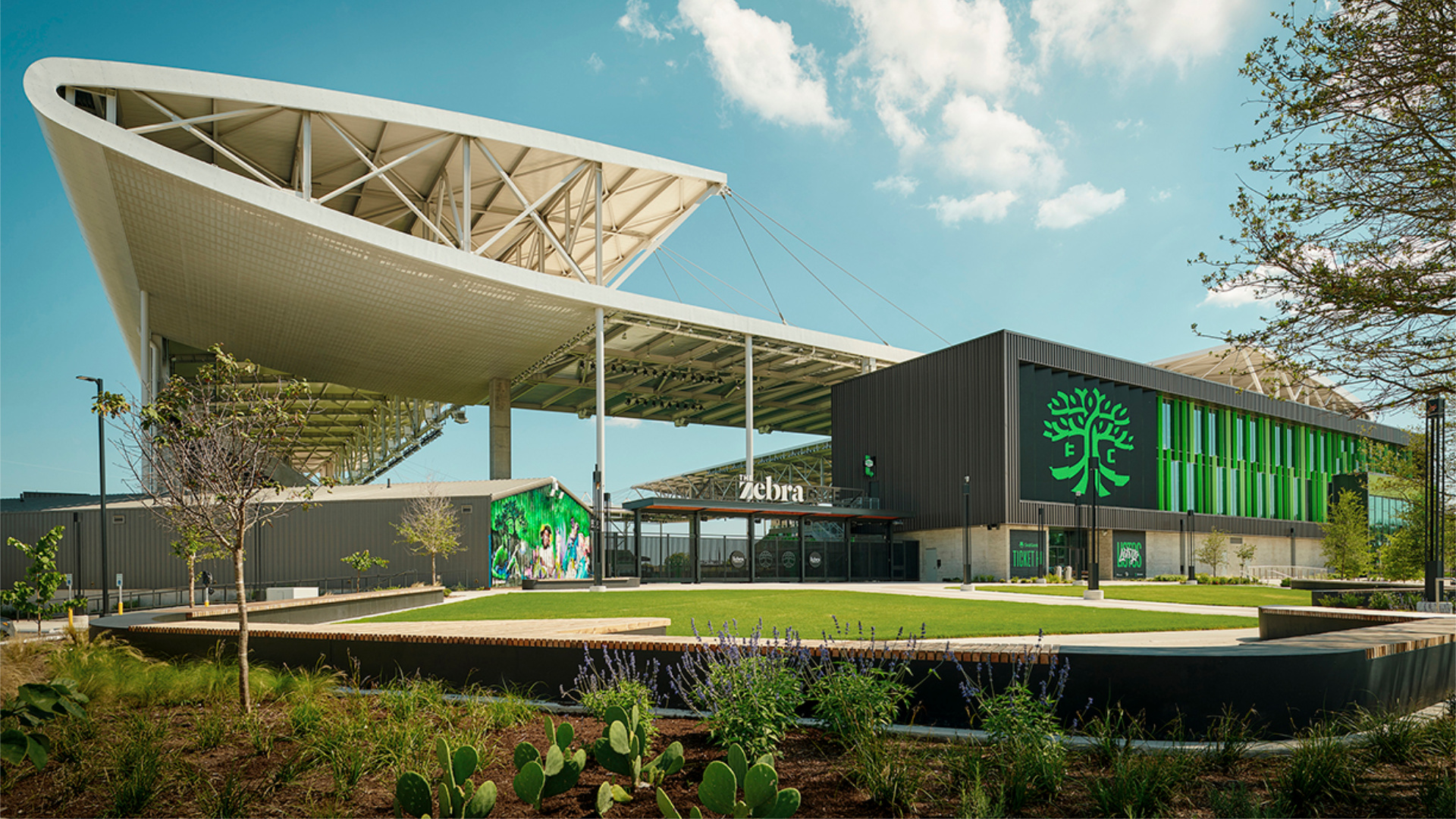 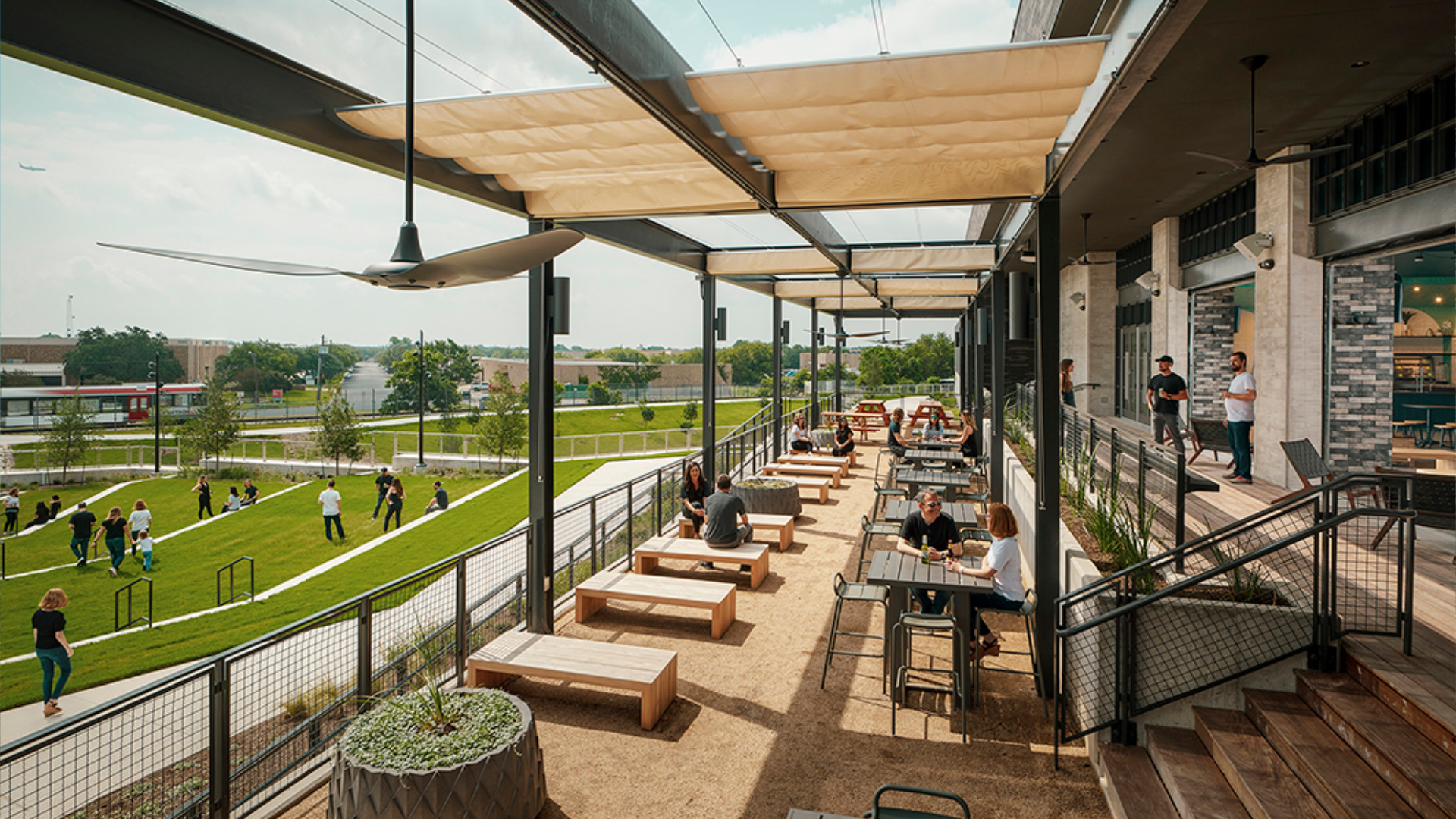 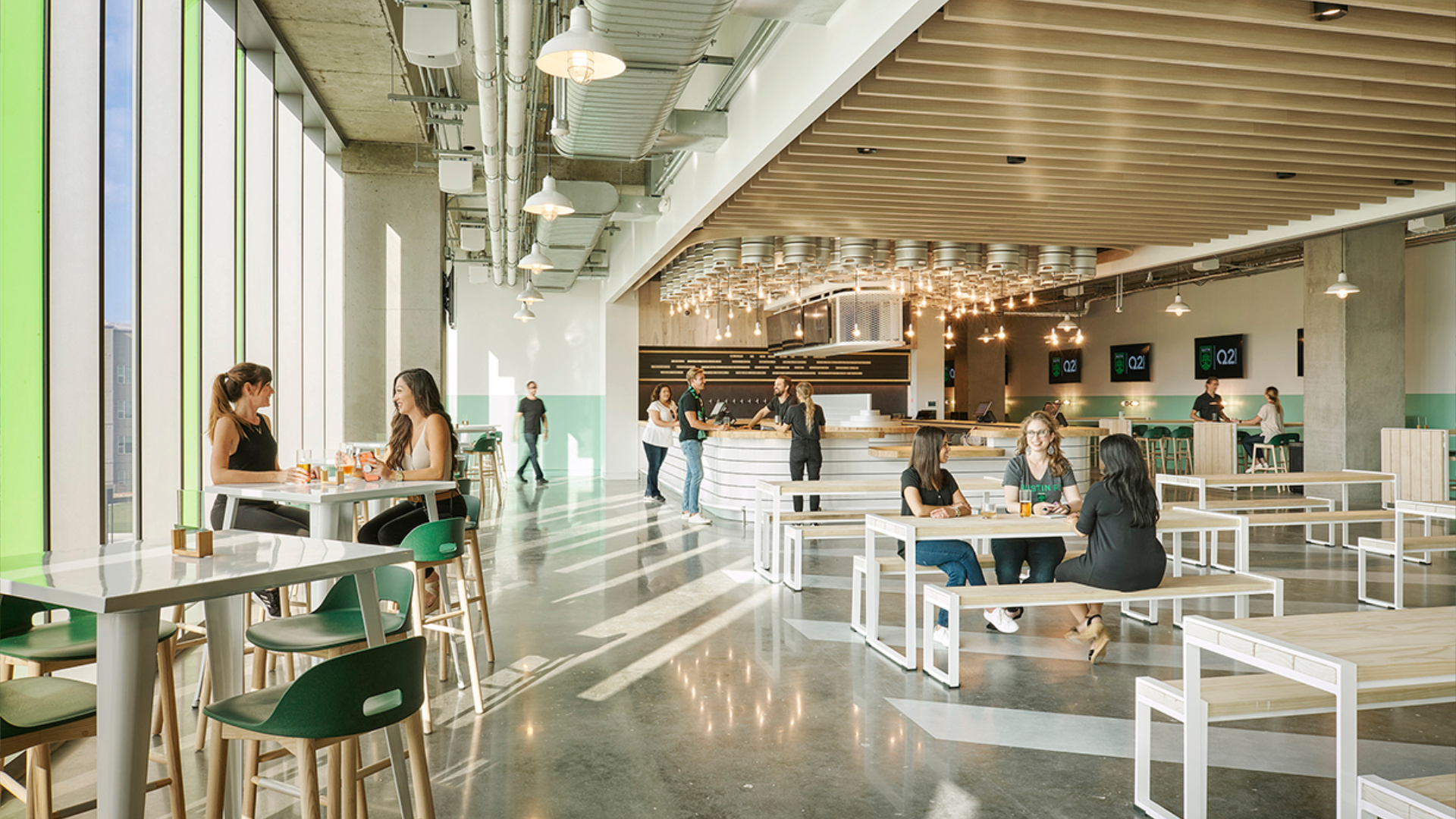 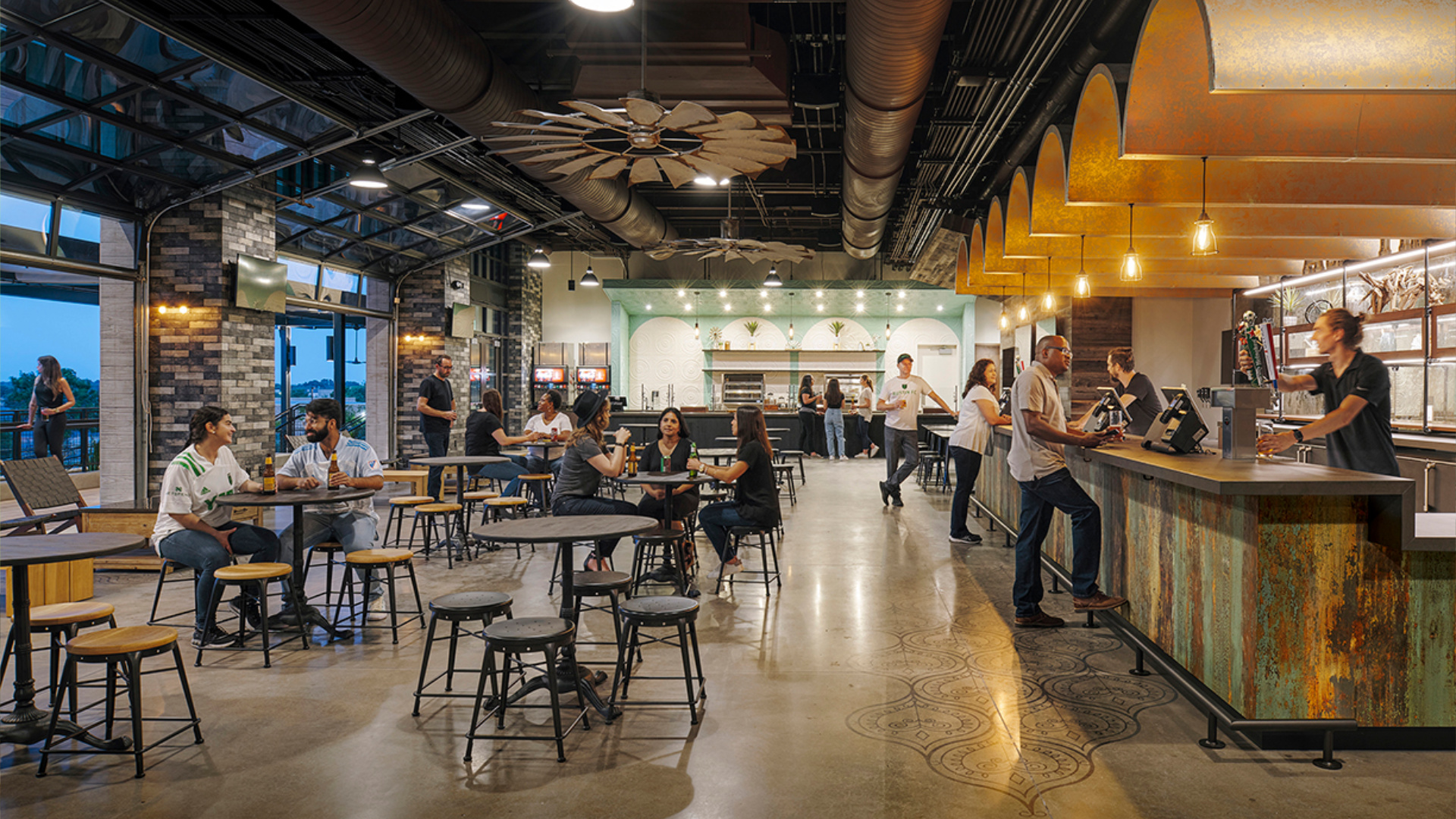 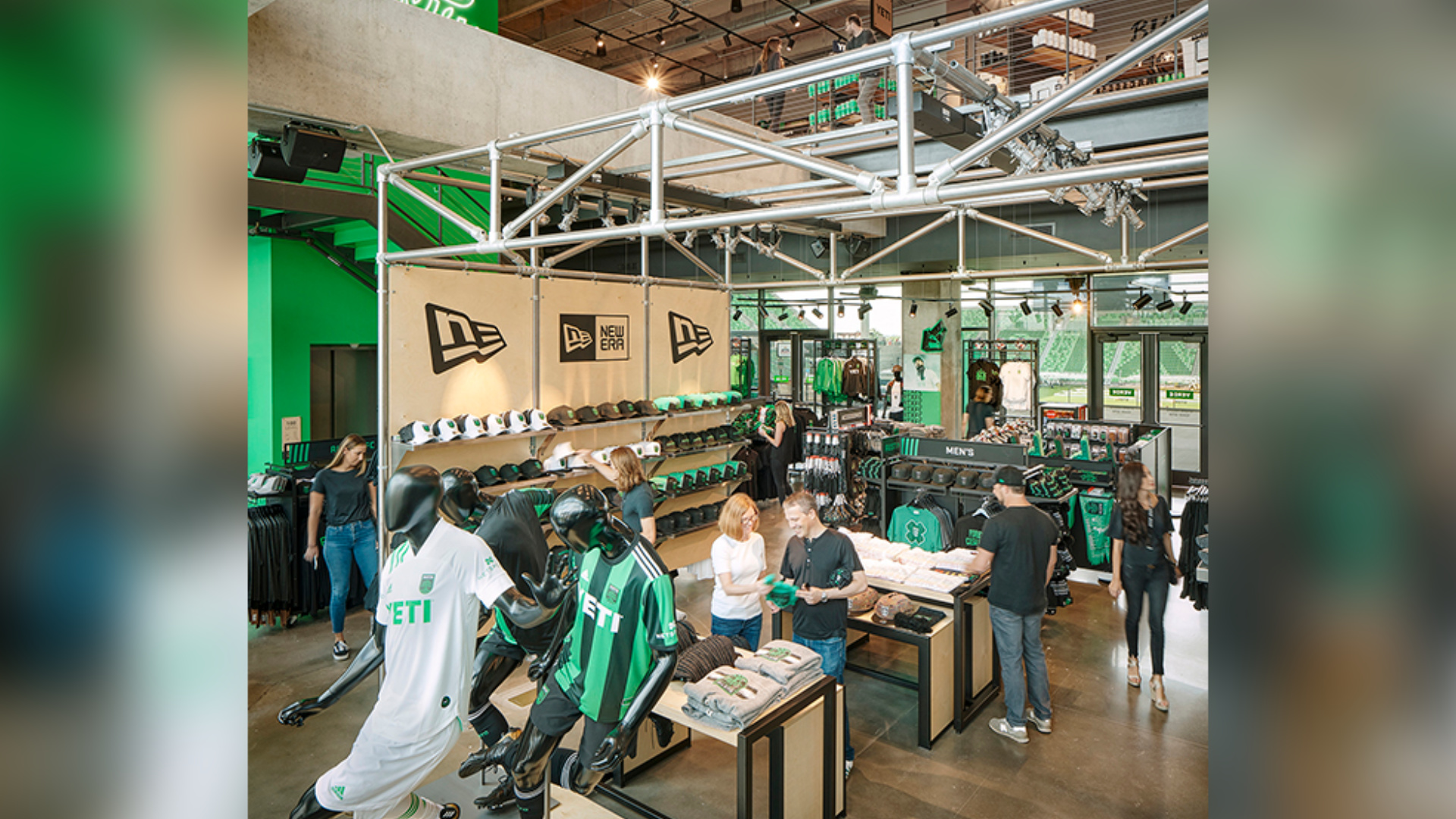 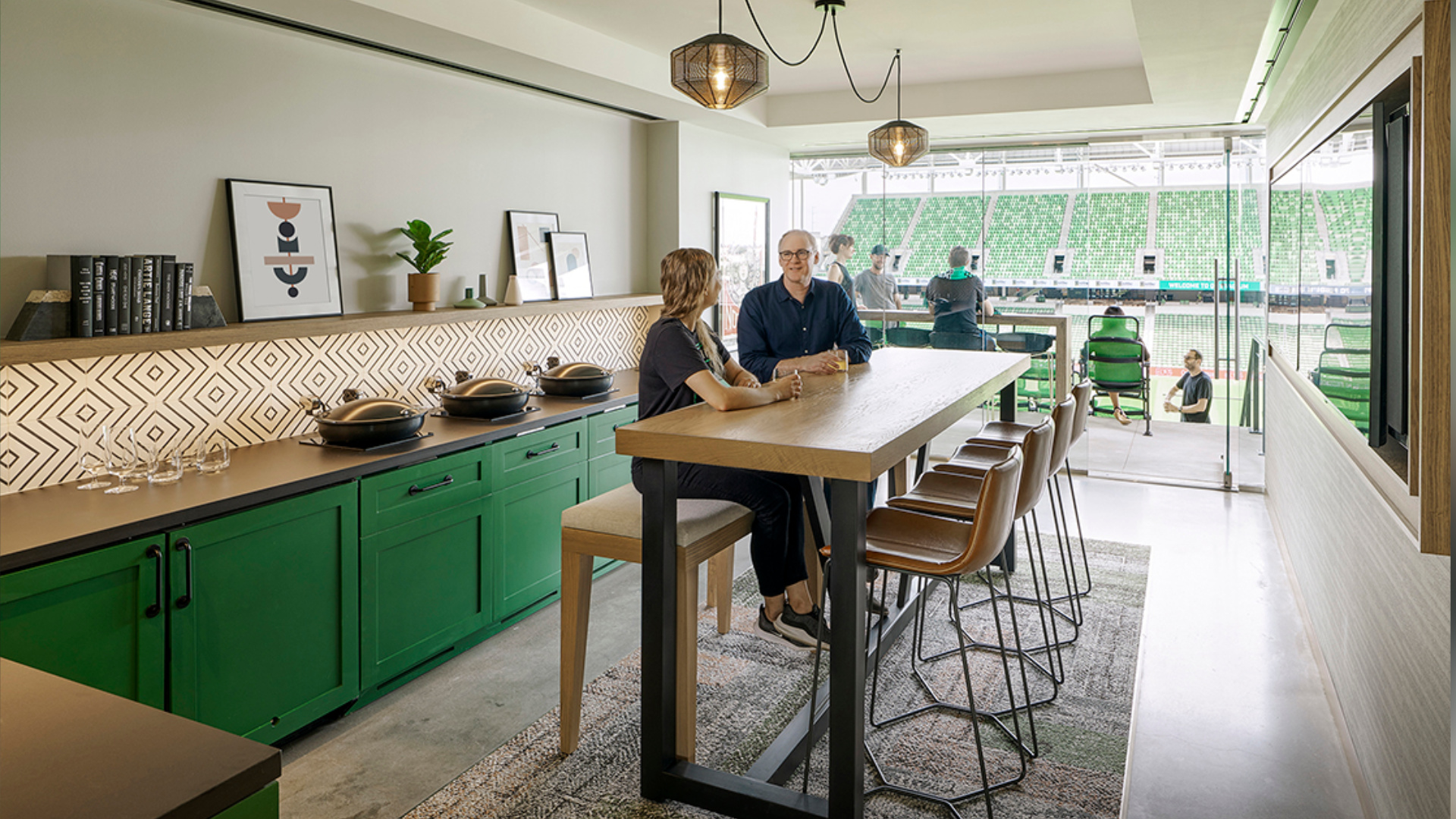 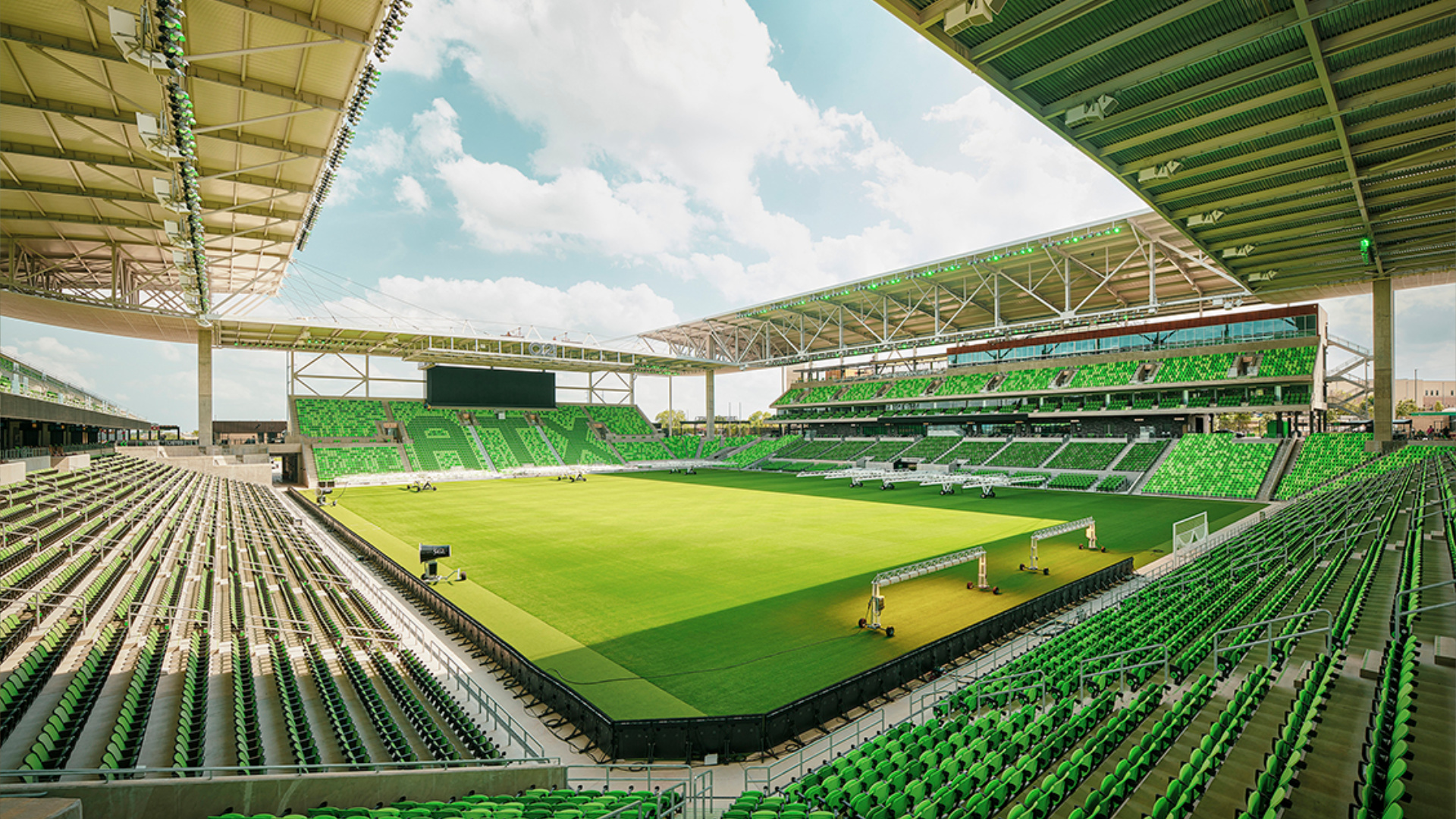 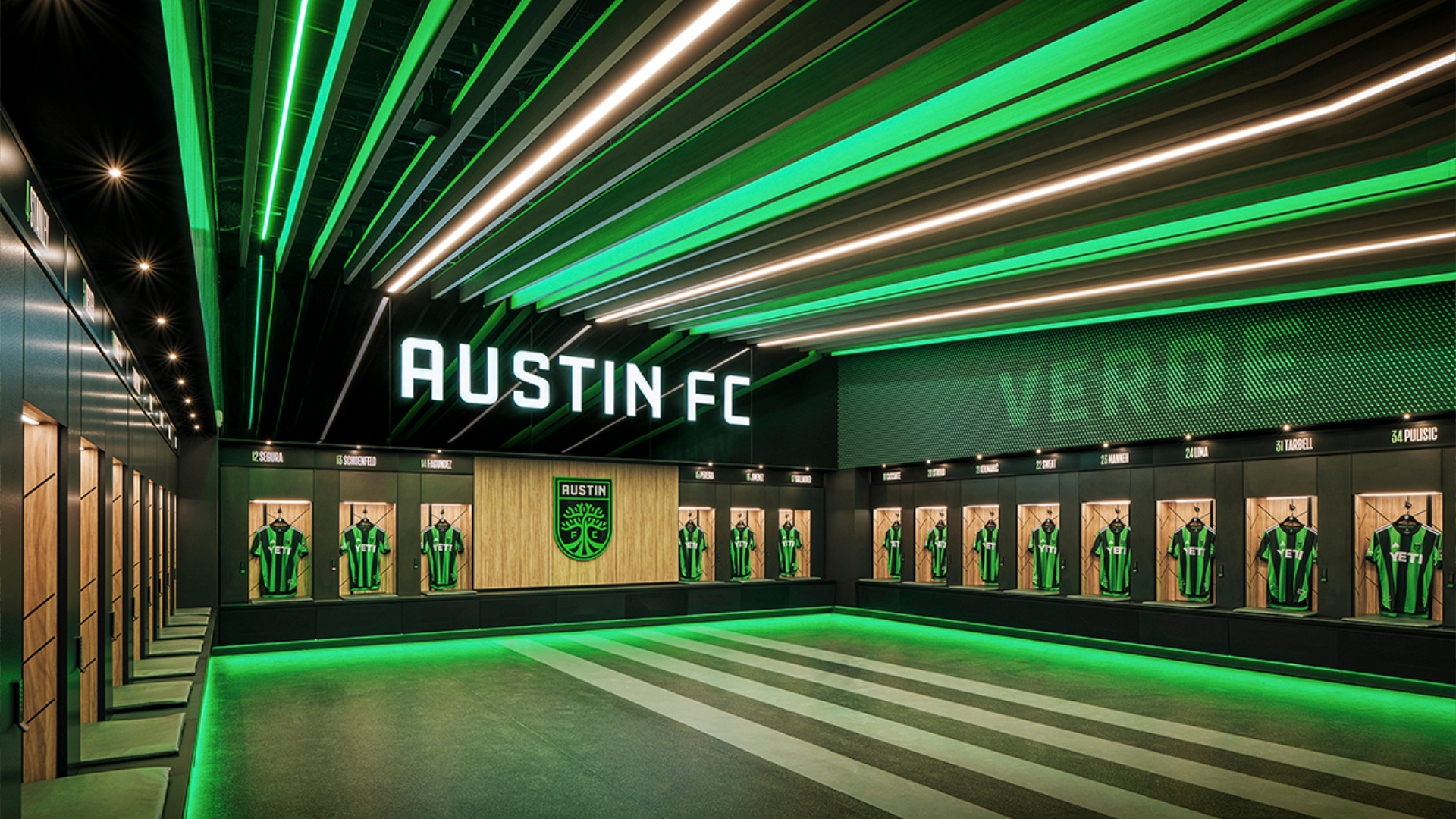 A vision turned reality, Q2 Stadium brings to fruition years of close planning and partnership between Austin FC and the City of Austin. In search of creating a versatile and adaptable experience, the MLS Club scoured for the perfect location that would spur community and economic growth. Seven different city-owned sites were considered before settling on a brownfield site located near the North Burnet Gateway. Previously a chemical plant, the decision was made in an effort to leave public park space untouched. Instead, the team viewed it as an opportunity to provide a number of economic, environmental, and community benefits to an underserved neighborhood with no previous infrastructure.

The architectural approach for Q2 Stadium was to imbue Austin’s personality of community, culture, and tech-forward growth to create an unrivaled sporting experience that would unite the City of Austin. To achieve Austin’s come as you are ethos, distinct areas, or “neighborhoods,” are instilled around the stadium, each with its own character and amenities.

When fans enter the stadium through its public access gates, the pitch emerges beneath the bowl created by 20,738 seats. Located at the south end of the stadium, the supporter rows are designed to be close together in order to create an intimidating atmosphere for opposing teams. A 2,700-ton canopy hangs over the seats, supported by four colossal concrete columns, one in each corner of the bowl. Wide openings at each corner allow the breeze to flow through the stadium, keeping temperatures significantly lower for fans during Texas’ infamous summers.

A large video board, LED ribbon boards and distributed sound systems offer fans an all-encompassing experience. Premium connectivity is enabled via the latest generation of Wi-Fi and hotspot technology.

The stadium is designed to run as smoothly as possible, down to features such as a cashless system and no bag rules. Austin FC also gives fans the ability to reserve parking ahead of time via a smartphone app. "Austin is a tech-forward town, and we created a Q2 Stadium experience that reflects this," said Austin FC President Andy Loughnane. "We’ve also leveraged a tech-forward approach to make every touchpoint at Q2 Stadium as convenient and efficient as possible for fans."

Beyond providing a world-class match-day experience for more than 20,000 fans in the urban core of Austin, Q2 Stadium aligns with city plans to grow a more compact, united, and sustainable city. Resilient design elements include indoor water use reduction, enhanced site water quality, and rainwater management, and optimal energy performance. Outside, the stadium gives back eight acres of open green space to the neighborhood that includes walking trails, community gathering space, and an outdoor amphitheater. Available for use year-round, the environmental spaces are perfect for unifying and strengthening the local community bond.

By electing to build the stadium on a brownfield site, Austin has transformed one of its underserved communities into an economic gem with local developments and businesses flourishing all around it. The addition of multiple flexible greenspaces is central to keeping the Verde city vibrant and full of life as part of the Club’s Vibrancy Through Sustainability initiative.

Q2 Stadium is perfectly positioned to reunite the community following a year of isolation in this 365-day destination that promotes inclusivity, creativity, and pride in one’s city.