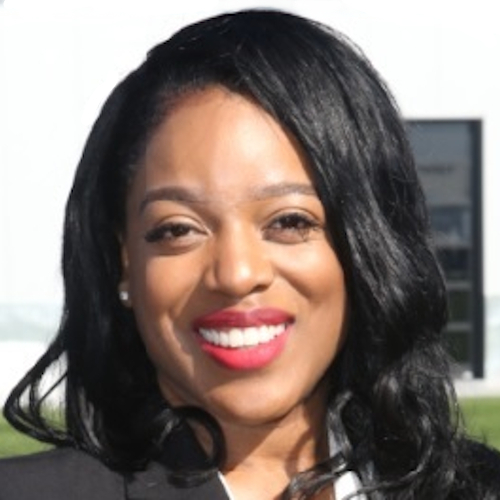 Qiava Martinez, a graduate of the University of California, Berkeley, is the Vice President of Premium Service and Guest Experience for The Las Vegas Raiders. In her role, Qiava is responsible for developing client strategies for suites, loges, clubs, and reserved seat holders with the team.

Qiava began her career with the then Oakland Raiders as an Inside Sales Ticket Representative in 2008. Qiava&rsquo;s passion and drive quickly accelerated her into the role of Director of Group Sales and Fundraising for three years where she developed and created the new group sales department. While overseeing the group department, Qiava&rsquo;s team was ranked top three in group sales among all NFL teams. Shortly after, Qiava was promoted to the Director of Premium Seating and Service. In two short years of being the Director of Premium Seating and Service, Qiava was able to create new programs and suite inventory which generated new revenue streams for the organization.

Prior to pursuing a career in the sport industry, Qiava was the publisher and owner of Culture Magazine. The magazine was an outlet used by teenage writers to express their life experiences. Qiava also worked as the Executive Director for the non-profit Youth Achieving Destiny.

One of nine siblings, Qiava comes from a football family. Her father, Willie Harper played in the National Football League for 13 years (11 of those years were with the San Francisco 49ers). Her brother Matthew Harper is the Defensive Backs Coach for the San Francisco 49ers. Prior to the 49ers, he was on the coaching staff for the Philadelphia Eagles and was a part of the 2018 Super Bowl winning team. Her youngest brother, Josh Harper, was signed as an undrafted free agent by The Oakland Raiders in 2015. Qiava resides in Henderson, NV with her husband Jonathan and daughter Harper.