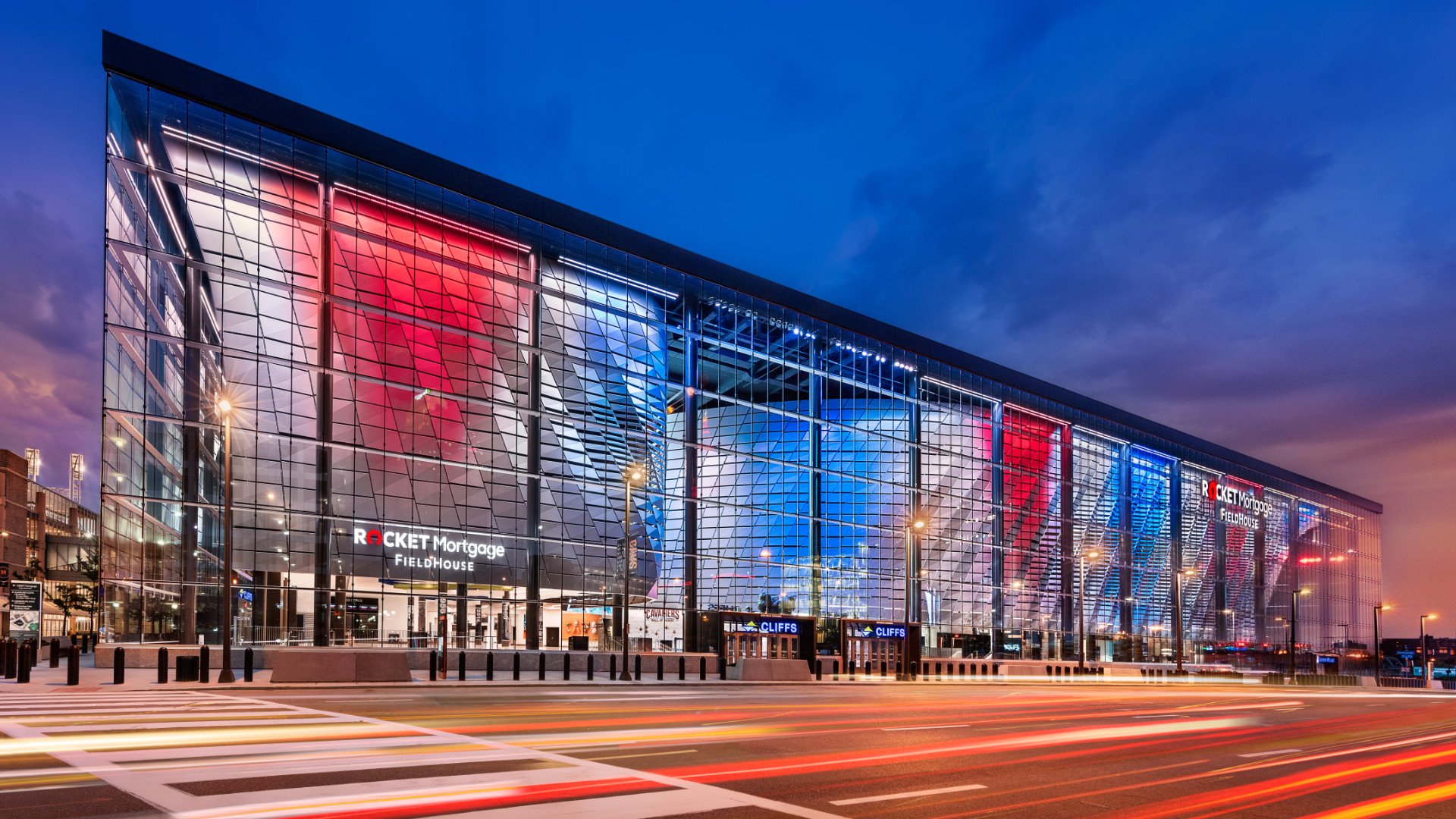 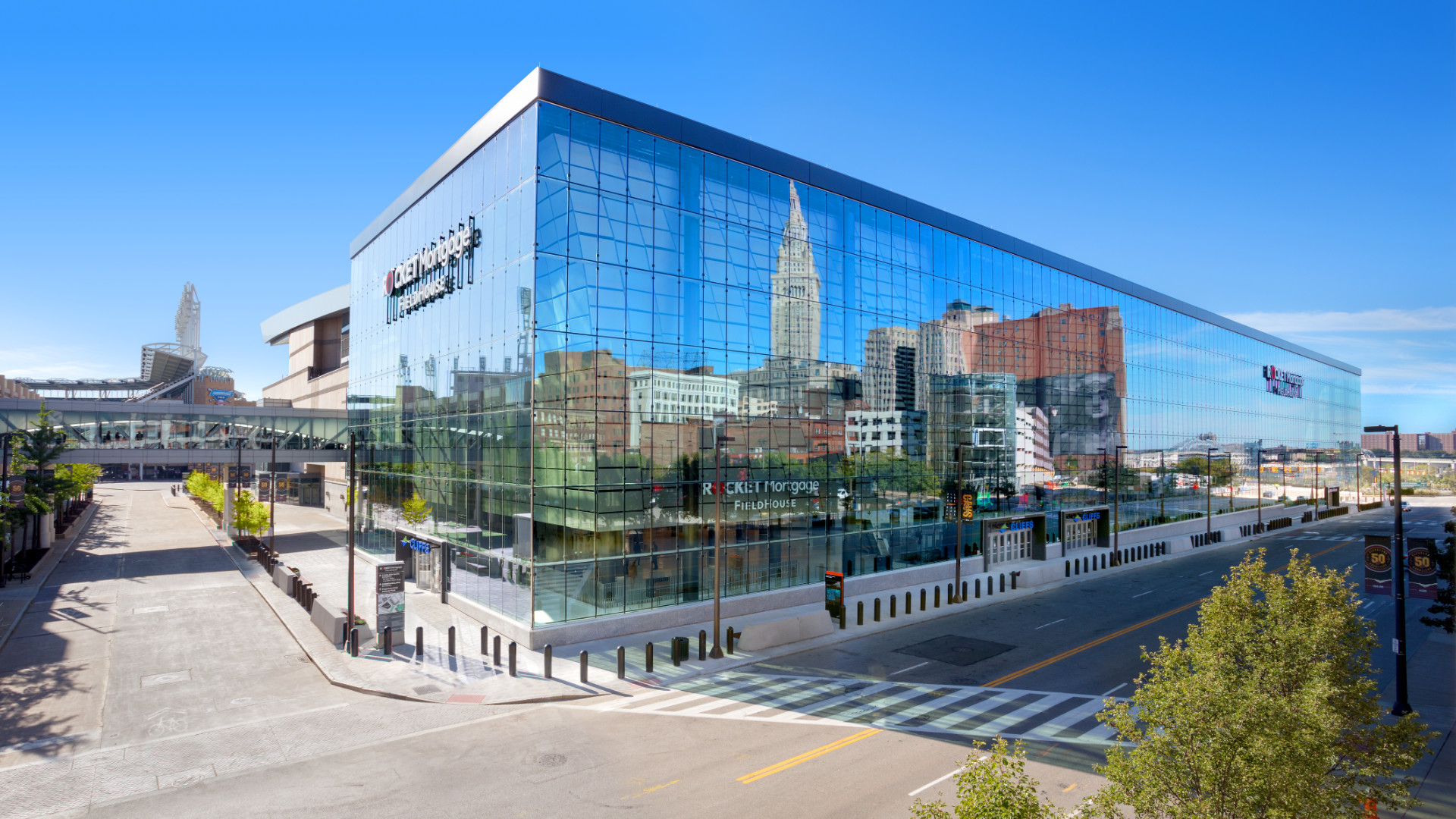 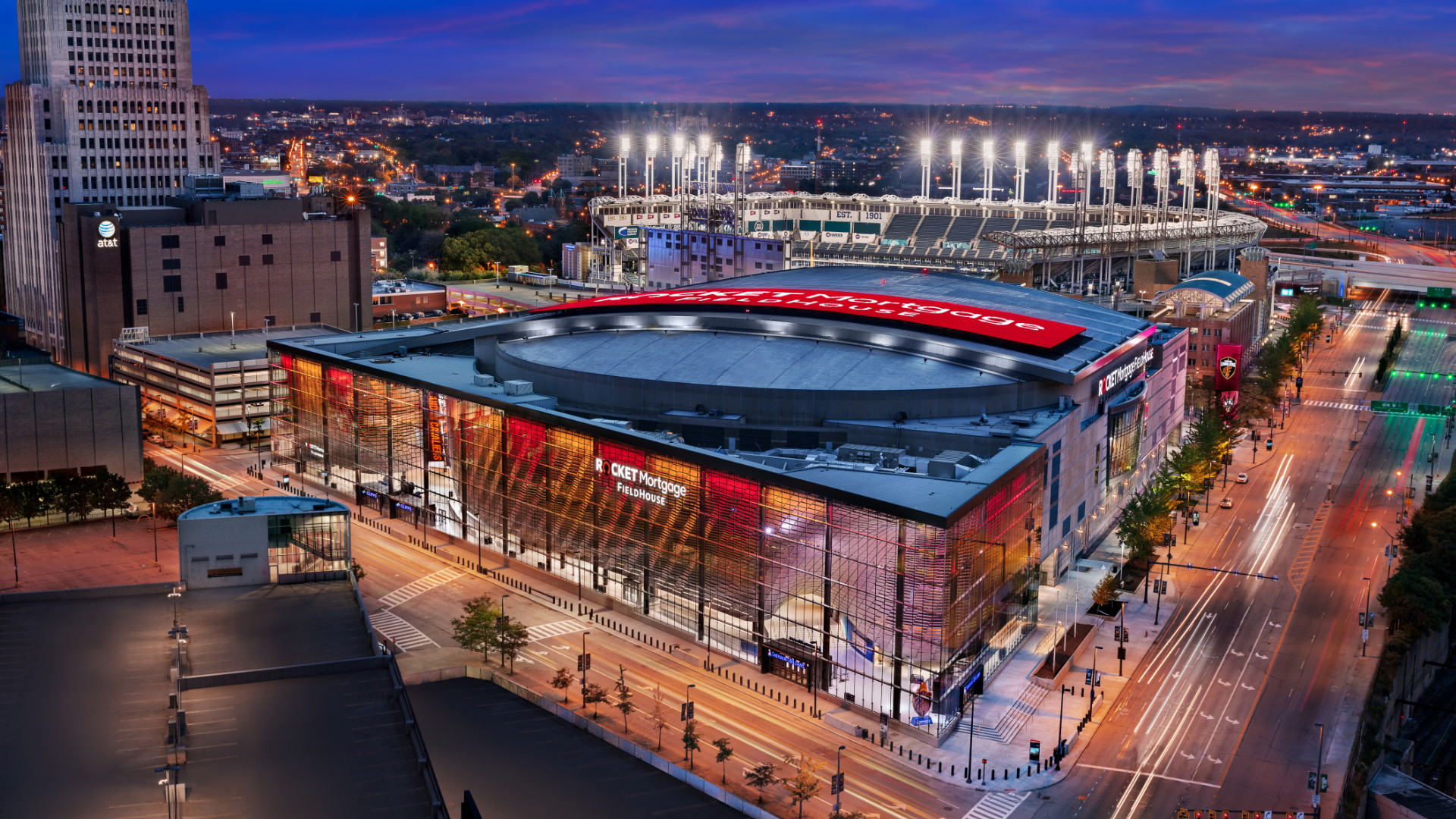 In September 2019, the new Rocket Mortgage FieldHouse (RMFH) opened in Cleveland to glowing reviews. The state-of-the-art venue, home to the NBA’s Cleveland Cavaliers, the AHL’s Cleveland Monsters and hundreds of concerts and events, was 26 years in the making. Over a 20-month period, the FieldHouse, which originally opened in 1994, underwent a Transformation that, in essence, created a brand new facility. Almost every inch of the FieldHouse was touched during the Transformation and the result is a stunning new venue that instantly established an iconic, new presence in downtown Cleveland. Prior to the Transformation, RMFH was the oldest venue in the NBA that had not undergone a major renovation or been replaced all together.

The jaw-dropping impressiveness of RMFH begins before fans enter the building through the addition of the North Atrium, a welcoming eight-story front door to RMFH, which added 42,530 sf to the facility. The exterior wall is made of 1,475 panes of glass, giving RMFH an open visibility that not only makes it more connected to the city, but also makes it feel like an extension of the city. It has changed the visual landscape of downtown and become one of the city’s architectural highlights.

One of the most striking elements in the North Atrium is the 77,110 sf of brushed aluminum that forms a massive, winding curtain wall. It serves as a backdrop to reflect the personality of each event through the more than 1,500 color combinations of light that can be directed onto it. One night, the wall may be lit up in wine and gold for a Cavs game, while the next, it could be in red, white and blue to honor America’s heroes. Connecting two sides of the curtain wall is the Canyon, a massive, four-story hourglass shaped LED video board that contains more than 8.3 million pixels.

While the Transformation project literally transformed the entire venue - outside to inside - we have focused on the exterior renovation for the purposes of this submission into the “Overall Architecture” category.

“We believe the Rocket Mortgage FieldHouse Transformation is the most holistic renovation of a major professional arena ever executed and will set the standard going forward,” said Cleveland Cavaliers and Rocket Mortgage FieldHouse CEO, Len Komoroski. “Both the interior and exterior have been completely transformed. Unless you knew otherwise in advance, you would think it’s a brand-new venue.”