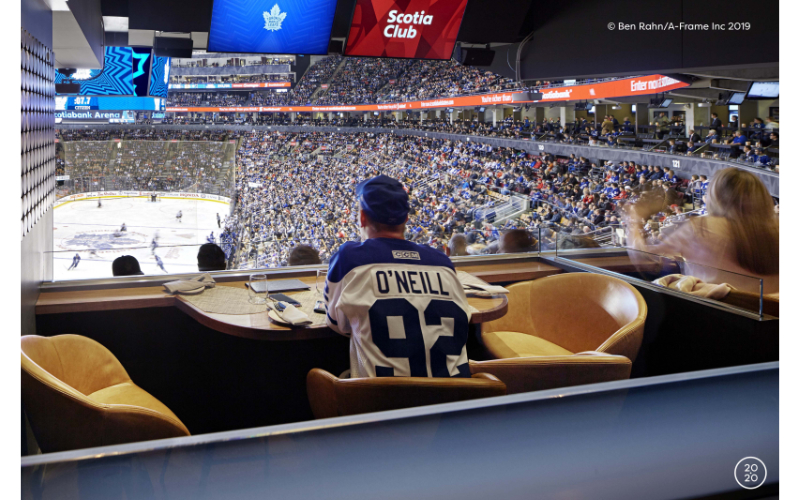 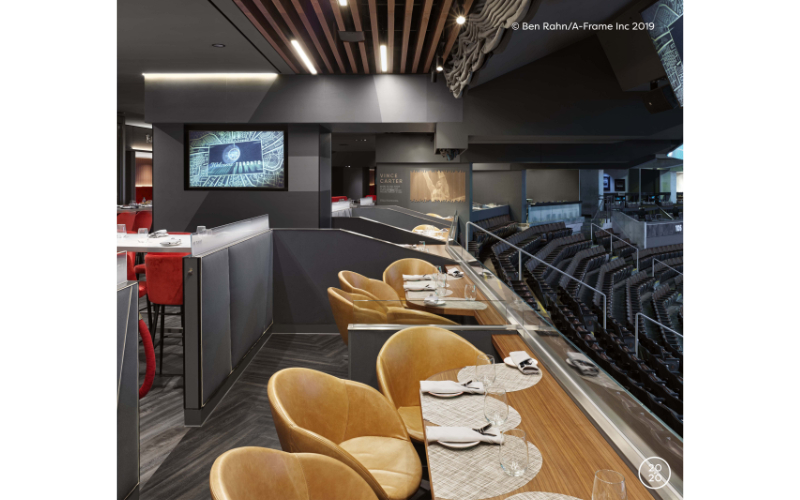 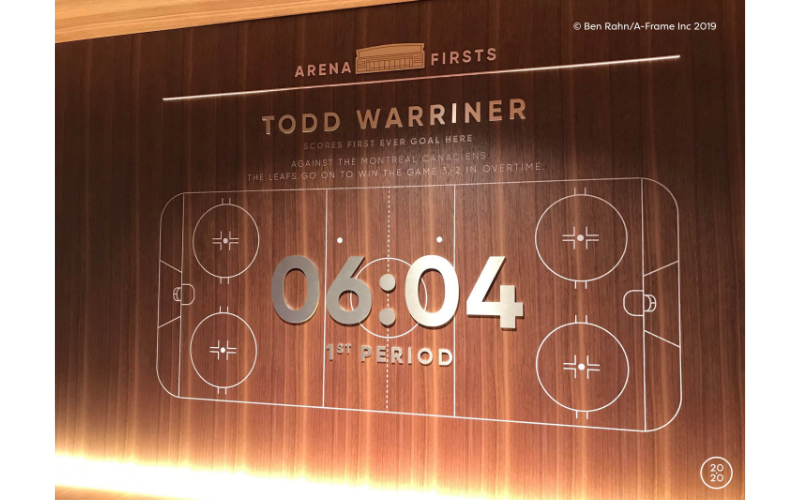 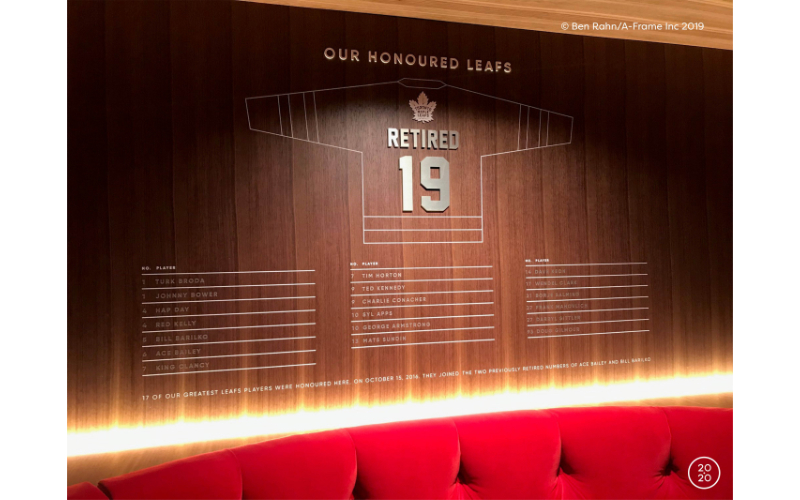 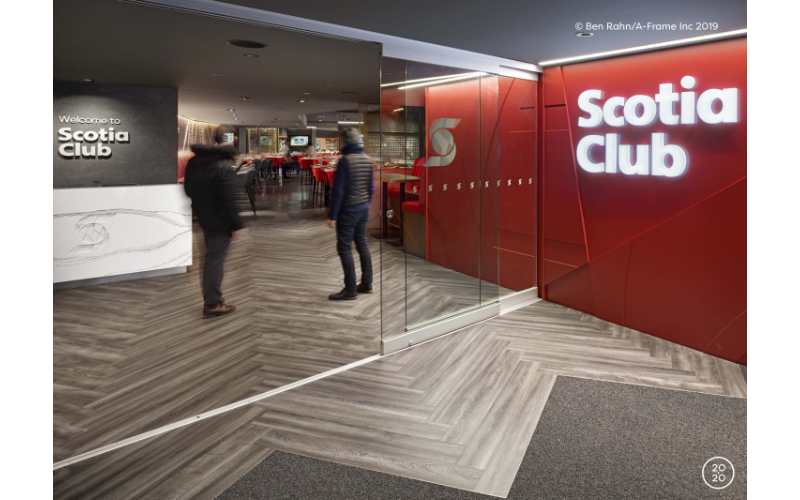 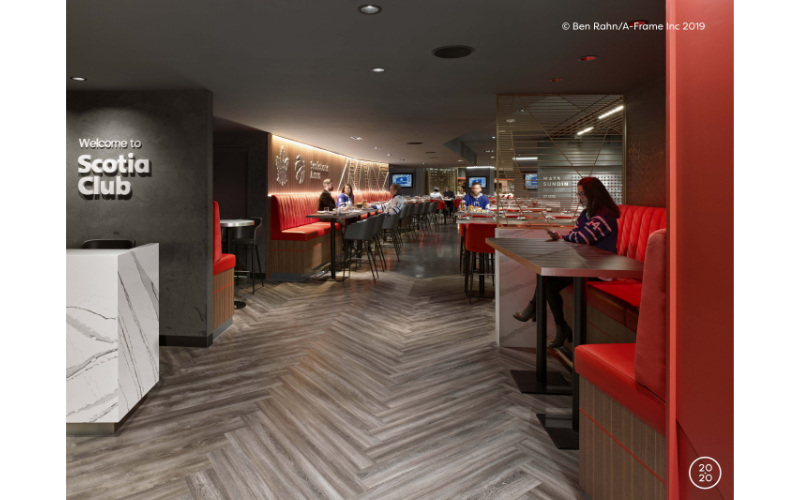 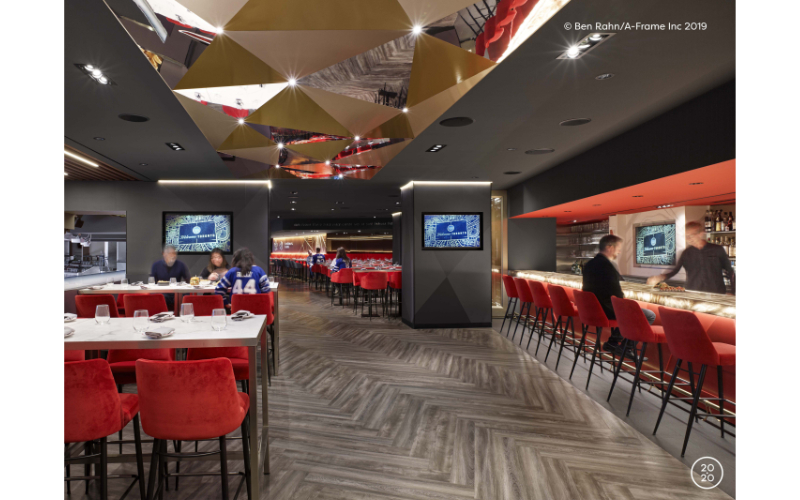 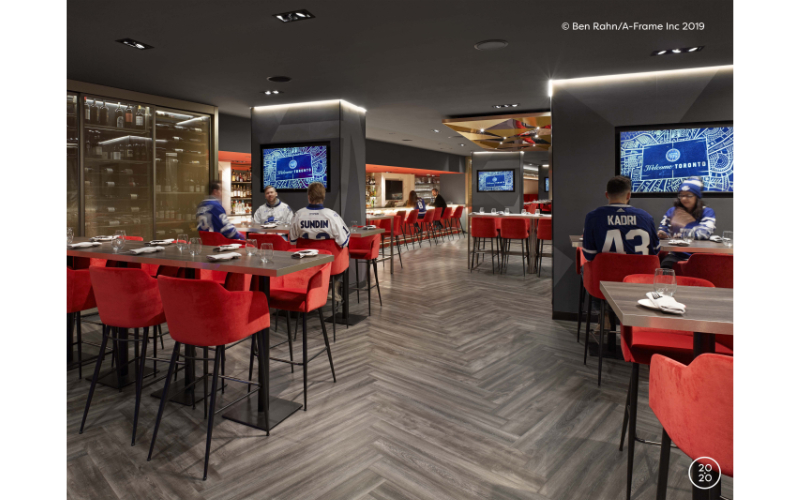 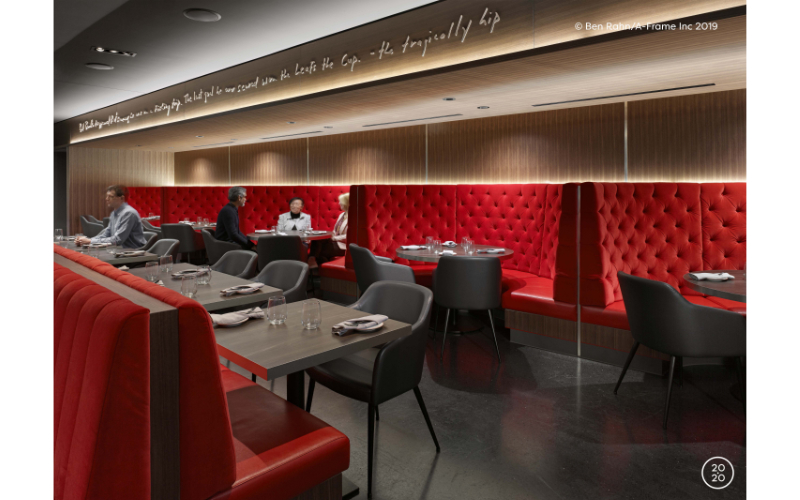 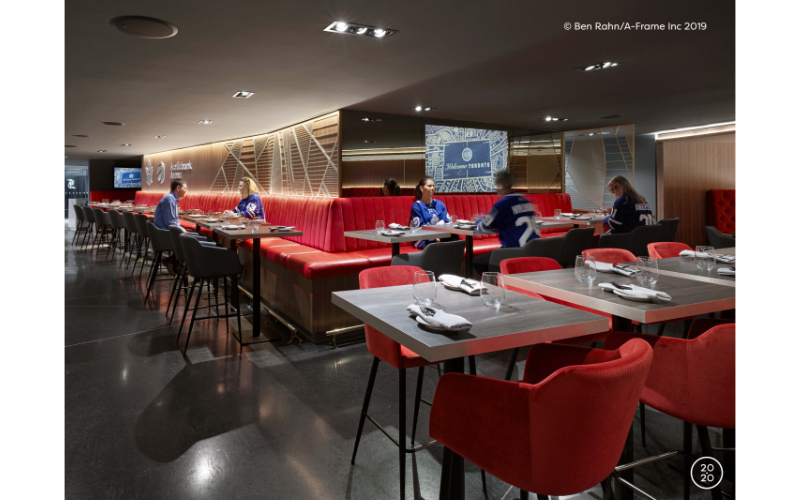 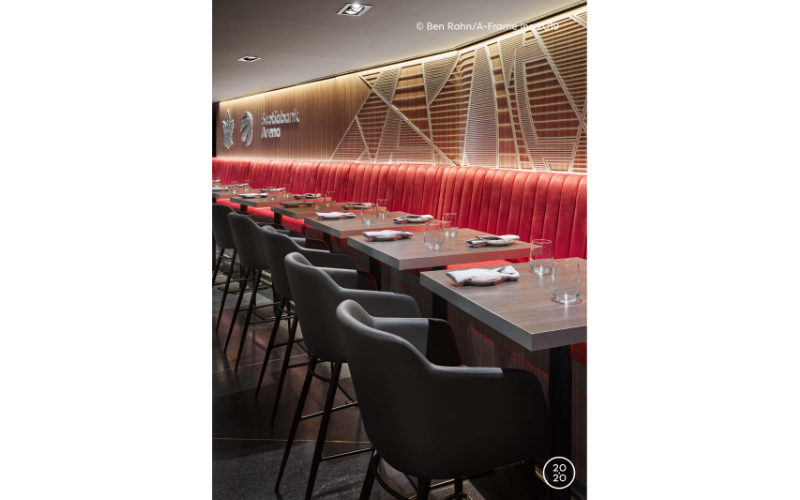 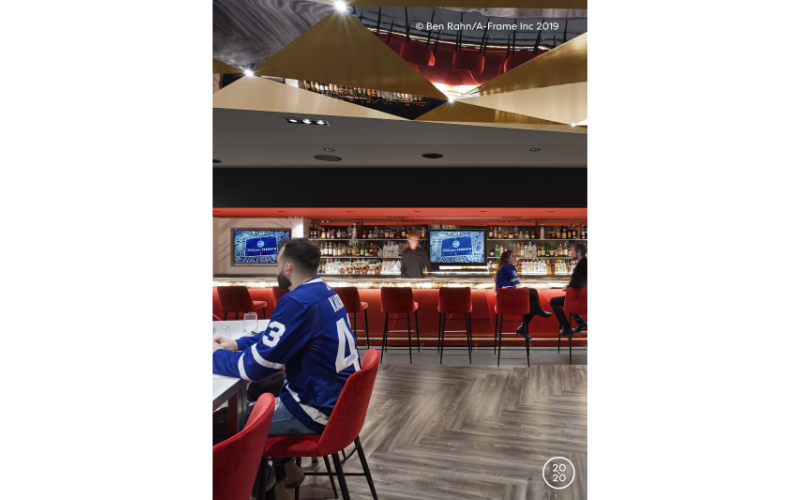 When Toronto’s Maple Leaf Sports and Entertainment group announced its 20-year, $800 million sponsorship deal with Scotiabank in August 2017, the world took notice. It was the biggest ever deal of its kind. An icon in world entertainment was about to be reborn. The dynamic rebrand of Air Canada Centre to Scotiabank Arena was set in motion, with the name change revealed in July 2018.

20.20’s role in this multi-partner exercise was to ensure Scotiabank wasn’t just applied as a new logo above the door, but that the new lead sponsor was integral to the building’s very fabric, the place where fans can literally touch the benefit such great support affords.

ScotiaClub is a four-plus star space with laid back premium dining, stylish loge suites (upgraded from the previous rail-seat provision), and fan-focused details throughout. Storytelling in the space celebrates Leafs, Raptors, and Scotiabank moments, which have set pulses racing in the venue past and present.

Premium level fans also have the opportunity to experience an exclusive concourse known as The ScotiaClub Gallery. Overlooking the buzz of the arena thoroughfares, guests have access to VIP facilities without straying too far from the action.

The new brand logo created by OneMethod + Bensimon Byrne was then translated into an experiential palette by 20.20 as part of the 20-year refurbishment masterplan to ensure the true identity of Scotiabank Arena seamlessly transitioned from digital to real-world interactions, from the logo to the door handle. This sponsorship activation is truly end-to-end, from the look to the actual feel.

As experience concept designers working with the brand ambition set by Bensimon Bryne, 20.20 worked with Gensler and shop-fit team Govan Brown to ensure the new lead sponsor was physically and permanently at the core of MLSE’s mission to bring the world to its feet.