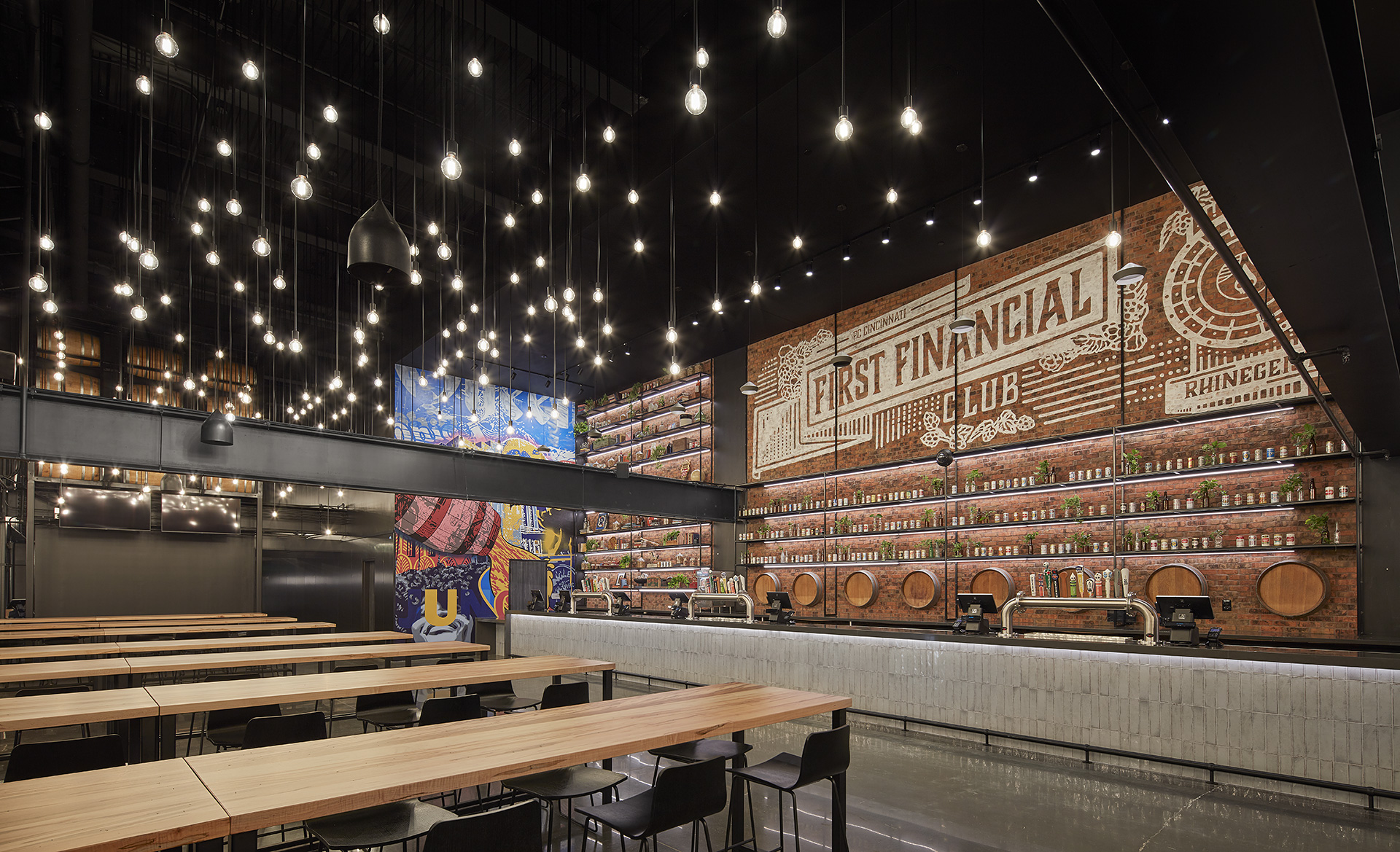 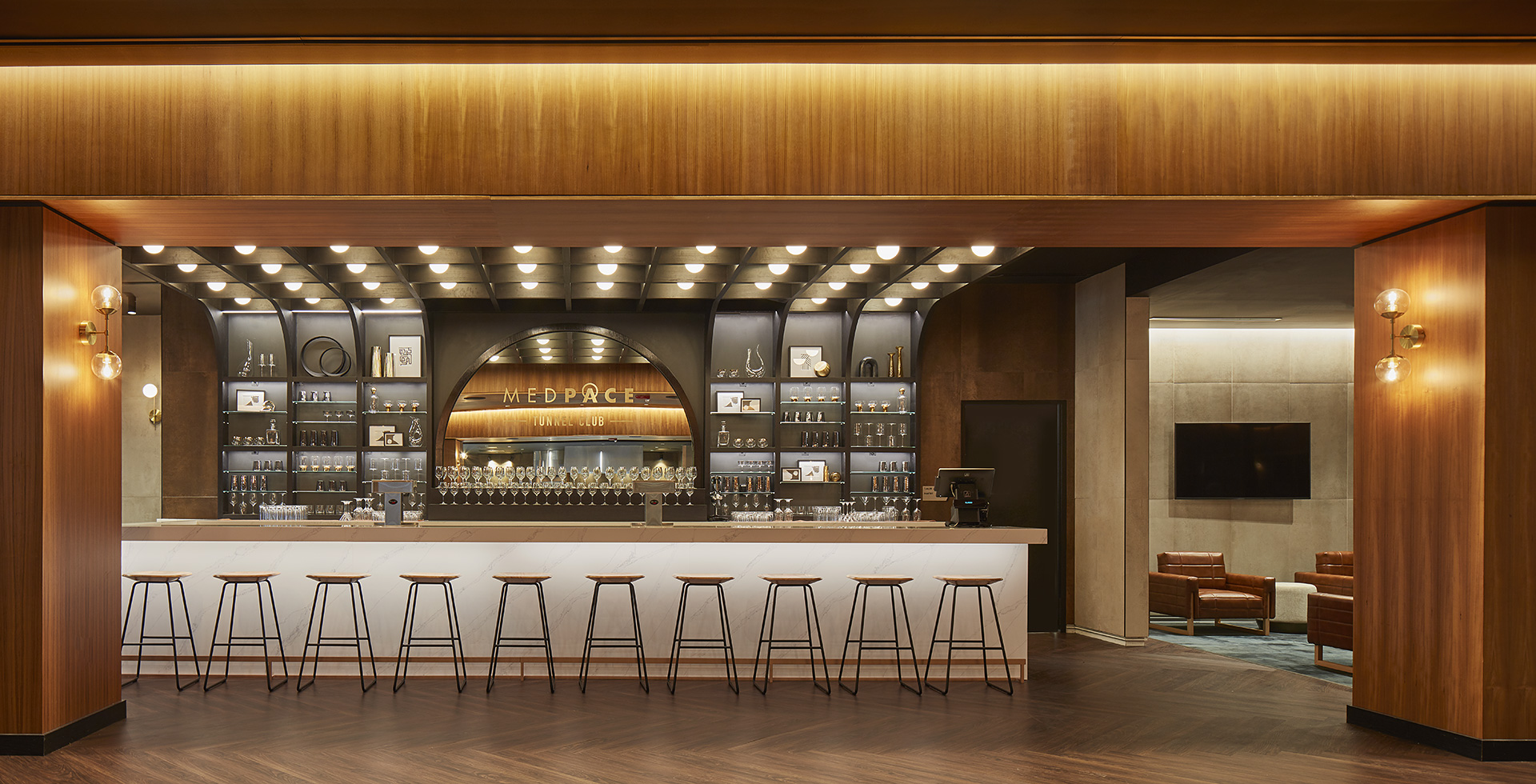 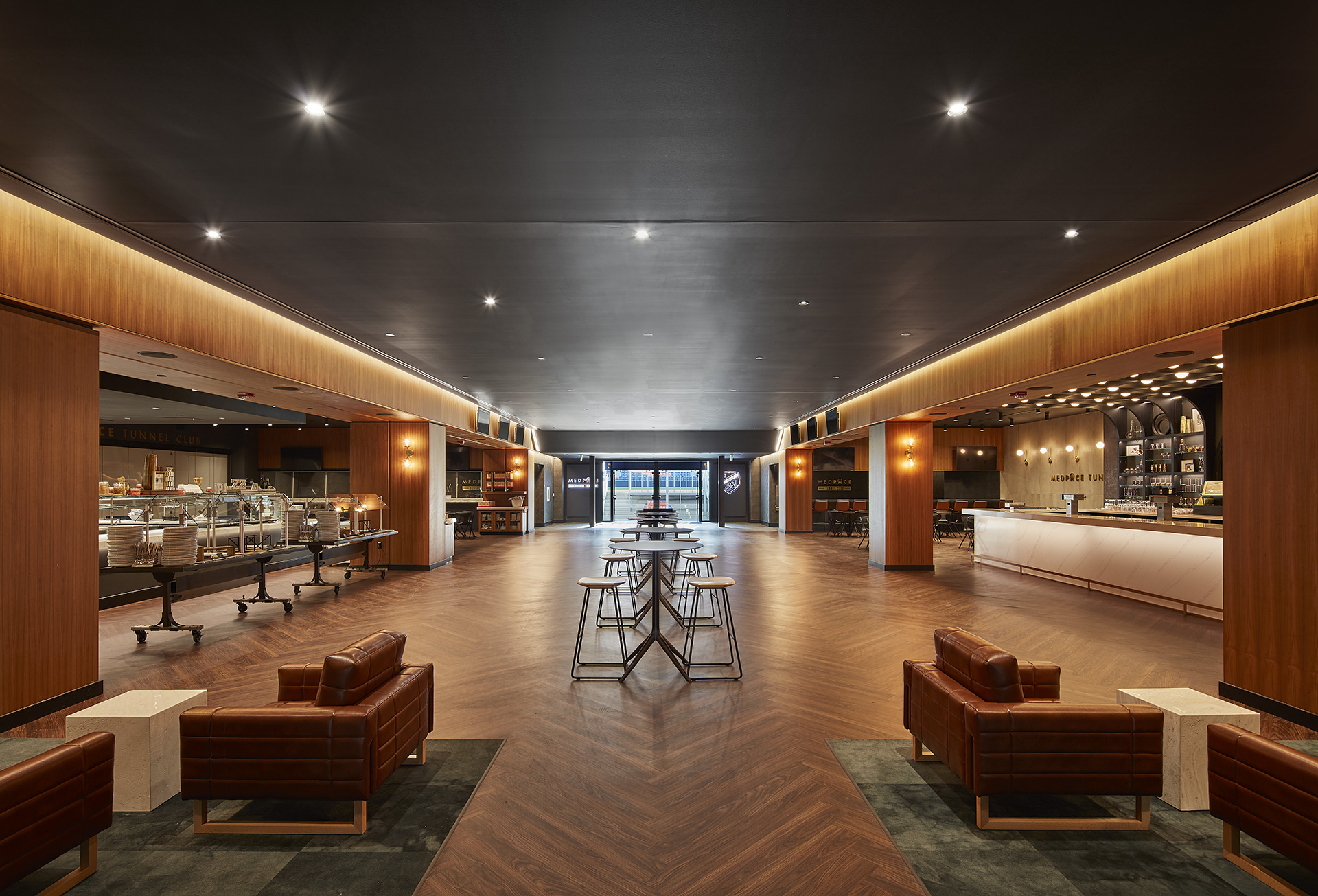 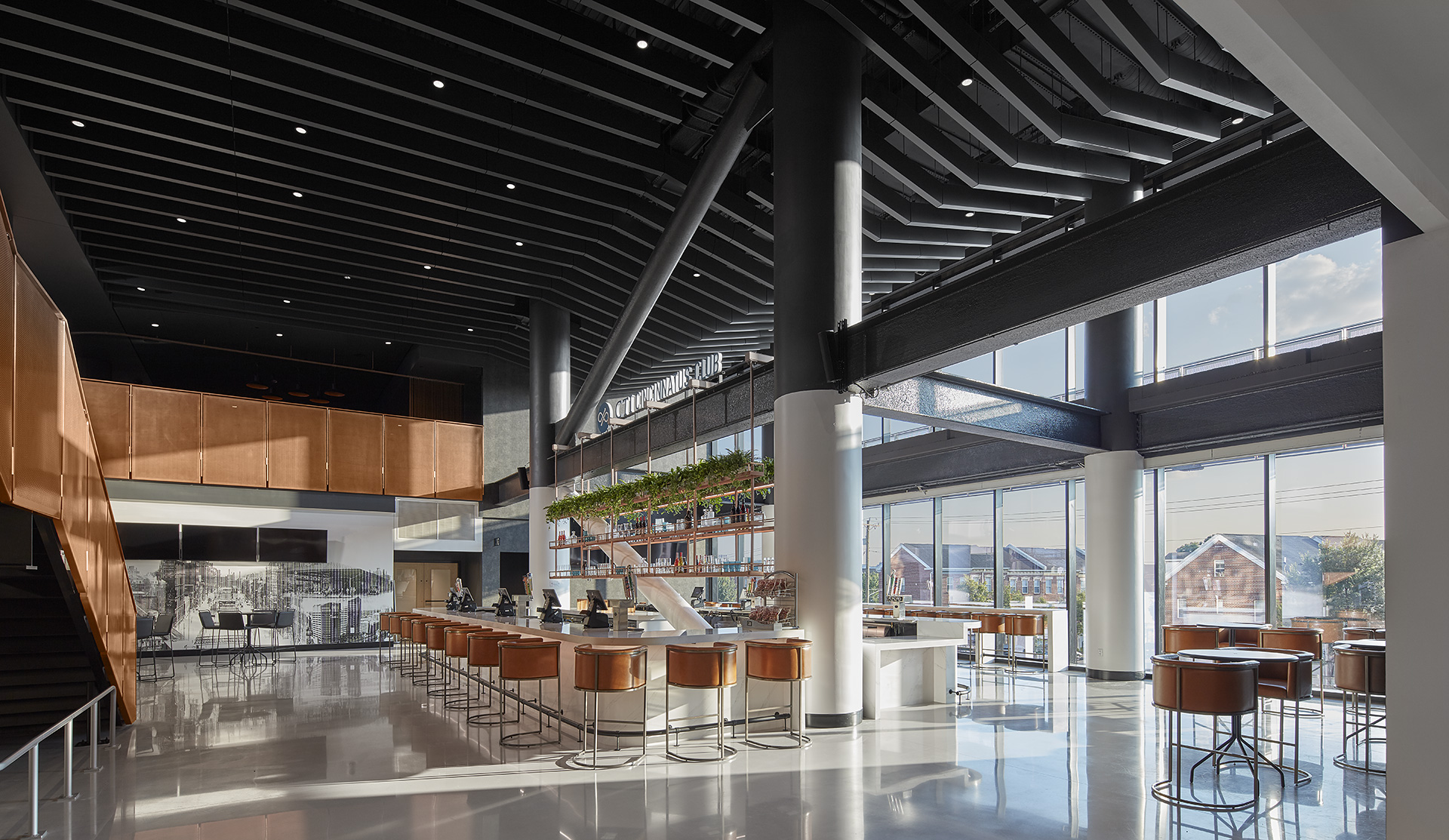 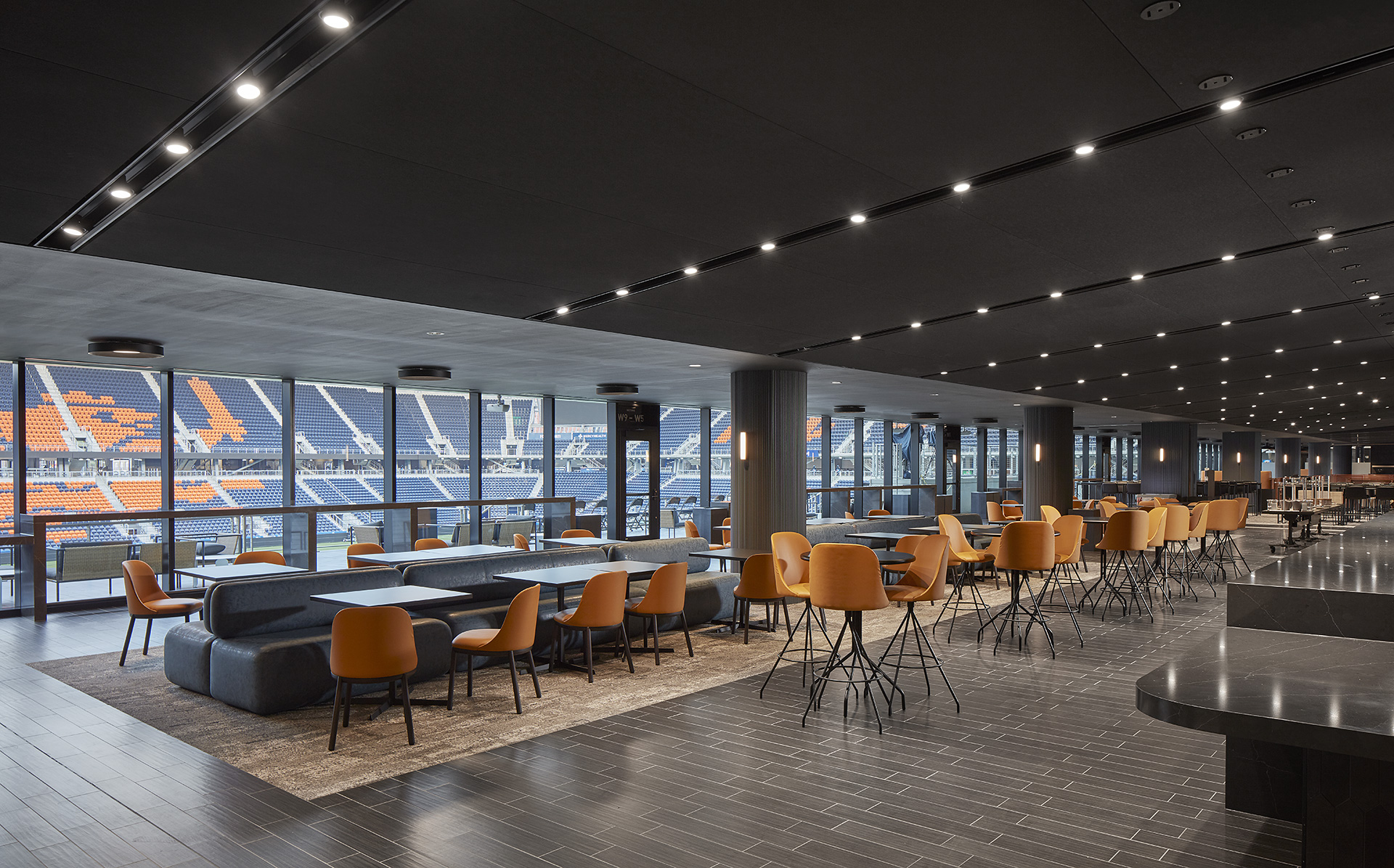 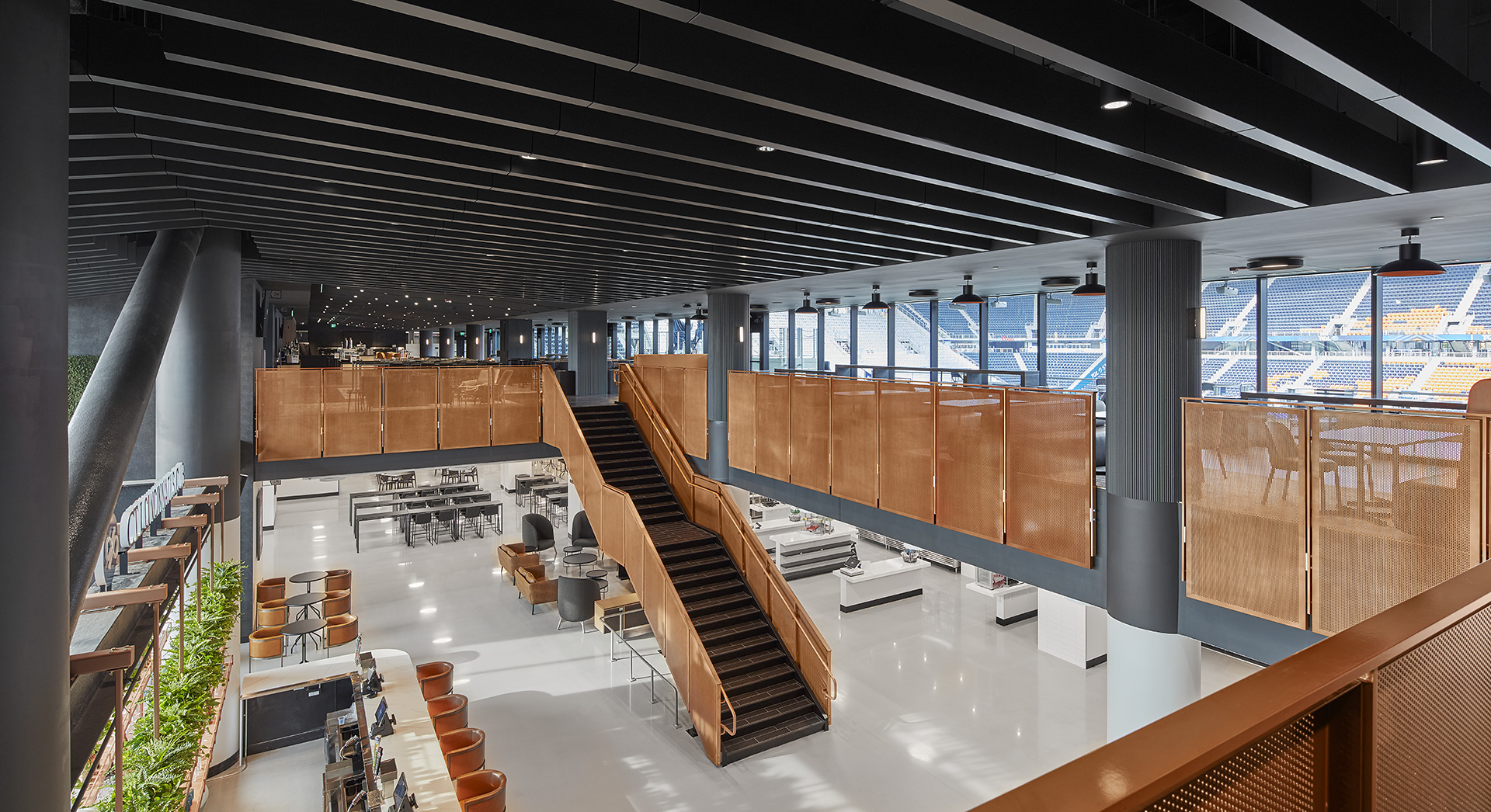 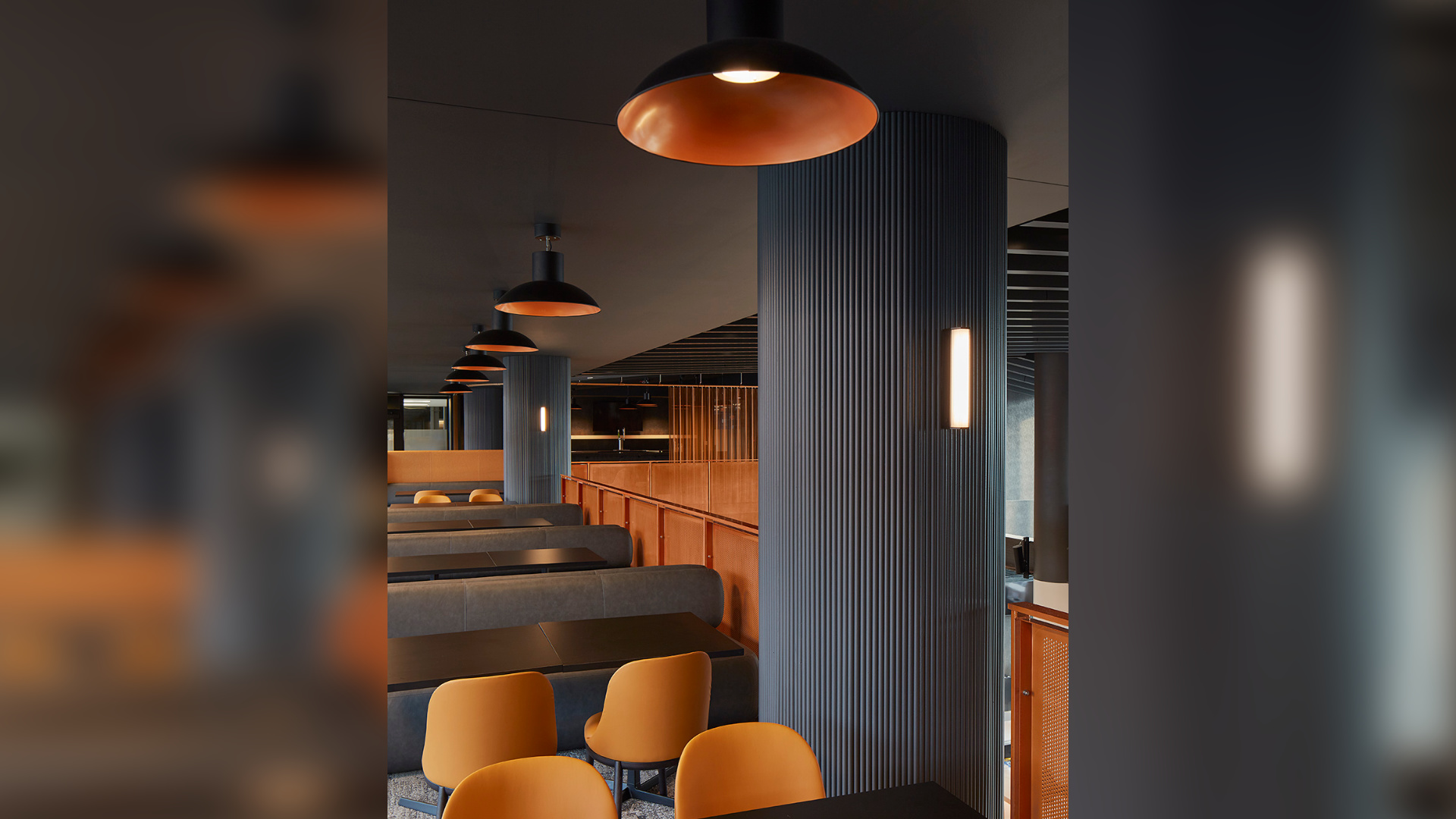 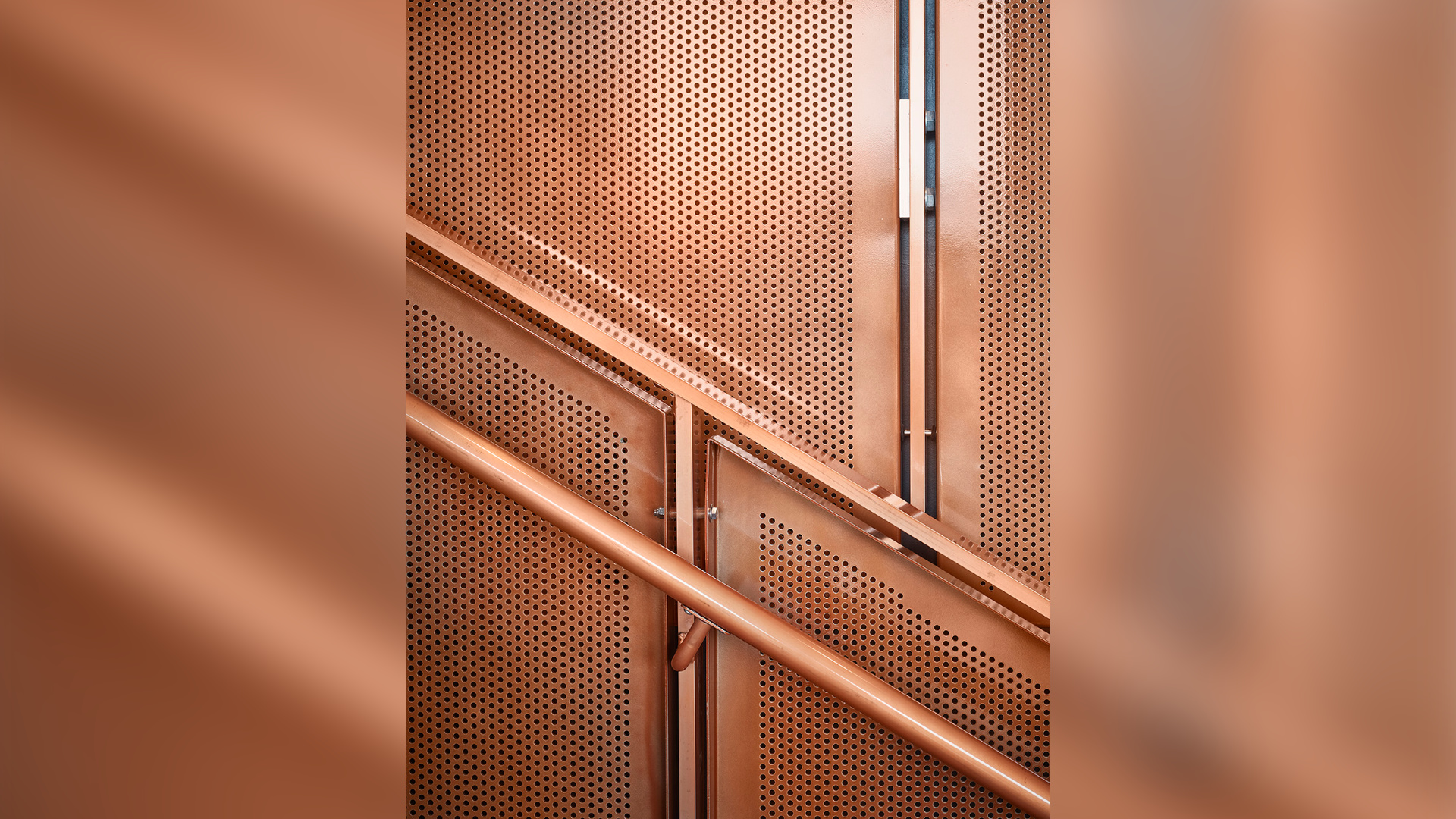 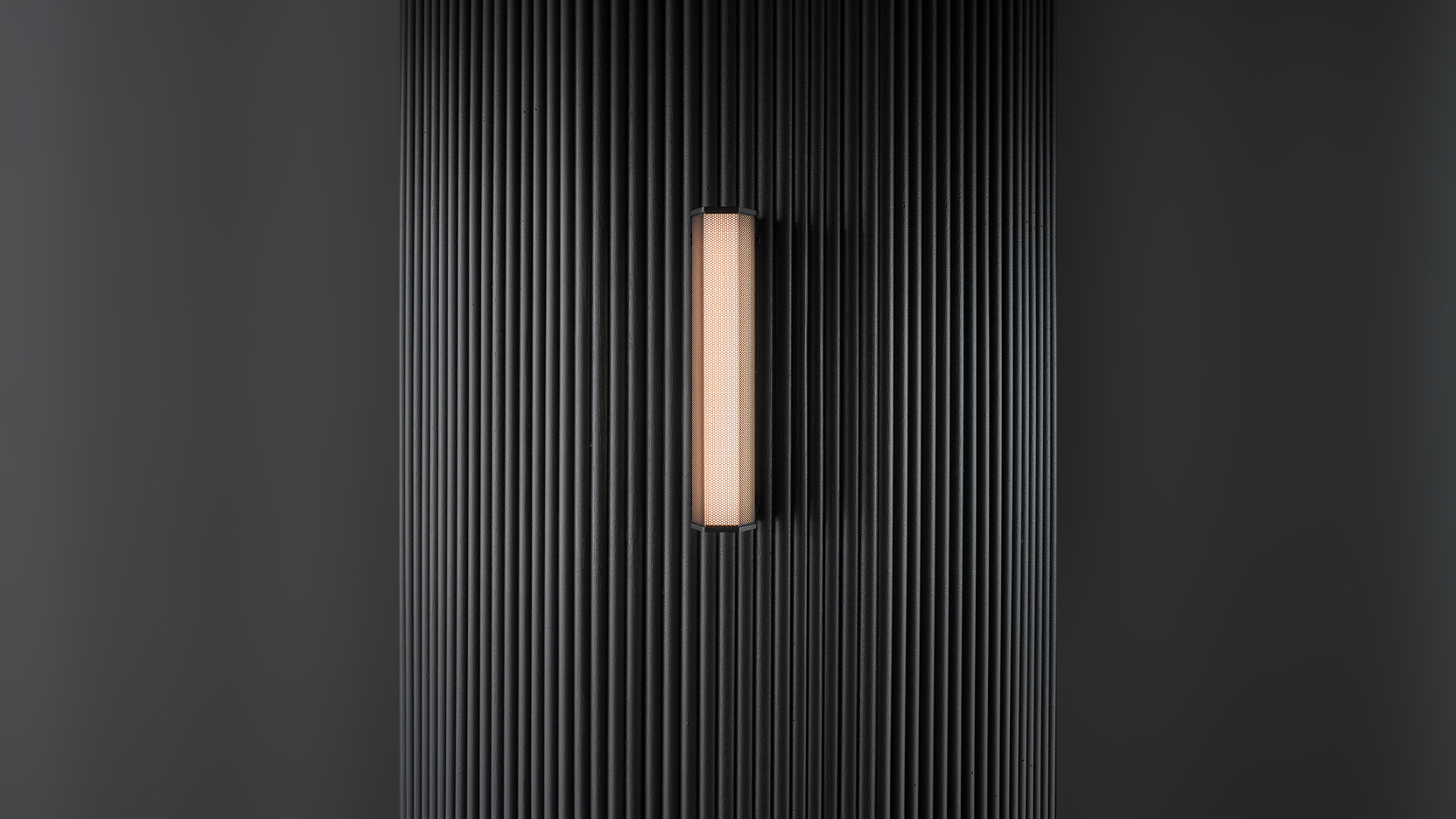 The stadium’s premium spaces, including four clubs, reflect the city’s rich architectural heritage, each in their own unique way.

Ownership gave the design team freedom to explore more original ways of expressing the team color palette of primary orange and blue. Copper and brass materials take the place of orange, creating warm tones and paying respect to the city’s industrial history in the process. The thematic overlay of the Cincinnatus Club, named after the city’s Roman emperor namesake, exemplifies this approach.

Harkening to Cincinnati as the “City of Seven Hills,” the Cincinnatus Club is vertically tied to the Pitch View Club, with a double height bar that boasts extraordinary views out to the hills of Cincinnati and Union Terminal.

The Pitch View Club incorporates floor-to-ceiling windows spanning the length of the space, providing spectacular sightlines to field action. The indoor dining and lounge area extends to an outdoor seating and viewing area, coupling a premium experience with the sights, sounds and energy of seeing the action from the stands.

The Tunnel Club uses rich materials such as Teak wood and warm tones reminiscent of institutions like Cincinnati Music Hall. The bespoke back shelving of the club’s bar was inspired by the jaw-dropping five-story stacks of the Old Cincinnati Library.

Over-The-Rhine and the city’s brewing traditions inspired the feel of the First Financial Club, a fresh take on a beer hall. A massive two-story, 1,000-square-foot brick feature wall anchors the space, inspired by the labyrinth of 19th-century beer vaults that lies beneath the city.