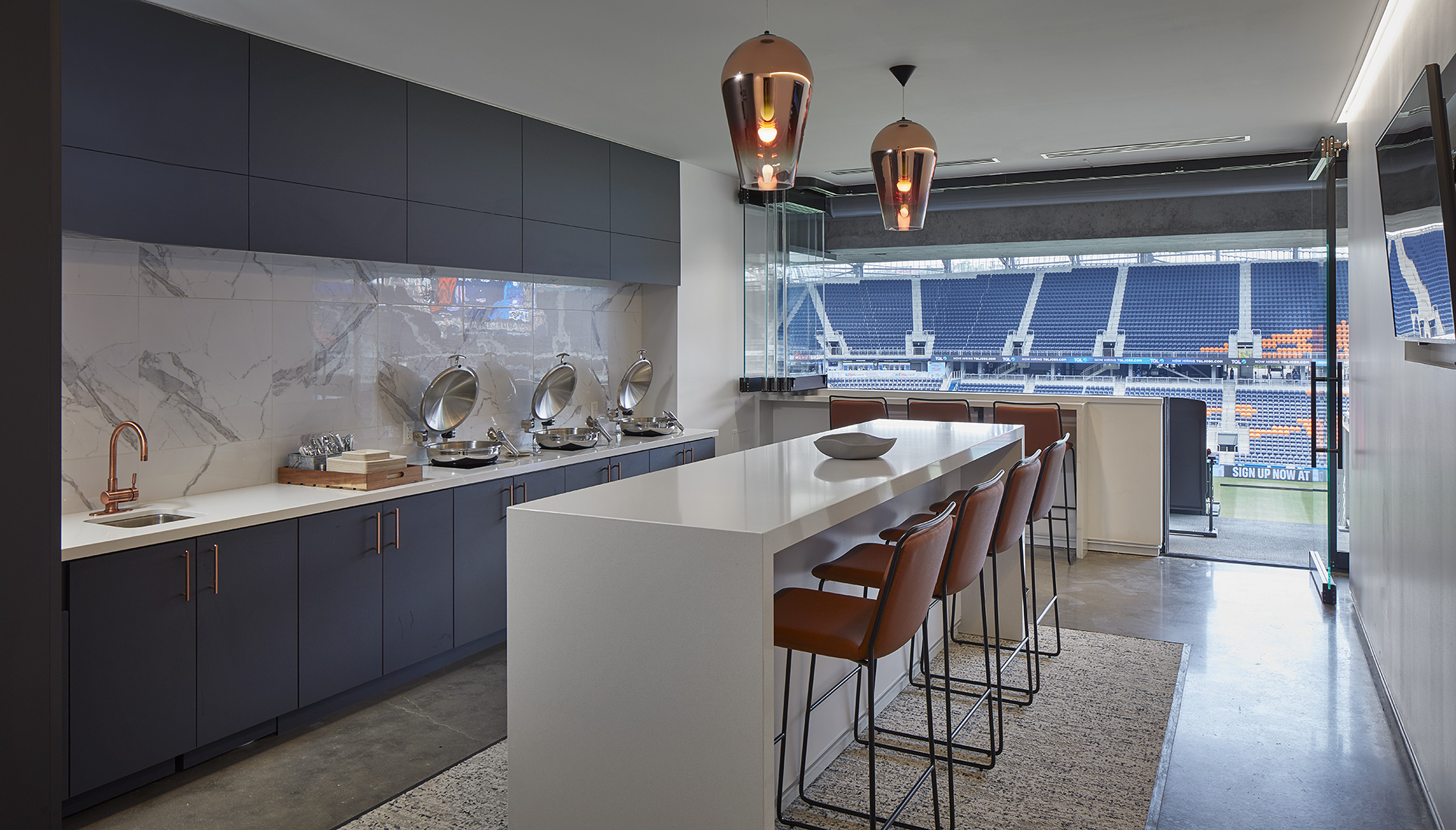 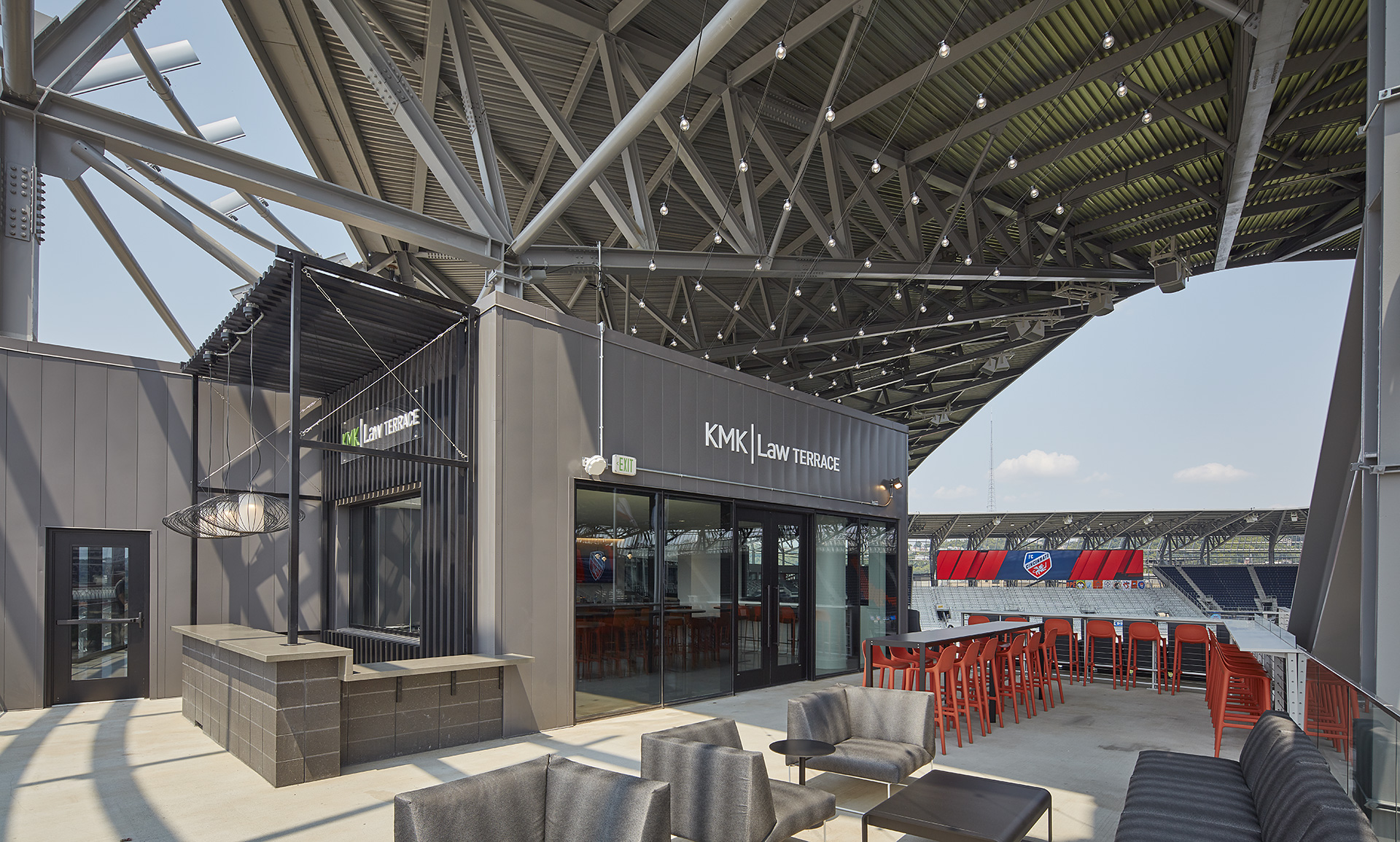 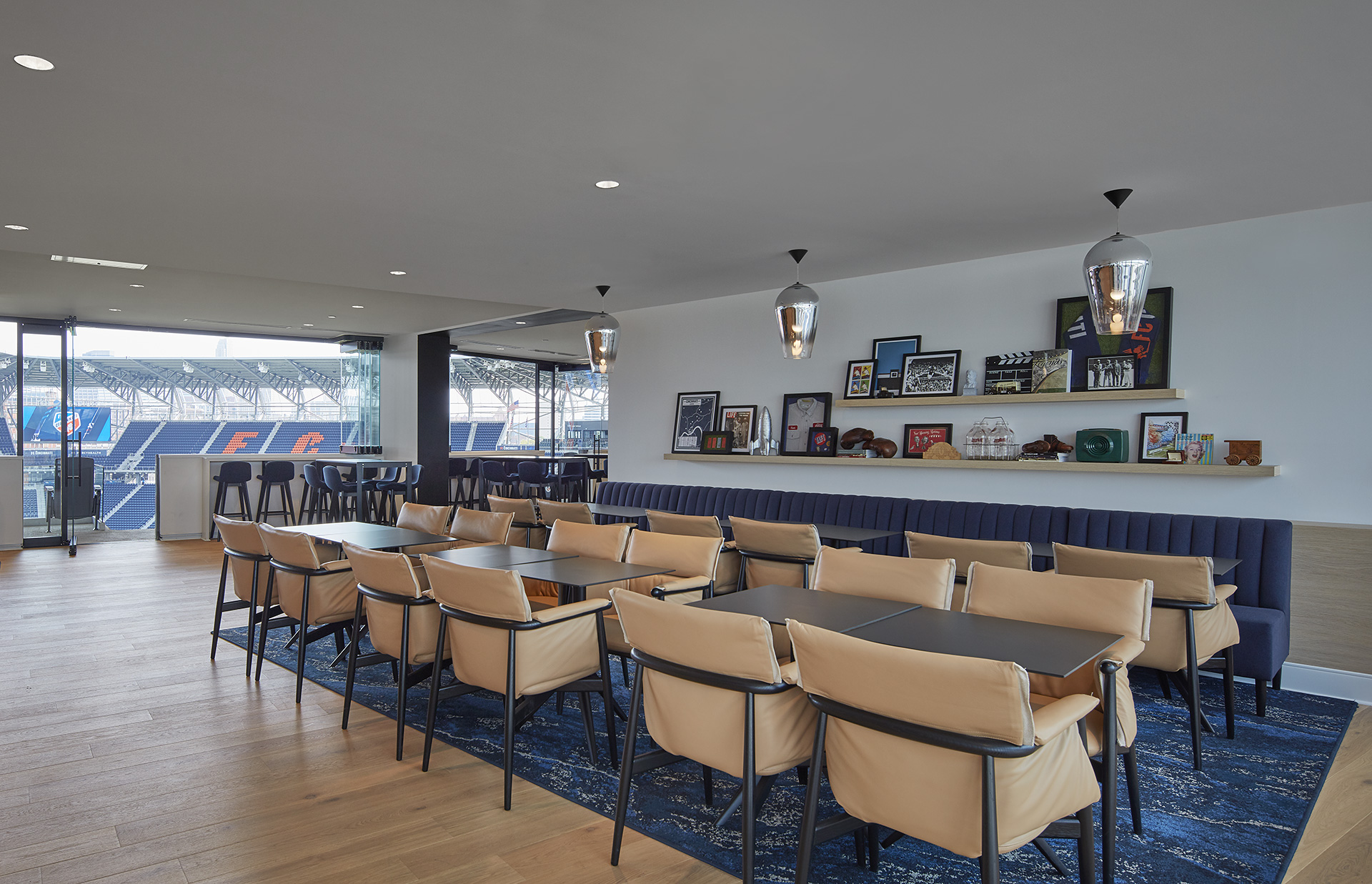 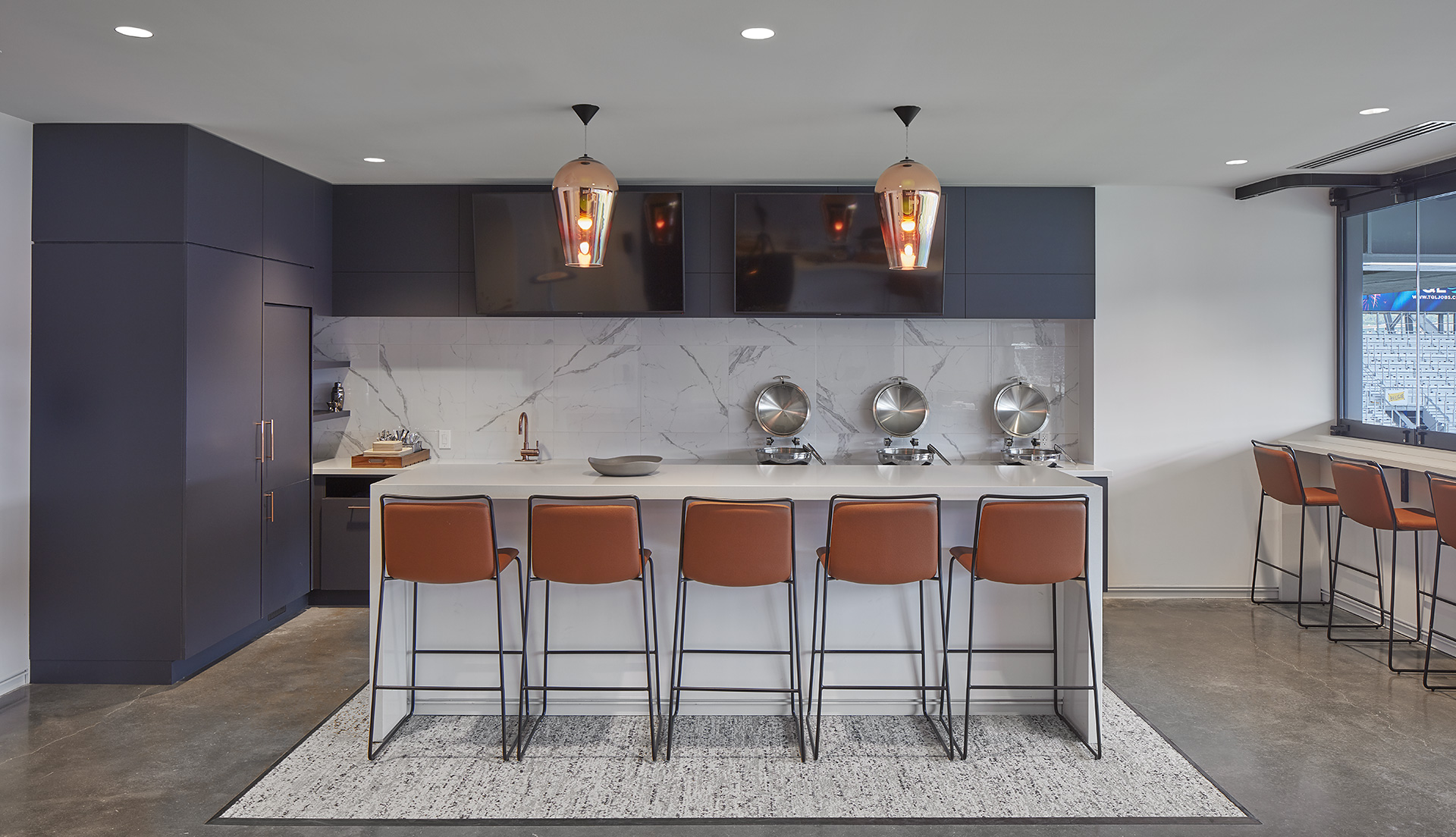 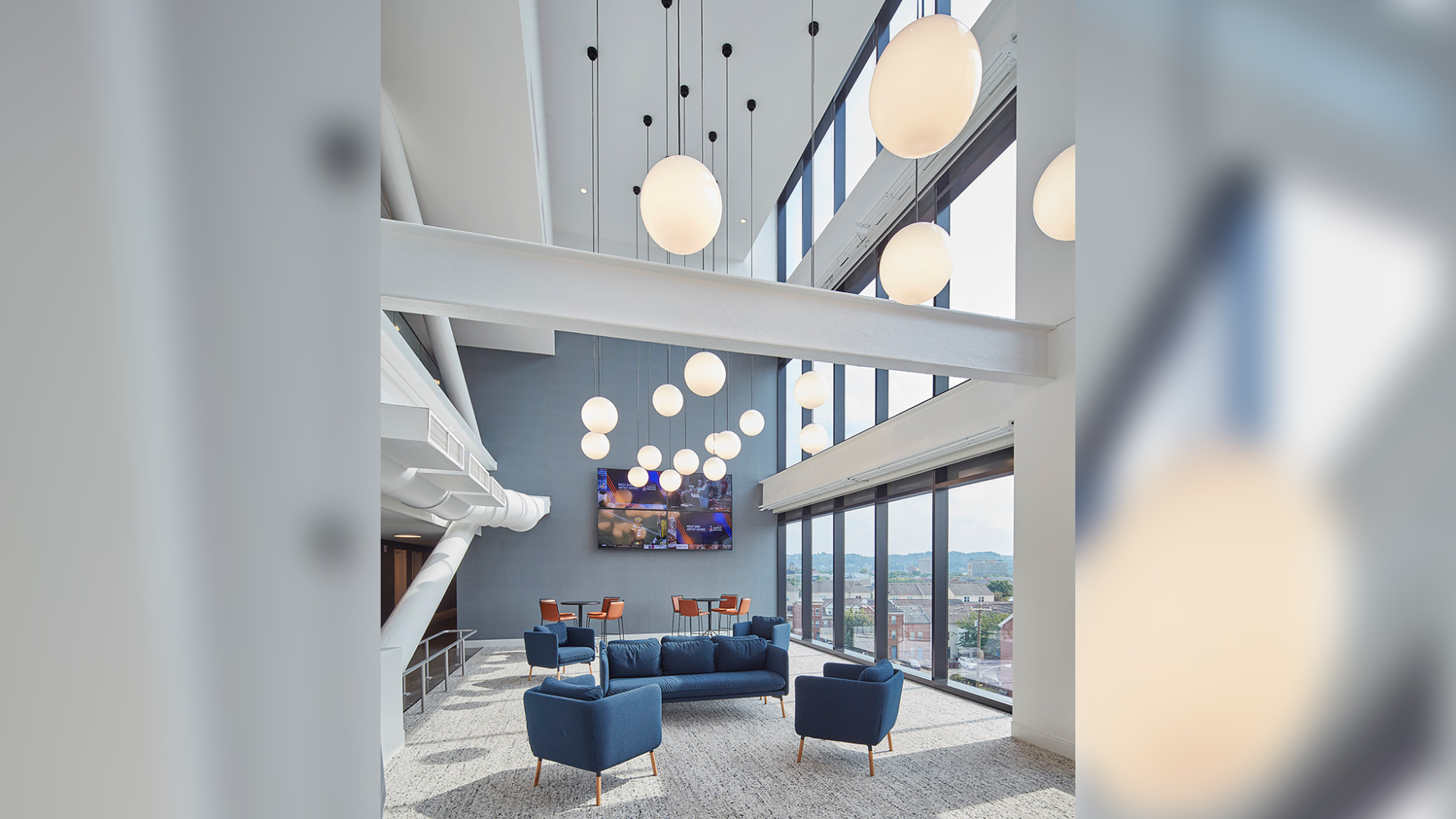 The city’s rich architectural heritage is reflected in the private suites and party suites, from furniture to finishes and hardware.

Copper and brass materials take the place of orange, creating warm tones and paying respect to the city’s industrial history in the process. In place of the team’s blue, a more muted dark navy features heavily in spaces such as suites and the seats throughout the bowl.

The private suites employ sleek, modern finishes with accent built-ins in the team’s muted blue. Orange bar-height chairs and brass light fixtures bring the other half of FC Cincinnati’s brand into the spaces, while communal areas throughout the suite level employ natural light, inviting vignettes and large windows to create destinations, not merely a place to pass through.

Two party suites in the stadium allow for larger gatherings. The indoor portion features a sizable dining area, employing blue banquette seating on one side of the space. Bar-height seating options are also available, and the entire space is filled with design features that hearken to the history and influence of Cincinnati.

While still opening to the customary rows of seats in front of the suite, the party suites also feature a terrace, which includes additional lounge and bar-height seating following the color scheme of muted tones with orange accents. Separating the indoor and outdoor spaces are wide sliding glass doors, allowing everyone to catch a glimpse of the action.