TQL Stadium Wears the Crown in the Queen City

In this ALSD Member Highlight, meet Jeff Smith, Senior Vice President, Sales & Ticketing for FC Cincinnati, who gives a pitch perfect account on the making of the MLS team and the new TQL Stadium. 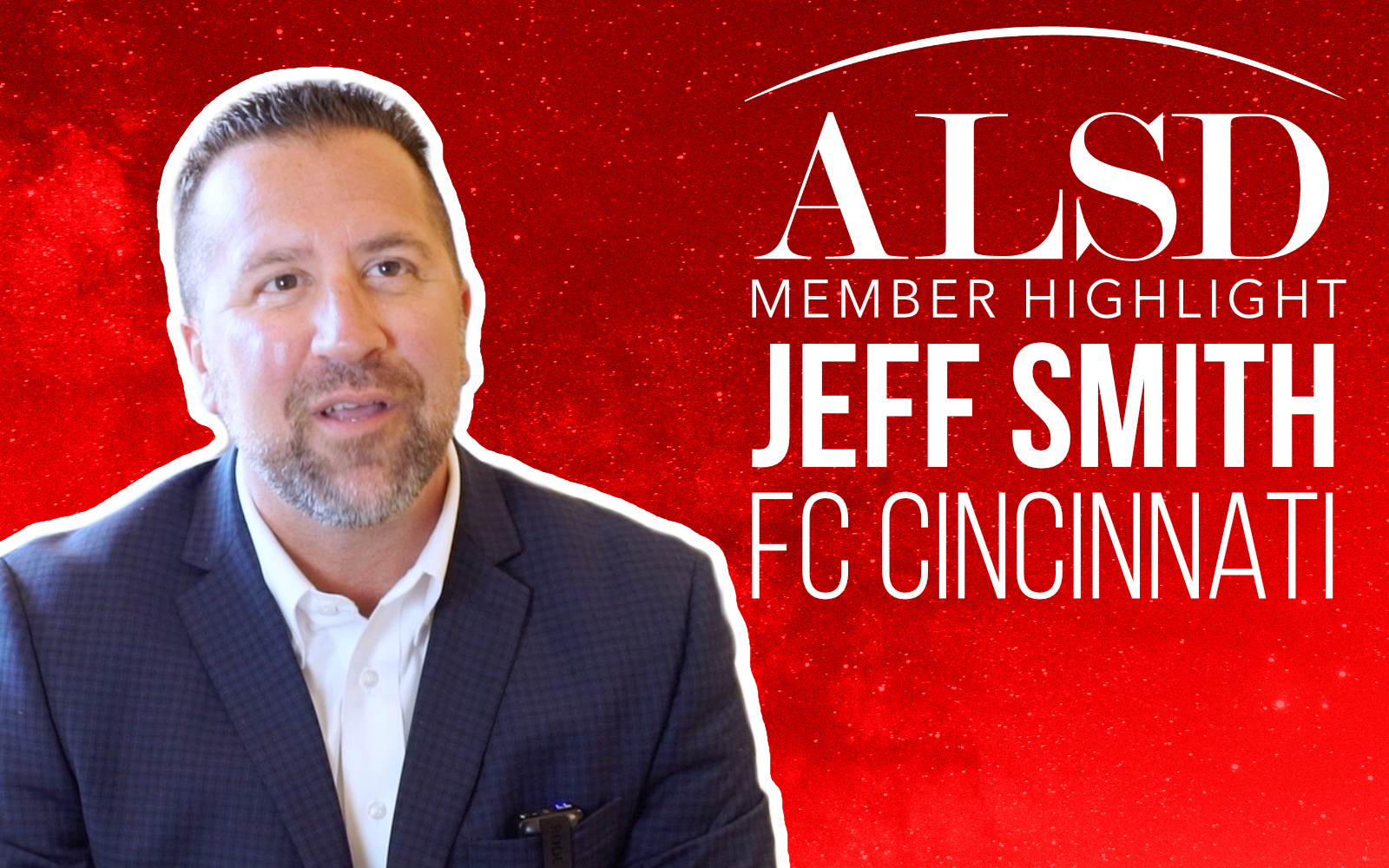 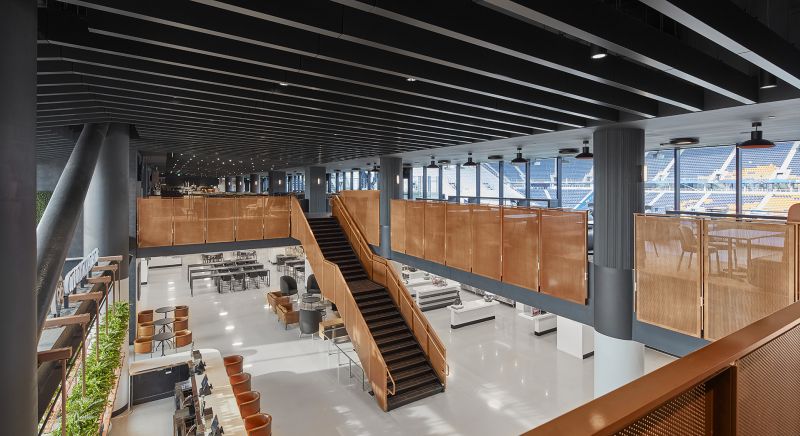 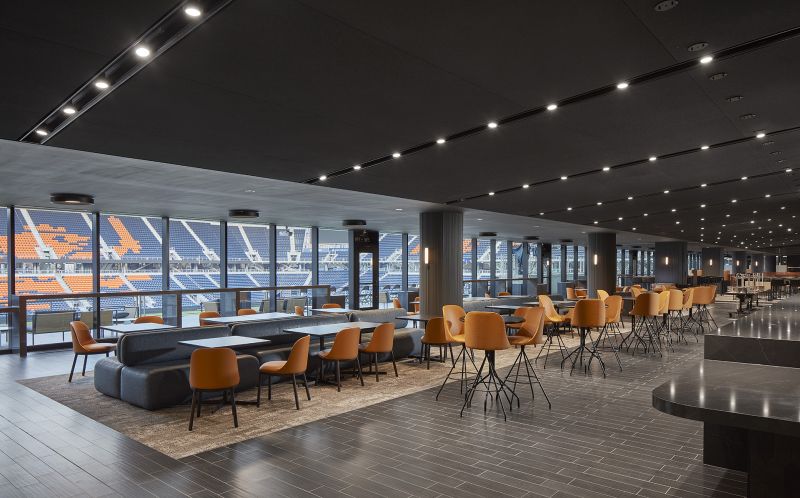 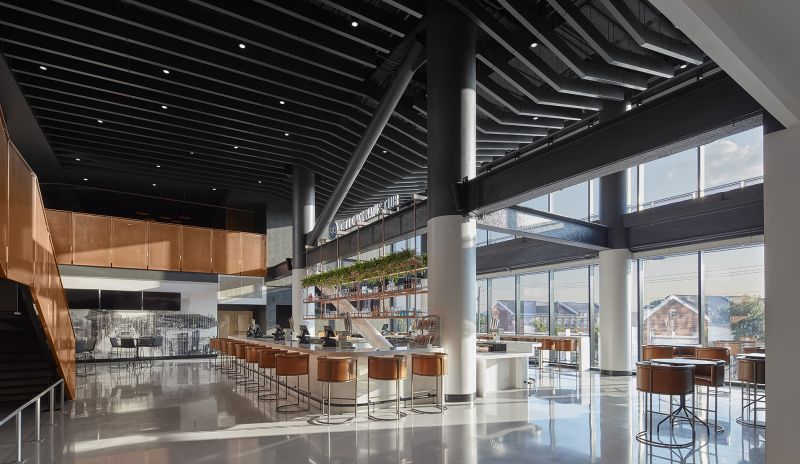 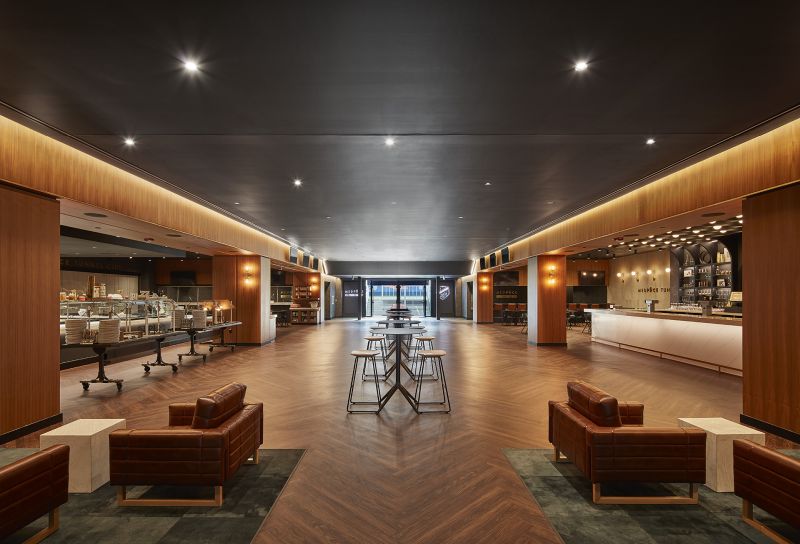 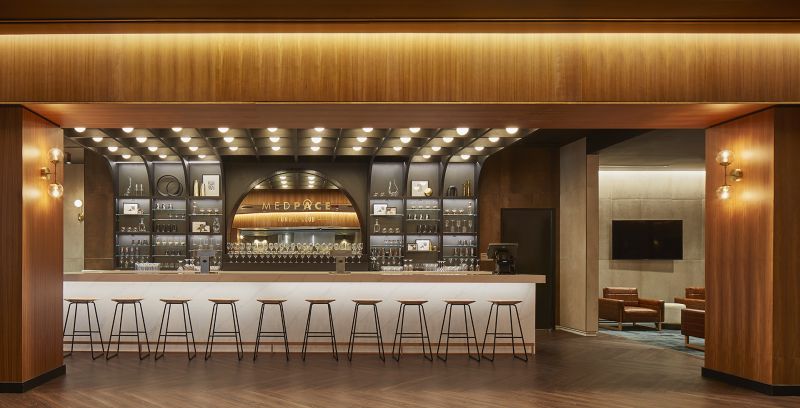 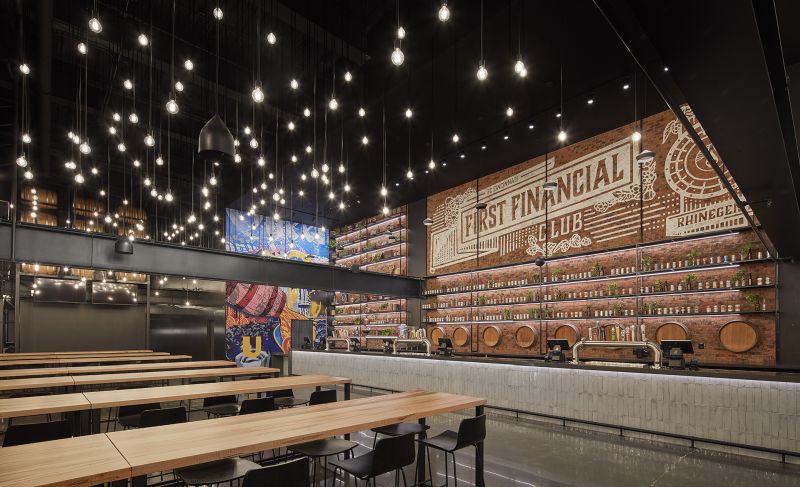 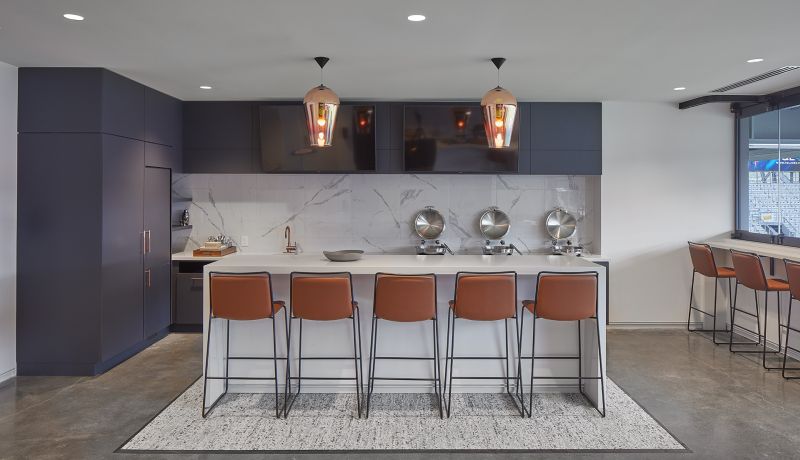 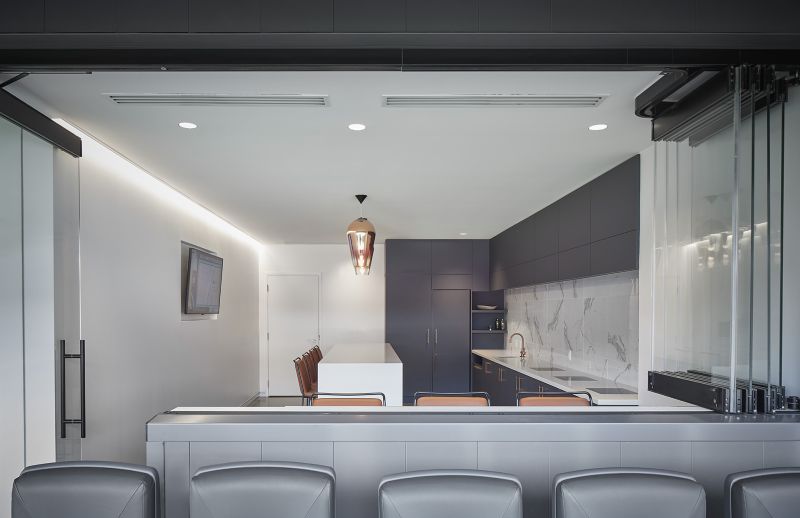 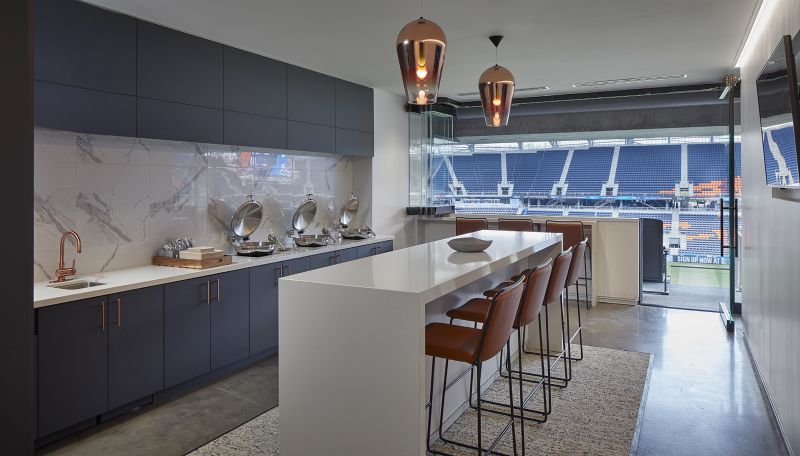 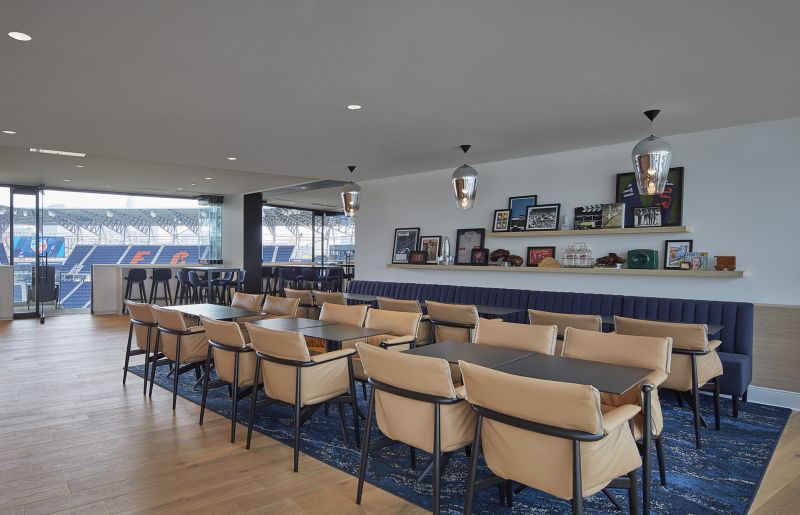 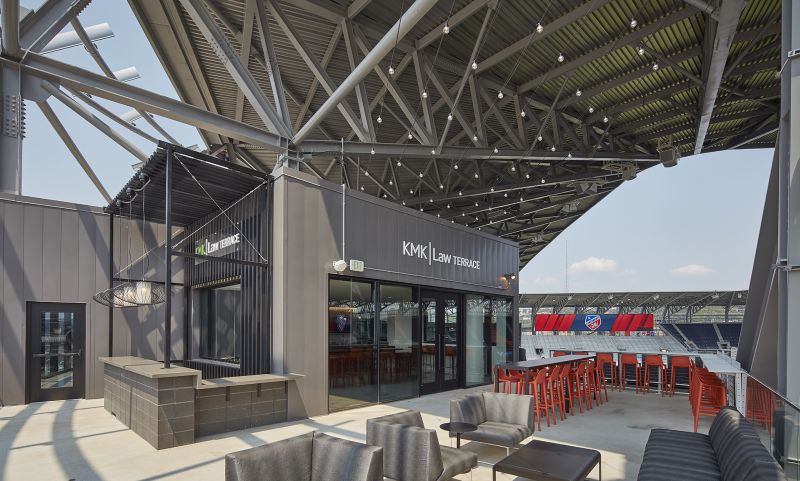 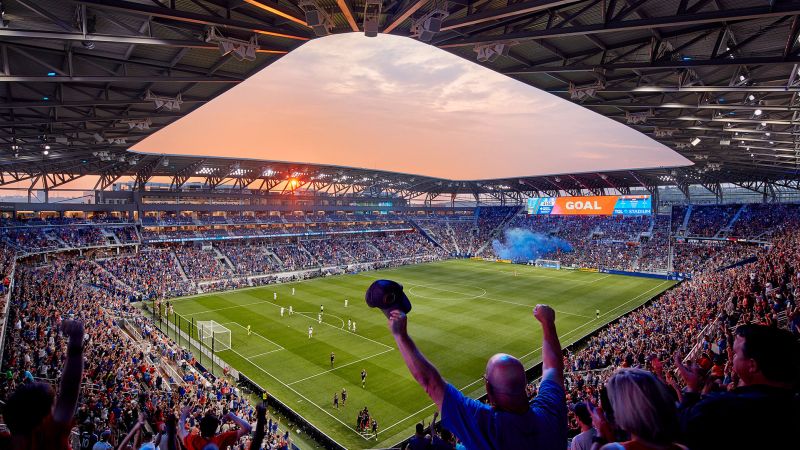 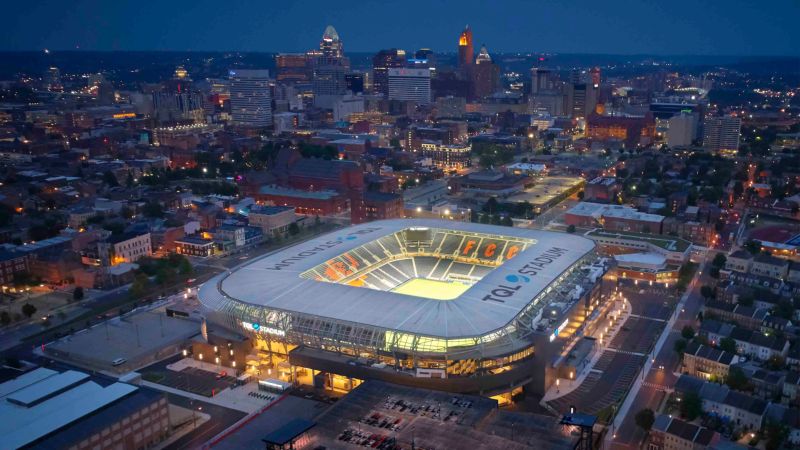 For Jeff Smith, talking with fans and understanding how to weave the culture of the city into FC Cincinnati was a first step in achieving the dream.

Smith highlights this dream to inception, and how TQL Stadium is setting the bar for communal and premium spaces in the MLS that speak to past, present, and future.

The ALSD was lucky to tour TQL Stadium and interview one of the most eloquent in the business, who sells the story and the spirit of FC Cincinnati like a bedtime story.

How did you land at FC Cincinnati?

The beginning of my career started in college athletics. I spent time in Alabama and the previous 15 years at the University of Cincinnati, where I was an associate athletic director. After about five athletic directors, four head coaches and a lot of change, I think I was ready for the next opportunity and for something that I could help build and create.

Jeff Berding, who was at the Cincinnati Bengals for about 19 years, and I were close, so I reached out to him. He said, “I’ve got something we should talk about.”

He invited me to Paul Brown Stadium and said, “Shut the door. I want to tell you a little bit about this soccer initiative that I'm building here in Cincinnati.” He began to unravel this dream, this idea, this concept of bringing professional soccer to Cincinnati. My first reaction was dubious, leaving the University of Cincinnati for a semi-pro soccer team. But then, he began to talk about the vision and how this would be built for MLS and how Cincinnati is positioned as a major league sports town to support soccer at the highest level.

He began to unravel more information about the project like playing at Nippert Stadium, and probably most importantly, how Carl Lindner and the Linder family would serve as the majority owners of FC Cincinnati. The opportunity of autonomy, to build, in an entrepreneurial spirit was attractive and it was time to make the leap of faith.

I joined FC Cincinnati as employee number two, with a grandiose vision and concept of bringing professional soccer to Cincinnati.

How did you build support and begin to understand what the city desired?

We began working with corporate partners and youth soccer initiatives and most importantly, we went to the fans. We literally would go to the pubs and the taverns in town, and we would meet with soccer fans and talk about, “If we brought this club, if we started professional soccer, what would you want to see? What would it look like?”

We began to build a club around a fan base and there was incredible ownership, incredible equity with these fans. They were very, very much a part of the club. They had that ownership value of the club.

We joined the United Soccer League, the largest and fastest growing professional soccer league in America. At the time, the teams were averaging about 3,000 in match attendance. In year one, FC Cincinnati averaged over 17,000 fans a match. After our very first match, when we shattered the USL attendance record, we knew we were on to something. We had to take our business plan and throw it out the window and start over and we did.

Basically, we were able to build a cultural phenomenon in the city and we did it on the on the shoulders of being fan friendly, visible in the community, and building a winning brand in the city. Those are three things that sound so simple and yet are difficult for professional organizations to pull off.

When did FC Cincinnati make the jump to the MLS?

Through the course of time the club continued to grow. In year one we averaged 17,000 fans, then 21,000, then 25,000. Before long we had the eyes of MLS and in three years, we were brought into the league for Major League Soccer, the highest level of soccer in America.

We had a lot of work to do, and the stadium component was a big one. So, we were off and running with design and research to build the most intimate and exciting soccer-specific stadium in America.

Did you also weave the city into the stadium concept from go?

It was very important for both MLS and FC Cincinnati that this stadium would be integrated into the city itself, so we selected the west end of Cincinnati, which is one of the most historic neighborhoods of Cincinnati, but also the area of the city that was undergoing the most renaissance, growth, buzz, energy, and excitement. 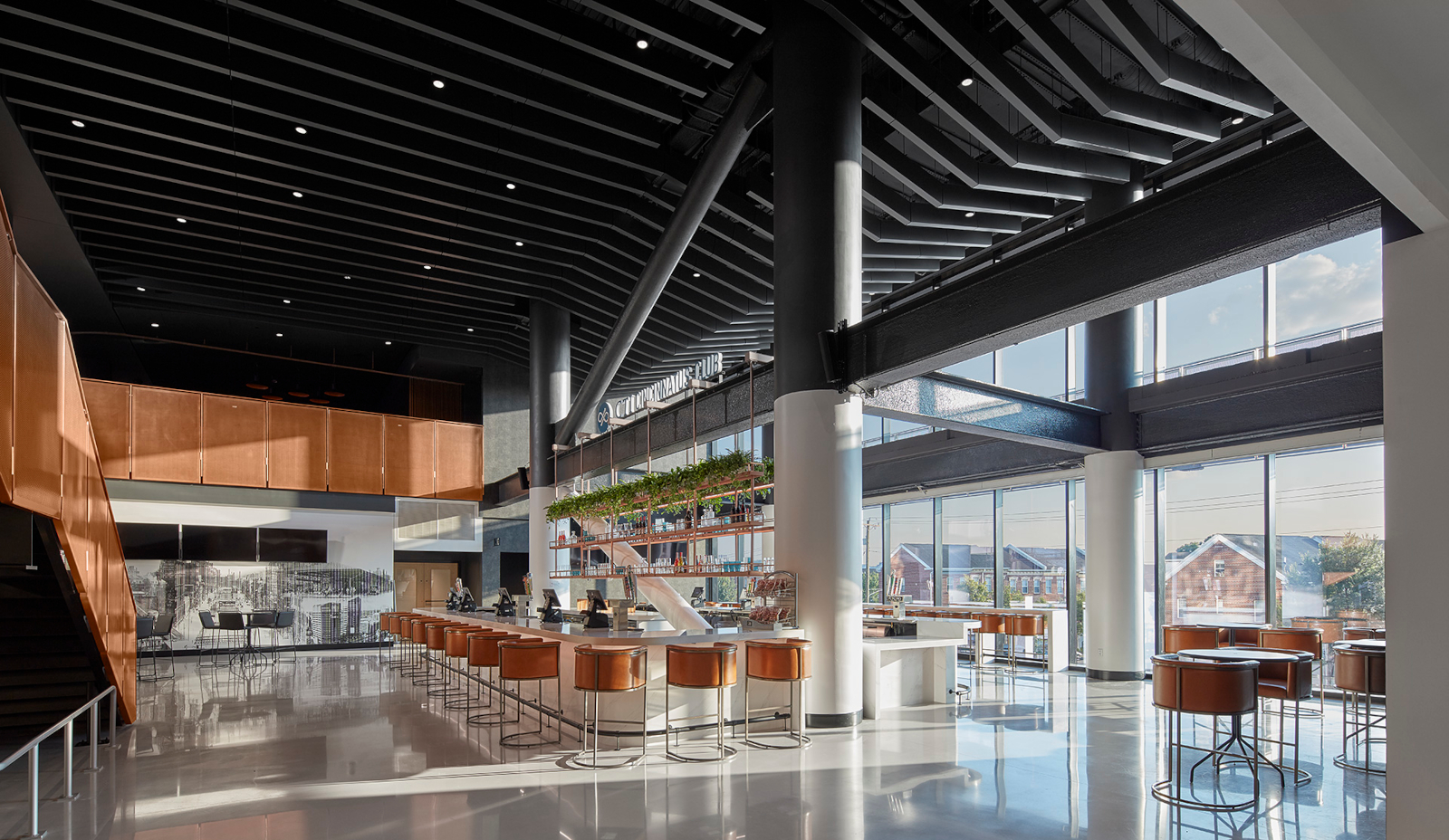 We traveled the world, did our homework, studied soccer specific stadiums, traveled to Europe. From each visit, each stadium, we brought back a little bit of something that we wanted to see here in Cincinnati yet holding unique to our vision and our cause.

The common denominator we brought back was that we wanted to build a soccer-specific stadium with incredible destinations in the building and also incredible sightlines, intimacy, and proximity to the pitch. Soccer is very different than other professional sports. The energy, the passion, the singing, the smoke, the flags, the chanting, that's a part of our game day atmosphere. We wanted the fans to be on top of the action.

Can you detail the premium areas created in the stadium?

The vast majority of soccer-specific stadiums in America have about 2,000 club seats and approximately 20 suites. For FC Cincinnati, we built 53 suites and 4,500 club seats, all in different destinations with a different story and a different approach.

From a staffing standpoint, with the greatest number of premium assets in any soccer-specific stadium in America, we need quality individuals to execute and bring these to life. Currently at FC Cincinnati, we have five dedicated professionals to sell all our premium experiences. Season tickets, season-long suites, game day activations, single-match suites, corporate outings, season tickets in all our club destinations on our terrace, and the Legends Room, comes through this group, which I oversee. All of our club destinations are currently sold out for the 2022 season and have been since TQL has been built.

Let’s talk more about the “destinations” you mention.

Our first premium destination is our Tunnel Club. This ultimate premium fan experience, home to about 390 season ticket members, is all you can eat, all you can drink, an incredible atmosphere. The post-game press conference takes place in the space. Your seats are literally on the field. If you're in the front row of the Tunnel Club, your feet are on the pitch. We bring the teams, both home and away, through this space on their procession onto the field. The food and beverage experience is top notch. There's no place like it in the city.

Our second main premium destination is called our Pitchview Club, the only club with a view of the pitch. This is home to about 900 season ticket members and is an all-inclusive space that brings a unique sightline and unique a vantage point to our fans. Seats are incredibly close to the pitch and a unique outdoor viewing deck also allows fans to socialize pre-game, halftime, and post-game. Think of warm summer nights… an incredible social environment for our fans.

Our third significant premium destination is called our Cincinnatus Club, a nod to the city of Cincinnati itself. Our fan base skews very aggressively to a civic minded. People in Cincinnati love their teams. They love their city, and this is a nod to it. This is not an all-inclusive space, but a beautiful home to about 1,100 of our season ticket members, and involves a la carte food and beverage options, unique seating locations on the west side, and close proximity to the field.

Our fourth premium destination is called our First Financial Club, which is on the east side of our stadium and is our largest premium area. It's home to over 2,100 season ticket members. Again, when we built this stadium, we wanted to build unique premium destinations, each with its own story, seating product, and food and beverage experience. The first financial club delivers all of those.

This club is a nod to the rich beer history of Cincinnati. In the club, you see artifacts, you see history, you see a nod to the local breweries and it's a very unique social dynamic, with community tables, a communal atmosphere, and a tremendous space for non-game day experiences.

Your team found a hidden gem in this space, right?

Fans who come into this area quickly look at it as a destination not only on game day but for weddings, receptions, banquets, and holiday parties. It's quickly become a fan favorite for all our fans here in Cincinnati.

How will the community continue to be part of the stadium and mixed-use development experiences?

When we built TQL Stadium, first and foremost, it was for the first team in mind, for the soccer experience here in the city, and to make sure that we have the best fan experience in all of Cincinnati. But make no mistake about it, this is a 365, year-round facility. Coming out of the gate, and coming out of COVID, we were nervous about what that would mean, but it has exploded with interest in the city and the region.

We talk about non-game events in all of our premium areas. We have brought in weddings, receptions, banquets, and seminars. Bringing people closer to FC Cincinnati through outside of events is a top priority.

We have an event team in place who had great success in year one. Building on that foundation for year two, we look to bring in additional resources and outside events to the stadium.

TQL Stadium has been tremendously successful because our ownership group had a vision of a stadium with integration into the city, especially the uniqueness of our destinations and the partnership with the neighborhood. We are integrated into the energy, the fabric of the city, and the renaissance and change and growth of this professional sports town. It's being a neighbor to the west end.