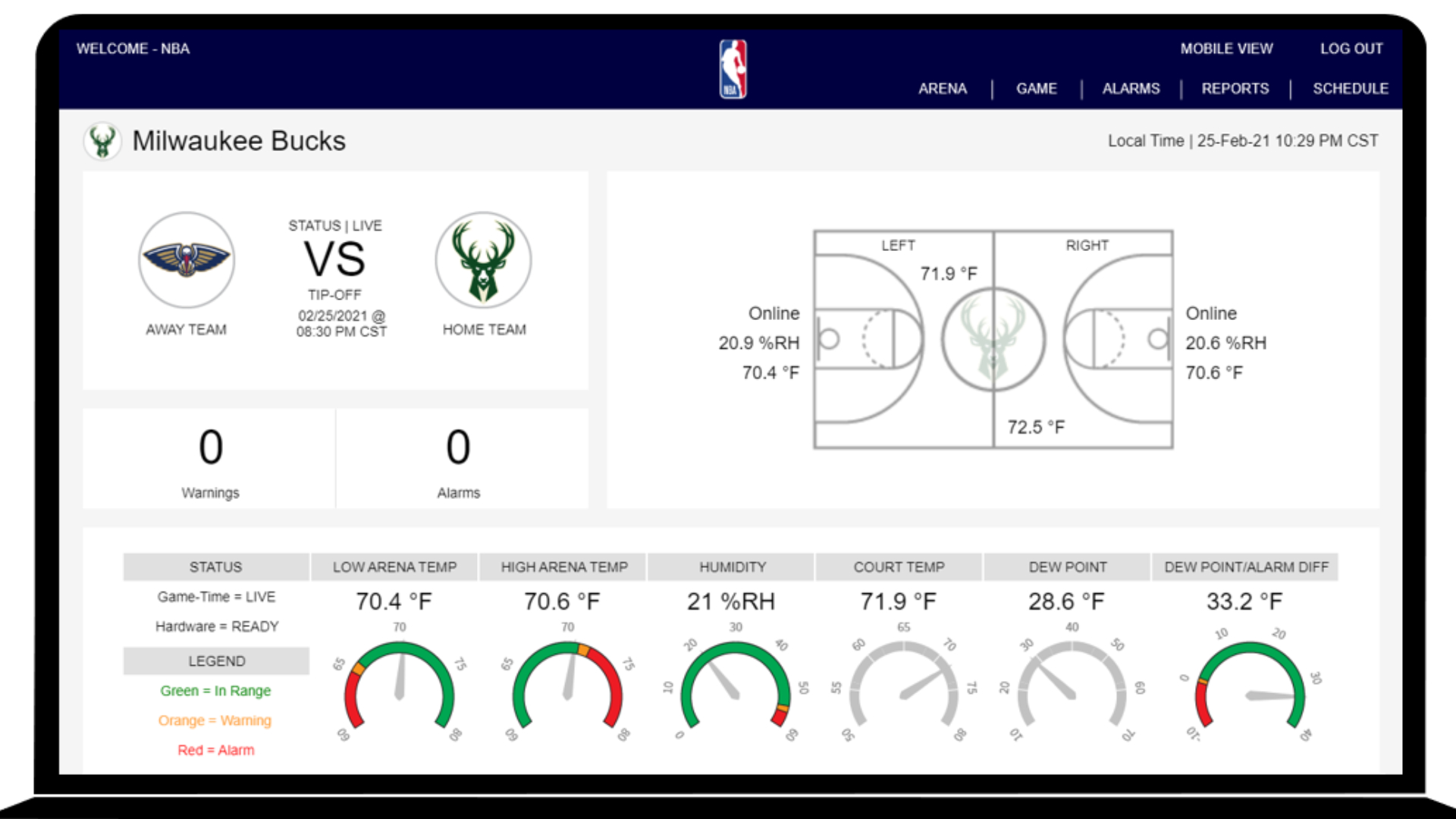 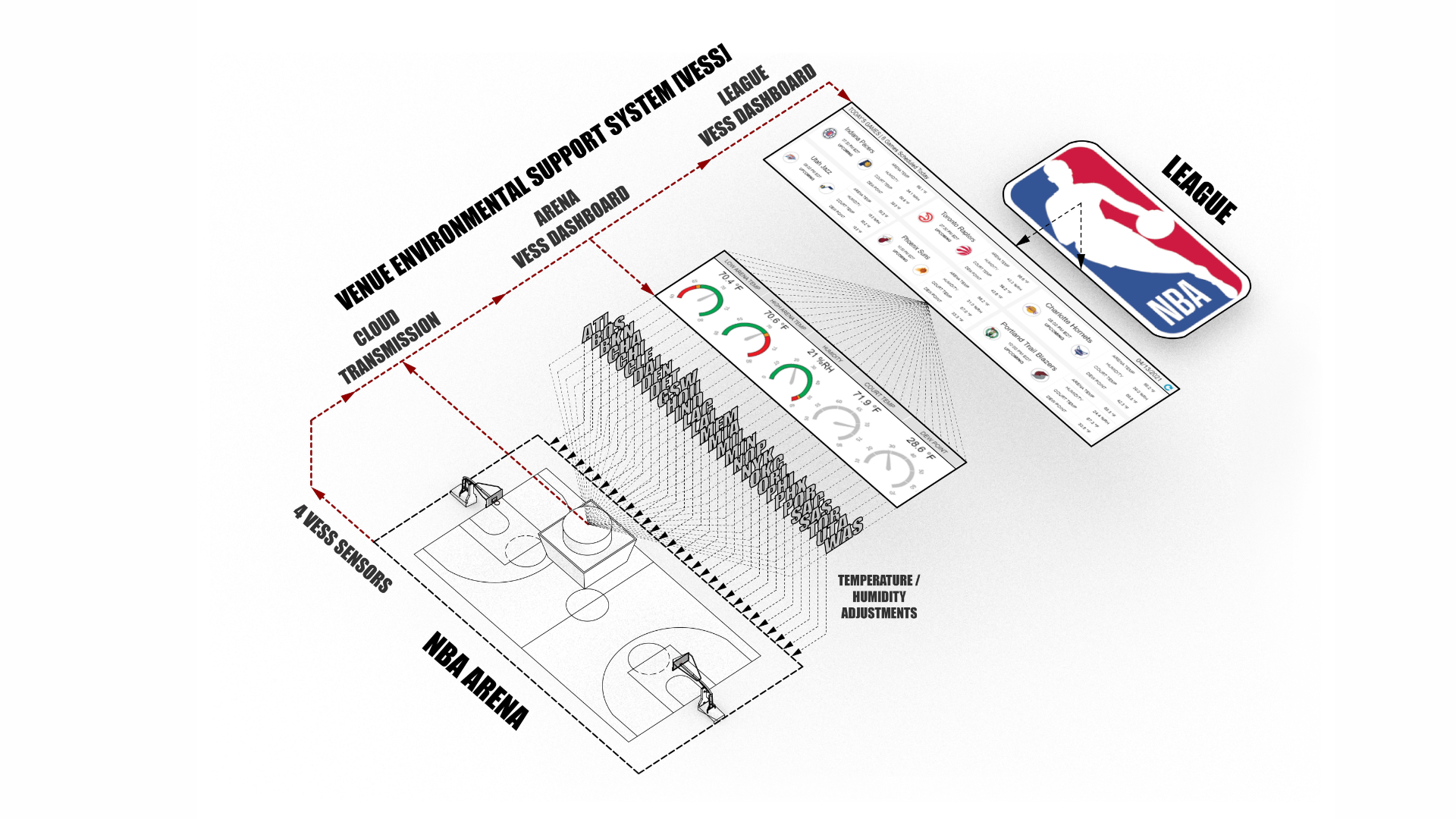 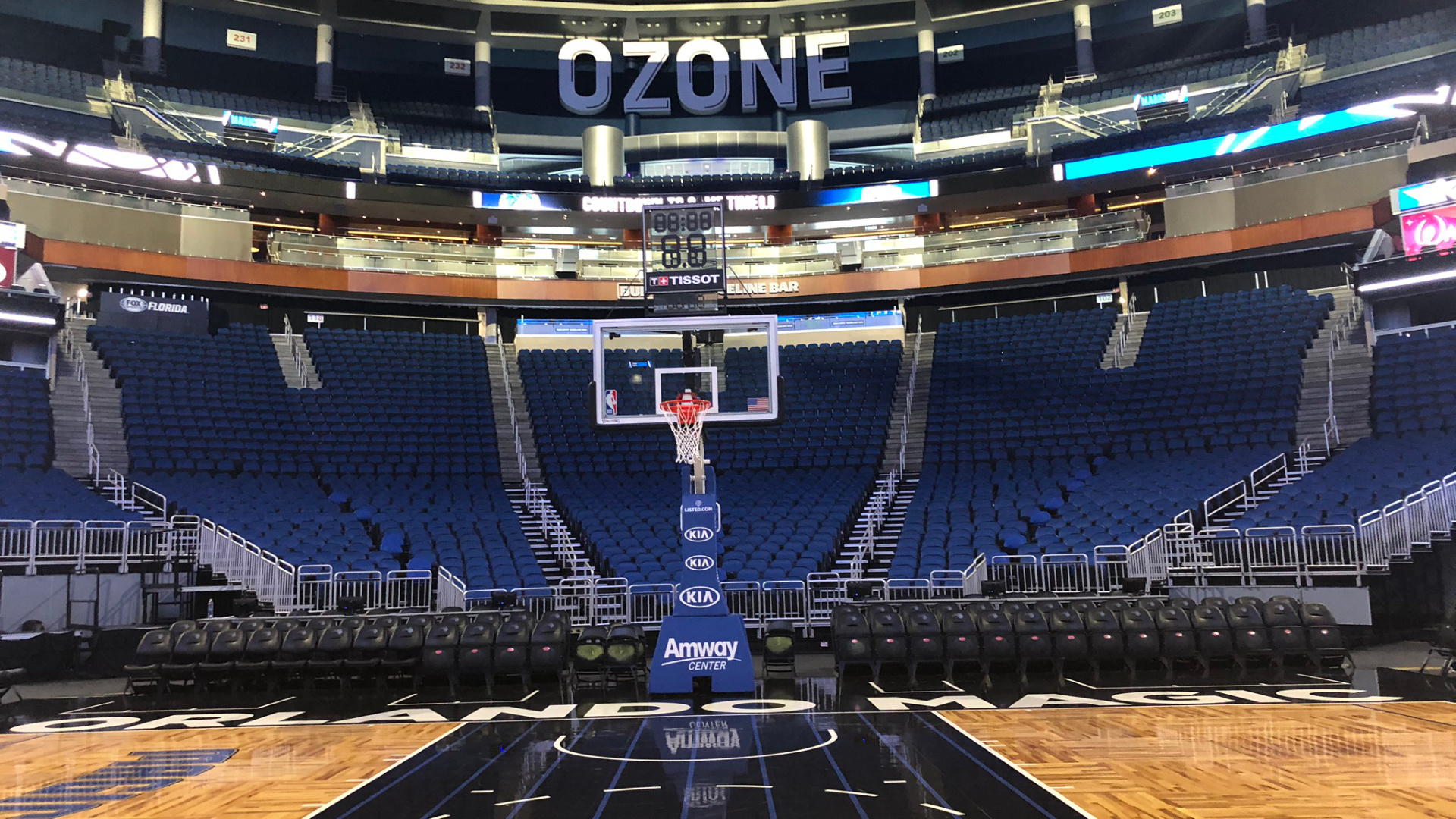 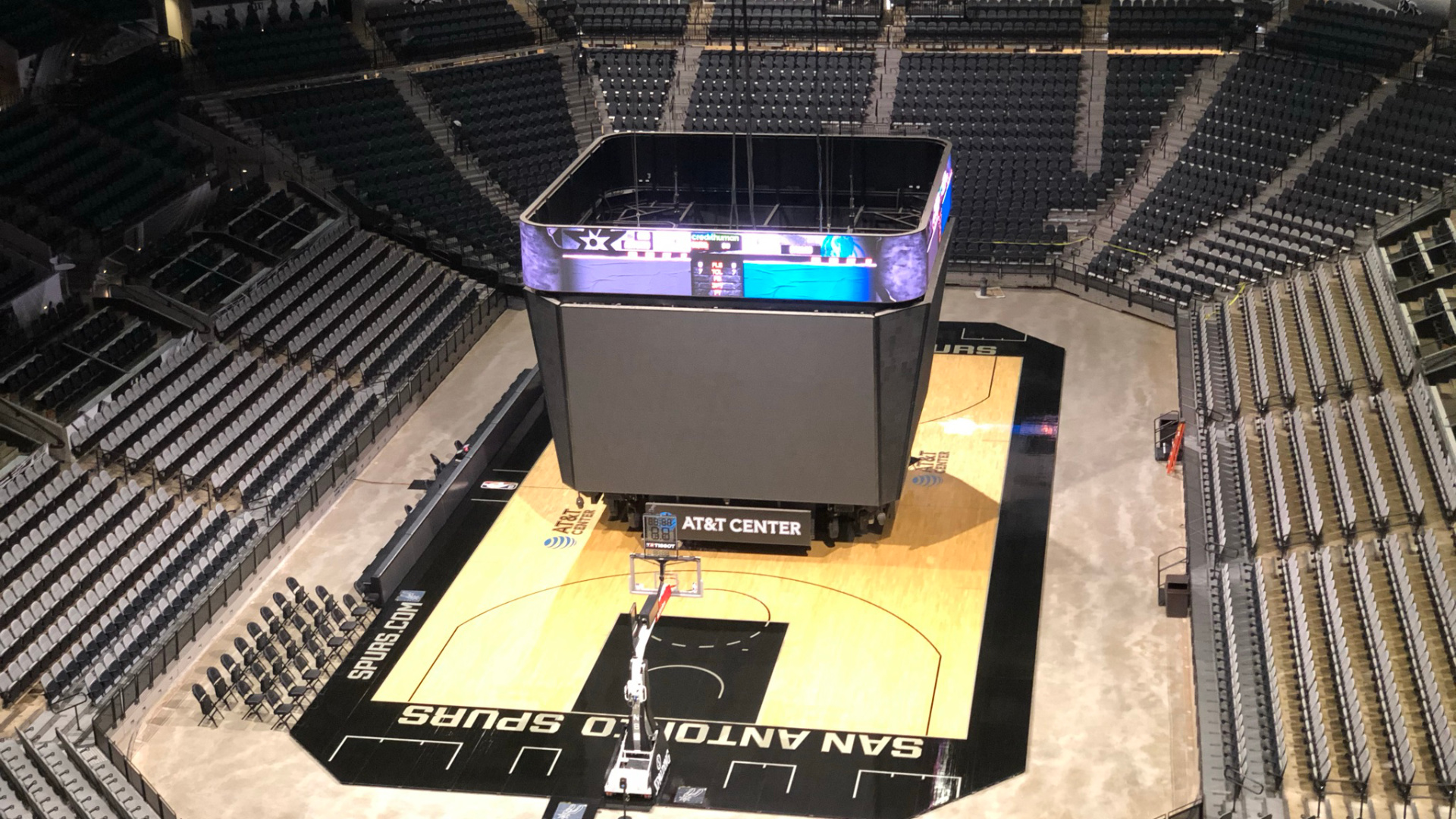 Prior to development of this innovative monitoring system, environmental monitoring in arenas did not occur in real time and critical data that impacts play were not captured on or around the court. Data would be gathered from a variety of points away from play, which prevented the league and buildings from being proactive in addressing temperature issues and dew point concerns that could lead to condensation on the court.

The revolutionary new system uses both infrared technology, which captures data on the surface of the court, and static equipment on each stanchion, which alerts gameday personnel of temperatures beyond NBA Standards about the potential risk of court condensation. The system provides access to real-time accurate building temperature, humidity and dew point data without relying on each arena’s equipment or for each venue to self-report. Equally important, this system now provides the NBA and arenas with an early warning of potential temperature and condensation issues where previously issues when issues would occur, it often too late to correct before game play. The Venue Environmental Support System (VESS) was rolled out this past season to all 29 NBA arenas. The system independently monitors an arena’s temperature, humidity and dew point levels at the court to ensure that NBA Standards are being met. The system also provides optimal player safety on the court, alerting necessary personnel of any issues in advance so they can react and prevent negative conditions directly impacting a game.

In doing so, the VESS has allowed the NBA and all 29 arenas:
• To be more engaged and proactive to changes in temperature conditions;
• To run comp reports against their own arena Building Management System (BMS) to determine system accuracy and address issues;
• To access real-time data (temperature, humidity, and dew point) at the court level via a web platform and mobile app;
• To not be dependent on building personnel or BMS sensors that the NBA does not have access to;
• To access accurate court measurements by means of consistent equipment and sensors positioned in the same location across all 29 venues;
• To supplement the arenas’ existing building system sensors (typically located in the vomitories or upper levels);
• To receive text and email alerts when conditions go beyond NBA Standards or reach high condensation levels on game days; and
• To analyze data for future uses and to conduct studies on court conditions and potential impact to the game.

Data and information is now available immediately from almost any location via our online app. With this game-critical information, arena operators can now actively engage with the VESS throughout the season and have already integrated it into their game-day operations. This has adjusted their Building Management Systems by using the VESS data prior to and during games to ensure optimal interior conditions and player safety at the court for NBA games. Beyond game day monitoring, the temperature and humidity data from VESS has allowed arenas to proactively identify infrastructure issues in their mechanical systems that require repair, and to evaluate improvements for building system operations for future NBA games.